Accessibility links
Did You Hear The One About The Stand-Up Comedian And The Podcast? : All Tech Considered It used to be that a TV appearance was the key to success for comedians. In the past five years stand-up comedy has seen a global revival thanks to the Internet, and in particular, thanks to podcasts.

Did You Hear The One About The Stand-Up Comedian And The Podcast?

Did You Hear The One About The Stand-Up Comedian And The Podcast? 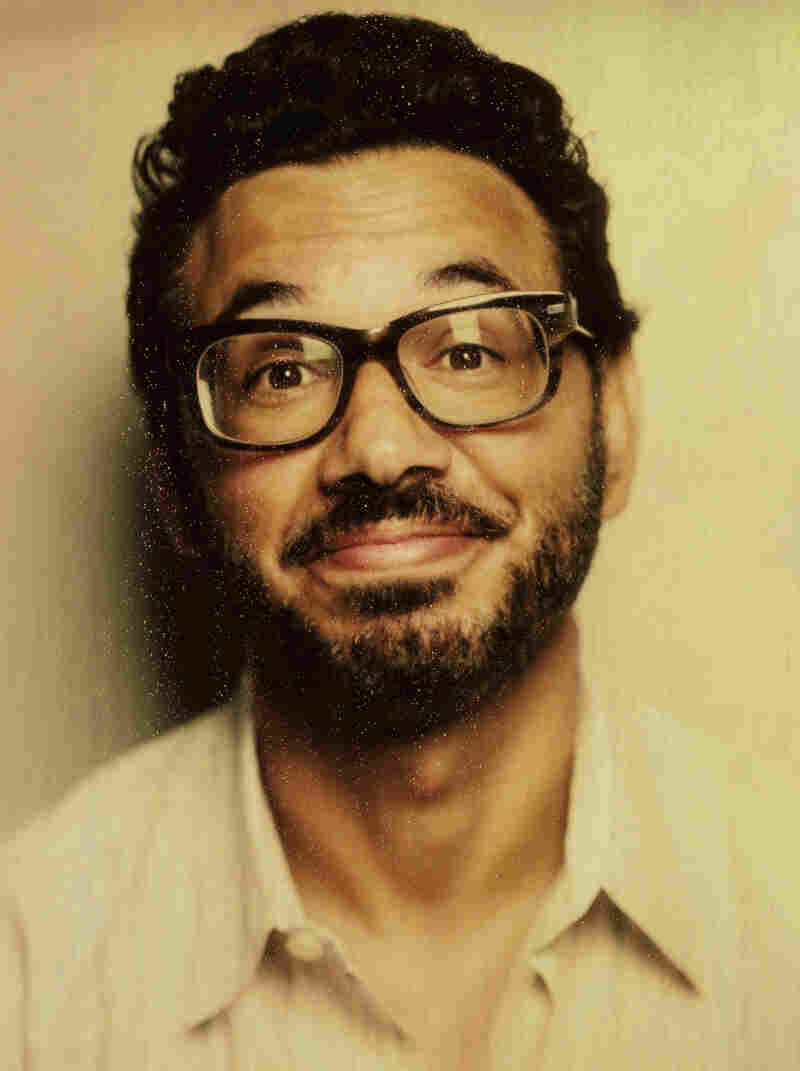 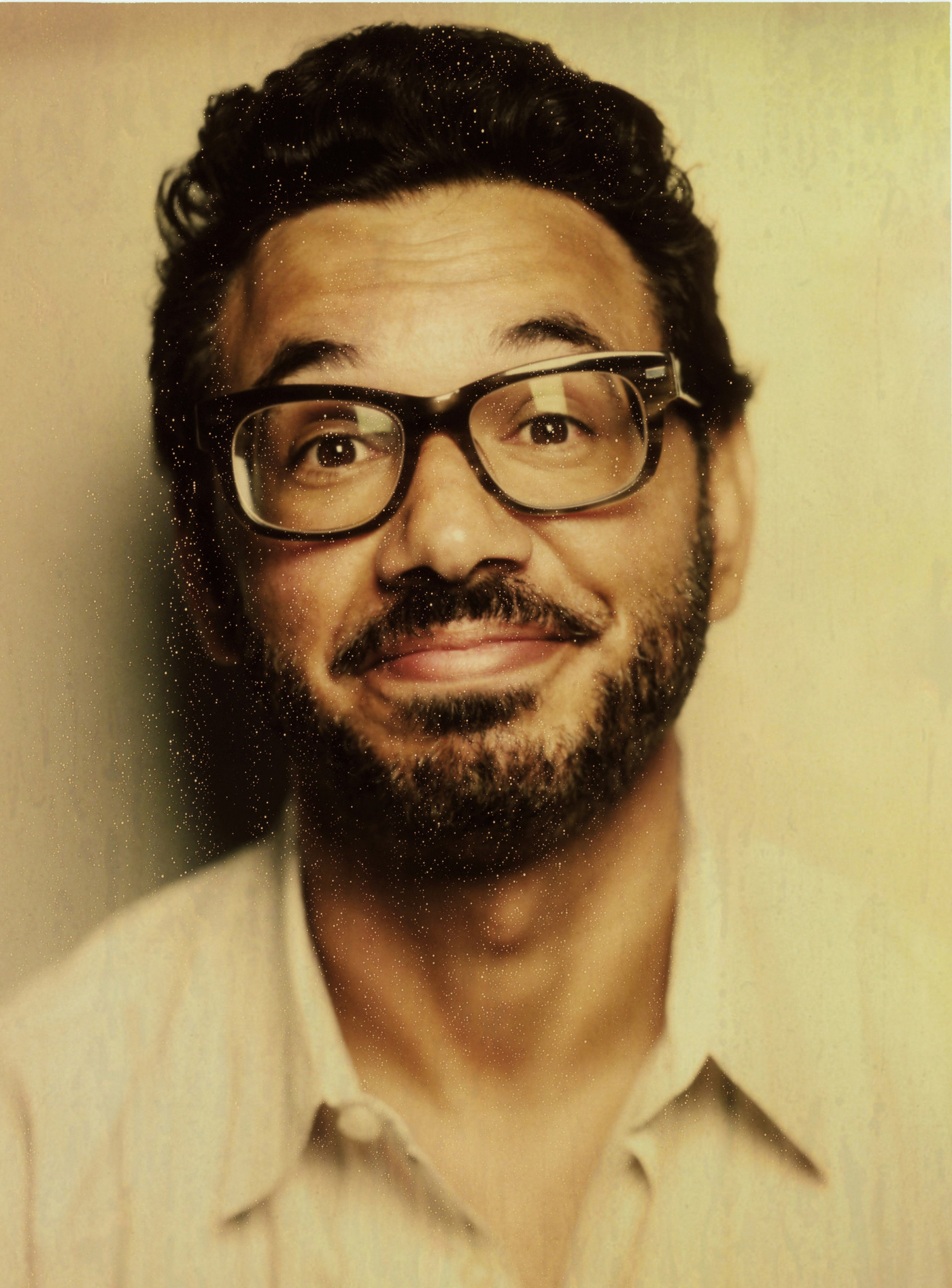 Comedian Al Madrigal co-founded All Things Comedy, a hybrid network and cooperative of more than 50 podcasts.

Much has been written about the success of Marc Maron's WTF podcast. What you may not know is that his story isn't an aberration. In the past five years stand-up comedy has seen a global revival thanks to the Internet, and in particular, thanks to podcasts.

The comedians most of us know are the Cosbys, the Carlins and the CKs: guys who scored a sitcom or a late-night show. To get exposure, comedians had to get on TV and they had to do it consistently in order to cultivate a public persona that would bring people to their shows. Television was the portal that could bring a comedian to national headliner status.

In those days there were fewer comedians: It was just too difficult to get people to see and remember them. And the craft itself was different: To "make it," you had to be able to do clean material that could please as many people as possible in five short minutes.

Today, comedians like Ari Shaffir — whose material is decidedly unclean — no longer need or want to fit into the mold of "TV comedian" to find an audience. Thanks to Twitter, YouTube, and crucially, thanks to his podcast, Ari Shaffir's Skeptic Tank, Shaffir has found an audience that attends his shows around the world. (For those unfamiliar with the genre, it's no more complicated than a radio show on the Internet.)

Shaffir says he noticed more people coming to his shows three or four years ago after appearing on his friend and comedy heavy-weight Joe Rogan's podcast, The Joe Rogan Experience. The response caused him to start his own. And though he readily admits that it generates little money on its own, the podcast helps draw audiences to theaters and clubs around the world as he tours.

Today, the average American probably still has not heard of him, but he's performed in China, Australia and Switzerland in the past year alone.

About 200 comedians appeared in Montreal throughout July for the 31st annual "Coachella of Comedy," as vice president of programing Robbie Praw called the Just for Laughs comedy festival. "If you're not here, you're not in the industry," he says.

Praw has loved comedy since his childhood. "It used to be you had 10 stars at the festival and 190 people that no one had ever heard of," he says. "Now we've got 180 guys that people have heard of and ... all of them have constituencies."

So, though the superstars like Don Rickles and Seth Rogen still draw the largest audiences at the festival, podcast comedians like Maron, Shaffir and dozens more are bringing fewer, more devoted fans to their shows. "Stars have formed in our business purely from the podcasts." Praw says.

Why? Because comedy is an intimate medium. For fans of the genre, podcasts provide an unadulterated view into the comedian's mind. Shaffir's fans can attest to knowing his most intimate beliefs about religion, drugs, sex and everything in between. Those who share similar philosophies become devotees who go to shows and buy T-shirts and albums. One of comedy podcasting's godfathers, Adam Carolla, has raised nearly half a million dollars from his fans to fight a patent lawsuit — and that's without giving away a single tote bag.

The trend has had an impact throughout stand-up comedy. "At The Comedy Store, night after night, the crowds are fuller," Shaffir says. "It used to be Tuesday at 9 you'd have to start with six people. Now you come in on Tuesdays and it's 100-plus people and you're like, '... Really? On a Tuesday?' Three years ago the crowds started getting fuller."

Podcasting fans don't just support the podcasters they like. They've contributed to a boom in stand-up comedy that's given dozens of comedians like Shaffir a chance at lasting success.

The boom has not gone unnoticed. Shaffir recently joined All Things Comedy, a hybrid network and cooperative which since October of 2013 has grown to over 50 podcasts and even more comedians.

Al Madrigal, the network's co-founder along with fellow comedian Bill Burr, envisions the project becoming "one of the leading digital comedy networks," expanding its roster of comedians and podcasts, releasing more albums (the first was released Aug. 8), and moving into branded content.

Their network is certainly not the only one of its kind, and if Madrigal, Burr and their contemporaries are correct, there's extraordinary potential for these networks to capitalize on those swelling crowds in the years to come.