Accessibility links
Digital Guru May Need More Power To Remake Government IT : All Tech Considered Mikey Dickerson is the administrator of the new U.S. Digital Service. But it's still to be seen whether the former Google engineer's team will have enough authority to make wholesale changes. 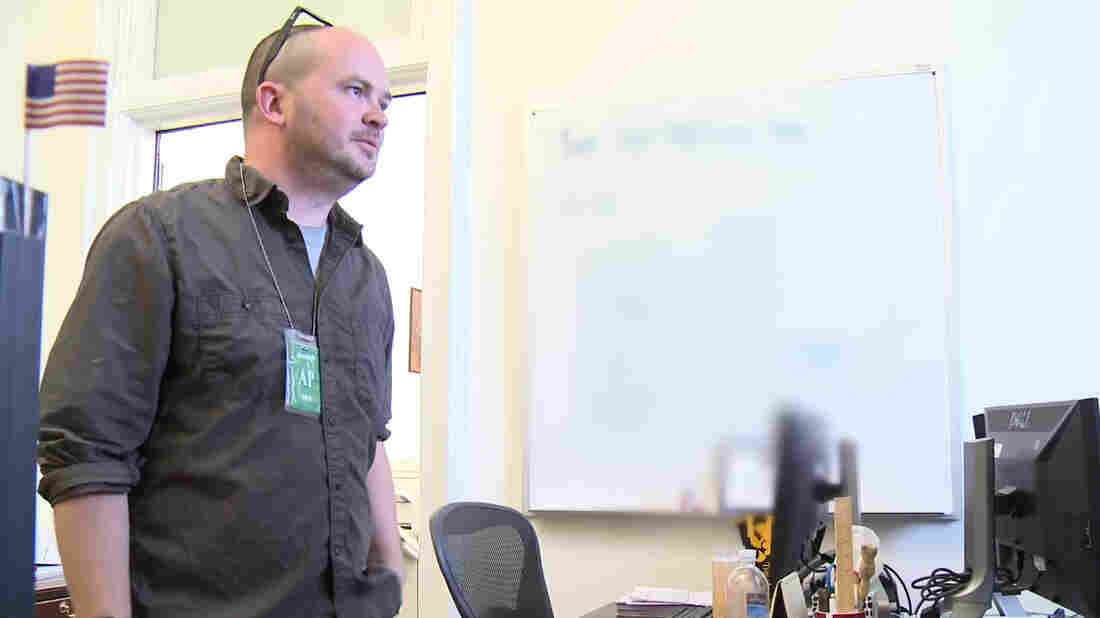 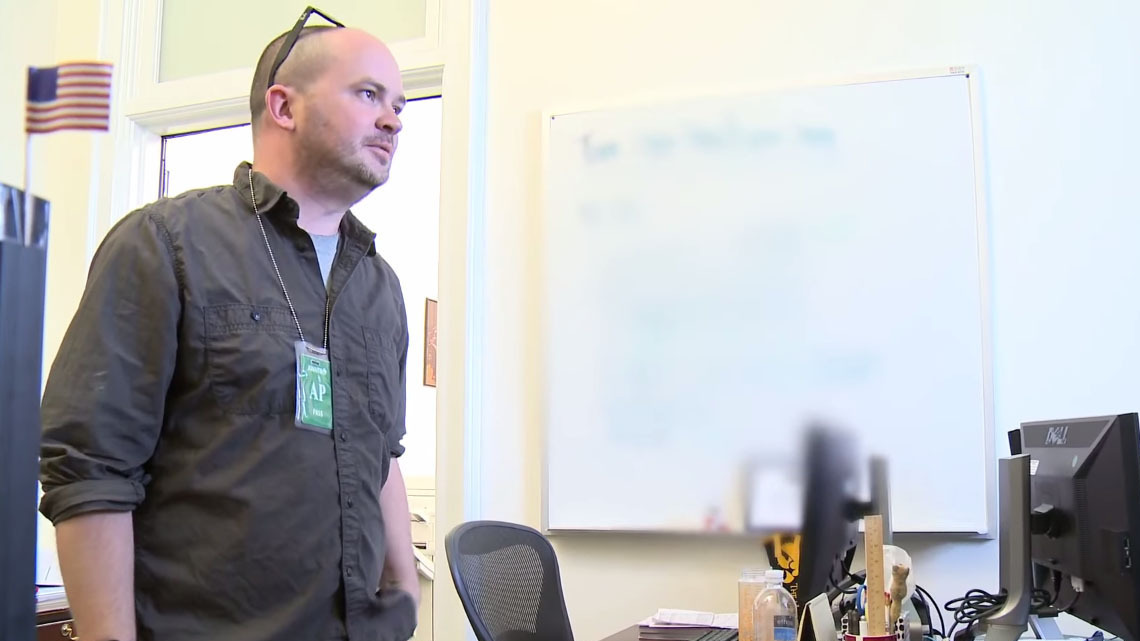 Mikey Dickerson is the administrator of the newly created U.S. Digital Service, which is aimed at making government websites more consumer-friendly.

They say clothes make the man (or woman), but do they make for better government policy?

Mikey Dickerson is the administrator of the newly created U.S. Digital Service, which the White House describes as a "small team of America's best digital experts" that will work on making federal websites more consumer friendly.

Dickerson, a former Google engineer who helped rescue HealthCare.gov from technical disaster, says he won't be wearing suits most of the time at his new job.

In a White House video documenting his first day at work, Dickerson says people "want to know if I'm wearing a suit to work every day, because that's just the quickest shorthand way of asking, 'Is this the same old business as usual, or are they actually going to listen?' "

"The government shouldn't be a thing that you automatically dread," Dickerson says. "Things like filing your taxes, this is on the list of things that people ... usually mention in the same sentence as like going to the dentist ... . It's probably never going to be exactly fun ... . [But] things like that should be a process that you go through and immediately forget about because it wasn't any big deal."

But it's still to be seen whether Dickerson's team will have enough authority to make wholesale changes in the way the government procures IT projects and runs its technology systems.

Last October, Clay Johnson, a programmer who worked inside government as a White House Innovation Fellow, noted the problems with HealthCare.gov and said the real "cancer" is how government selects its IT contractors.

This week, Johnson told NPR in an e-mail: "Having high level technologists inside of government at the highest levels certainly helps. I won't be totally sold though until the CIO [chief information officer] and the CTO [chief technology officer] of the United States excel at technology as much as they do management."

One Way Lawmakers Are Trying To Prevent Government IT Disasters

Government Tech Problems: Blame The People Or The Process?

In an op-ed piece last fall in The New York Times, Johnson and Harper Reed, the former chief technology officer of Obama for America, urged the U.S. to create a Government Digital Service similar to the U.K.'s agency, which they said "gives the government a technical brain."

Dickerson's new office will be operating with a U.S. Digital Services Playbook that includes 13 key "plays," or best practices, drawn from the private sector and government. They include:

"I think the plays themselves are great!" Johnson says. "But with all things, it depends on whether or not there's another shoe to drop here: an executive order with some teeth, or an act of Congress giving this department some teeth and budget. I have a lot of faith in Mikey — but unless the president starts taking this problem seriously soon, then it's going to be a problem for the next president to solve."

As for his work fashion, Dickerson says he is upgrading his attire from extremely casual.

"I'm not wearing a T-shirt," he says in the video. "I made some slight concessions. I'm wearing actual shirts with buttons and collars ... ."