Accessibility links
Uber Greases The Wheel With Obama's Old Campaign Manager : All Tech Considered Uber is hiring David Plouffe, the mastermind of Obama's 2008 campaign, to power its own political strategy. What can a tech-savvy political animal offer a ride-sharing service? 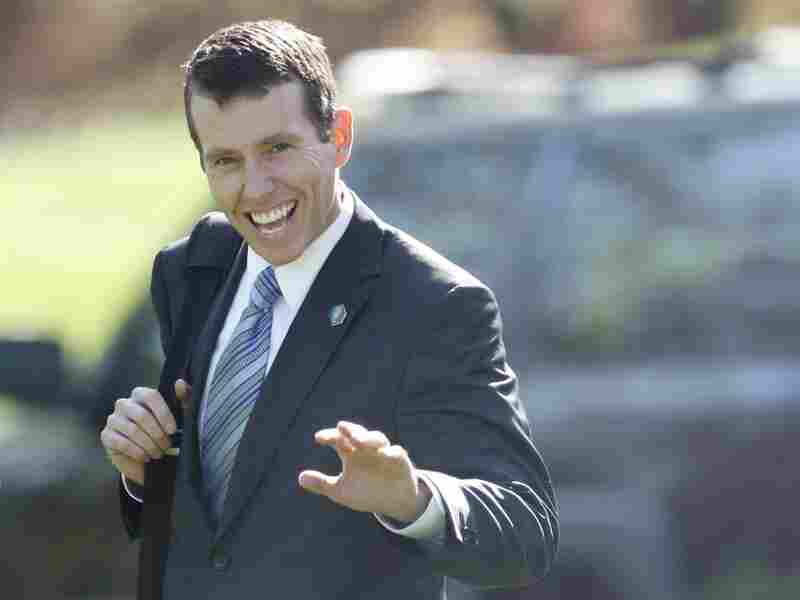 Uber is hiring David Plouffe, the mastermind of Obama's 2008 campaign, to power its own political strategy. What can a tech-savvy political animal offer a ride-sharing service? Charles Dharapak/AP hide caption 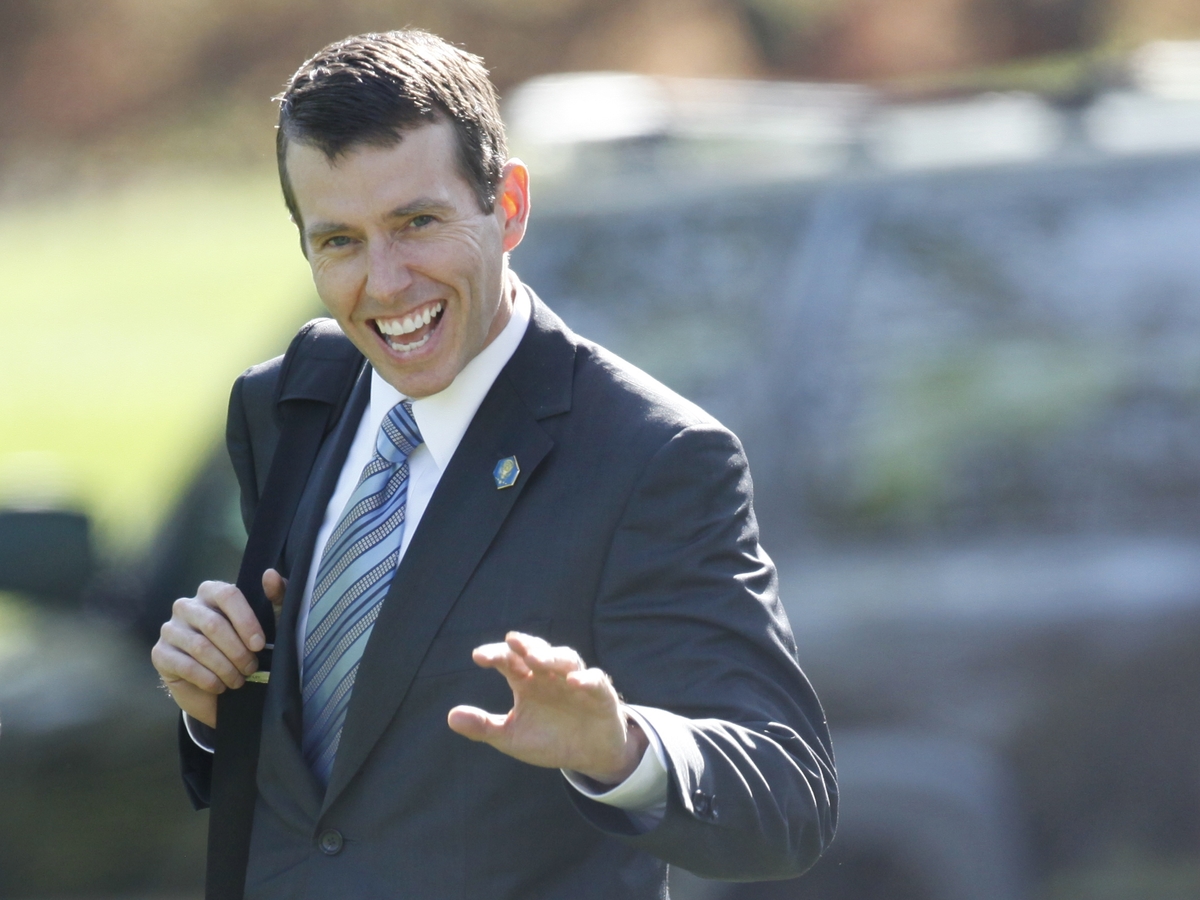 Uber is hiring David Plouffe, the mastermind of Obama's 2008 campaign, to power its own political strategy. What can a tech-savvy political animal offer a ride-sharing service?

President Obama's former campaign manager has gone to work for Uber. The ride-sharing start-up based in San Francisco has hired David Plouffe in hope that the political strategist who helped elect a president can steer the company through a thicket of local regulatory disputes.

Why does Uber need one of the best political strategists in the country?

First off, they can afford him. The company is valued at $18 billion. NPR tried to find out what Plouffe is getting paid, but Uber won't say.

They need the muscle, though. CEO Travis Kalanick is spinning this as one epic campaign of Silicon Valley innovation against the "big taxi cartel." Cabbies say that Uber is just a smartphone-enabled taxi and should be subject to all the same rules as they are. That level of regulation would really hurt Uber's business.

Take the question of how to insure part-time drivers, for instance. Uber's taken out a million-dollar insurance policy, but it's very limited. Some insurance companies have said they won't cover a car that's being used for commercial ride sharing. The rules are all over the map.

Plouffe could help Uber come up with a federal strategy to address regulatory attempts, so the company could lobby more efficiently than the current city-by-city campaigns. Kalanick talked about that at an Atlantic Live forum last November.

"I'm trying to find some angle where I can just say all this corrupt stuff just comes down to the federal thing," he said. Perhaps Plouffe can help get the Federal Trade Commission to intervene.

Uber won't get into the details, but presumably Plouffe is going to lead a big marketing push. That's what both of them hinted at when they appeared together on Bloomberg TV this week to talk about the partnership. Kalanick says he wants "to tell a story in the cities that we're going to."

Obama's 2008 campaign was a social media home run well before the app ecosystem on smartphones took off — remember all the homegrown sites and personal testimony.

We might see a MyUber app and stories about dads and moms able to pay the bills. Kalanick likes to tell a story about a dad who built an entire fleet — not just one cab on the Uber app — and he's paying for his daughter to go to Stanford.

Is this part of that revolving door between Silicon Valley and Washington D.C.?

Yes. It's a high profile example of a pretty consistent trend. The former mayor of D.C., Adrian Fenty, came to Silicon Valley to be a special advisor to a leading venture capital firm. Facebook has hired former Hill staffers. The cybersecurity start-ups in Silicon Valley are full of former Pentagon and NSA employees.

One unique thing about this partnership is that both parties are exceptionally good at spin. That's not always the case; Facebook is really struggling with how to frame its work as not creepy or manipulative, for example.

Uber sticks to a talking point that it's fighting for big principles like 'economic freedom.' Some people in Silicon Valley mock that a bit, saying the company is also just trying to get around driver safety regulations.

As Obama's campaign manager, Plouffe was the guy who told Politico about how rival John Edwards spent $400 on a haircut. That story came to define Edwards' unsuccessful campaign, and showcased Plouffe's savvy for opposition research. The taxi versus Uber narrative probably has lots of room for vivid, unflattering stories, too.

Uber plainly wants to be more than a car service. Just this week they started delivery service in D.C., experimenting with the transportation of goods as well as people. The so-called "Uber Corner Store" is a move into on-demand delivery services.

Also remember that Uber's money comes from Google Ventures. Google is in search of "moonshots," so maybe we'll see Uber fully integrate with Google Maps to connect people going in the same direction in a new, paid car-pooling service. That wouldn't just disrupt the taxi industry; it could affect buses and trains, too.

Uber has also partnered with AT&T to embed the Uber app into smartphones and just opened its API to developers who want to find interesting new ways to embed Uber's services in other platforms.

As for Plouffe, he's a political operative who loves technology. Right now, there are a bunch of tech start-ups making get-out-the-vote apps. Maybe Plouffe will do his stint at Uber, milk all the amazing Silicon Valley contacts and bounce to his own start-up.