Accessibility links
Native Stories From Alaska Give Gamers Something To Play With : All Tech Considered The video game Never Alone draws on a traditional Inupiaq story and the actual experiences of native Alaskan elders, storytellers and youth. 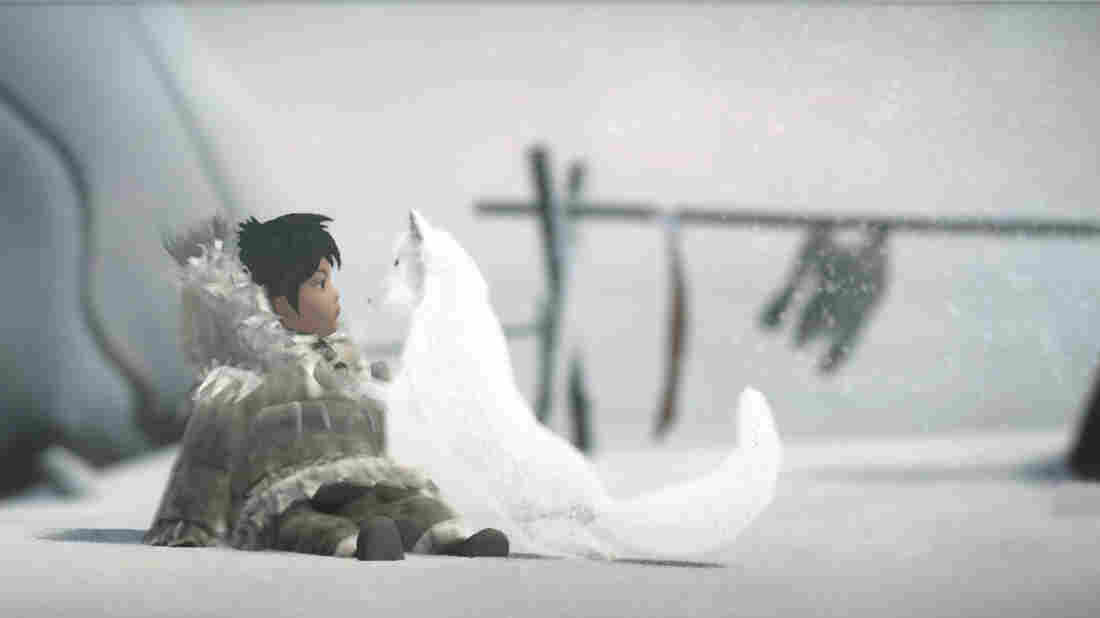 The game Never Alone tells the story of a young Inupiaq girl, Nuna, and her companion, an Arctic fox, as they go on a quest to save her village. Upper One Games hide caption 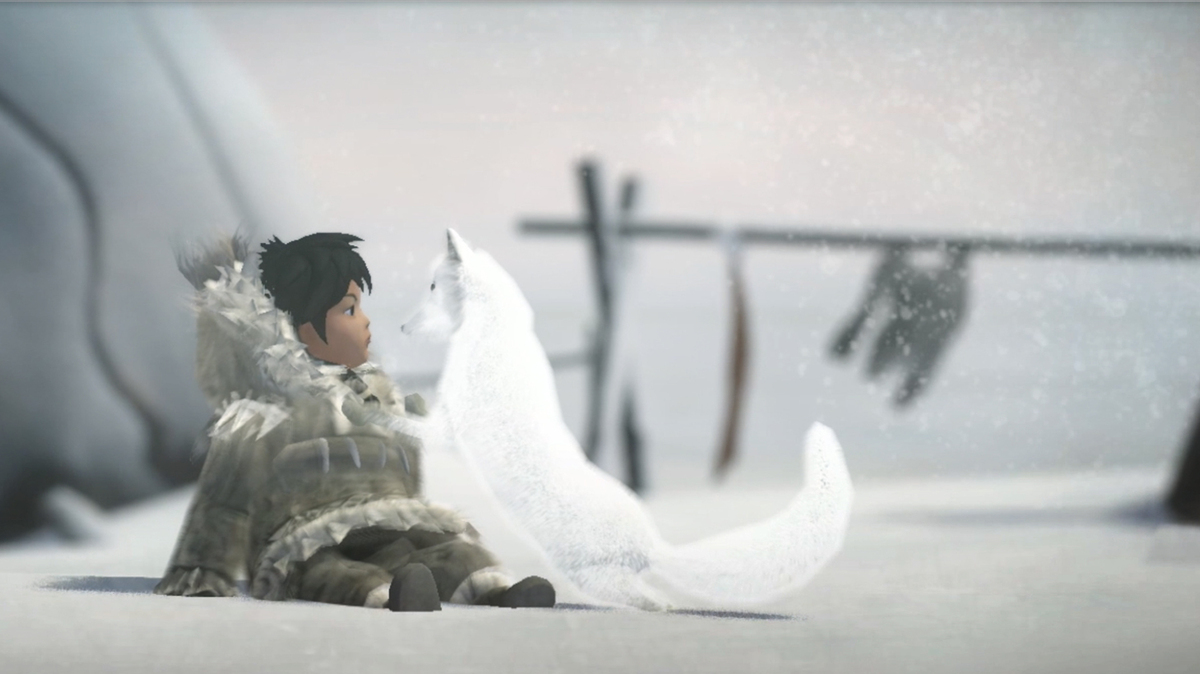 The game Never Alone tells the story of a young Inupiaq girl, Nuna, and her companion, an Arctic fox, as they go on a quest to save her village.

Until recently, no video games on the market have told the story of an indigenous people from their perspective. A group of Alaskan natives have partnered with a game developer to change that.

Their game is called Never Alone, and its creators hope it will set a new standard in video game development.

As in movies, native characters in video games tend toward stereotype. Few of them are heroes, but this game is different. Never Alone is based on a traditional story known as Kanuk Sayuka and the experiences of Alaska elders, storytellers and youth. The story follows a young Inupiaq girl and an Arctic fox as they go on an adventure to save her village from a blizzard that never ends.

Game developer Sean Vesce has 20 years of experience in the industry working on action titles like Tomb Raider. He recently went to Barrow, in far northern Alaska, to watch the students play a demo of the game. He says that day was his most memorable experience from the project.

"It was such a special moment because they were literally sitting forward, you know, yelling and screaming at the players to avoid enemies and to navigate around obstacles," Vesce says.

Vesce's introduction to Alaska native storytelling began two years earlier, arriving in boxes of transcribed stories. He says they contained tales and creatures as interesting and imaginative as anything in the movies today.

"We were just blown away at the richness and the beauty and the depth of that storytelling tradition and we realized that none of that had really been ever explored in a videogame," he says.

Vesce made a dozen trips to Alaska with his team to gather more stories and imagery. Helping connect Vesce with native stories was Amy Fredeen, who, as an Inupiaq herself, served as the cultural ambassador between the developers and indigenous storytellers. She says that in native culture everybody depends on each other and that was the most important part of both the game's story and creating the game itself.

"The last thing we wanted was this game to be kind of a cultural appropriation," Fredeen says. "We didn't want this to be an outsider's view of what the Inupiaq culture was. We wanted it to come from the people themselves."

One connection Fredeen made was with Jana Harcharek, who works in the Barrow school district to promote and preserve Inupiaq culture. Harcharek says when the students learned that the developers wanted to hear from them, the kids began telling their own stories.

"The ideas just started coming out," Harcharek says. "They were like 'well, are you going to be able to maybe do this, because I'm a whaler and I'm a hunter and I have this experience and it would be really cool if we could make this happen or that happen.' There was a lot of excitement right from the start."

The whole idea for Never Alone came from the Cook Inlet Tribal Council in Anchorage. Two years ago, president and CEO Gloria O'Neill asked developers if games could be used to share traditional stories. O'Neill says the tribal council was looking to invest its money in a way that would also benefit Native Culture.

"We started thinking about the future because our board also said to us 'never forget who we are and where we come from, but think about how we can connect with our young people in the future,'" O'Neill says.

Over time, O'Neill started to believe that the perfect way to do that is through video games, something even people in the most remote parts of Alaska want to play.

"Not only we could make money with the right partners, but we had a medium in which we could share our culture with the world; that we could create this invitation of courageous learning with the world," she says.

Never Alone is slated for release later this year on multiple platforms.