Accessibility links
Weekly Innovation: A Sad Desk Microwave For Your Sad Desk Lunch : All Tech Considered If this product design becomes a reality, you won't even have to leave your desk to heat up your Lean Cuisine. 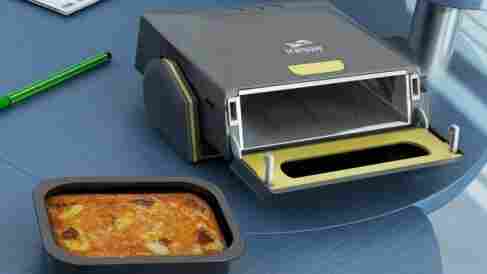 When not in use, this desk oven can be stowed upright and can serve as a whiteboard. Steve Gates hide caption

Too busy to walk all the way to the kitchen to heat up a meal? The prototype for the BrainWave desktop microwave is the answer. It's exactly what it sounds like: a phone book-size microwave to heat up your frozen lunch, at your desk.

The BrainWave is controlled through a computer program and connects through a USB port, and if you have a specially packaged meal, an RFID-tagged plastic spoon will let you scan the box and send the meal information to the microwave. This will automatically set the heating time. Oh, and the BrainWave can be stored in an upright position, so it can function as a whiteboard when not zapping Lean Cuisines. 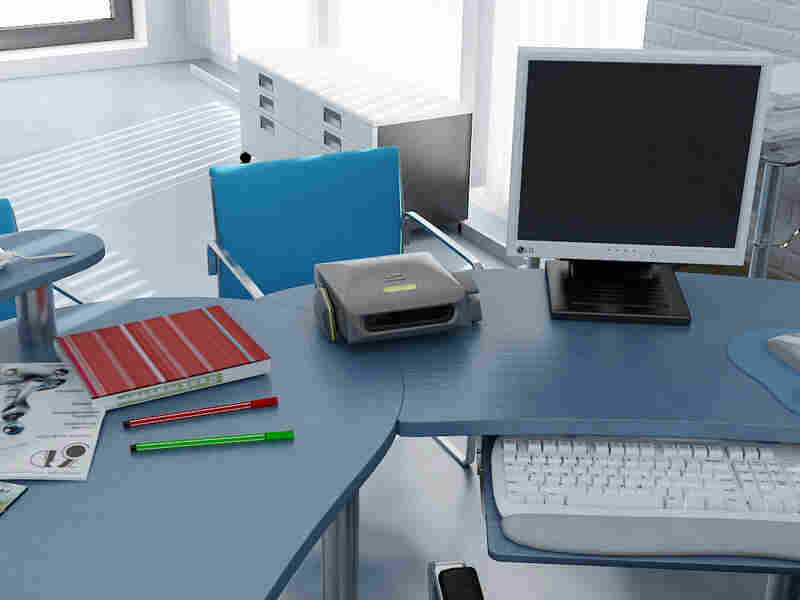 No, that's not a printer. It's a desktop microwave. Steve Gates hide caption 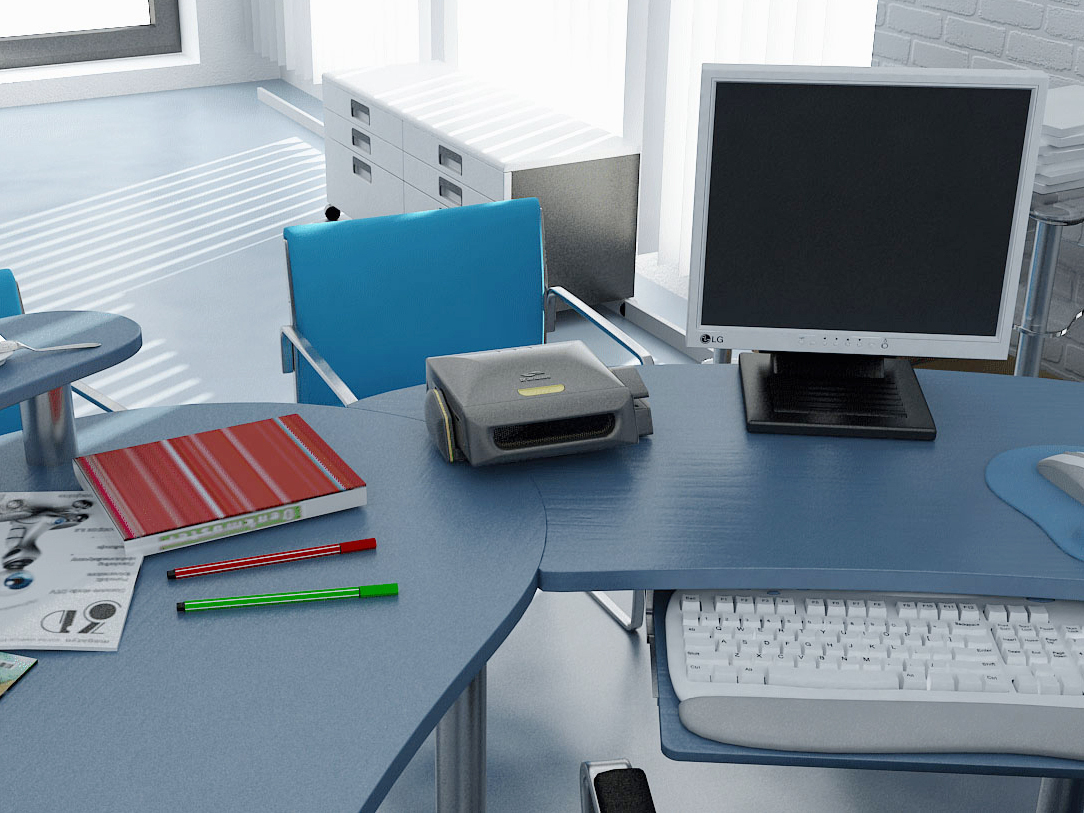 No, that's not a printer. It's a desktop microwave.

Like we mentioned, this is only a prototype that U.K.-based designer Steve Gates came up with in order to graduate from Nottingham Trent University. Of the concept Gates says, "It was initially designed as a social comment in response to researched evidence that office employees are working longer hours and spending too much time at their desks."

But this was all a few years before Kickstarter came around to let young inventors crowdfund their ideas. So we were curious what happened with the BrainWave and whether it still might become a reality.

"It would have taken a large investment to have these parts custom produced at a smaller size, which wasn't feasible or economical at the time," Gates told NPR, by email. But he hasn't lost hope. "I've had a lot of interest in the product and should the right circumstances arise, yes I would certainly consider [manufacturing] this."

If it does get widely made, it would be the perfect gift for anyone in your life who enjoys sodium-packed meals without any physical exertion. [Read: me.]

And Gates is still coming up with more enhancements. He says he can imagine a portable version of the BrainWave, too. "Just imagine warming up your toasted sandwich on the tube or bus on your way to work. So it's all ready by the time you're at your desk," he says.

A girl can dream.