Accessibility links
Facebook Requires Real Names. What Does That Mean For Drag Queens? : All Tech Considered Dozens of queens' profiles were deactivated recently because they used stage names. Facebook says requiring real names curbs abuse, but LGBT groups say it's restricting — for drag queens and others. 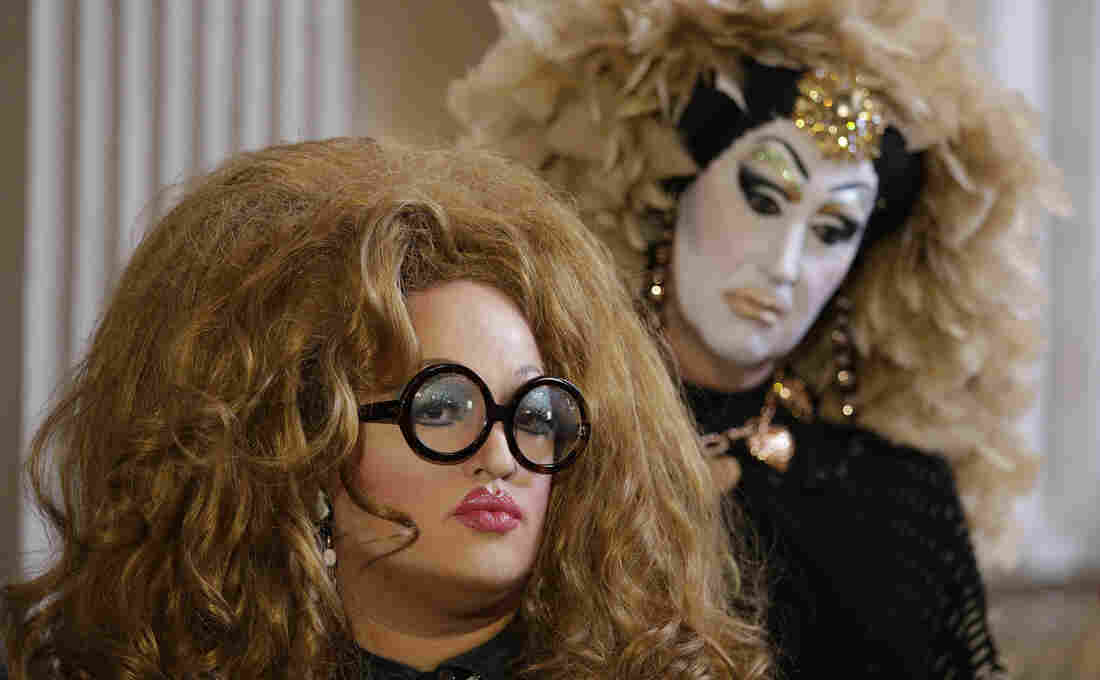 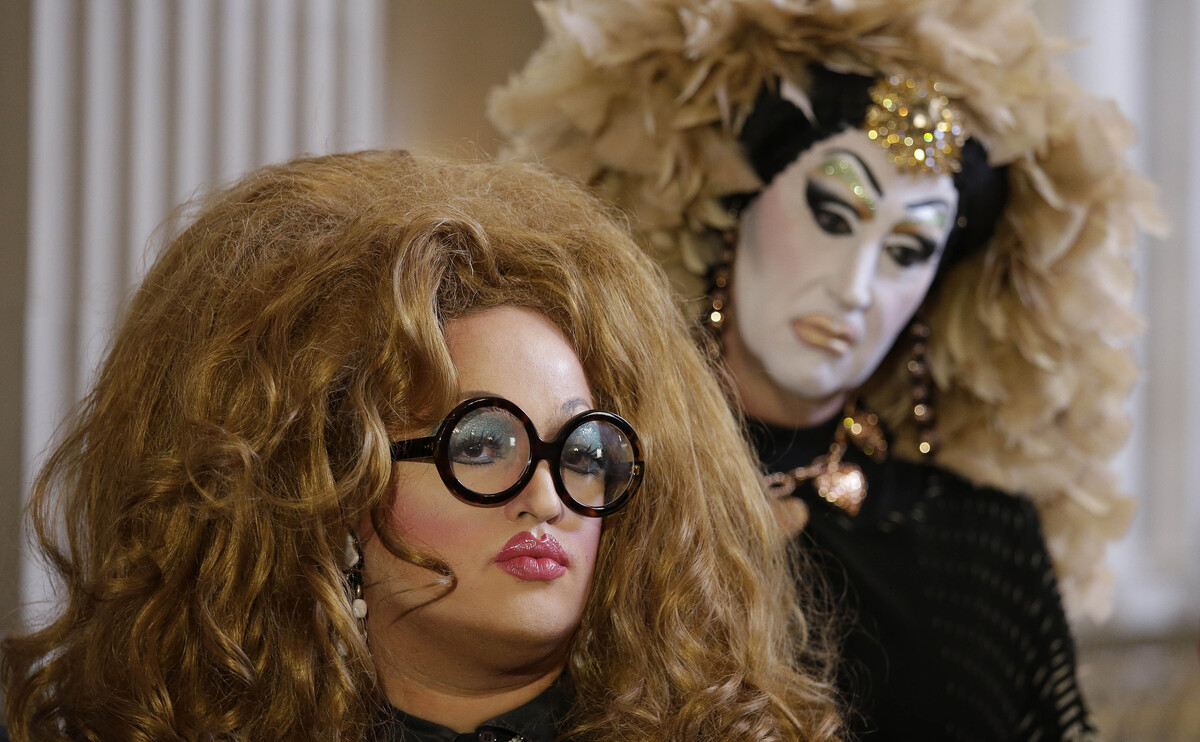 Drag queens Lil Miss Hot Mess (left) and Sister Roma join other activists for a news conference at San Francisco City Hall on Sept. 17 to speak out against Facebook's rule on using legal names for profiles.

Her page was shut down early last week, and she wasn't the only one whose account was deactivated. Facebook also closed the pages of other queens after they were reported for not using their "real" names on Facebook.

Now, drag queens around the U.S. are gaining allies in a fight against Facebook's real name policy. Activists argue that "real" is a complicated term, and that for some, using birth names on profiles can actually put them at risk instead of keep them safe.

"Having people use their real names on Facebook makes them more accountable, and also helps us root out accounts created for malicious purposes, like harassment, fraud, impersonation and hate speech. While real names help keep Facebook safe, we also recognize that a person's real identity is not necessarily the name that appears on their legal documentation, and that is why we accept other forms of identification that verifies the name a person uses in everyday life."

The policy isn't new, so why is it getting attention now? Within the last couple weeks, dozens of drag queens' Facebook profiles were reported as not having "real" names (Facebook says it does not seek out fake profiles). Those flagged accounts were deactivated.

Drag queens started organizing and, along with San Francisco City Supervisor David Campos, met with Facebook on Sept. 17. Facebook said it would reactivate approximately 200 accounts and that at the end of two weeks, queens would have to either change their names or lose their profiles.

Next week, there's another meeting scheduled at Facebook — and a protest planned in San Francisco.

In the midst of the back-and-forth, a number of questions about identity and safety online have come up. Here are a few of them.

Facebook has said that drag queens can use their stage names if they switch over to pages in place of profiles. The way people engage is similar — except we're talking about "fans" rather than "friends." Facebook also says it offered to help anyone who was interested in turning a friend list into fans.

Here comes the issue: Pages are intended for "businesses, brands and organizations."

"As someone who has studied online hate for 20 years, I know that a real name policy works to prevent hate speech and harassment. ... On balance, the benefits on anonymity for one group needs to be balanced against the potential harm anonymity can cause everyone."

Now we have another problematic word: anonymity.

In some cases, drag queens only know each other by stage names. The online and real-life communities can be based on connections with those names, which aren't exactly anonymous.

Instead of being anonymous, survivors of violence may use childhood names or nicknames that are familiar to the people who care about them — while still protecting them from an abuser. Morales says that social networks can be an important part of reconnecting with a support system after an abusive experience.

Another aspect to choosing a name, Morales says, is self-determination. In a violent situation, control over one's self is taken away. One of the ways to restore it, she says, "is really having the freedom of choosing whatever name you want to use, whatever gender you really are and want to be."

Facebook has 1.3 billion users. If a few dozen people left the site in protest, would it matter?

Perhaps ironically, people organizing against the name policy have been using Facebook to spread the word, sharing news updates and changing profile pictures to purple squares with the hashtag #MyNameIs.

"I think it really demonstrates how central Facebook is to our lives," Lil Miss Hot Mess says.

If it had only been drag queens affected by the policy, she says she probably would have shut down her profile already. But she says she wants to help the other communities that have been affected, so instead, she's changed her profile name and keeping her account.

Rather than getting rid of Facebook, she says, the fight is about holding the site accountable and "allowing as many people as possible to safely participate."

Even so, some people, including Lil Miss Hot Mess, have been checking out an alternative: Ello. Still in beta, the ad-free social site is gaining users, fast.

She says the way news has moved through the community has helped remind her that these connections "are built on real social networks," and that Facebook is "a tool that we have to help make use of that."

Facebook is looking into how the drag queen profiles were reported, and whether there has been a violation of another policy, like bullying or hate speech.

What other issues does this debate bring up for you? Share your thoughts in the comment section.