Accessibility links
How Hong Kong Protesters Are Connecting, Without Cell Or Wi-Fi Networks : All Tech Considered Pro-democracy protesters are downloading a fast-growing app called FireChat to stay in touch. It has been used around the world during political unrest. 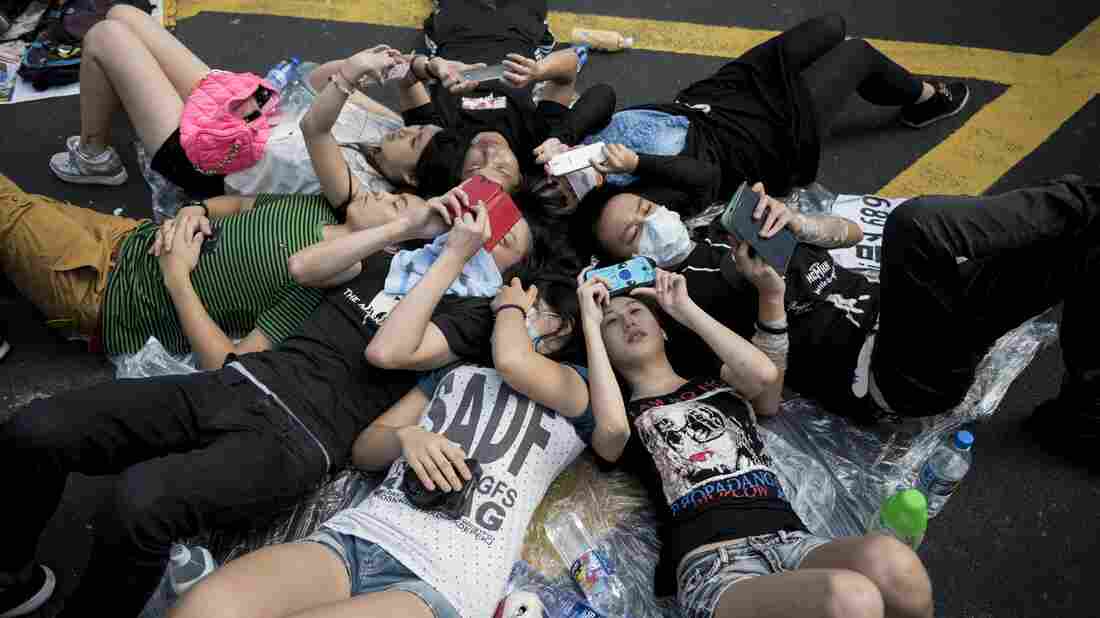 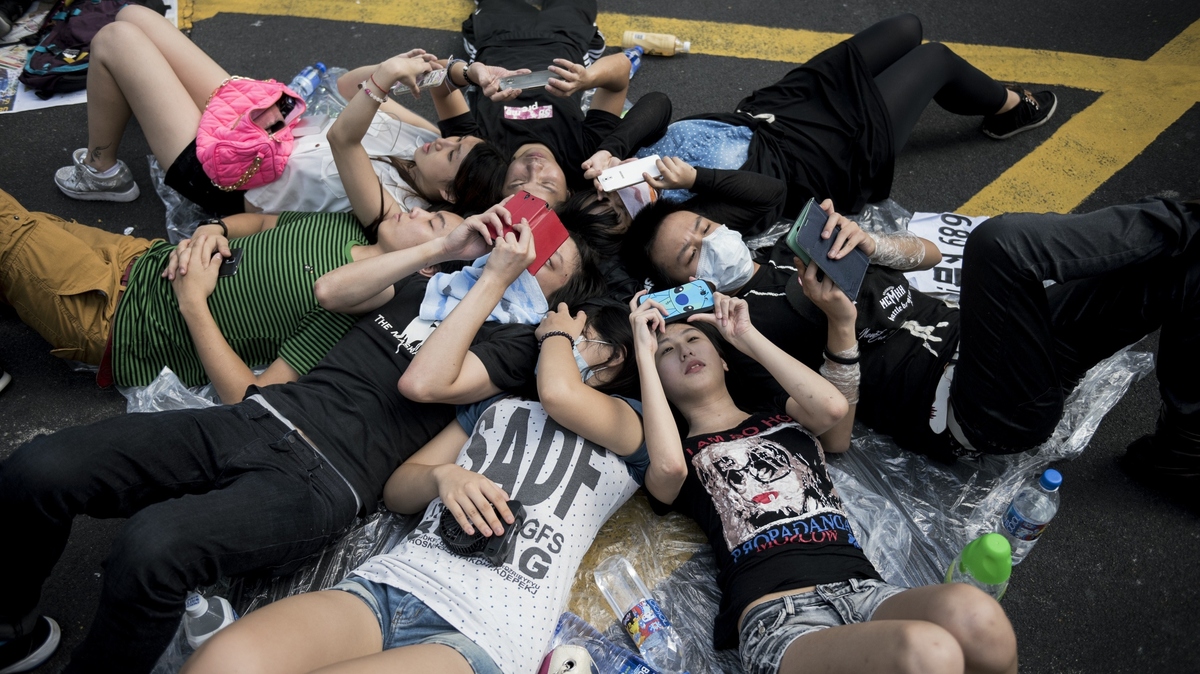 People check their phones at a pro-democracy demonstration in Hong Kong on Monday.

As throngs of pro-democracy protesters continue to organize in Hong Kong's central business district, many of them are messaging one another through a network that doesn't require cell towers or Wi-Fi nodes. They're using an app called FireChat that launched in March and is underpinned by mesh networking, which lets phones unite to form a temporary Internet.

So far, mesh networks have proven themselves quite effective and quickly adopted during times of disaster or political unrest, as they don't rely on existing cable and wireless networks. In Iraq, tens of thousands of people have downloaded FireChat as the government limits connectivity in an effort to curb ISIS communications. Protesters in Taiwan this spring turned to FireChat when cell signals were too weak and at times nonexistent.

And FireChat's popularity is surging in Hong Kong. About 100,000 users downloaded the free FireChat app between Sunday morning and Monday morning, according to The Wall Street Journal. While there are no reports of cell-network outages so far, student leaders are recommending FireChat for fear authorities may shut off communications.

Gizmodo explains why mesh networks can be critical during tense showdowns with governments:

"Mesh networks are an especially resilient tool because there's no easy way for a government to shut them down. They can't just block cell reception or a site address. Mesh networks are like Voldemort after he split his soul into horcruxes (only not evil). Destroying one part won't kill it unless you destroy each point of access; someone would have to turn off Bluetooth on every phone using FireChat to completely break the connection. This hard-to-break connection isn't super important for casual chats, but during tense political showdowns, it could be a lifeline."

How One App Might Be A Step Toward Internet Everywhere

"Once you build a mesh network ... now you have a network that is resilient, self-healing, cannot be controlled by any central organization, cannot be shut down and is always working," Christophe Daligault, Open Garden's vice president for sales and marketing says. "I think that solves many other drawbacks or challenges of the mobile broadband Internet today."

He says none of this would be possible without the rapid spread of smartphones, because that means no extra hardware is needed.

"Each [phone] becomes a router and in a sense you're growing the Internet — everyone who joins the mesh network creates an extension of the Internet," Daligault says. "In a year or two from now, I think people won't even remember that you had to be on Wi-Fi or get a cell signal to be able to communicate."