Accessibility links
EBay Spins Off PayPal Into Fast-Changing World Of Mobile Payments : All Tech Considered Commerce and payments are splitting up. Ebay is breaking away from PayPal and its payments operation will turn into a separate, publicly traded company. 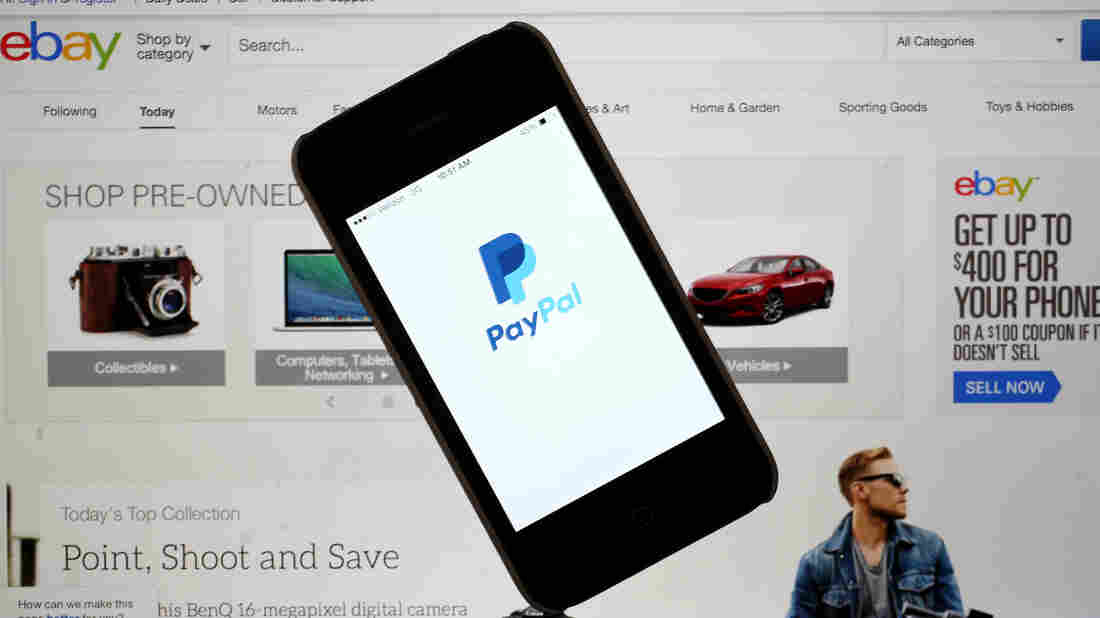 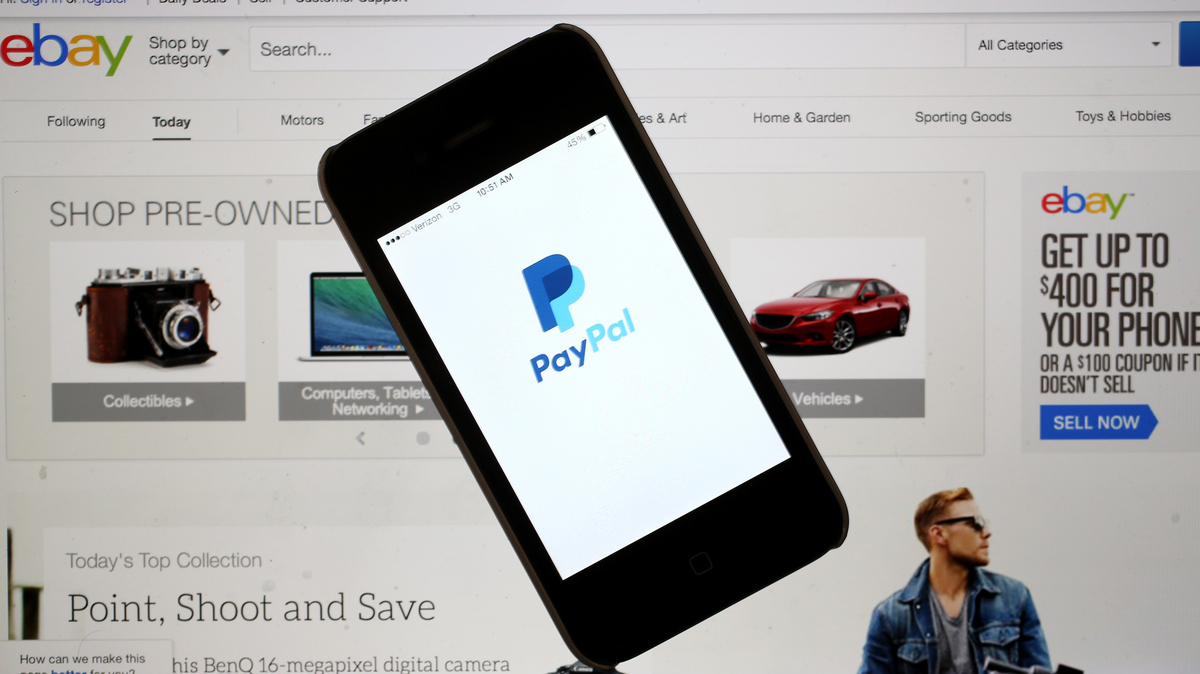 A big breakup is happening in the business world. Online retailing giant eBay is splitting up with its payments operation, PayPal, sometime in 2015. The move comes at a prime opportunity for PayPal, as the future of online payments is still being charted.

When PayPal first came on the scene in the late 1990s, it simplified making online purchases in a way that users adopted, fast.

"PayPal made it possible for people to pay on the Internet," recalls Betsy Page Sigman, a business professor at Georgetown University. "So they didn't have to bring out their cards ... every time they wanted to buy something on the Internet. And that was particularly important for eBay, because eBay merchants and customers engage in a lot of transactions." 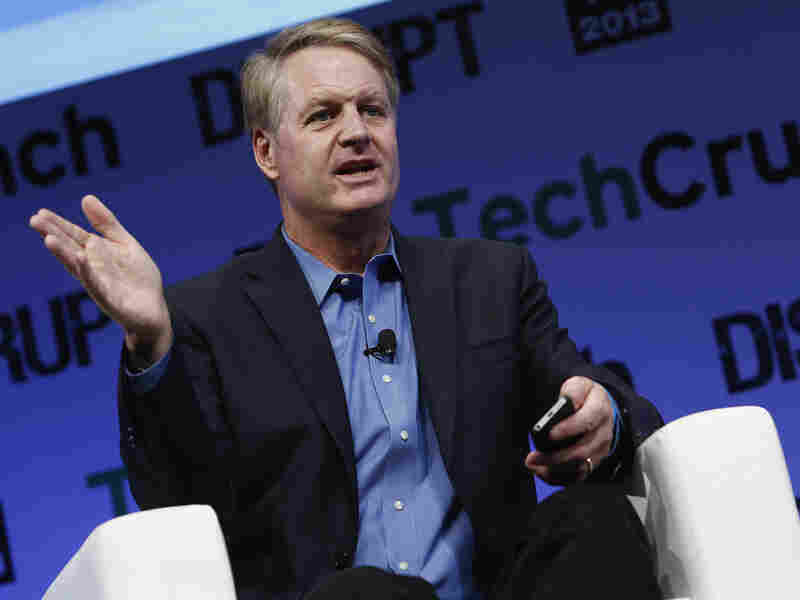 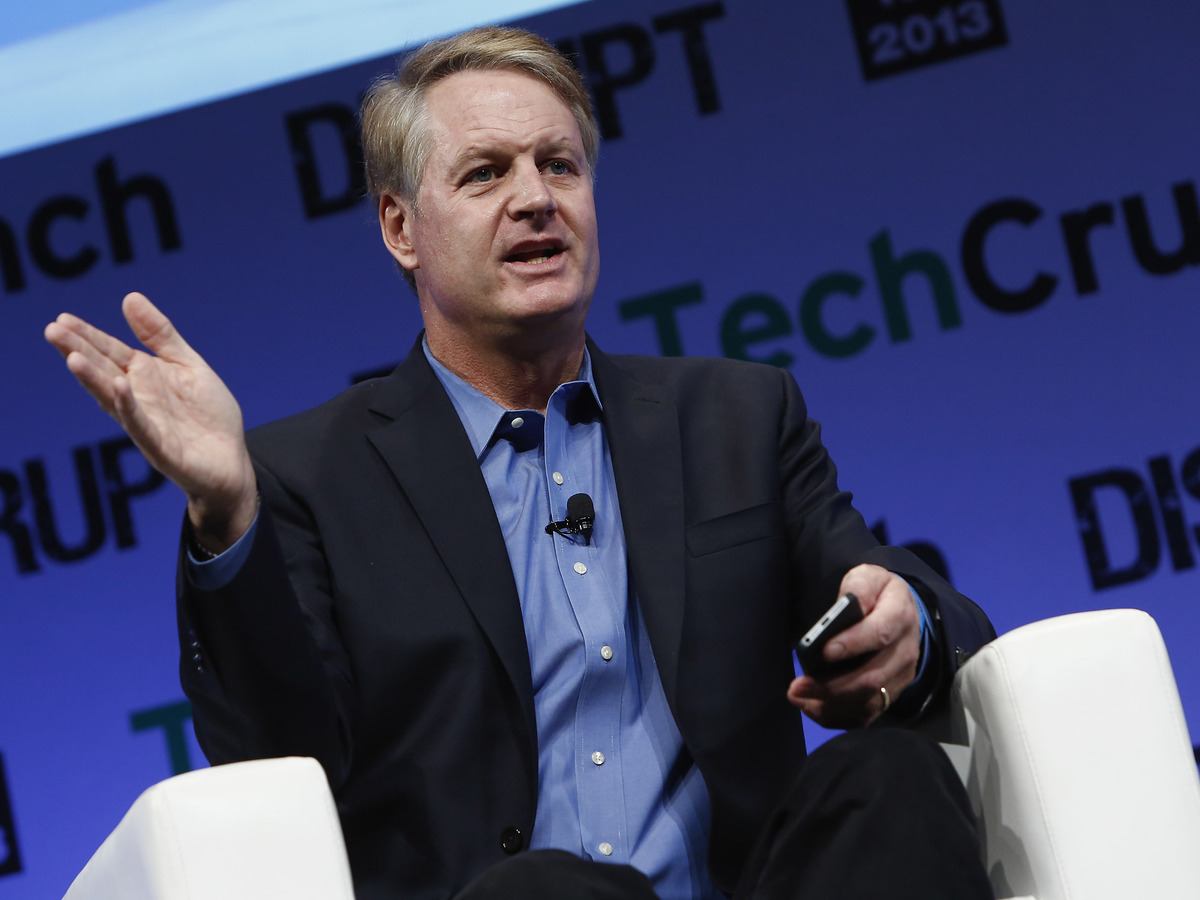 EBay purchased PayPal in 2002 and since then, the two have enjoyed a marriage of commerce and payments. But eBay has come under increasing pressure — notably from activist investor Carl Icahn — to split up, so PayPal and eBay could grow separately. For most of 2014, eBay resisted. But on Tuesday came the announcement that the single company would become two.

"I think an independent PayPal unequivocally will have the focus and agility to play across the board in this fast-moving payment space," CEO John Donahoe said on an investor conference call.

Fast-moving is right. Several tech companies — and startups — are rushing to solve the elusive problem of how to simplify payments, and included in the mix is Apple.

"It's all about the wallet," Apple CEO Tim Cook said when unveiling the company's entry into mobile payments, which could be a rival to PayPal. The service, called Apple Pay, turns the iPhone into a mobile wallet that pays for things by simply waving a phone at a checkout terminal.

As People Head Into Space, PayPal Says It Will Follow Them

Your New Digital Wallet: In The Cloud But Still Tethered To Fees

The way things stand now, the companies could be competitors — or collaborators. On an investor call Tuesday, Donahoe suggested he's willing to have PayPal work with Apple Pay and other tech companies.

"The opportunity for strategic relationships I think has never been higher. There's payments companies, technology companies, and I think some very interesting combinations of how we can work together," he said.

But Donahoe won't have the last say. When PayPal splits from eBay next year, a veteran from American Express will be taking over as PayPal CEO.