Accessibility links
Why 4.4 Billion People Still Don't Have Internet Access : All Tech Considered More than half the global population has never been online. But Silicon Valley giants are trying to change that. 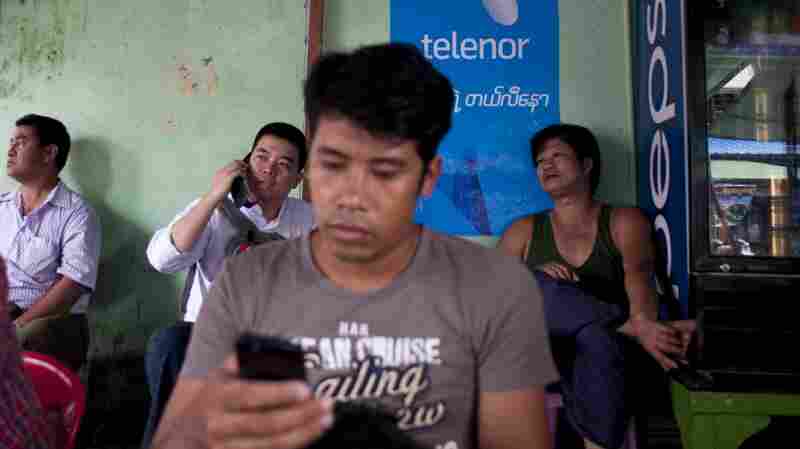 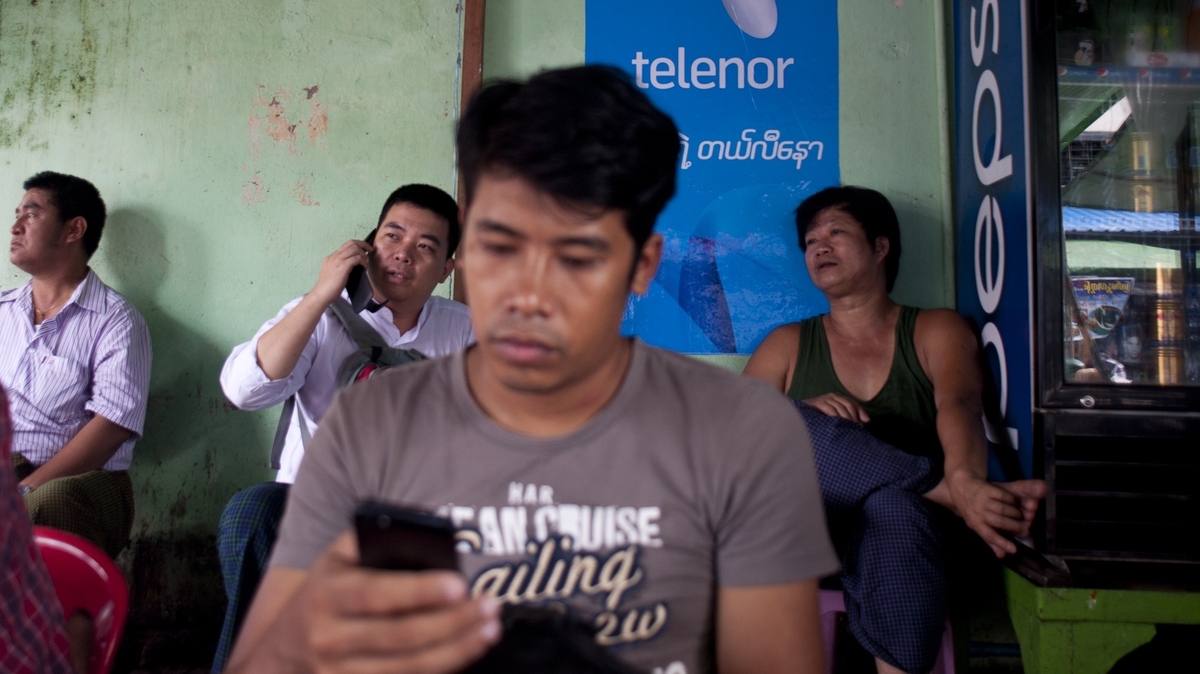 A man uses a mobile phone in front of a Telenor ad for cheap sim cards in Yangon, Myanmar. Cheap mobile technology has ignited an Internet revolution in the once-isolated nation.

To everyone reading this story: This is not about you. This is about the 4.4 billion other people on this planet who have never been online.

That number is the finding of a new study that tried to quantify what the global offline population looks like. The report, based on research in collaboration with Facebook and written by the consulting firm McKinsey & Co., found that of the estimated 7 billion-plus people alive today, more than half are offline. This is after 1.8 billion people joined us here on the Internet since 2014.

The report is part of Facebook's efforts to expand Internet access to underserved parts of the world.

It's among the Silicon Valley giants and others that are pushing to devise novel new ways of expanding access to the Internet — and their products — to the remotest corners of the world. Google's Project Loon envisions a network of Internet-beaming balloons, and Facebook's Internet.org looks toward a solar-powered Internet plane.

"Imagine, for the first time in history, humanity firing on all cylinders," says the video.

And it's not just people in rural or poor countries like you might expect. Twenty large countries — including China, India, and the United States — contribute the vast majority of those 4.4 billion disconnected people. China's massive 1.3 billion-person population may be iPhone-crazy, but more than half is still disconnected. In India, over 1 billion people are still offline. And here in the U.S., 50 million people don't log on.

But in recent years, the increased popularity of mobile Internet on smartphones and tablets has brought access to an increasing number of rural areas. These technologies leapfrog over more expensive wired connections, and in many developing countries, accessing 3G networks is significantly cheaper than it is in developed countries, though these people still pay a larger portion of their income to get online.

The question now is: How will the next billion people get online? What technologies are needed to make that happen?

The report said cost, digital literacy and infrastructure are some of the barriers that keep people offline. But there's also a lack of incentive, meaning some people don't use the Internet, even though they could, because they don't see any point. In the United States, a Pew study found that a majority of offline Americans think the Internet isn't relevant to them or too difficult to use. Only 7 percent are off the grid and unable to physically access the Internet.

Facebook has tried to address the incentive issue by making a text version of its website called "Facebook Zero." It has proved very popular in Africa, where it can be accessed free on a non-smartphone.

You can read the full report, "Offline and falling behind: Barriers to Internet adoption."