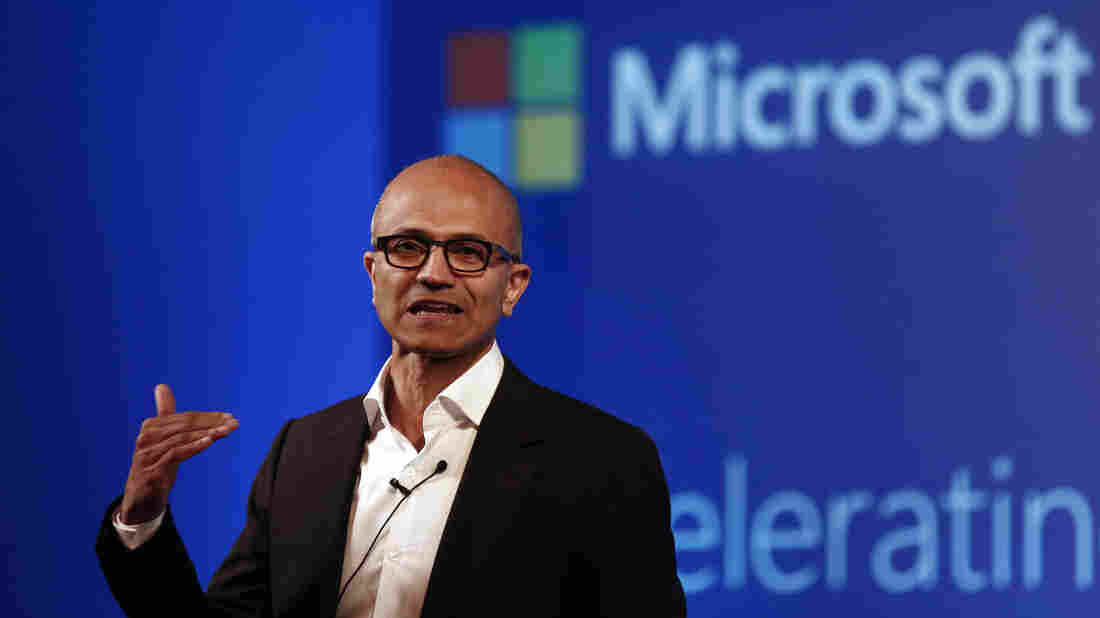 Microsoft CEO Satya Nadella addresses the media during an event in New Delhi in September. This week, he was criticized for comments he made about women asking for raises. Adnan Abidi/Reuters/Landov hide caption 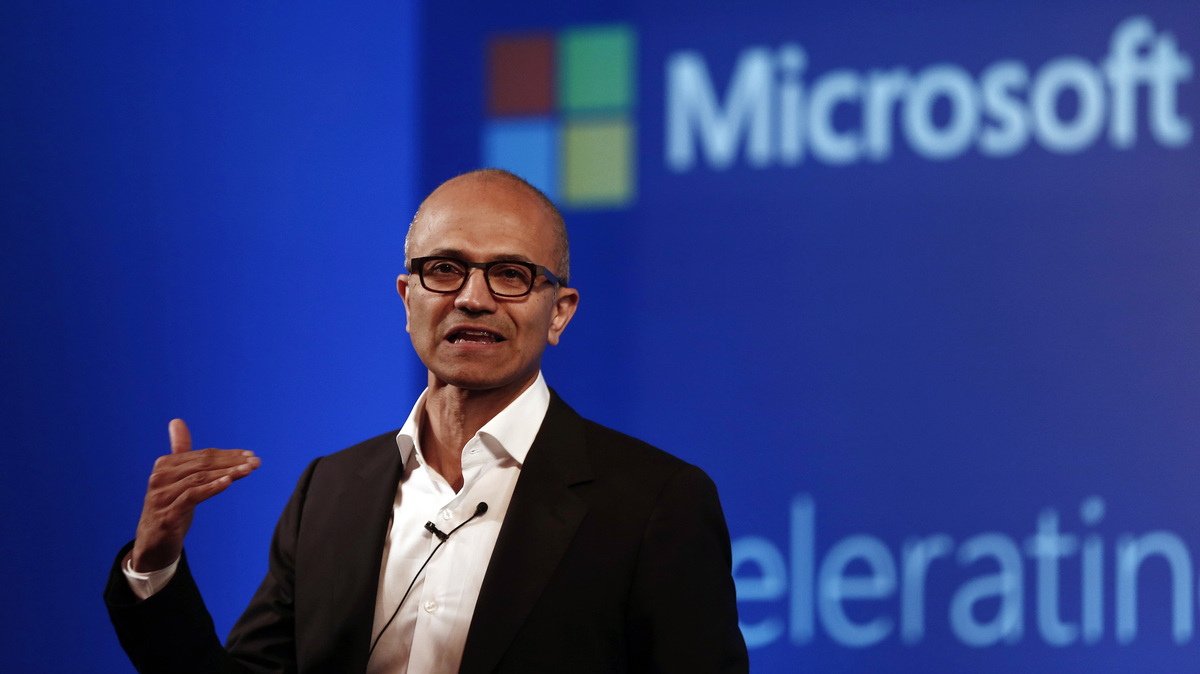 Microsoft CEO Satya Nadella addresses the media during an event in New Delhi in September. This week, he was criticized for comments he made about women asking for raises.

Ironically, Nadella made these remarks Thursday at a conference named after Grace Hopper, one of the women who helped pioneer computer programming.

Toward the end of an interview with Maria Klawe, a member of Microsoft's board, Nadella was asked what advice he would give women who were hesitant to ask for a raise.

"It's not really about asking for the raise, but knowing and having faith that the system will actually give you the right raises as you go along," he said. "And that, I think, might be one of the additional 'superpowers' that, quite frankly, women who don't ask for a raise have because that's good karma. It'll come back."

In other words, Nadella advised women to trust a system that pays women 78 percent as much as men. People jumped onto Twitter to criticize Nadella's comments:

.@satyanadella so you're just saying "trust the system that created the structural inequity" in a slightly different way?

If #microsoft and #SatyaNadella want to PROVE they support equal pay for equal work, they should release pay, by position and gender, at MS.

Was inarticulate re how women should ask for raise. Our industry must close gender pay gap so a raise is not needed because of a bias #GHC14

Prior to the conference, Nadella emailed Microsoft employees, saying he was going to the conference "to learn and to listen" about the growing role women play in tech. Last night, he told employees that his comments forced him to learn a lesson.

But this isn't the first time the tech industry has acknowledged it has a long way to go in terms of equal rights for women.

The tech industry's diversity problem isn't a new one. In June, NPR's Elise Hu reported on how diversity numbers from Facebook, Google and Yahoo compare to the overall workforce:

Microsoft released its numbers just last week, becoming one of the last major tech companies to do so. Its workforce is 71 percent male, 29 percent female. In tech jobs specifically, it's about 83 percent to 17 percent.

It took tech companies years to admit these disparities. A San Jose Mercury News reporter sued and fought a legal battle for two years just to get the big tech companies to release the numbers.

For women who do get hired by the biggest tech companies, they enter an industry that's fraught with a culture of sexism.

At Techweek Chicago this past June, Elise reported that organizers sent out a party invite for a "Black Tie Rave" featuring "beautiful, scantily clad women." A sexist presentation slide showed up earlier that week at a tech conference in Berlin.

Last year, after an all-night hackathon at TechCrunch Disrupt, Australian programmers presented an app called Titstare. "Titstare is an app where you take photos of yourself staring at tits," Jethro Batts explained. He went on to say, "I think this is the breast hack ever."

"First, Rachel Sklar. She's founder of Mediaite and co-founder of TheLi.st, a community for women in technology. She explains how the pervasive culture allows for these offensive ideas to get thought up in the first place:

" 'They didn't think it was a big deal, because nothing about the place where they were presenting made them think it would be. Boys will be boys, and where it's mostly boys around to reinforce those norms, the lines between what's cool to say in a professional context relax and blur. (Two words: Booth babes.) Dissent will tend to be shushed, and people who object will be told to calm down and learn to take a joke. And because such "jokes" have minimal negative feedback, it's less noticeable when envelopes are pushed. That's how these things usually happen — someone gets a bit too comfortable, and a line is crossed. But the comfort comes from somewhere.' "

While the environment at tech companies presents women with more obstacles to getting paid more, women in general are often uncomfortable asking for a raise.

In April, NPR's Jessica Glazer asked women about this issue. Many said they weren't motivated to ask for more until male colleagues, husbands or boyfriends encouraged them. Most women responded that they didn't negotiate the terms of their first contract because they didn't know that they could.

Even when women do negotiate, they often ask for much less than they should. In an experiment testing this theory, Emily Amanatullah, an assistant professor of management at the University of Texas, found that women asked for an average of $7,000 less than men.

"Amanatullah says when women advocate for themselves, they have to navigate more than a higher salary: They're managing their reputation, too. Women worry that pushing for more money will damage their image. Research shows they're right to be concerned: Both male and female managers are less likely to want to work with women who negotiate during a job interview."

Nadella's comments don't help this insecurity. When Elise talked to women in tech, many suggested that the idea that women don't belong in the industry starts at a young age.

"Adria Richards, a developer who was on stage when the outrage-inducing Titstare app was presented, suggests the solution lies in the pipeline of women and girls who are interested in tech.

" 'There are three messages that young girls get before they get interested in computers, and if we can reach them before these messages, then I think their chance of embracing technology and staying in it is much higher. The messages they get are: One, you wouldn't be interested in this. Two, you wouldn't be good at this. And three, you don't belong here. I can see now, 10-year-olds, 12-year-olds who I used to work with at coding camps. They are older now, and when they get these messages they're saying back, "No, I've been doing this since I was a kid. Look at my code. I do like this, I do belong, and I am good at it." ' "

Changing this perception will be an uphill battle for women in tech, but in order for tech companies to get on board, they need to do more than release diversity numbers.

Samantha Raphelson is a digital news intern at NPR.org. You can reach out to her on Twitter, where she is often tweeting obsessively about the Foo Fighters and the Phillies.