Accessibility links
Weekly Innovation: Your New Pet Robot : All Tech Considered Jr., a consumer robot in development, could soon be an extra set of eyes and ears in your home. Each Jr. adapts uniquely to its owner. But if you ignore it, Jr. may start avoiding you. 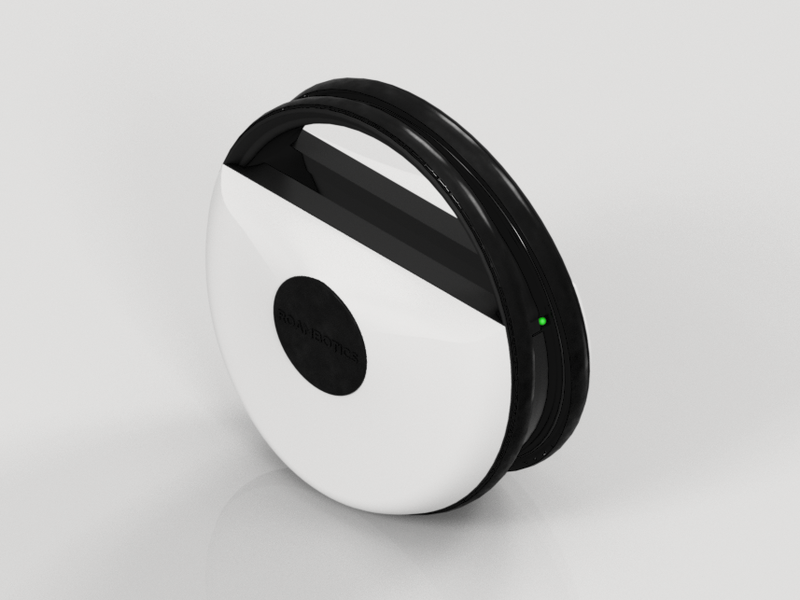 Jr., a consumer robot in development, could soon be an extra set of eyes and ears in your home. Roambotics hide caption 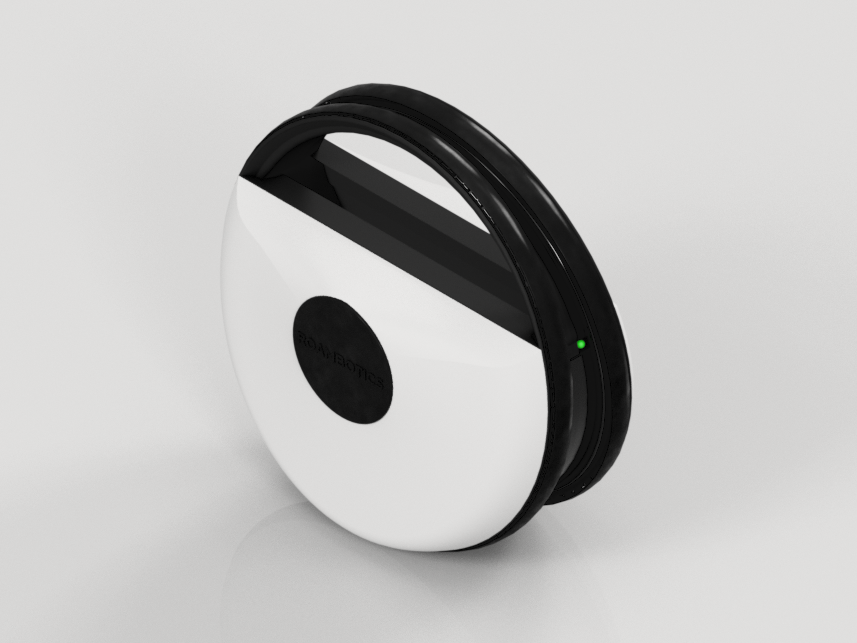 Jr., a consumer robot in development, could soon be an extra set of eyes and ears in your home.

Remember "Weebo," the floating robot from Robin Williams' 1997 movie Flubber? A cute yellow bot that lived with Williams' absent-minded professor character, "she" was a loveable gadget that seemed far-fetched at the time. But fast-forward 17 years and Weebo is a whole lot closer to fact than fiction.

Meet Jr., a consumer robot in development that could soon be an extra set of eyes and ears in your house. Tempe, Ariz.-based startup Roambotics is currently beta-testing its first version in about 10 to 20 homes before it goes on sale next year. Jr. is a general-purpose robot equipped with cameras, microphones, Wi-Fi, Bluetooth and autonomous navigation.

Jr. may resemble a Roomba, but it's a whole lot smarter: This next-gen robot really gets to know its user. Thanks to a behavioral user interface, Jr. acts sort of like a pet. It will start to learn your schedule and adjust how it behaves according to what it hears: For instance, if you sound busy because you're talking on the phone or watching TV, it'll stay out of your way. And Jr. is likely to serve as a pretty robust security system, since it pairs directly with your iOS device via an app — meaning you can peek in on your home from remote locations.

"It really is a first step toward a practical personal robot that you'd actually be able to have in your house and not just be a toy or a novelty," Roambotics CEO Scott Menor told OZY.

The current Jr. prototype operates on two wheels but can't go up stairs. Roambotics is refining how it moves around a home without crashing into walls or tripping humans. (The final version might also look a bit different than the prototype photos on this page.)

Roambotics' approach to the personal robot is unique in how animal-like it is. In the same way that your golden retriever has a different personality from your neighbor's golden retriever, each Jr. adapts uniquely to its owner. So the more you interact with Jr., the more it'll reciprocate by trying to play games with you. And if you ignore it, Jr. may start avoiding you and turn antisocial.

"We really wanted something where it feels like a presence," Menor said. "So it's not just a product or a device that you have. It's more ... really like you have a dog."

No question, there's something a little creepy about having a Wi-Fi-enabled smart robot patrolling your house equipped with cameras and microphones. But Menor says they're incorporating secure technology that's not easy to crack into. Jr. will only communicate in an unencrypted way with a paired owner's phone. Moreover, Menor explained, the way Jr. stores skills and data, it's not really possible for someone to implement a malicious skill that could send images or sounds to strangers, since data can only be transmitted to its owner. 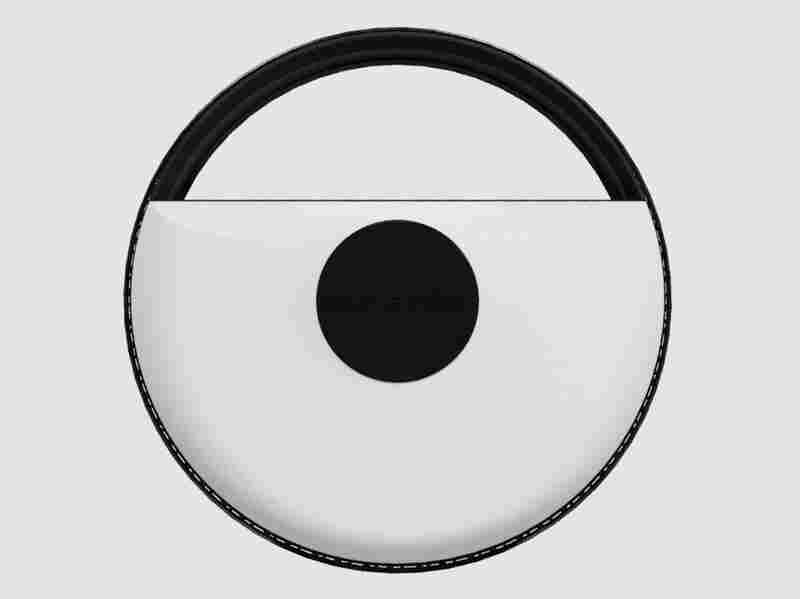 Each Jr. adapts uniquely to its owner. But if you ignore it, Jr. may start avoiding you. Roambotics hide caption 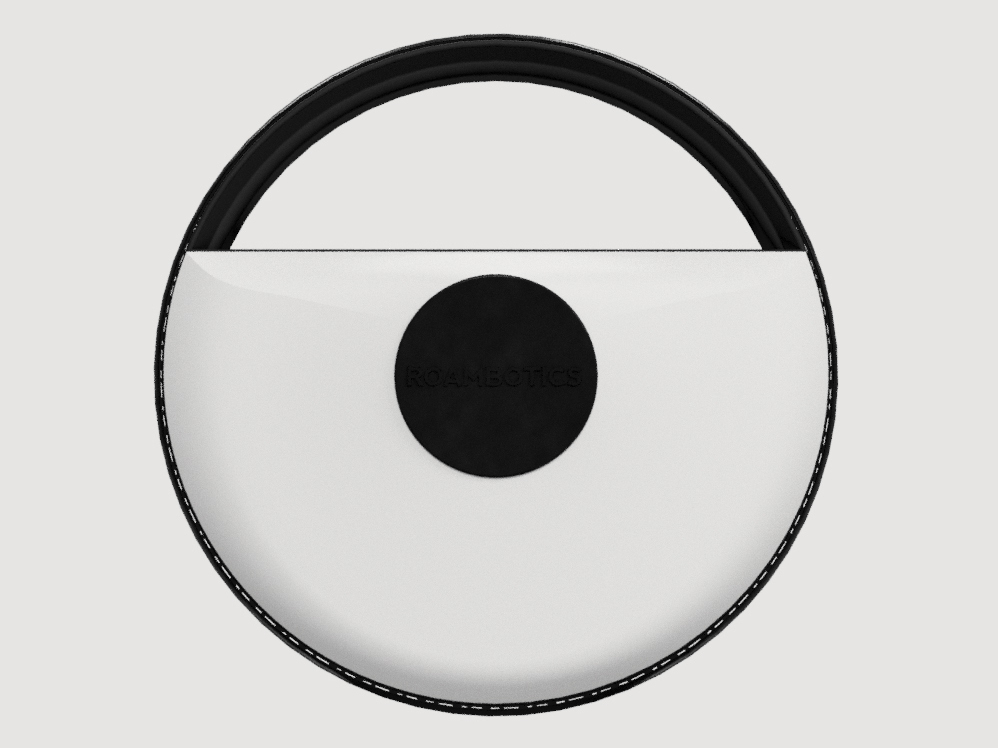 Each Jr. adapts uniquely to its owner. But if you ignore it, Jr. may start avoiding you.

Pre-orders for the $499 robot should start in April, with shipments expected in the second half of 2015. Roambotics plans to open an API (application programming interface) for Jr. later in 2015, as well. That means that much like your smartphone, developers will be able to come up with new ideas for how to program Jr. Menor said Roambotics plans to launch a "skill store" — like an app store — where owners could buy different skills people have developed to make Jr. smarter and more useful. Down the road, it might even have health care monitoring capabilities, according to Menor. Jr. may eventually be able to monitor your heart rate and respiration or if you fall. Like fitness trackers, it could also be used to detect your sleep cycles and activity.

For Jr. to be a true success, it will need to seamlessly integrate into our lives. Despite the hype surrounding Google Glass, the device still hasn't reached mainstream appeal because (a) the original version looks ridiculous on people's faces; and (b) it feels unnatural to see people interacting with them in their daily lives. By making Jr. more petlike, however, Roambotics might have found the key to making these gadgets welcome in more homes.

No one's saying a robot will ever replace man's best friend, but it's highly conceivable that someday soon we'll have bots alongside us at the dinner table and beside our beds at night. And while you may never want to toss a ball with Jr., keep in mind you also won't have to stock up on dog food. Jr. feeds itself: The robot is programmed to find its charging station in your house on its own.

Vignesh Ramachandran is a tech buff and journalist working in the San Francisco Bay Area. Follow him on Twitter @VigneshR.