Accessibility links
When Disaster Strikes, Facebook Lets Friends Know You're OK : All Tech Considered Facebook's newest tool, known as Safety Check, aims to allow people to quickly alert friends and family that they are safe after a natural disaster.

In the aftermath of disasters like earthquakes, fires and severe weather events, the rush to both alert and check on family and friends can crash telecommunications networks. During the freak 2011 Virginia earthquake, which rattled the nation's capital and damaged the Washington Monument, panicked phone calls quickly overloaded the phone network.

Facebook's newest tool, known as Safety Check, aims to allow people to quickly alert friends and family that they are safe after a natural disaster. 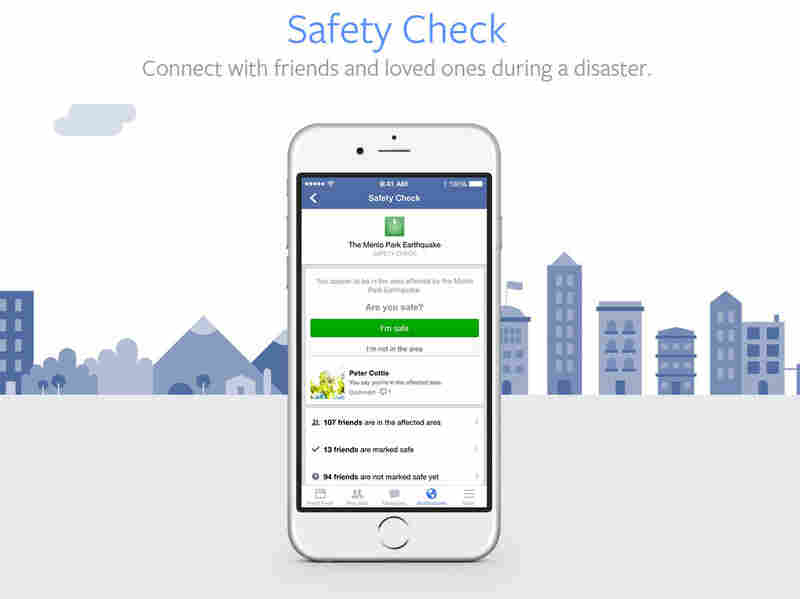 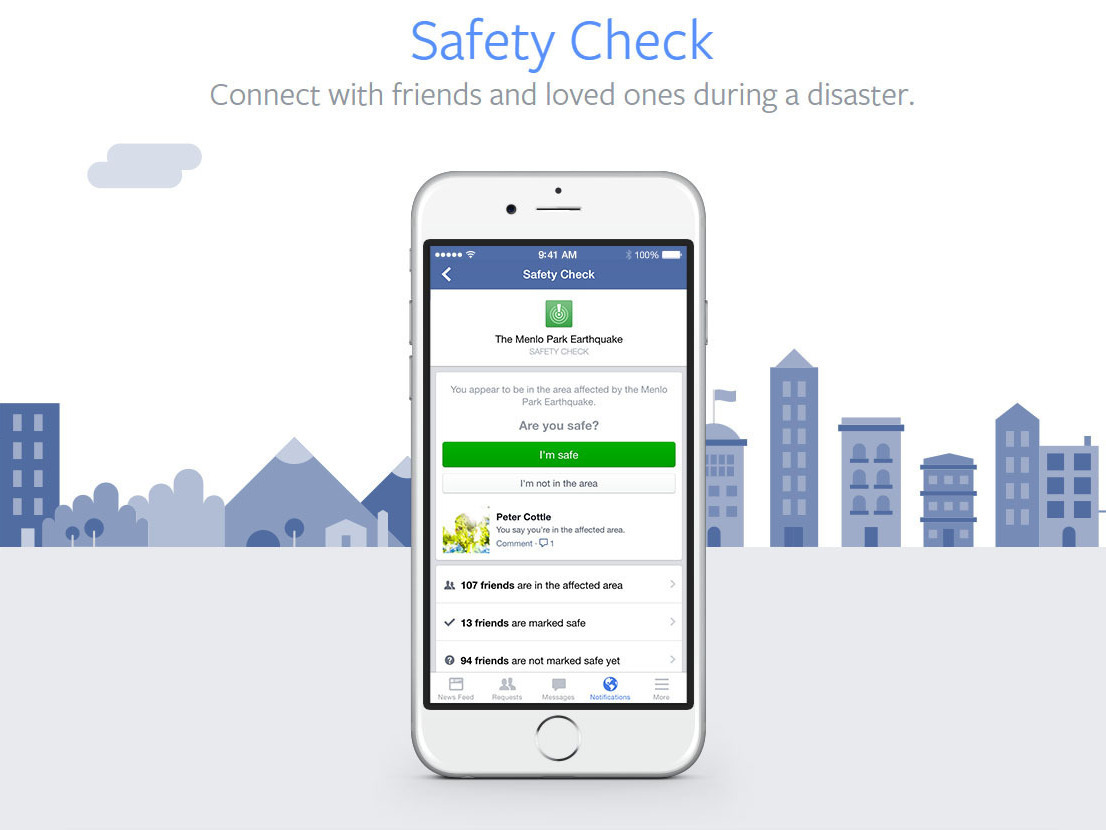 For instance, if an earthquake is detected in the area Facebook thinks a user is located, Safety Check sends a notification asking whether the user is OK. After responding, a user can check off friends he or she knows to be safe.

Facebook says, "we hope it's a tool that helps you stay connected to those you care about, and gives you the comfort of knowing your loved ones are safe."

The Internet can be more reliable than telephones during a disaster. As Hurricane Isaac struck the Gulf Coast in 2012, the Federal Emergency Management Agency tweeted that "phone lines may be congested after a storm" and encouraged users to instead communicate with friends and family via social media.

#Isaac tip: Phone lines may be congested after a storm, so update your social networks or text family/friends to say you're OK.

This is just one more way the connectivity and location services of smartphones are playing a role in natural disasters and emergencies. Throw in the growing popularity of fitness and motion tracking devices, and you have an entirely new way of seeing natural disasters.

Back in August, the popular sleep and exercise-tracking device "Jawbone UP" recorded a sudden spike of users waking up.

It was the Napa Valley earthquake, and Jawbone said 93 percent of users in the area woke soon after the rumbling began. (And for those remaining 7 percent of people who didn't wake up, we all wish we could sleep as deeply as you.)

And then there's an alert app from Lebanon, a country that saw a string of politically motivated bombings last year. Sandra Hassan said she was making a "dark" statement of discontent when she published the Android I Am Alive app. After a bombing, people could use the app to send out alerts that they were OK.