Accessibility links
Mark Zuckerberg Shows Off His Mandarin Chinese Skills : All Tech Considered The Facebook co-founder and CEO spoke at Tsinghua University in Beijing for about 30 minutes. In Mandarin. His audience liked it. 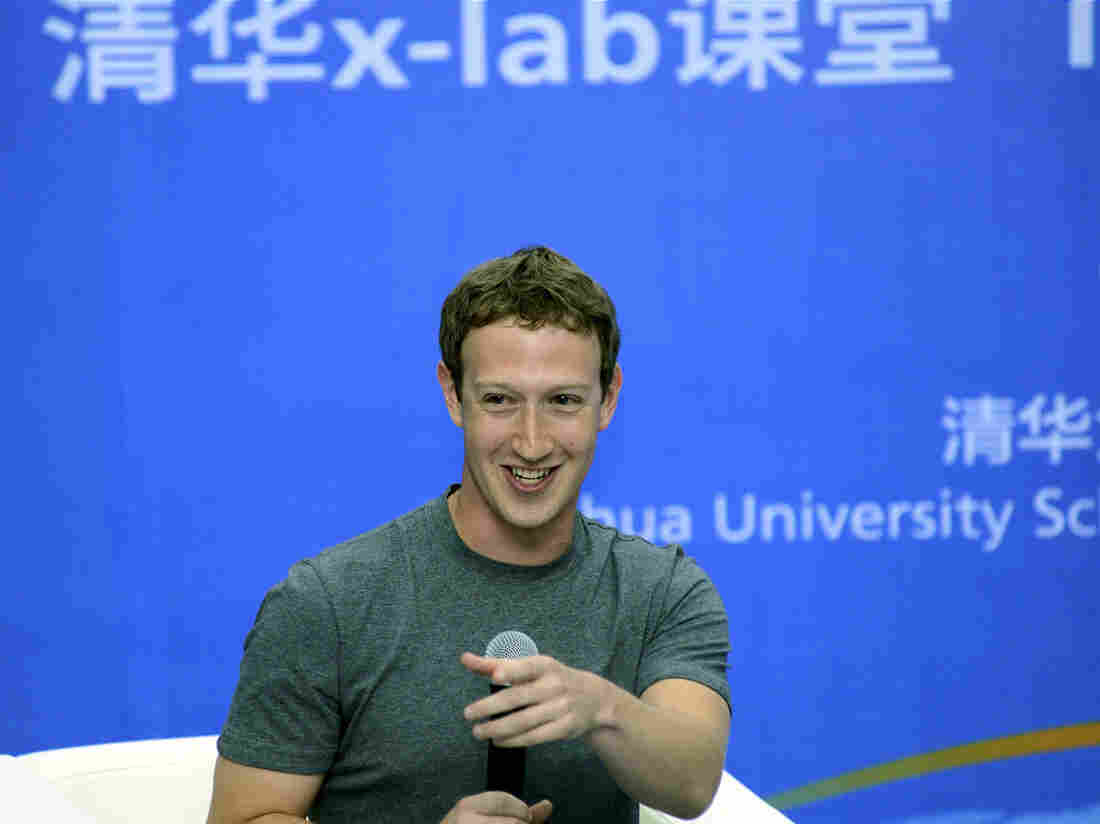 In a photo released by Tsinghua University in Beijing, Facebook co-founder Mark Zuckerberg speaks with students there on Wednesday. AP hide caption 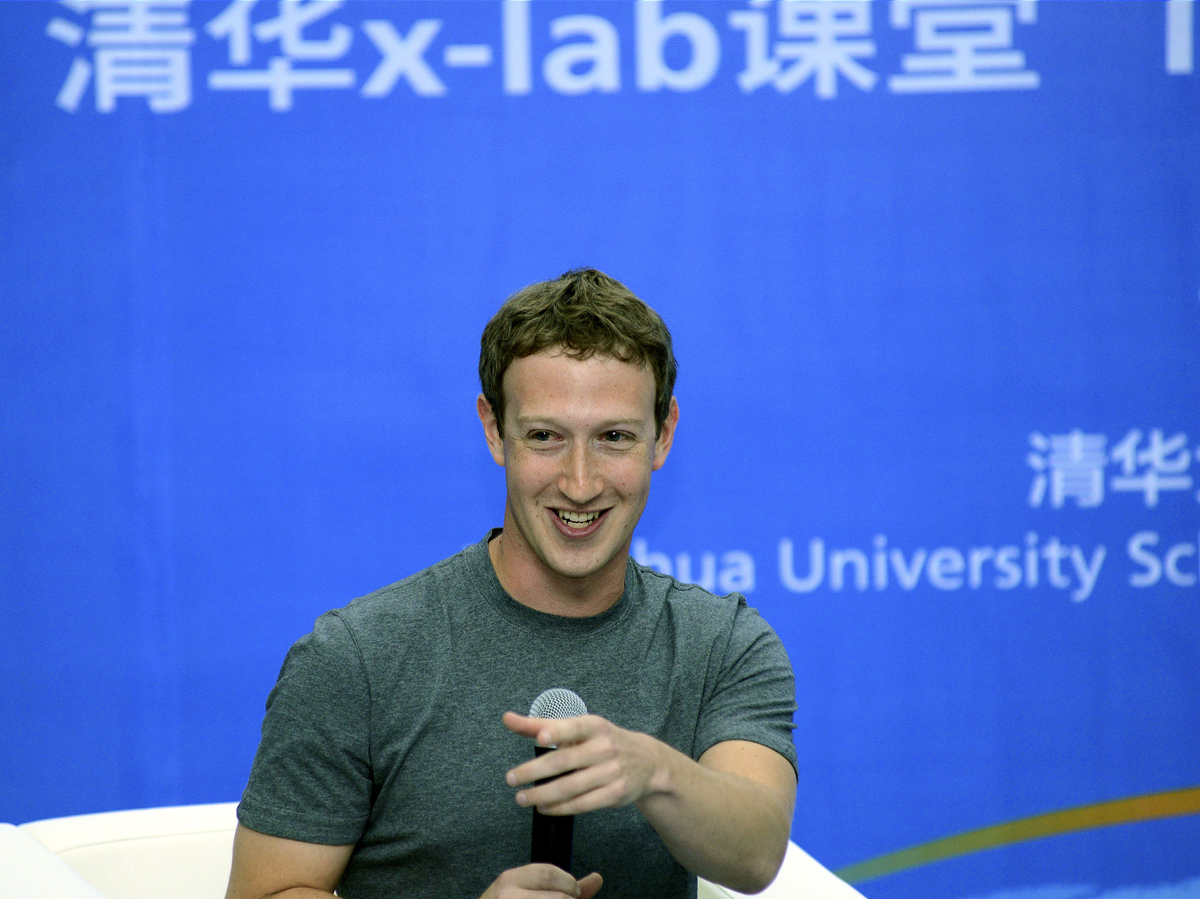 In a photo released by Tsinghua University in Beijing, Facebook co-founder Mark Zuckerberg speaks with students there on Wednesday.

Mark Zuckerberg is a man of many accomplishments. A computer programming whiz who famously co-founded "The Facebook" in his Harvard University dorm. An entrepreneur. A philanthropist. A person who warranted a wax sculpture. And now, he's a conversant Mandarin Chinese speaker.

As he explained in a question-and-answer session conducted entirely in Mandarin, so many of his Chinese-American wife's family members speak only Mandarin that he decided to learn. He has studied it since 2010 and this week felt confident enough in his skills to take questions in Mandarin Chinese at a forum at a Beijing university often called "the MIT of China," Tsinghua University.

The audience gasped and broke into applause when Zuckerberg took the microphone and greeted them in Mandarin, saying 大家好 "Da jia hao!" (Hello, everyone.)

If you haven't seen it, check it out:

Zuckerberg went on to explain — in Mandarin — that his wife's grandma loved it when he was able to ask in Chinese for her blessing to marry his wife, Priscilla Chan. And that he loves a challenge. Mandarin is a good one — it is considered one of the most difficult languages for an English speaker to learn.

And we should mention that while Zuckerberg is impressive in his ability to answer questions and speak in full sentences, he is actually not a good Chinese speaker. That's because the language is tonal. For example, "ma" could mean horse, hemp, mom or scold, depending on which tone you use. Zuckerberg's tones are all off, but since he can speak in sentences, the context made him intelligible.

Zuckerberg, in fact, opened his Tsinghua talk with how his Mandarin is lousy. And he joked in Washington, D.C., last year that he told his wife he was a terrible listener in Chinese. She replied, "Your listening is bad in English, too."