Accessibility links
Innovation: Smart Yoga Mat Could Help You Find Your Zen : All Tech Considered The SmartMat is an intelligent yoga mat that records the user's movements and makes adjustments to improve yoga practice. The creators have a prototype and plan to ship the final product in July. 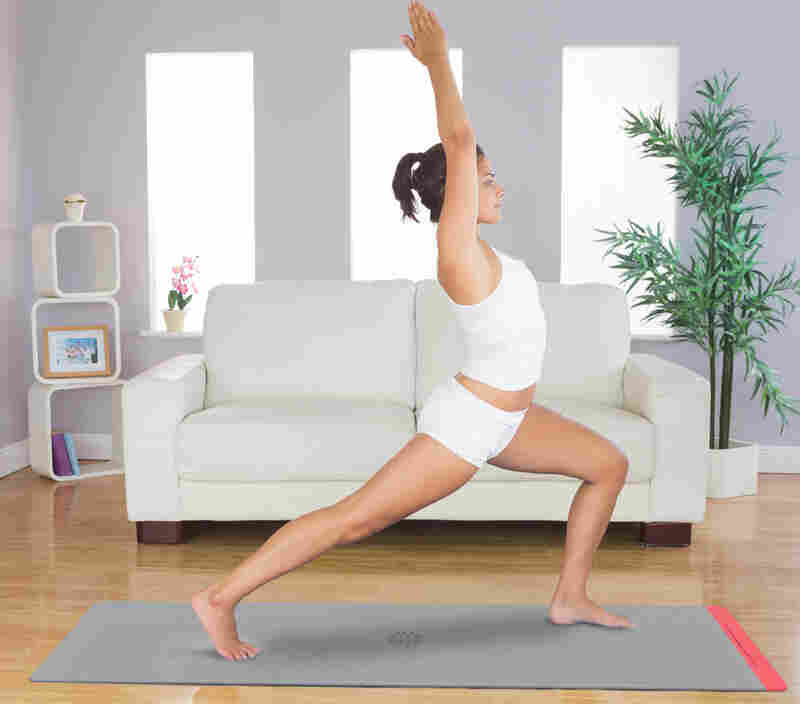 The SmartMat is a responsive yoga mat that seeks to improve one's yoga practice. Microsensors embedded in the mat record and provide adjustments to the user in real time. Courtesy of SmartMat hide caption 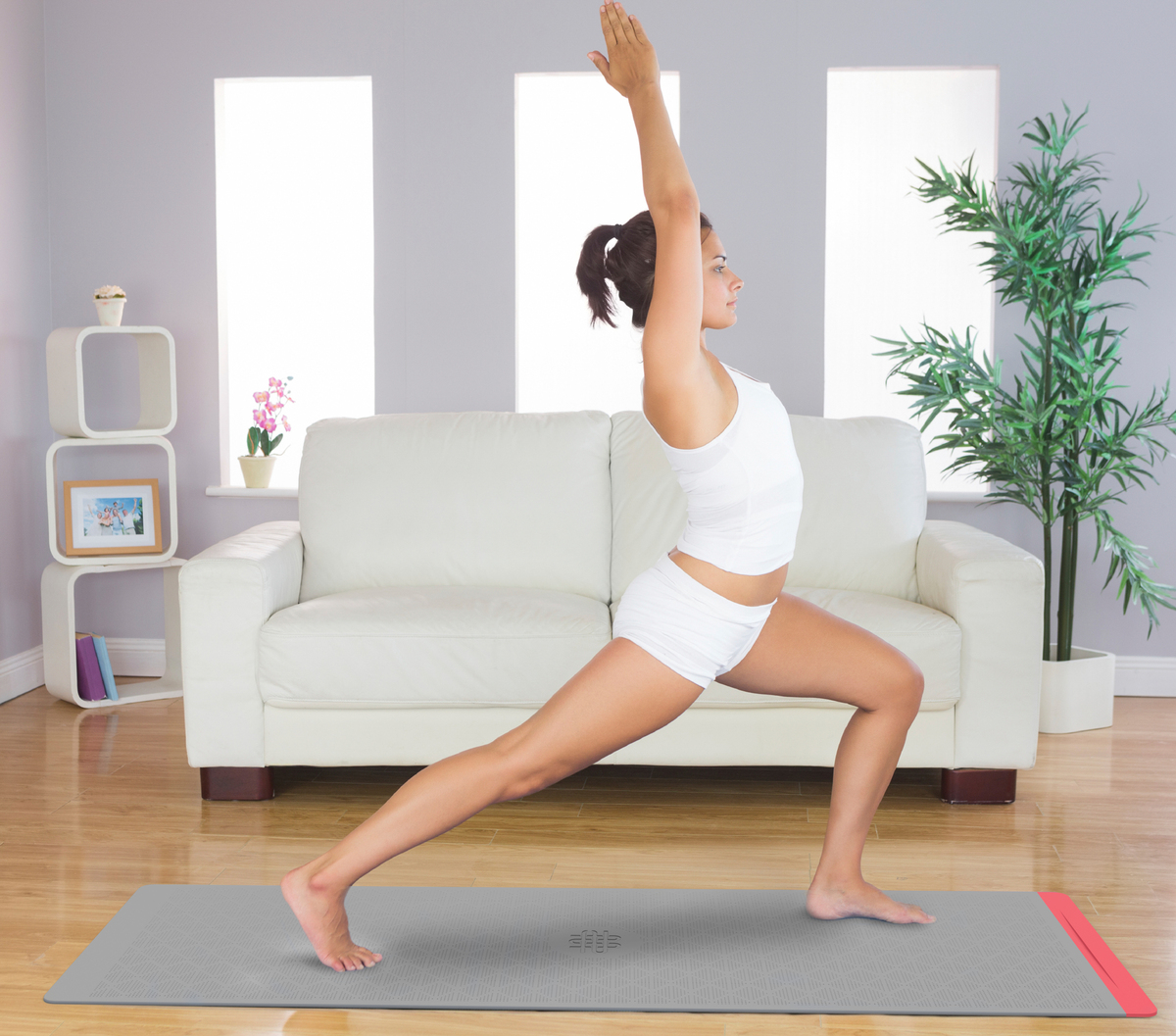 The SmartMat is a responsive yoga mat that seeks to improve one's yoga practice. Microsensors embedded in the mat record and provide adjustments to the user in real time.

If you've ever tried yoga, you know it can be difficult to find your balance in a downward dog or pigeon pose. Especially if you lack flexibility like me.

Whether you've found your zen or are just starting out, the SmartMat, a responsive yoga mat with built-in sensor technology, could help improve your yoga practice. The creators have already raised over $273,000 on Indiegogo, the popular crowdfunding website, and plan to ship a final product and companion app sometime next July.

SmartMat looks and feels like a regular yoga mat, and it can be rolled up for easy transport. It can hold up to 300 pounds, and for hot-yoga lovers, the mat can withstand up to 110 degrees.

When linked with a smartphone or tablet through the SmartMat app, embedded microsensors in the mat record each pose. Then the app corrects each pose visually or by audio in a two-step process. First, it focuses on alignment by directing the user to make small placement adjustments. Then it focuses on the user's balance and weight distribution in each pose.

The mat provides an interactive heat map so the user can watch her movements on the screen.

Creator Neyma Jahan says that there is no universal, correct way to do a yoga pose, but the SmartMat will help users find what works best for them and their practice.

"I do yoga quite often, but I can't put my heels on the ground for downward dog," Jahan says. "It's something that my body just can't do."

"Your yoga is just as good as anybody's yoga," he adds. "What matters is that the mat knows what's good for you and adjusts the practice for you."

The SmartMat is able to make suggestions about what a downward dog is supposed to look like because it is programmed to recognize 62 yoga positions. The creators programmed the mat by having 20 people of different body types perform these positions.

The first time you use SmartMat you must go through the calibration process, Jahan says. The user will enter basic information such as height, weight, gender and age. Then lying down on the mat, it will record your Ape index (ratio of your arm span relative to your height). The SmartMat will use this information as a baseline for making suggestions throughout your practice.

The SmartMat has three modes: in-home private, in-class assist and Zen mode. The user can decide whether the mat app talks during practice or silently records.

Zen mode silently records the user and "is aimed at more moderate-to-advanced yogis," Jahan says. "A lot of them have their own flows."

The companion app has a variety of classes, from beginner to advanced. Jahan says the developers hope to feature classes on the app developed by recognized yoga teachers. His team is also designing a pilot program where a yoga teacher can lead a class of SmartMat users and receive feedback in real time.

Jahan, who has been practicing yoga for seven years, thought it was only a matter of time before someone came up with this idea.

"Basically I was seeing the Internet of things taking over," he says. "I saw tennis rackets that measured your swing, basketballs that measure your free throw."

He says yogis and beginners alike could benefit from the SmartMat.

"There's a huge percentage of the population who just won't do yoga because they're not comfortable going to a yoga class and doing it with other people," he says.

When the product launches in July, Jahan estimates it will sell at a retail price of $447.