Accessibility links
Terrible Video Game, Great Fundraiser: Meet Desert Bus For Hope : All Tech Considered Desert Bus, a parody game invented by magicians Penn and Teller, consists of driving a bus on a featureless road for hours. A comedy troupe in Canada has turned that monotony into money for charity. 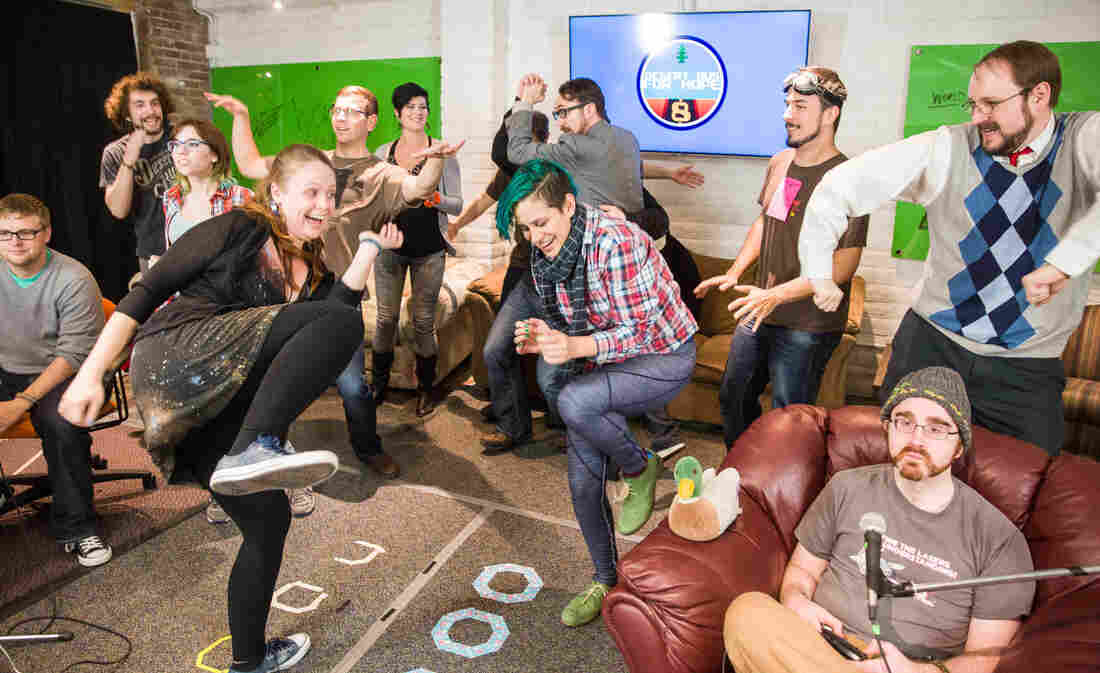 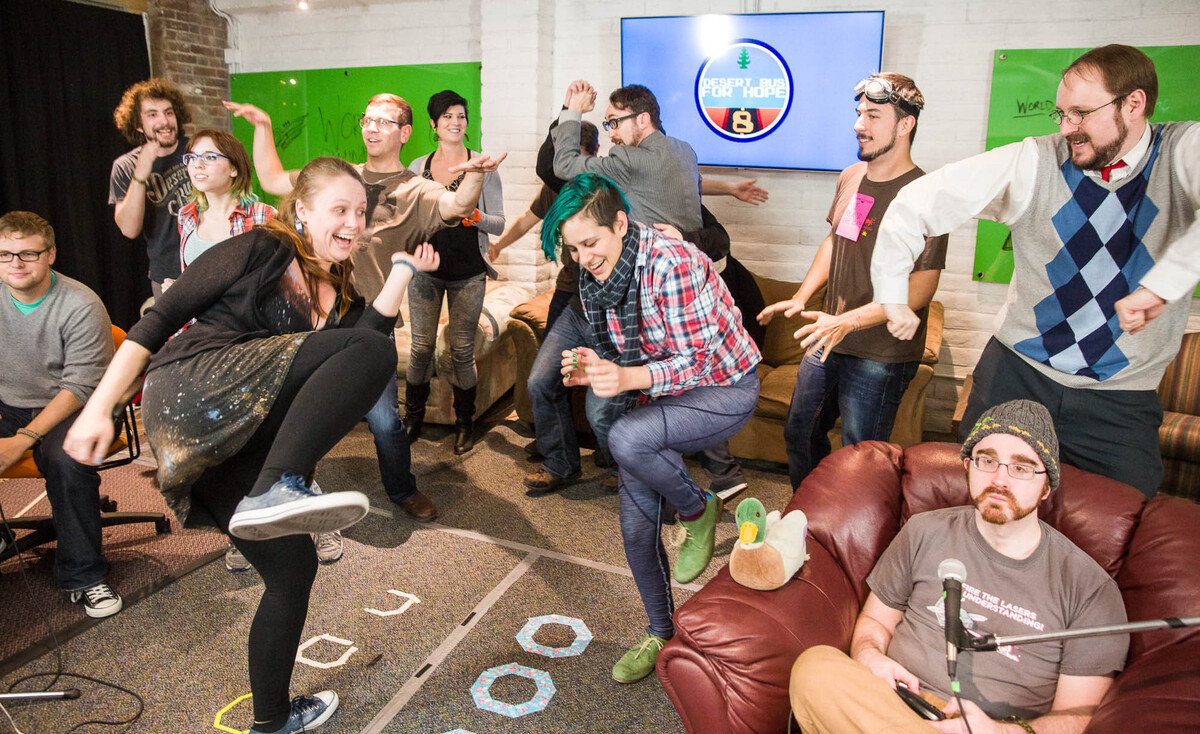 At the eighth annual Desert Bus for Hope online telethon, participants celebrate passing the fundraising mark of the seventh event. Meanwhile, in the bottom right, a driver named Paul suffers through actually playing Desert Bus for hours on end.

What would you give to watch someone else play what's arguably the world's worst video game — for nearly a week?

It turns out, people have given millions, as part of a fundraiser called Desert Bus for Hope.

Desert Bus is the game in question. Sitting in a La-Z-Boy in a room in Victoria, British Columbia, Kathleen de Vere, driving the virtual vehicle, says that playing it is awful.

Wondering what it looks like to play Desert Bus? Wonder no more.

Yet she drives ever onward between Tucson and Las Vegas ... in real time. It takes eight hours to earn one point. Unless you crash — then you have to start over.

The bus veers to the right, requiring constant correction. And you can't pause the game.

"You stay in the left-hand lane until the torment ends," de Vere says, "and then you do it again."

This rotten game was created in the mid-'90s by the magicians Penn and Teller as a satire on video games. Eight years ago, members of LoadingReadyRun-- an online comedy group in British Columbia — discovered it.

They thought a live online marathon Desert Bus session would be fun, and could raise money for Child's Play — a charity supporting hospitals and domestic abuse shelters. And thus was born Desert Bus for Hope, the world's dullest telethon.

"The first year we raised $22,000 and were sort of like, 'I guess we're doing this every year,' " says Graham Stark, de Vere's co-pilot for this shift. 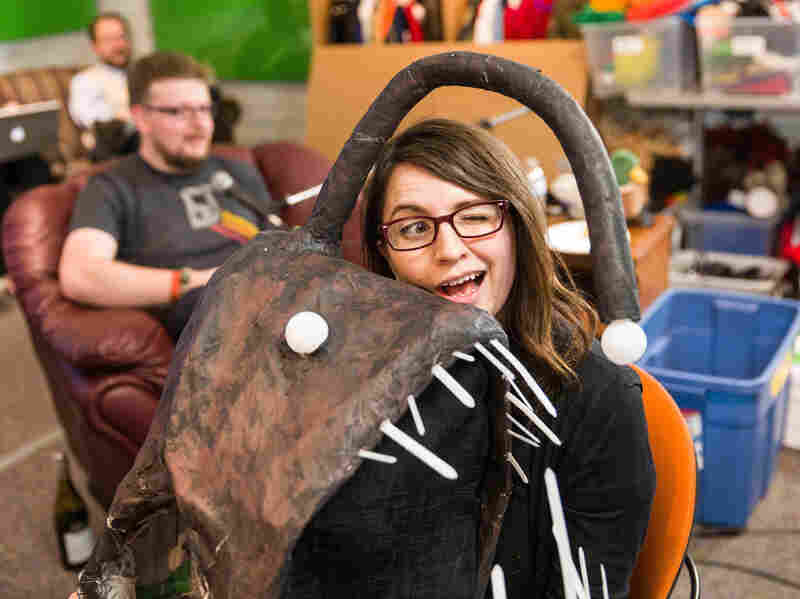 Kathleen de Vere (foreground, with terrifying fish) and Graham Stark (background, in comfy chair), were two of the drivers at this year's Desert Bus for Hope. Over eight years, the fundraiser has raised over $2 million for charity. Andrew Ferguson/Desert Bus for Hope hide caption 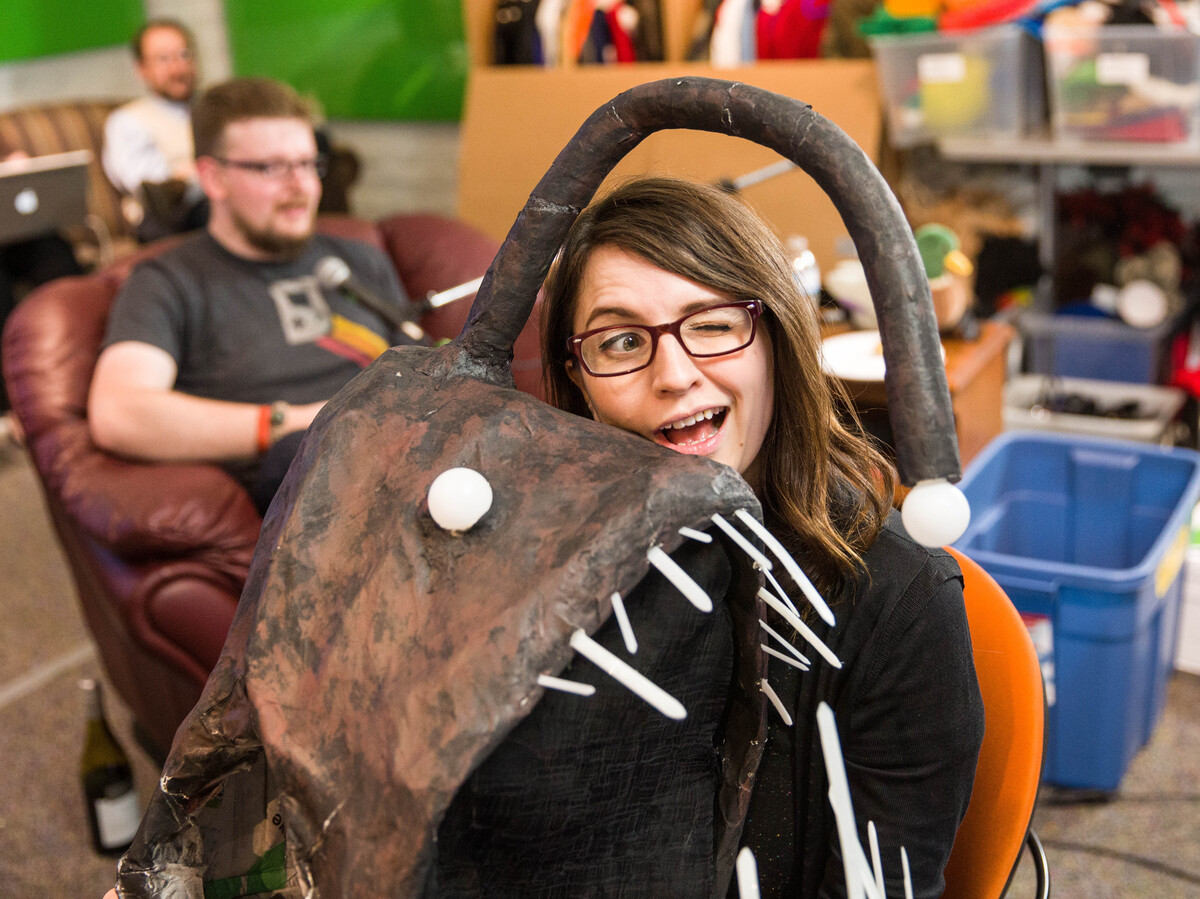 Kathleen de Vere (foreground, with terrifying fish) and Graham Stark (background, in comfy chair), were two of the drivers at this year's Desert Bus for Hope. Over eight years, the fundraiser has raised over $2 million for charity.

Since that first year, Desert Bus for Hope has grown to more than 40 volunteers working out of a conference room in Victoria. Stark says they have thousands of viewers watching drivers play. The problem is keeping those viewers interested in the world's dullest game.

"The way I word it is, we are the viewer's monkeys," Stark says. "Like, we do whatever."

They dance. They auction off artwork, gaming paraphernalia and boxes of pastries. They do karaoke to songs from Beauty and the Beast.

Playing Desert Bus, in fact, sometimes seems like an afterthought — which may be why de Vere crashed twice during her 12-hour shift.

"I may have been distracted," she says.

The fundraiser seems to be working anyway. This week, Desert Bus for Hope passed the $2 million mark in overall donations.