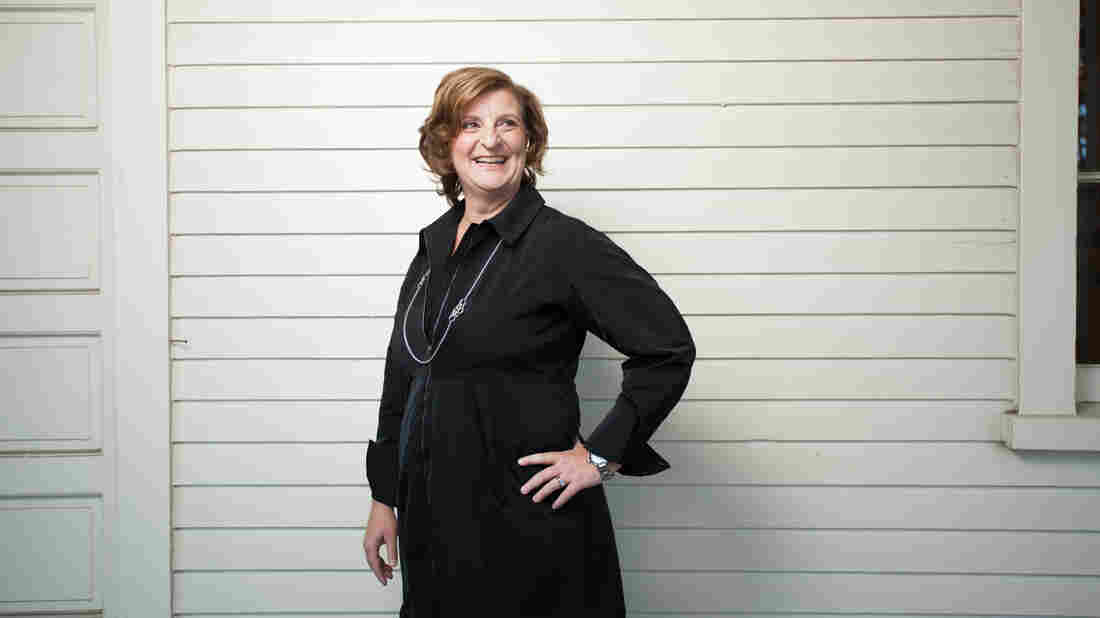 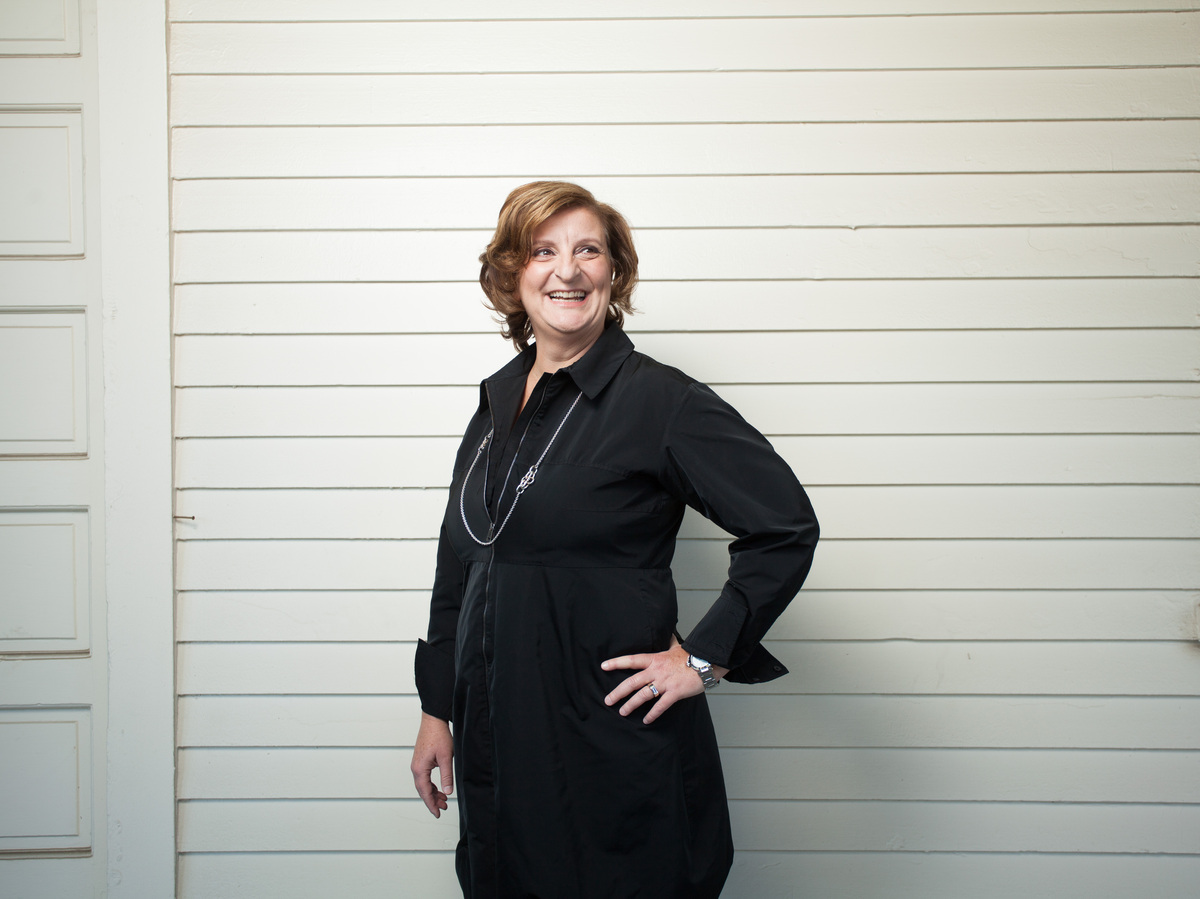 Jana Rich is one of Silicon Valley's top executive recruiters.

Getting interviewed by Jana Rich provides the warm yet affirming sensation of being in a nurturing therapist's office. She leans forward across the light-wood conference table, clasps her hands together and asks: Why did you move across the country for that job? What is it you really wanted to do? And what about that other dream? Occasionally she interrupts, as though examining storytelling abilities as much as professional narrative, to clarify and to draw the interviewee out.

It makes sense that Rich, in another universe, imagined herself getting a Ph.D. in clinical psychology. Where she has ended up is cushier: She is one of Silicon Valley's top recruiters, with a hot roster of clients.

Her favorite person to name-drop? "Sheryl Sandberg," she says with an almost girlish giggle. (Sandberg's a friend, not a former client, but that can be just as good in the six-degrees-of-Silicon-Valley sense.)

"Everyone wants to find their unicorn — and she's sort of the ideal unicorn hunter," says Neil Blumenthal, co-founder and co-CEO of the eyewear startup Warby Parker, which has retained Rich to hire a vice president of human resources. He adds: "The other thing is, she just knows every single person."

That's important in an area as red hot — economically speaking — as Silicon Valley, from San Francisco to Oakland to San Jose. The region was home to the greatest tech boom (and bust) in U.S. history, and according to job growth figures from Santa Clara and San Francisco counties, it's right back where it was in the '90s, in some cases flying higher. Plus, there's some $17 billion in venture capital funding out here — compared with $3.9 billion in New York, according to data from the National Venture Capital Association.

Right smack in the middle of this frenzy is the friendly yet seemingly unremarkable Jana Rich, a 47-year-old headhunter with an uncanny skill for connecting. Her work is "touchy-feely," as she puts it — she doesn't hunt down coding whizzes, but rather charismatic and public-facing leaders for companies' C-suites: chiefs of executive, marketing, public relations, "people operations" (aka human resources).

In person, she is warm but exceedingly professional; she keeps a long jacket on the whole time we speak, and a young member of her team hangs nearby at all times, as though waiting to jump in if I ask the wrong thing.

Rich's touchy-feely work is an $11 billion industry worldwide, according to the Association of Executive Search Consultants. And Peter Felix, president of the organization, explains that an industry like this one, which is dependent on wealthy clients doing well, has benefited from the tech boom.

The value the industry provides in return isn't just in the people it brings to these startups. Every day, Jana Rich, the sole partner of San Francisco-based Rich Talent Group, uses her psychoanalyst-style questions not just on ambitious individuals hankering for a new corner office, but also on the growing companies themselves.

"Sometimes founders don't know what they really want, or they think they know but it isn't really what they need," she tells me. A case study is when top dogs at Twitter — including Costolo and Dorsey, she says and Twitter confirms — came to her undecided about what they wanted in a marketing hire. A product marketer? A PR whiz?

It was up to her to get it: to figure out not only what the three of them wanted and what a potential hire wanted, but also what the company itself, breathing entity that it is, needed. Warby Parker's Blumenthal adds that while she searches, Rich is a kind of behind-the-scenes executive coach — which for young founders like Blumenthal is a nice security blanket.

Despite being a startup itself, Rich's operation already is well-paid for the touchy-feely and already is profitable. Generally, recruiters are paid a retainer and may also take a third or more of the future hire's first-year salary (a strategy Blumenthal says can be awkward, because headhunters also are involved in salary negotiations). Rich says she follows the retainer model, but won't say how much she has taken in or talk specifics.

Profits aside, the niche service isn't without its risks. Executive search is one of many peripheral industries in the Valley; if the tech boom continues, Rich and others will keep raking it in, but lower-level human resources professionals struggled after the first bust and the financial crisis.

"Many search firms consider high-tech very risky and don't put all their eggs in one basket," Felix said.

That said, there are some competitors, like Daversa Partners (which made some high-level placements at companies like Uber); there also are diversified companies with storied corporate histories like Russell Reynolds, Rich's old stomping ground, or Spencer Stuart.

Still, because those big companies are reluctant to dig too deep into the startup world, says Andreessen Horowitz partner Matt Oberhardt, it's a pretty open market for someone like Rich.

And there are possibly huge payoffs: During the first tech boom, executive search firm Heidrick & Struggles bought into Google as part of its agreement to place the company's new executive chairman (Eric Schmidt). After the company's initial public offering in 2004, a spokesman said, Heidrick sold its Google shares, netting the company $128 million.

No surprise, then, that Rich Talent Group wants equity as part of its fee "whenever possible," Rich writes over email — which makes her especially hungry for early-stage clients.

An Insider Among Outsiders

Rich is high-flying amid these rapidly growing companies and exorbitant evaluations; she is the insider's insider, and yet she is obsessed with giving self-defined misfits a way in. Luckily, San Francisco is a mecca for former weirdos, geeks and nerds who've found themselves powerful — and Rich, in a sense, is one of them.

At Russell Reynolds, being an outsider meant loving startups more than big corporations. At Stanford Business School, it meant being part of the group that called themselves "the poets"; they cried after math exams together in the middle of campus. And before all that, it was being gay in the "backwoods" Maine town of Norway where she grew up, adopted by a 45-year-old bank-teller mother and a machinist father who died when Rich was 6. Rich said she "always knew I was different."

Today, Rich has been married for five years — they've been partners for 18 — to Jill Nash, a communications exec whom Rich met on one of her first search jobs ever, as a junior recruiter working on a placement for Charles Schwab.

"At first, when I met her, I thought: country club, conservative Republican," she laughs. An ironic lapse in judgment for someone whose job it is to judge personality.

Rich's real advantage, though, isn't her years of experience at a big firm or her Rolodex or her "outsider" label. It's that entrepreneurs are snobbish about working only with other entrepreneurs. Which means she had almost no choice in the matter: To work with startups, she had to become a startup.

So now, when the Valley's innovators want fewer lawyers in the way and quicker movements — all the stuff of the "move-fast-and-break-things" economy — Rich's sharp eye and sprawling network keep things spinning.