Accessibility links
A Data Analyst's Blog Is Transforming How New Yorkers See Their City : All Tech Considered Ben Wellington tracked down two of the city's costliest parking spots and its leafiest neighborhoods, while pointing out questionable health grades for restaurants and odd charges for subway riders. 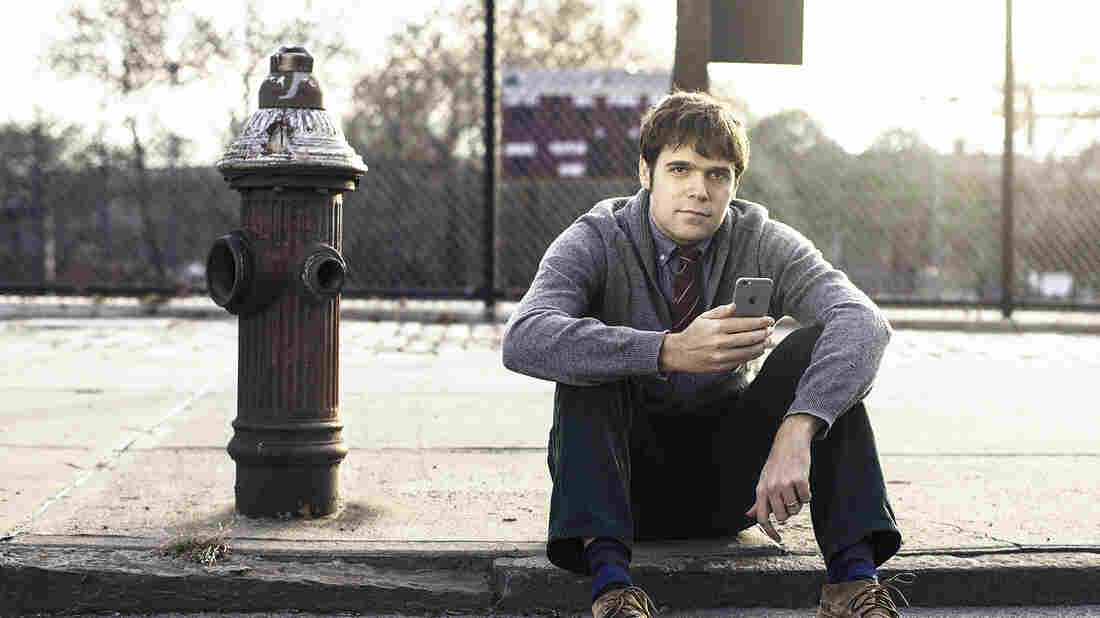 New York data blogger Ben Wellington sits next to a fire hydrant Sunday in Brooklyn, N.Y. His investigation into the city's parking ticket data found that two Lower Manhattan hydrants on consecutive blocks in Manhattan generated $55,000 a year for the city — off of cars that appeared to be parked legally. RIchard Villa/OZY hide caption 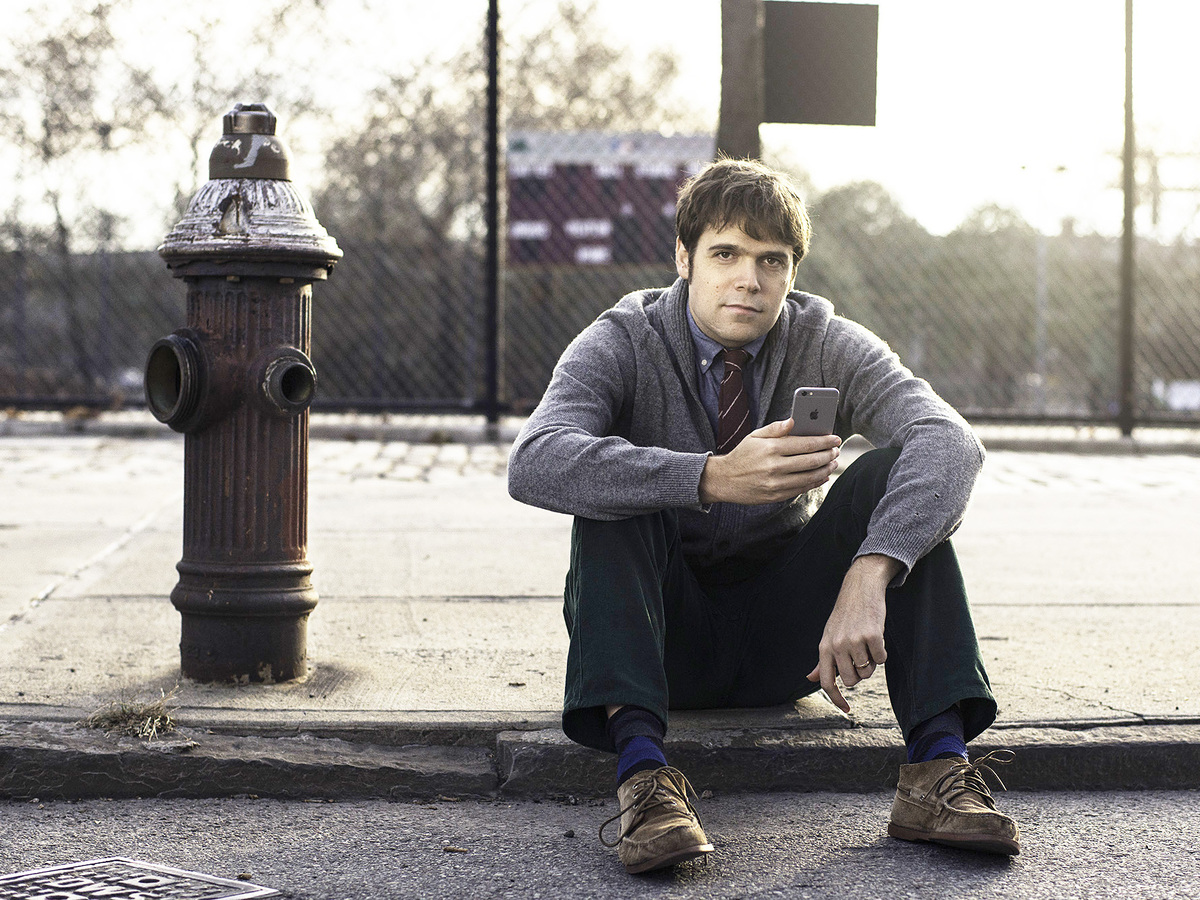 New York data blogger Ben Wellington sits next to a fire hydrant Sunday in Brooklyn, N.Y. His investigation into the city's parking ticket data found that two Lower Manhattan hydrants on consecutive blocks in Manhattan generated $55,000 a year for the city — off of cars that appeared to be parked legally.

It may have been the fire hydrants that certified Ben Wellington as the king of New York's "open data" movement. Earlier this year Wellington pored over New York City's parking ticket data and identified two hydrants on consecutive blocks that were generating $55,000 a year in tickets, all from cars that appeared to be parking legally.Not long after Wellington's online report went viral, the data-loving citizen investigator learned that the city's Department of Transportation had reviewed the roadway markings, then repainted the parking spots so that drivers would stop getting ticketed. (The DOT didn't respond to a request for comment.)

Wellington's popular I Quant NY blog is made possible in part by a major law that former Mayor Michael Bloomberg signed in 2012, which forces city agencies to make all the data they produce publicly available and searchable online. Yet few have seemed to dig as deep into the troves of data surrounding everyday issues that really infuriate, delight or intrigue New Yorkers as Wellington, who has posted about the city's filthiest fast-food chains, mapped out how half of Manhattan is within four blocks of a Starbucks and determined which neighborhoods boast the most trees.

The 33-year-old runs his blog from a laptop in his Brooklyn apartment — when he isn't working as a visiting assistant professor at the Pratt Institute's Graduate Center for Planning and the Environment, or as a number cruncher who helps predict market patterns for multibillion-dollar hedge fund Two Sigma Investments.

His mission for the blog is simple: to change government policy by using open data. And he's becoming a force to be reckoned with as he publicizes all of the things the city's agencies are doing wrong.

"I'm trying to make stats accessible," he says, "and even cool. Imagine that."

The skinny data nerd, who holds a Ph.D. in empirical natural language processing (or, in English, the computer science behind programs like Apple's Siri and Google Translate), prefers to call himself a "mathematical DJ." His love for numbers spills into a stats course that he teaches at Pratt and is based on real open data from New York. That class, and chats with students, are the foundation for his blog, which he launched in February.

While analyzing data takes up a significant chunk of his time both inside and outside of academia, Wellington says he really wants to tell stories and be a catalyst for better policymaking in the city — which he's doing one data set at a time.

There's always another cause worth championing, and Wellington jumps from one to the other, whether it's mapping out payphones that are now free Wi-Fi hotspots or figuring out which states have the best and worst public housing (respectively, Idaho — yes, Idaho — and Maryland, although the District of Columbia is even worse).

That's his style: spontaneous. Last year, he and his wife, Leslie, bought a 1973 Volkswagen bus — off eBay — and used it to drive across the country for three months. (They were going to sell it but fell in love with it.) Even in class, students describe the frenetic, fast talker as the type of lecturer who bounces from one student to the other in a way that he no doubt honed after he founded one comedic improv group and more recently started working with another. 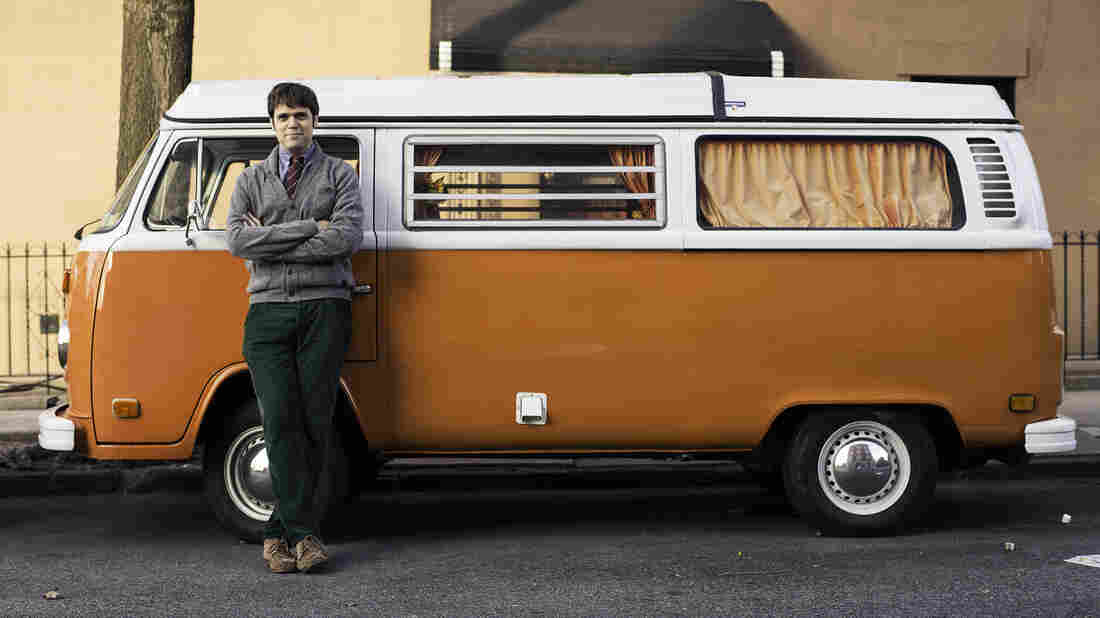 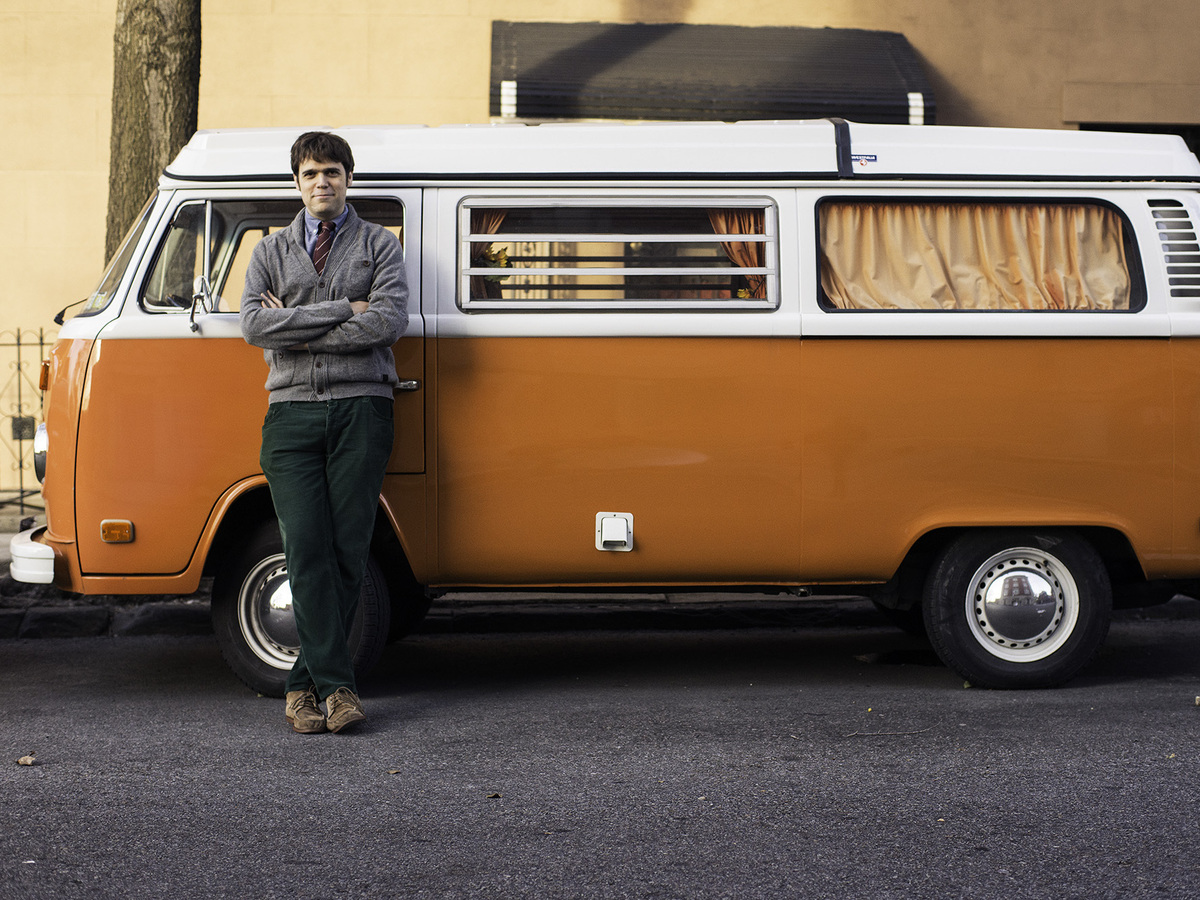 Wellington stands in front of a Volkswagen bus Sunday in Brooklyn, N.Y.

Some agencies may be ready to work with the polymath on his findings. He says he's in "preliminary conversations" with a number of local government officials, and a spokesperson for the New York City comptroller — a big data provider that Wellington has mined several times for insight on legal claims against the city — says Wellington's work is among those helping to "shape conversations and promote data-driven policy in America's largest city."

But these are bureaucrats, a group not known for being open to change, so Wellington takes the praise with a grain of salt.

"Agencies are not quite sure what to do with this citizen-style, open data," he says. "When you go to somebody and tell them that something is broken, their first instinct is to get defensive."

While many agencies have responded to Wellington's claims, some of them have flat-out denied his allegations. He accused the Department of Health, for instance, of overseeing a flawed restaurant grading system where lenient inspectors inflated many grades from a high "B" on New York's scale to a low "A." The department, however, dismissed Wellington's conspiracy theory and noted that inspectors are told to cite whatever they see.

The blogosphere erupted over his theory that the Metropolitan Transportation Authority was pushing subway users to add specific amounts to its reusable MetroCards that would result in substantial unused balances, helping it pocket about $50 million a year. The MTA denied it was purposely bilking commuters but said it would keep in mind the fares he'd suggested when it rolls out a fare increase next year.

Wellington tries to avoid writing his posts in a way that might be accused of falling to the left or right of the political spectrum. (His wife works for the New York City Council.) His supporters, of course, say he's discovering some real consumer pain points and giving a voice to those who might not even know where to start looking in all that digital data.

These days, Wellington says he's working on a book about data — inspired by one of his favorite titles, Kate Ascher's The Works: Anatomy of a City, which tries to shed light on the obscure innards underpinning the country's biggest metropolis. As for his next open data act, Wellington is considering tackling a more ambitious topic: calculating the likelihood of a fire in certain New York neighborhoods — in part based on the ages and sizes of their buildings.

"I'm doing data science on a rapid cycle approach," he says. "Maybe it takes me four hours instead of four months to do a study, and that leaves a lot of questions — but, more importantly, it gets people talking."