Accessibility links
Did You Hear? Going Viral No Longer Just For Videos, Memes : All Tech Considered Sure, the Internet is littered with viral cat videos. But recently some bits of audio have drawn millions of listens. Yet it may be too soon to say we're entering a new age of viral audio. 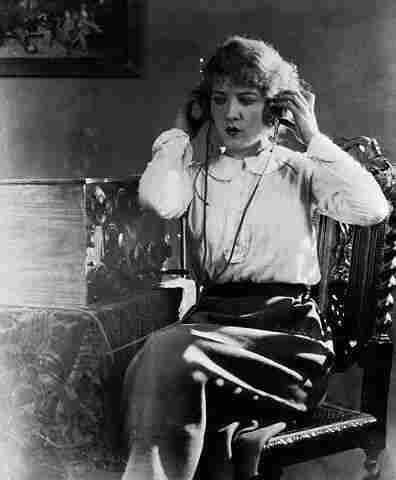 While viral videos are a common feature of modern Internet life, recently a few audio clips, including sounds from a comet, have become popular. Underwood & Underwood/Corbis hide caption

The idea of a blog entry or a video going viral on the Internet is a feature of modern life — from the cute cat video to the articles about a politician's gaffe.

But, much to our disappointment here at NPR, rarely does a clip of audio go viral. Recently there have been a few exceptions, though it's unclear whether that's a fluke or a new age of viral audio.

About three weeks ago, the European Space Agency shared what it called the "singing comet" — sounds of a comet collected by the Rosetta spacecraft 300 million miles from Earth.

Daniel Scuka of the European Space Agency says it's like listening to something "primeval."

"You close your eyes, you've seen the pictures of the comet, and now you're actually hearing its telltale signature," he says. "It's like, 'Wow!' "

Scuka says the singing comet clip has been listened to more than 5 million times. He says the ESA has never had this much interest in its audio.

"We had such huge media coverage, basically worldwide, for our Philae landing that publishing it at the time that we had this really allowed it to go viral and take off," he says.

The clip was posted on SoundCloud, a German-based company that has tried to position itself as the YouTube of audio. SoundCloud has 175 million monthly listeners. A lot of them are musicians and music fans sharing tracks, but SoundCloud's head of audio, Jim Colgan, says that recently the site has been getting more listens of people speaking.

"I think you will see, and I actually think we are seeing, that each time it happens people are kind of used to it enough for the next time," he says. "So I think it is starting to snowball a little in that sense."

Technologically it's getting simpler to make and share audio. Anyone with a smartphone has a recorder in his or her pocket. SoundCloud recently worked out a deal with Twitter so you can listen to its audio there. And the latest iPhone software lets you text voice messages.

"That technology was around before, right, but now they're adding in audio as a key component of text messages," Colgan says. "That just shows the value of audio, I think."

But Colgan says certain audio is more likely to go viral. The New Zealand comedic team Fletch, Vaughan and Megan found a text message conversation quoted on BuzzFeed and read it aloud. It is from a woman to a man after a one-night stand. They call the skit "This Is What Crazy Looks Like Via Text Messaging."

You can listen here, but the gist is that the woman goes nuts, frantically texting a man named Kevin, both berating and begging him, but he refuses to respond.

"Please text me back Kevin!" she implores. "I'm so messed up, and I'm so sorry, Kevin. You're an amazing man, and I don't want to lose you out of my life."

Then the next text makes a 180-degree turn.

"So this is goodbye!" she says.

And yet another return.

"Look, I'm on my way over to your place to apologize, Kevin," she says.

What's interesting about this clip, which lasts for eight minutes, is that there was a written version on BuzzFeed and a video on YouTube, but only the audio clip went viral — it's gotten nearly 7 million listens. Colgan thinks it hit on one feature of certain audio that has mass appeal.

Social Media Detectives: Is That Viral Video For Real?

"I think you are closer to kind of the intimacy of the text message with audio," he says. "Audio's a very intimate medium. So I think that was the best way to replicate it."

Not everyone is certain we're entering a golden age of audio, including some professionals. A company called Audioboo was founded as an audio social network in 2009. It made it easy for users to record and share homemade clips.

"A lot of people wanted to kind of record stuff that was personal to them," she says. "It didn't actually generally make that great listening to others."

The company rebranded — it's now audioBoom — and changed its model. It has deals with professional audio partners like the BBC and Sky Sports. Since the shift, the company has grown fast — up from 8 million listens in October 2013 to 20 million this past October.

Brown says it's really hard to make audio that a lot of people want to share because it's a very personal medium compared with a video or a written story.

"That intimacy and that cerebral kind of recognition of a voice or of voices, it's a different brain activity," says Brown. With a video, it's "a quick flash of something funny that runs across your screen and runs off again."

AudioBoom still lets people easily record on their phones and share audio. Brown thinks that as it gets even easier, we are likely to see more viral audio — even if it isn't the kind of massive sharing that, say, kitty videos get.

In an early audio version of this story, we said the sounds of a comet were collected by the Philae space probe. The sound was actually gathered by the Rosetta spacecraft.