Accessibility links
Microsoft Says Goodbye To Clip Art : All Tech Considered Microsoft announced that it is eliminating clip art libraries from its suite of Office productivity software, and replacing it with Bing Image search. But the iconic illustrations may live on. 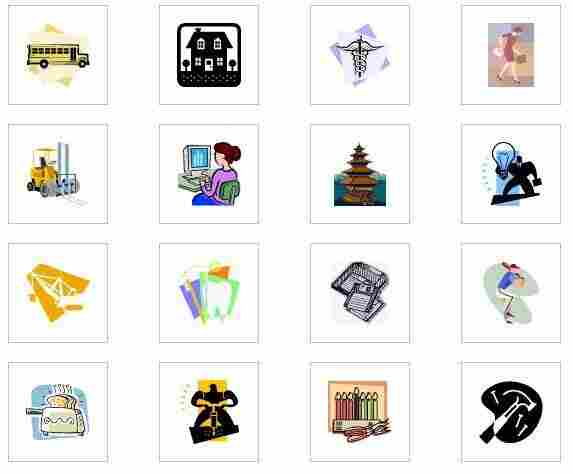 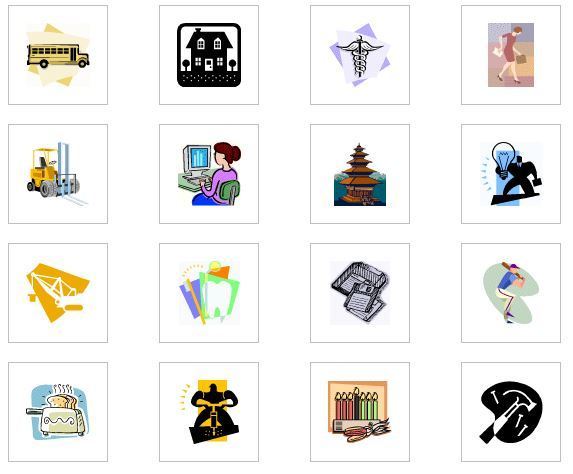 Microsoft's Clip Art has come to an end.

Microsoft Office announced Tuesday that it's moving on from Clip Art, the image service that proved oh-so-popular in many a school paper and work presentation for years:

"The Office.com Clip Art and image library has closed shop. Customers can still add images to their documents, presentations, and other files that they have saved to their devices (phones, tablets, and PCs), OneDrive, and SharePoint."

Theage.com says over the years, Clip Art grew into an expansive library, from "only 82 illustrations built into Word 6.0 in 1996 ... to more than 100,000 static and moving images housed online."

Microsoft will now send Office customers to its Bing search engine for images that are cleared through the Creative Commons licensing system. A Microsoft spokesperson said this move won't be a big change for most users, as Microsoft, for years, has been using an online Clip Art database:

"The change will only impact scenarios where a user searches to insert new art into their work. The experience will be the same as it is today, except that the images being searched and pulled for the user will not come from Office.com Clip Art, but rather from Bing Images filtered for Creative Commons licensing."

But it's still a big moment for anyone who for years relied on Clip Art's ubiquitous, if sometimes rudimentary artwork.

NPR spoke with one of Clip Art's most prolific artists, Cathy Belleville.

"I grew up my whole life knowing that I wanted to be an artist," she said. "And then my senior year of college it kind of hit me... oh, my God, I have to get a job."

Belleville started working on PowerPoint for Microsoft. But in 1995, she left the company and came up with the idea for "Screen Beans," a series of simple, black stick figure guys wearing hats. You've probably seen the guy jumping in the air clicking his heels in celebration, or the guy with a light bulb over his head, who just had a GREAT idea. Belleville said she's not satisfied with that one.

"He's the most poorly drawn and sadly one of the most used ones," she said. "And so I see him a lot and think, 'Wow, I really drew that badly.' "

Whatever Belleville's legacy may be, and regardless of Microsoft's latest announcement, Clip Art's images are likely to keep turning up. Earlier editions of Microsoft Office still have them stored in their programs, and sites like openclipart.org can continue to help you get your fix.

And Microsoft has been known to bring back discontinued features in Office. For years now, the company has been sneaking Clippy, that annoying, and discontinued paper clip Office assistant, into new versions of its programs.