Accessibility links
Weekly Innovation: A Smart Pan That Helps You Cook Like A Chef : All Tech Considered The Pantelligent frying pan uses temperature control to help you cook food perfectly. The pan is connected to a smartphone app, which contains over 50 recipes.

Weekly Innovation: A Smart Pan That Helps You Cook Like A Chef

Weekly Innovation: A Smart Pan That Helps You Cook Like A Chef 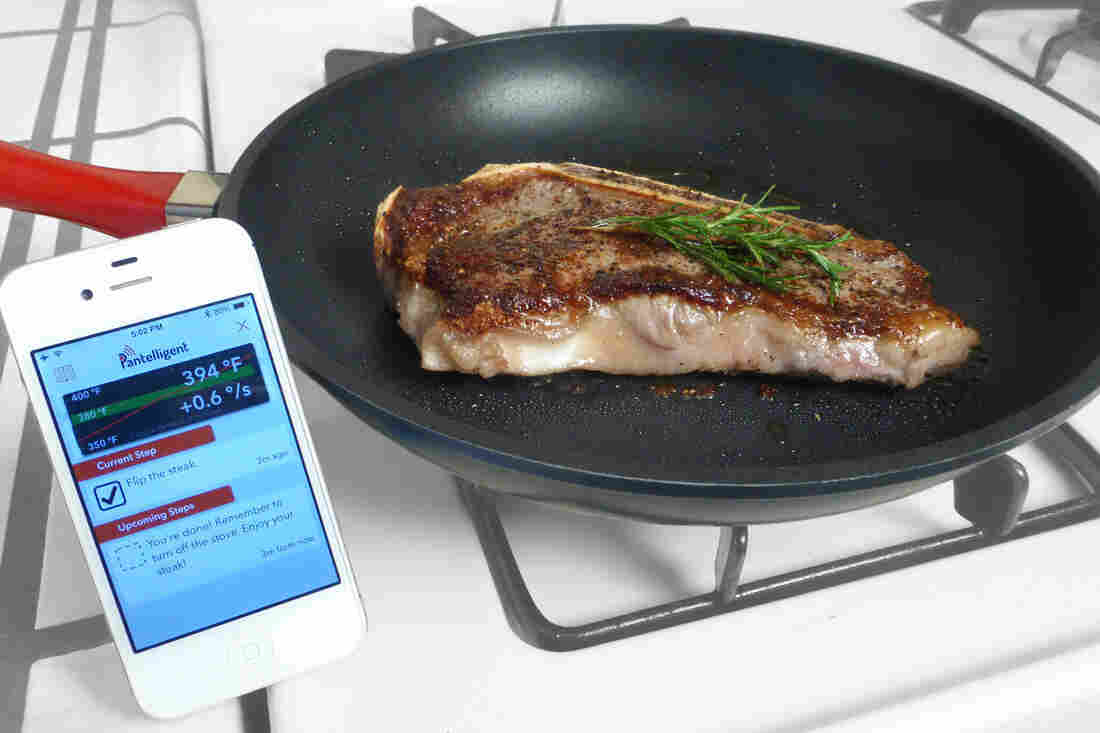 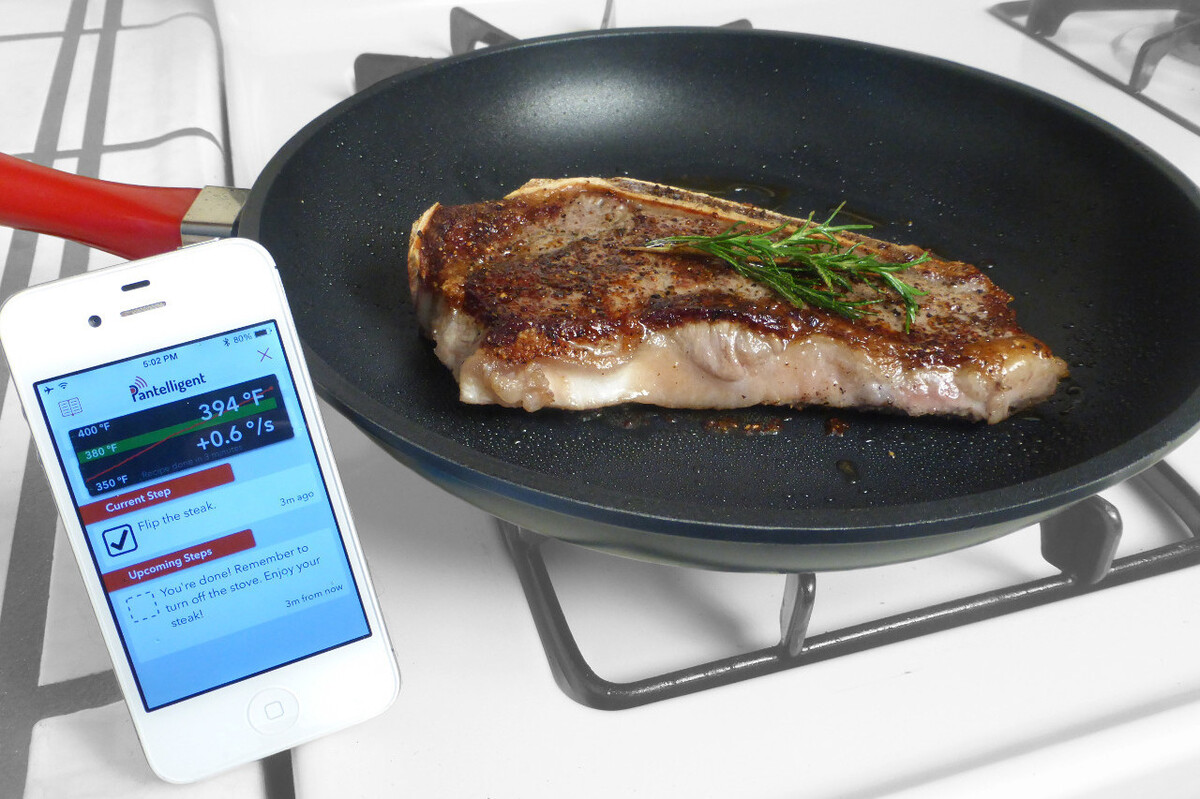 For the average cook, stovetop cooking is often a complicated game of guess and check.

You throw some meat into a pan with some olive oil and all you have to go on is the sound of sizzling and popping to guess the temperature of the pan. Often this leads to charred or undercooked food.

So why don't we measure temperature when we cook on our stovetop like we do in the oven?

The developers of the Pantelligent smart frying pan say it uses temperature control to help you cook food perfectly, like a professional chef. When connected with a smartphone app, a temperature sensor mounted in the pan guides the user through the cooking process. The creators have received pledges of nearly $50,000 on Kickstarter. 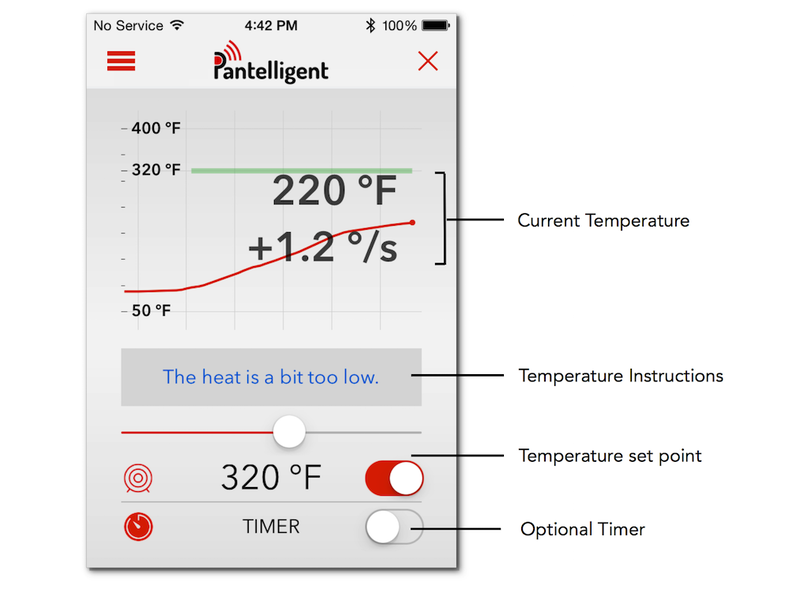 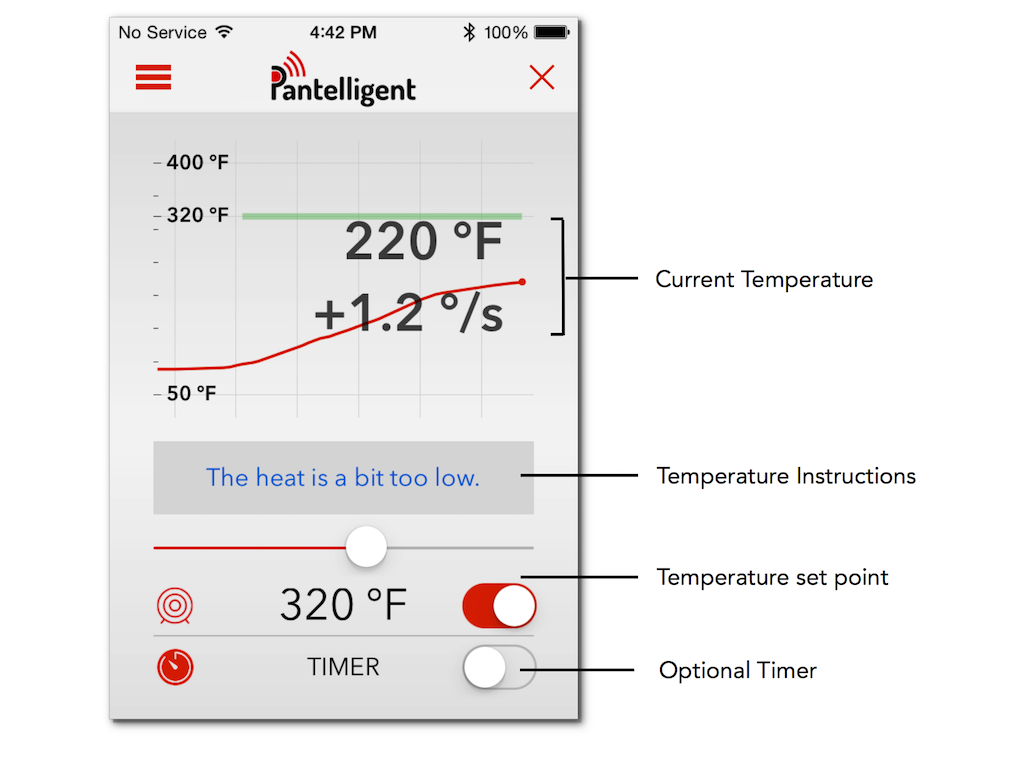 While cooking, the Pantelligent app shows the user the current temperature of the pan (red line) and the target temperature (green line).

Humberto Evans says he created Pantelligent because it's difficult to know when food is cooked all the way through.

"You either cut it open or use a meat thermometer," he says. "But honestly who actually does that? I'm gonna wing it, and I'm gonna be wrong. You don't notice how stressed you are [in the kitchen] until Pantelligent kind of takes that away."

To begin, the user chooses from over 50 recipes in the Pantelligent app that cover a wide range from steak to eggs to vegetables, Evans says. In "Record Recipe" mode, the user can record temperature data while cooking an item that is not on the recipe list.

After choosing a recipe and following the preparation instructions, the user connects the app and pan via Bluetooth. The app shows a list of steps and when they're coming based on the pan's current temperature. Audio and visual alerts tell the user how hot the pan is, how hot it should be, when to stir or flip, and when the food is done. On the screen you can watch the actual temperature (red line) stay near the target temperature (green line).

The high-temperature sensor is embedded inside the pan and connected to batteries in the handle.

"If you were to naively mount a sensor on the bottom of the pan, when you turn the heat on, the flame is really hot, so the temperature will measure a really high temperature that's not accurately measuring the top of the pan," Evans says. "So it has to be mounted inside the pan and insulated from the bottom in a way that is directionally measuring upward."

Evans says he's been cooking for most of his life in his family's restaurant. When he moved in with his co-creator, Mike Robbins, after college, Evans says, he did most of the cooking. Robbins could only chop vegetables while Evans did the more complicated tasks.

"He tried to learn and wasn't good at it, so we joked that he was my robot in the kitchen," Evans says. "Then we thought maybe we could actually build this robot."

The developers estimate that Pantelligent will be available by next August and will cost between $199 and $249.