Accessibility links
Inventor Ralph Baer, The 'Father Of Video Games,' Dies At 92 : All Tech Considered Video games have become a ubiquitous, billion-dollar industry, but all of the Playstations, Xboxes and Wiis can be traced back to the work of Robert Baer and his "Brown Box." He died Saturday.

Inventor Ralph Baer, The 'Father Of Video Games,' Dies At 92

Inventor Ralph Baer, The 'Father Of Video Games,' Dies At 92 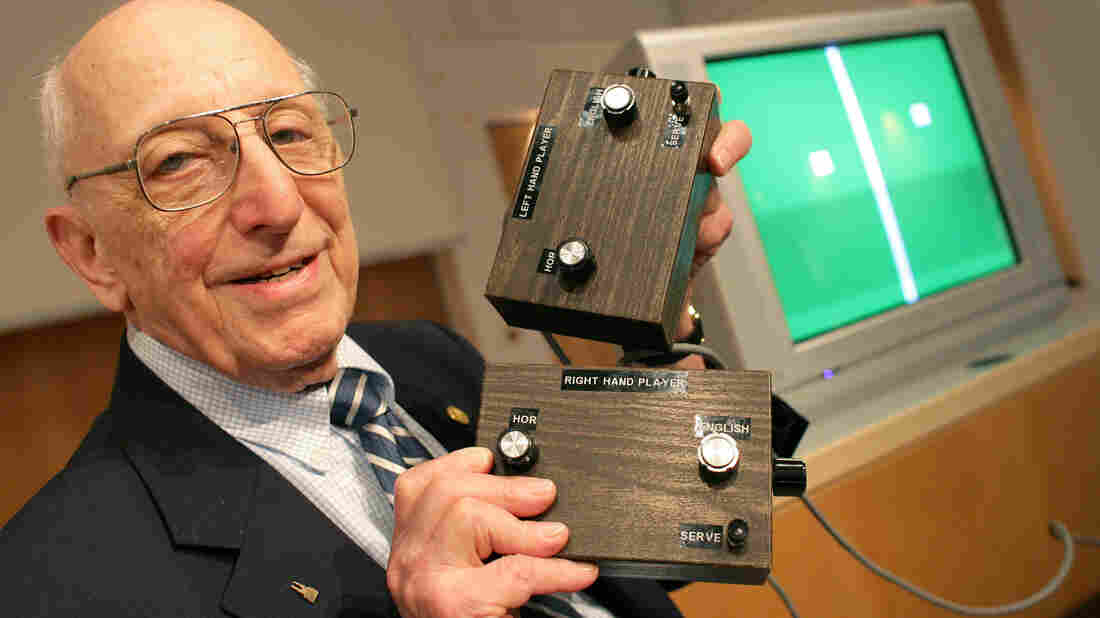 German-American game developer Ralph Baer shows the prototype of the first games console which was invented by him during a press conference on the Games Convention Online in Leipzig, Germany in 2009. Baer died on Saturday. He was 92. Jens Wolf /DPA /Landov hide caption 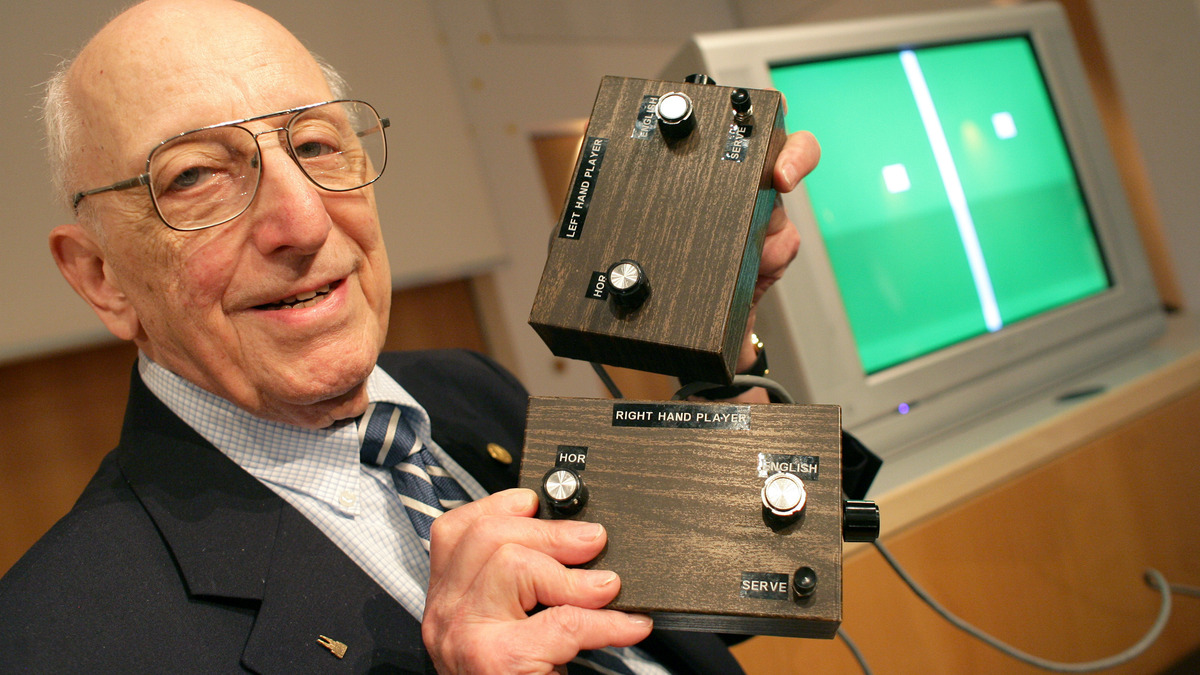 German-American game developer Ralph Baer shows the prototype of the first games console which was invented by him during a press conference on the Games Convention Online in Leipzig, Germany in 2009. Baer died on Saturday. He was 92.

Ralph H. Baer, the man widely acknowledged as the "father of home video games" for his pioneering work in electronics and television engineering, died on Saturday at his home in Manchester, N.H. He was 92.

Video games have become a ubiquitous, billion-dollar industry that has in recent years surpassed the movie business. Titles in the Grand Theft Auto and Call of Duty franchises often sell millions of copies within days of release. But all of that — as well as the Playstations, the Xboxes and the Wiis – can be traced back to Baer's work and his "Brown Box."

As the New York Times describes it, it was a sultry summer day in 1966 when Baer — who was working as an engineer for defense contractor Sanders Associates, now part of BAE Systems — scribbled out a four-page description for "game box" that would allow people to play action, sports and other games on a television set.

One Sanders executive saw potential in Baer's idea and gave him $2,500 and two engineers to work on the project. Over the years they churned out seven prototypes in a secret workshop, before landing on a version that Baer and Sanders would use to file the first video game patent in 1971.

The "Brown Box" was licensed to Magnavox and went on sale as the Odyssey in 1972 — the world's first video game system. The primitive system was all hardware and used "program cards" for games. Plastic overlays for the television screen provided color. Priced at $100 (though Baer had recommended $19.95), the Odyssey sold more than 100,000 units its first year and 300,000 by 1975. 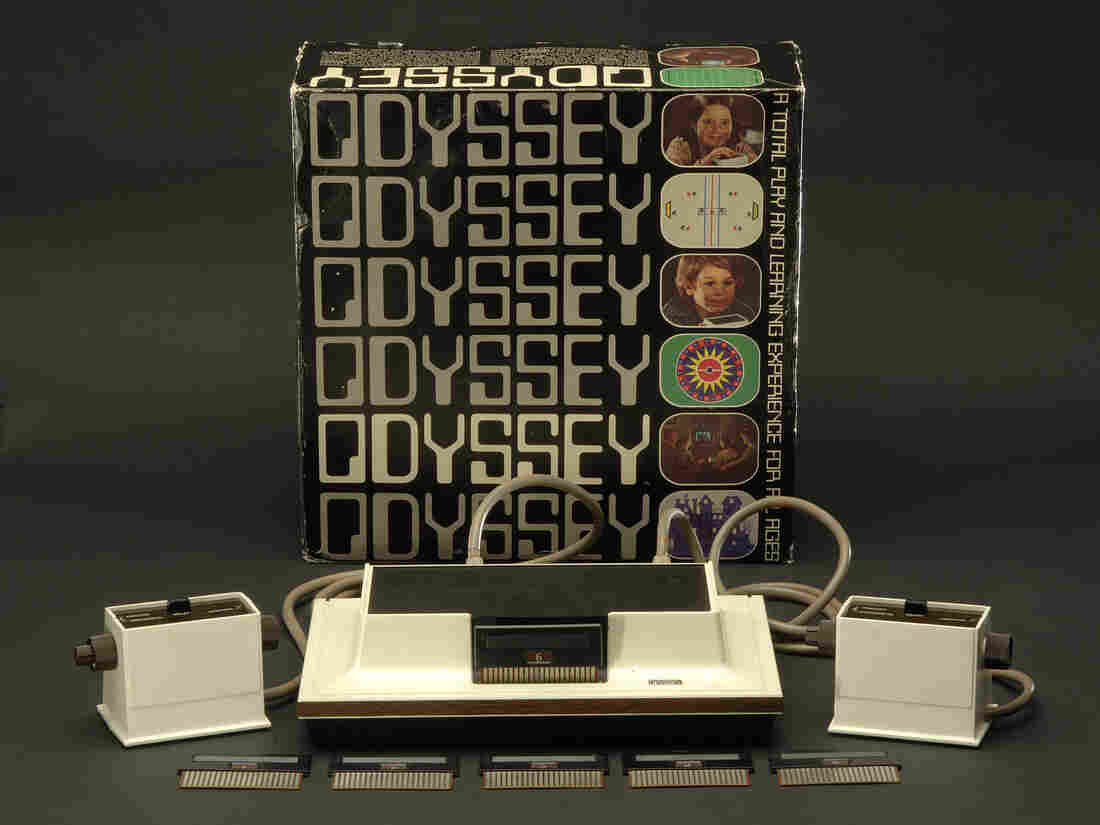 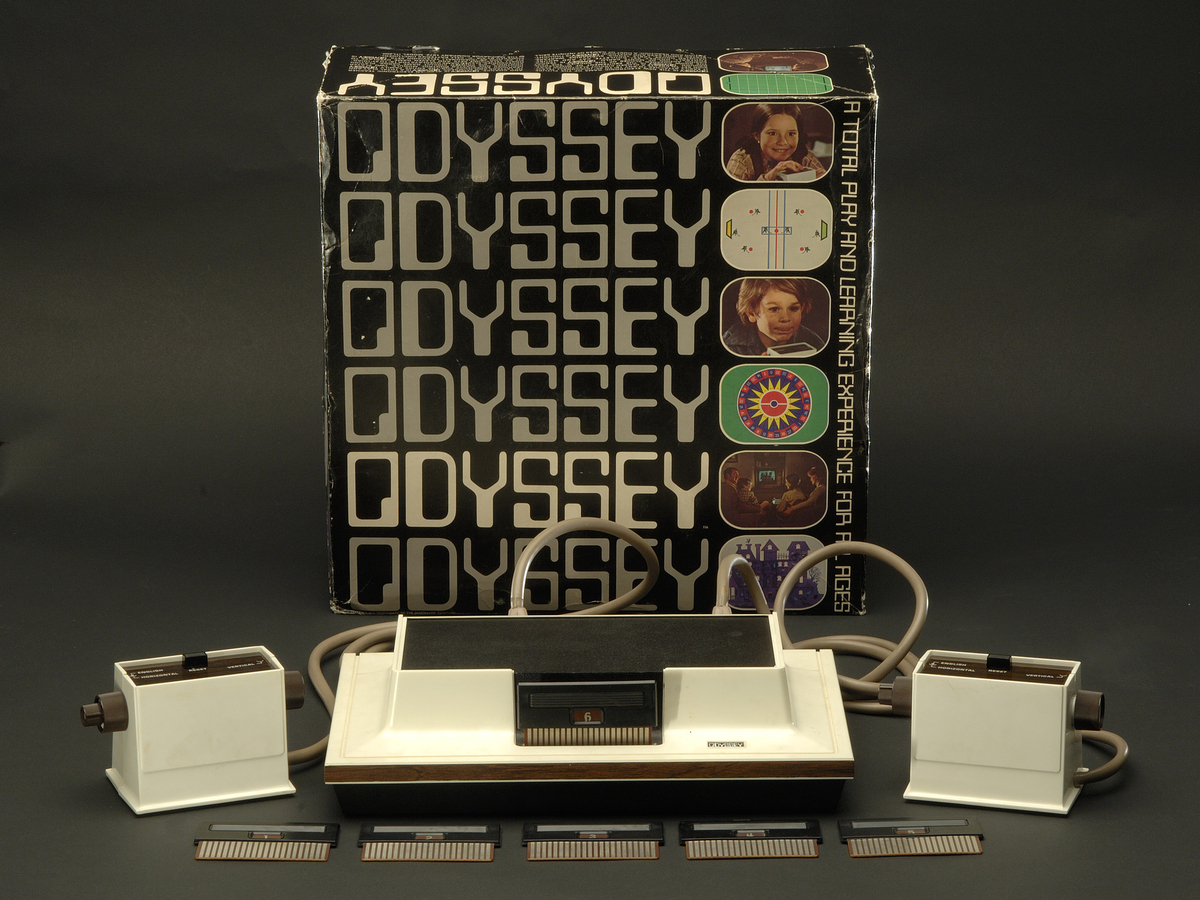 The Magnavox Odyssey — derived from Ralph Baer's "Brown Box" invention — was sold as the first home video game system in 1972.

When Atari's Pong debuted just months after the Odyssey went to market, Sanders and Magnavox sued them for copyright infringement. The case was settled for $700,000 and Atari became an Odyssey licensee. Over 20 years, Magnavox won more than $100 million in patent lawsuits involving the Odyssey, according to the New York Times.

Baer went on to hold more than 150 U.S. and foreign patents for his inventions, including everything from talking door mats and an automatic tone arm for programmable record players. Among his other famous inventions was the electronic memory game Simon, which he created with Howard Morrison, that went on to be a pop sensation and is still sold today.

Inventing things was simply part of who Baer was, as he wrote in his 2005 autobiography Videogames: The Beginning.

"Coming up with novel ideas and converting them into real products has always been as natural as breathing for me," Baer wrote.

Ralph Henry Baer's story and life of invention began in the town of Pirmasens, Germany, on March 8, 1922. The son of a Jewish shoe factory worker, the family fled from Hitler and his Nazis and emigrated to the Bronx in New York in 1938.

When he was 16, he saw an ad for a correspondence course for learning how to service radios and televisions. Using a large chunk of the wages he earned working in a factory, Baer took the course and finished in a few months, eventually quitting the factory to fix radios.

Baer was drafted into the U.S. Army in 1943 as an intelligence officer. He wrote training documents for Allied troops preparing for D-Day, then landed an assignment with Gen. Eisenhower's headquarters.

In his spare time he studied algebra and fixed radios, but was also trained as an expert in small arms. During the war he collected 18 tons of German weapons, which were later exhibited at U.S. military museums.

After his military service Baer used the G.I. Bill to attend the American Television Institute of Technology and earn one of the first bachelor's degrees in television engineering. He joined Sanders Associates in 1956 and stayed there until 1987, when he retired to start his own consulting business.

Baer's work was recognized by President George W. Bush in 2006, when he awarded him with the National Medal of Technology. He was also admitted to the National Inventors Hall of Fame in 2010. He donated much of his collection of early video game prototypes to museums, including the Smithsonian Institution.

Baer is survived by his two sons, a daughter and four grandchildren. His wife of 53 years, the former Dena Whinston, died in 2006.

Steve Mullis is a Web producer at NPR. If you have any gaming questions or suggestions, please write or tweet him. You can also follow other gaming coverage on our gaming Tumblr, NPR Plays.