Accessibility links
The Unstoppable Selfie Stick Trend Has Invaded American Shores : All Tech Considered You can't miss them, and some folks can't resist them. Selfie sticks — monopods that help you take cellphone photos of yourself — are only growing in popularity. 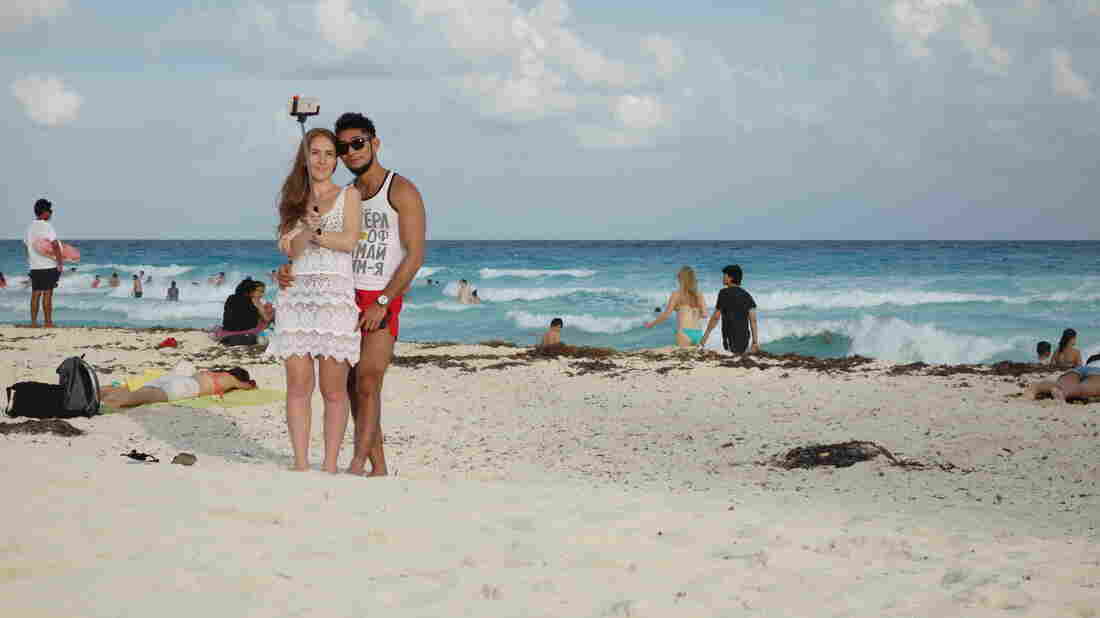 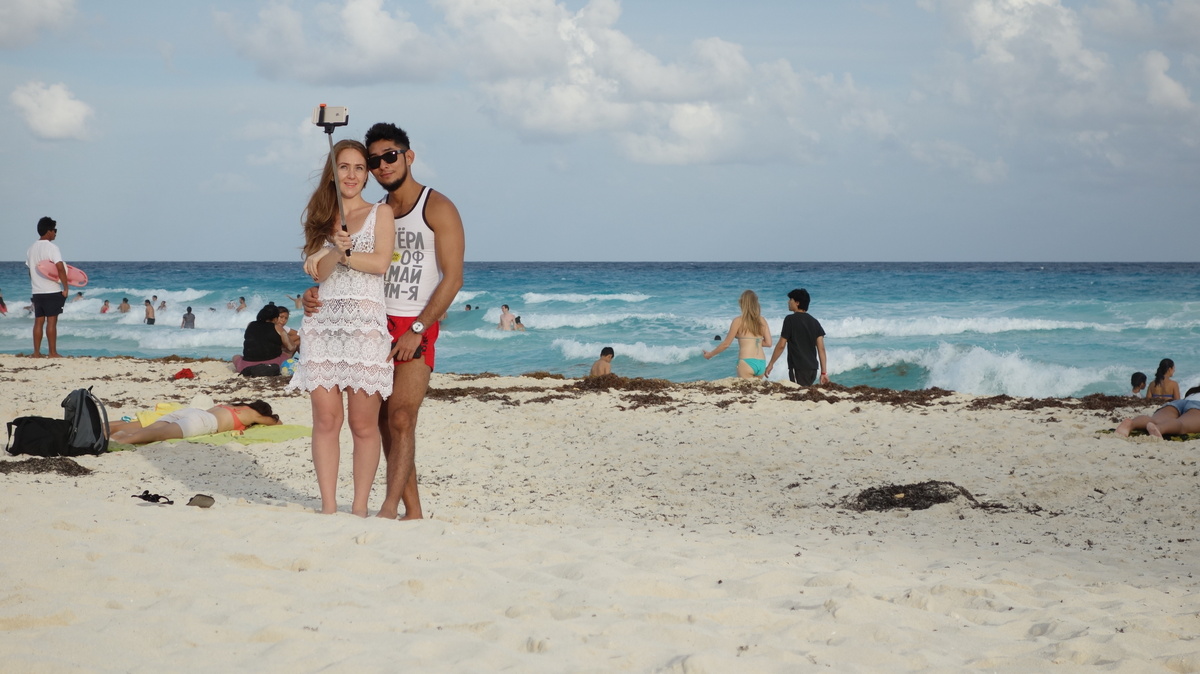 A couple uses a selfie stick on a Mexican beach.

Selfie sticks first proliferated in Asia, where so many tech trends seem to originate, for better or worse. Tourists wielding giant poles with their cellphones attached at the end stood before the Blue Mosque in Istanbul, smiling for their faraway phone cameras. Or they whipped these rods out in Myeongdong, a shopping promenade in Seoul. 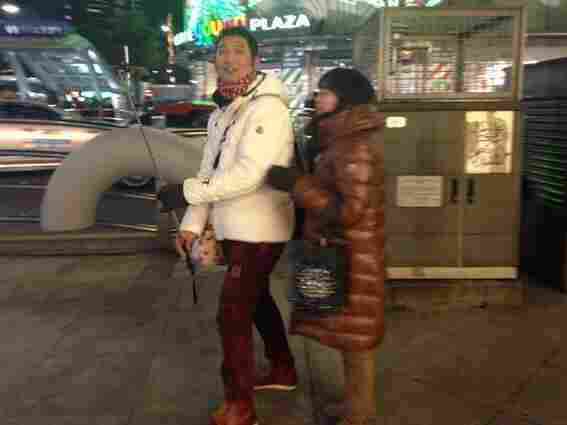 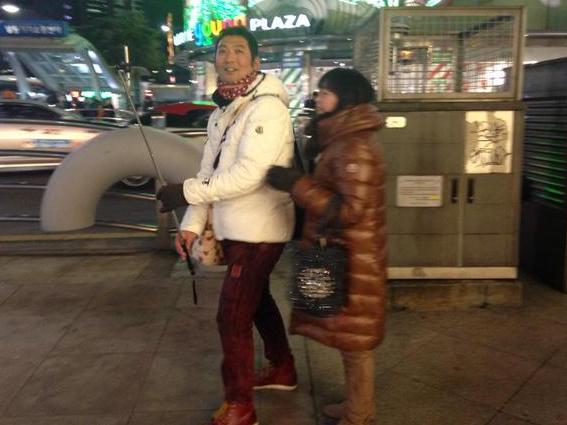 Incidentally, so many selfie sticks popped up in South Korea that officials there "cracked down" on unregulated selfie sticks, and anyone spotted selling these monopods could face three years in prison.

"There are so many different kinds of selfie sticks, yet no one has managed to invent one that doesn't automatically make the person holding it look like a huge dork," according to Gizmodo, which declared it a device that deserved to be banned.

As 2015 begins, the selfie stick has invaded American shores, first on the coasts — Times Square is already full of 'em — but places like Mount Rushmore and the Gateway Arch are bound to become selfie stick central. Because, despite the derision, people want them. Even Beyonce uses a selfie stick. And sales during the holiday season were swift, per The New York Post:

"Selfie on a Stick — a local company that sells the device online and at select Nordstrom and Opening Ceremony stores — has seen a 3,000 percent growth in sales in November alone. They've sold out of their Nordstrom stock three times already this season.

" 'We thought that it would just be a great addition to the American market,' says Jacqueline Verdier, 31, co-owner of Selfie on a Stick."

I'll stick with the old-fashioned method of getting a tourist to take a photo of me in front of a monument. I like the serendipity of meeting these fellow sojourners. But mainly, it saves me the embarrassment of stretching out a 3-foot-long pole and holding it up in the air for everyone to see.