Accessibility links
Innovation: An Alarm Clock That Won't Take 'Snooze' For An Answer : All Tech Considered Even its developer says it's annoying — and that's the point. The Ramos clock forces you to get out of bed and walk to another room to turn it off. Even unplugging it won't silence the alarm.

Innovation: An Alarm Clock That Won't Take 'Snooze' For An Answer

Innovation: An Alarm Clock That Won't Take 'Snooze' For An Answer 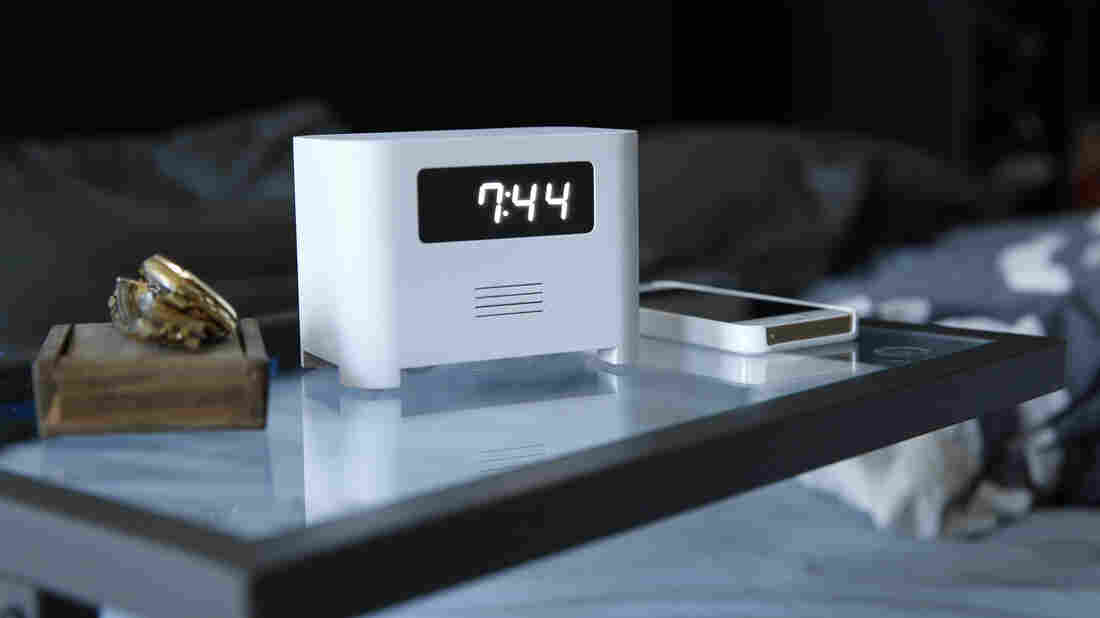 Ramos is a remotely deactivated alarm clock that forces the user to get out of bed for the alarm to turn off. Ramos hide caption 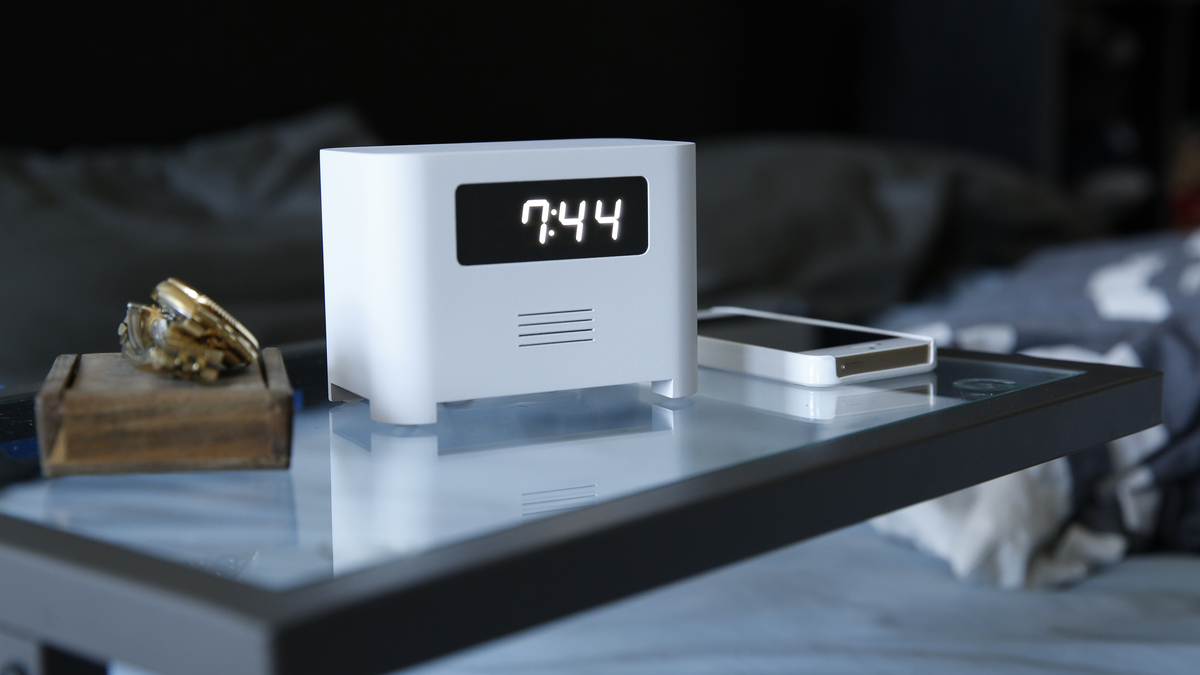 Ramos is a remotely deactivated alarm clock that forces the user to get out of bed for the alarm to turn off.

For many of us, waking up in the morning is a daily struggle.

You've tried everything: changing your alarm sound, setting multiple alarms, placing your alarm across the room. "Just 10 more minutes," you tell yourself, as you hit the snooze button again and again until the last possible second.

Sleeping Near A Smartphone Can Disturb A Child's Rest

The developers of the Ramos alarm clock hope to force you out of bed. Ramos is a remotely deactivated alarm clock connected to a smartphone app and a Bluetooth beacon. The developers recently put up their third version of the clock on Kickstarter.

The idea behind Ramos is to prevent oversleeping by forcing users to get up, so over time more healthful sleep habits are formed. 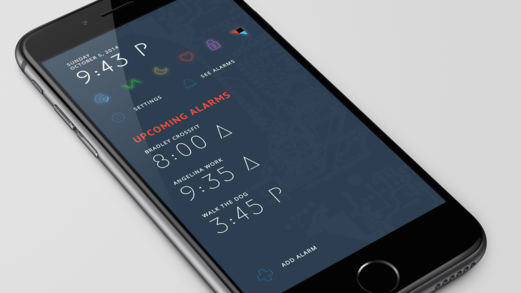 Ramos is connected to a smartphone app where users set the alarm and change settings. When the alarm sounds, users must take the phone close to a Bluetooth beacon to stop the alarm. Ramos hide caption

Ramos is connected to a smartphone app where users set the alarm and change settings. When the alarm sounds, users must take the phone close to a Bluetooth beacon to stop the alarm.

Even if you unplug Ramos, batteries power it for hours. There's no getting around it.

"I found that a lot of people also have this problem where you're really well intentioned the night before, but then the second the alarm goes off in the morning, it's just so easy for me to forget all the reasons why I should wake up early," says creator Paul Sammut, a mechanical engineer based in New York City.

"It's sort of modeled after my mom because in high school I always got out of bed and had breakfast, and the reason I got out of bed was because of my mom," he adds.

But Ramos is much more annoying, which Sammut says is intentional.

The clock does have some features to make getting up a little less annoying. In courtesy mode, the alarm will only sound for 15 seconds and gives you one minute to bring your phone to the beacon. Users can also set up the snooze bank, which allows a finite number of snoozes. Once the user runs out of snoozes though, she must get up and bring her phone to the beacon.

Innovation: A Charger That Keeps Your Phone Germ-Free

The first versions of Ramos launched in February 2012. They are more expensive, handmade clocks made of wood, Sammut says, and are still available for purchase.

Ramos is also part of the growing world known as the "Internet of Things." So for example, if you have smart lights, Ramos can tell them to turn on once the alarm sounds. And because Ramos is connected to a smartphone, different wakeup routines can be added as software updates improve phones.

"Using the accelerometer of the phone, we can do things where you have to do 10 jumping jacks, and a signal will get sent to the alarm to shut off," Sammut says.

Ramos isn't available for sale yet, but Sammut estimates it will cost between $99 and $130. A Kickstarter campaign just ended short of the developers' goal, but Sammut hopes to launch another fundraising campaign soon.

Samantha Raphelson is a producer for NPR.org. You can reach out to her on Twitter.