Accessibility links
Magic Mirror, At The Store, Should This Top Go In My Drawer? : All Tech Considered Craning your neck in the dressing room is just part of the shopping experience. But Neiman Marcus hopes a new digital "Memory Mirror" will make it easier to find something that fits just right. 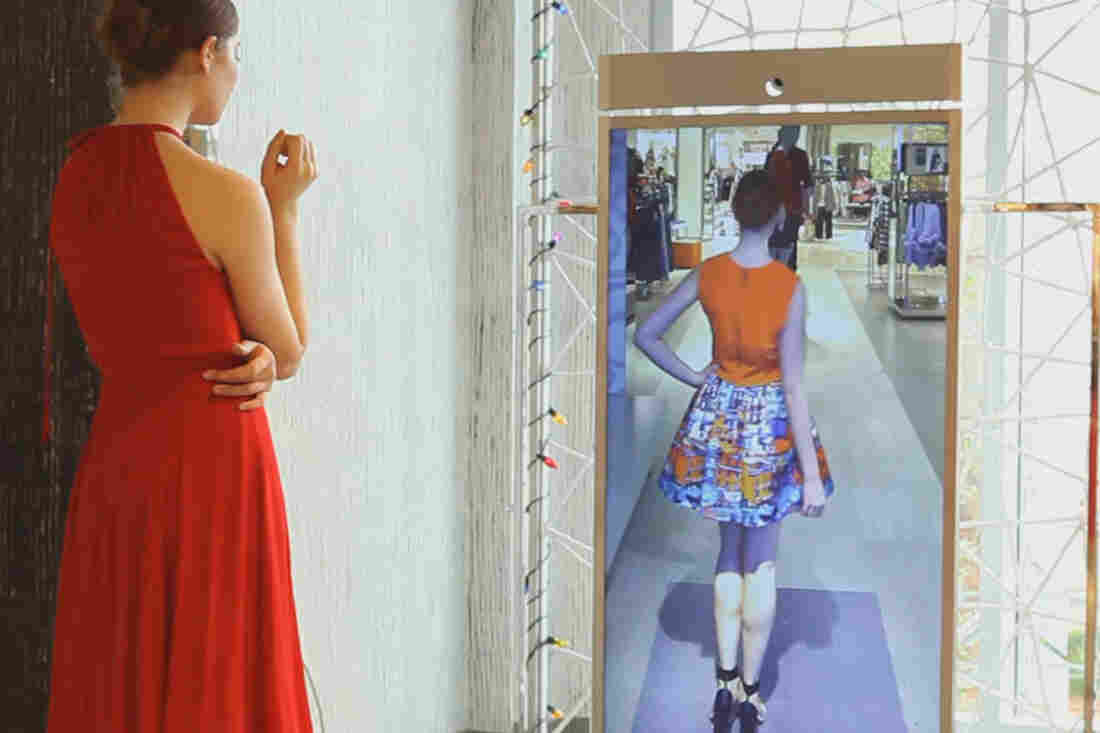 Neiman Marcus is testing a digital "Memory Mirror" that uses video to let shoppers see how outfits they have tried on look from the back. Courtesy of Neiman Marcus hide caption 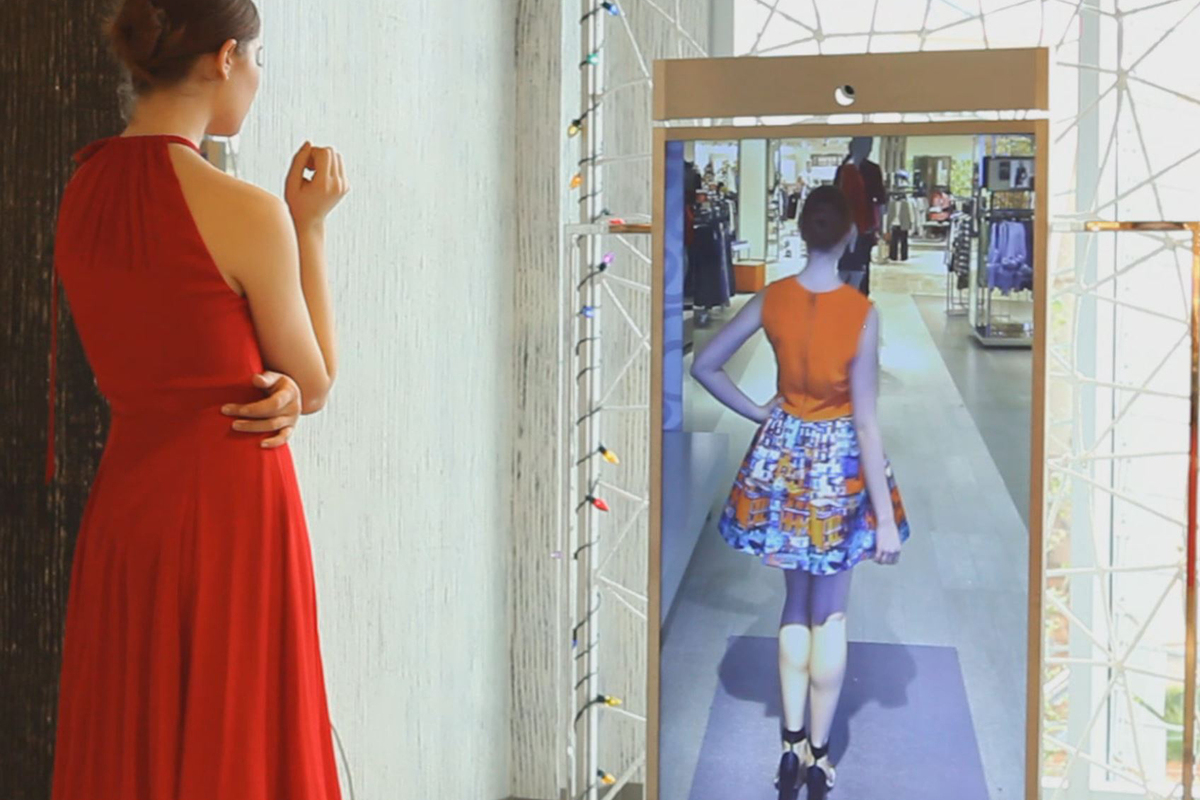 Neiman Marcus is testing a digital "Memory Mirror" that uses video to let shoppers see how outfits they have tried on look from the back.

Spring: the time of year many people find themselves twirling in front of mirrors, trying on prom dresses, tuxedos or wedding gowns. Wouldn't it be nice to know how an outfit really looks from the back, instead of craning your neck, hoping to see what others see?

A new innovation from Silicon Valley company Memomi might make that easier. Memomi is trying to reinvent the standard mirror by turning it into a screen with a camera on top.

The Memory Mirror is sort of like a full-size mirror, but instead of glass, there's a brushed, stainless steel frame. Memomi has partnered with high-end retailer Neiman Marcus to test the digital mirror in stores.

"If you put the camera on top of a screen, you will look totally distorted," says Memomi's CEO, Salvador Vilcovsky. "But what we are doing, we are correcting the perspective in real time. And it looks like actually the camera is behind the screen."

This setup, and a built-in recorder, solves problems retailers have struggled with forever, as Scott Emmons, who runs the Neiman Marcus Innovation Lab, explains.

"If I want to see what I look like from the back, I have to turn my head and see if I can twist my neck around enough to see what I'm looking at."

He says the mirror solves that problem by recording an eight-second video.

Do These Pants Make Me Look ... ? Body Scans For A Better Fit

"The idea is, you would do a twirl," Emmons says. "Then you can play that video back as many times as you'd like and really see how the outfit looks on you,"

So far, the Dallas-based retailer has three digital mirrors in use in its women's departments.

At the store in Willow Bend, Texas, Laurie Schneider is taking a turn in front of the Memory Mirror. Earlier, she registered on the store's iPad, added her personal ID, and now she is checking out her video, of a dress she's tried on for her son's wedding.

"I like seeing the pictures because I like the visual. I like that a lot," she says. "And I do think that me being able to see the back, rather than from the crick of my neck — it shows all the way around."

And there's another thing that 360 view tells her, she says. "Told me that I have some back fat," she says and laughs. "So to me, this is awesome."

Neiman's Emmons says if Schneider wanted to, she could have tried on several outfits and recorded them all.

"It also allows you to do a split screen," he says. "You can look at your live image on one side, and you can look at one of the prerecorded videos on the other side, and compare them."

Neither Neiman Marcus nor Memomi's Vilcovsky would say how much the mirrors cost. Emmons says the innovation has been big so far and that he expects other retailers to latch on to the technology.