Accessibility links
Social Media Can Help Track Tornadoes, But Was That Tweet Real? : All Tech Considered Researchers at Purdue are using software to mine tweets for data that can help warn that a dangerous storm is approaching. But the data may not always be reliable and analyzing it can be tricky. 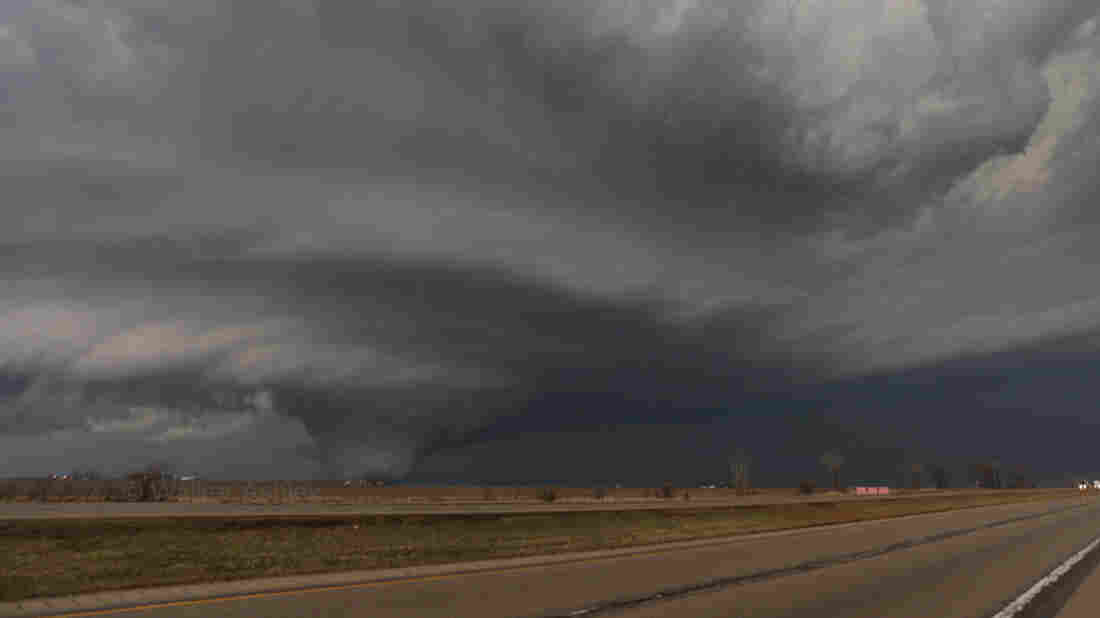 Purdue University students are testing new software that may track and warn about tornadoes, such as this one which struck Rochelle, Ill., in early April. Walker Ashley/AP hide caption 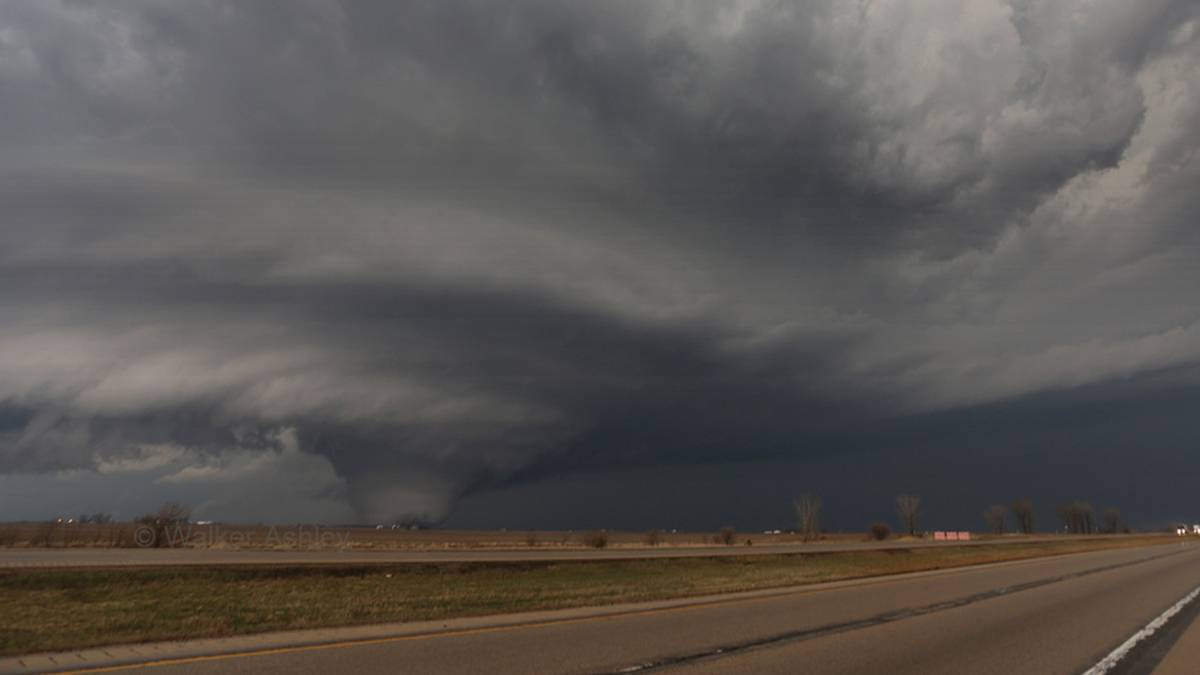 Purdue University students are testing new software that may track and warn about tornadoes, such as this one which struck Rochelle, Ill., in early April.

Last week, as a big storm bore down on Rockford, Ill., students in a Purdue University classroom prepared to track its effects using Twitter.

Using software jointly developed by Purdue, the Department of Homeland Security and the National Weather Service, they huddled around laptops to analyze a tiny sample of the tweets from the storm's immediate vicinity. They were looking for keywords like "damage" or "tornado" and for pictures of funnel clouds.

Their professor, Tim Filley, says social media can track a storm's path of destruction just as radar does.

"You can overlay storm tracks and the people who have been responding to the storm. It actually maps out very nicely when people are talking about damage," he says.

The experiment is part of an effort by the National Weather Service to use social media to improve the public's response to severe weather. They hope to develop software that will mine tweets for data that can help warn people of a dangerous storm approaching. But there can be problems with people focusing on their cell phones.

A couple of days after the storm, software developer Jiawei Zhang pulls up a map showing blue-green blobs near Rockford and in eastern Iowa, indicating there'd been lots of tweets there. He found them by searching for keywords related to safety, security and severe weather.

Tornado Tech: What If Dorothy Had A Smartphone?

Huge Tornadoes Tear Through Illinois And The Midwest

One Iowa tweet he clicks on from a person claiming to be in the path of a tornado sounds heart-breaking.

"This tweet talks about 'the storm killed my family. I'm the only one left in my basement,' " Zhang says.

The problem is, there's no evidence that it actually happened. No one in Iowa died in the storm.

Kaethe Beck, lead researcher for the project, says that's the danger of relying on just tweets. Not everything tweeted will turn out to be true. So she's trying to determine just whom to trust on Twitter.

"One of the other research components is: are these reliable sources," she says. "So if somebody tweets, 'I just saw a barn ripped apart' or 'There's an accident on this highway' or 'Somebody just walked in here with a weapon,' is that a reliable source? How can we trust that?"

Beck says the program contains an algorithm that attempts to weed out bad information by looking at how often a Twitter user's messages are retweeted and by trying to determine if that person has been factual in the past.

But there's another problem.

Twitter's audience skews younger, more urban and more well-to-do than the population as a whole. So the aging farmer in northern Illinois who might have been in the way of last week's storm is less likely to see tweets telling him of the danger. That's a quandary Filley and his students are trying to solve.

"So that's actually part of the discussion. Are we biasing our information, biasing our story based upon granularity of data and age bias," Filley says.

The National Weather Service wants to improve its social media presence using this sort of data-mining, but the data needs to be factual. Even when it is, meteorologist Jason Puma says there can be a disconnect between someone retweeting "#TakeCover" and actually acting on that message.

"For most people, they don't take action until they personally recognize some sort of threat to themselves," he says.

Beck says her analysis confirms people don't always act smartly in the face of a storm.

"I just think it's interesting, people taking photos instead of taking cover," she says.

Though the tracking program is always running, it's still better at after-the-fact analysis than it is at real-time warning. As it improves, first responders could conceivably target areas most in need of help, based on the tweet content. Those in the way of the storm would also get a few extra seconds to reach their storm cellars, which could save lives.