Accessibility links
Will Apple's Newest Gadget Ignite A Smart Watch Movement? : All Tech Considered As Apple's smart watch goes on sale, there are some big questions about the whole idea of the wrist watch as a computer, including whether consumers come to see them as a luxury or a necessity. 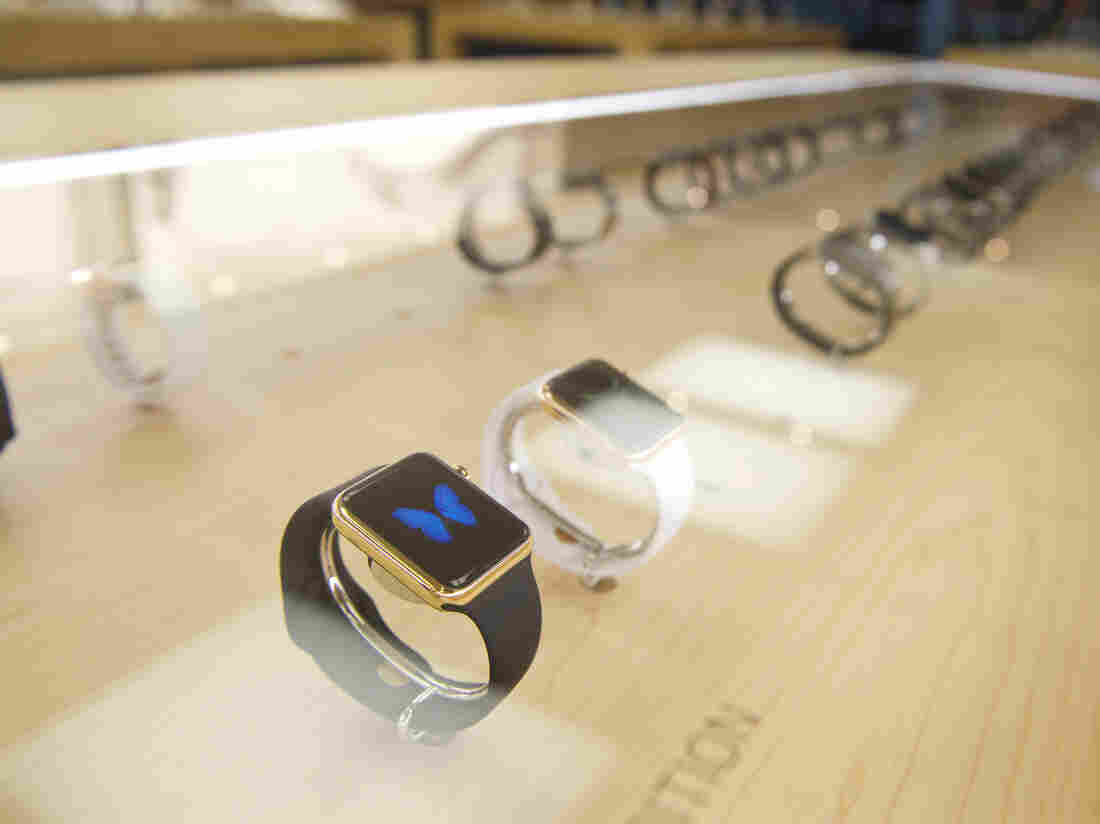 As the Apple Watch goes on sale Friday, it's unclear if the gadget and others like it can attain the utility and prominence smartphones have in the past eight years. Ryan Emberley/AP hide caption 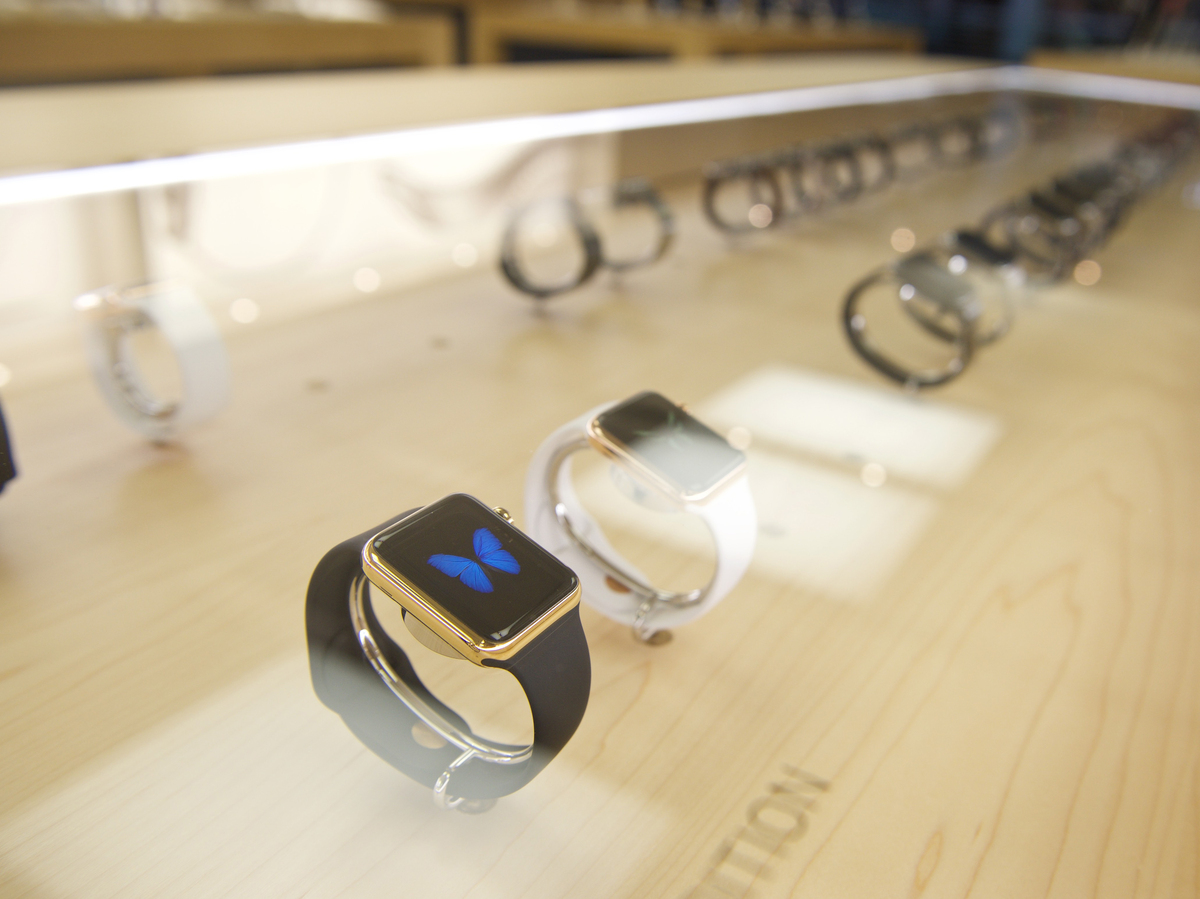 As the Apple Watch goes on sale Friday, it's unclear if the gadget and others like it can attain the utility and prominence smartphones have in the past eight years.

The Apple Watch is making quite a splash with its launch Friday, but most of us have never thought about this new gadget, the "smart watch." Is it a luxury item, or is the smart watch destined to be the next great essential, something we don't know we'll need but will.

We've asked this kind of question before. Smartphone owners Alexandra Sanders, Jimmy Pichotto and Desiree Ngai all agree that the devices were luxuries when they purchased them.

Ngai says that her first smartphone, a Samsung, was pink and pretty — and that describing it as "smart" might have been a stretch.

"Back then the Internet reception wasn't that great on your phone, so it was actually mainly just to download online games and stuff," Ngai says.

Pichotto's current smartphone is his first, and he says he only bought it a year ago because his wife made him.

"I would just like to call, you know — but she would just text me, so in order to have a conversation I'd have to text her back," he says, but on a tiny non-smartphone's keyboard, "it would take me forever."

For Sanders — as for many smartphone users — what began as a luxury has become an essential part of her life, liberating her from her desktop computer and changing the way she socialized and learned.

An Interview With A Regular Watch

"When I got further into my studies, junior, senior year especially, I really needed to have a smartphone to do all the research," she says.

And so in eight years smartphones have gone from a splurge — the original iPhone cost $400-$600, even with a two-year, AT&T-exclusive contract — to a tool 64 percent of Americans have come to rely on.

The smart watch — a mini-computer, connected to the Internet, that sits on your wrist — does not carry the same appeal yet.

"I mean I can barely work this phone," he says.

Ngai is confident she could maneuver the tiny screen, but she doesn't want to.

It's that "for now" that smart watch makers are counting on.

The Apple Watch is not the first smart watch on the market, but — given its launch by the biggest company on the planet — it's the loudest. That actually is helping Apple's competitors, including Pebble.

The purpose of the smart watch — what users actually will do with these devices — is unclear.

Motorola says its Moto 360 is meant to be fashionable first and foremost. Samsung says its Gear S is meant to help with routine activities (when a smartphone isn't nearby), including emails, exercise and turn-by-turn navigation. Migicovsky says Pebble is meant for busy people.

"They don't want to have their whole life locked up, staring down at their phone," he says. "They want to be able to live."

This point really struck me a couple of nights ago, when I was at a concert.

A woman three seats away from me — who had paid good money to be there — kept glimpsing at her phone. Out in the atrium, a guy was flipping through Tinder, the app that lets you geolocate singles nearby. In the old days, he would have just scouted this room for a hookup.

Then there was Mary Anne Shaw: She's been to just three concerts in the last 20 years, but even she was staring at her iPhone.

"I was playing Scrabble with my 93-year-old mother," she said. "That's how we check in every day."

The smartphone has created a problem. The smart watch aspires to solve it.