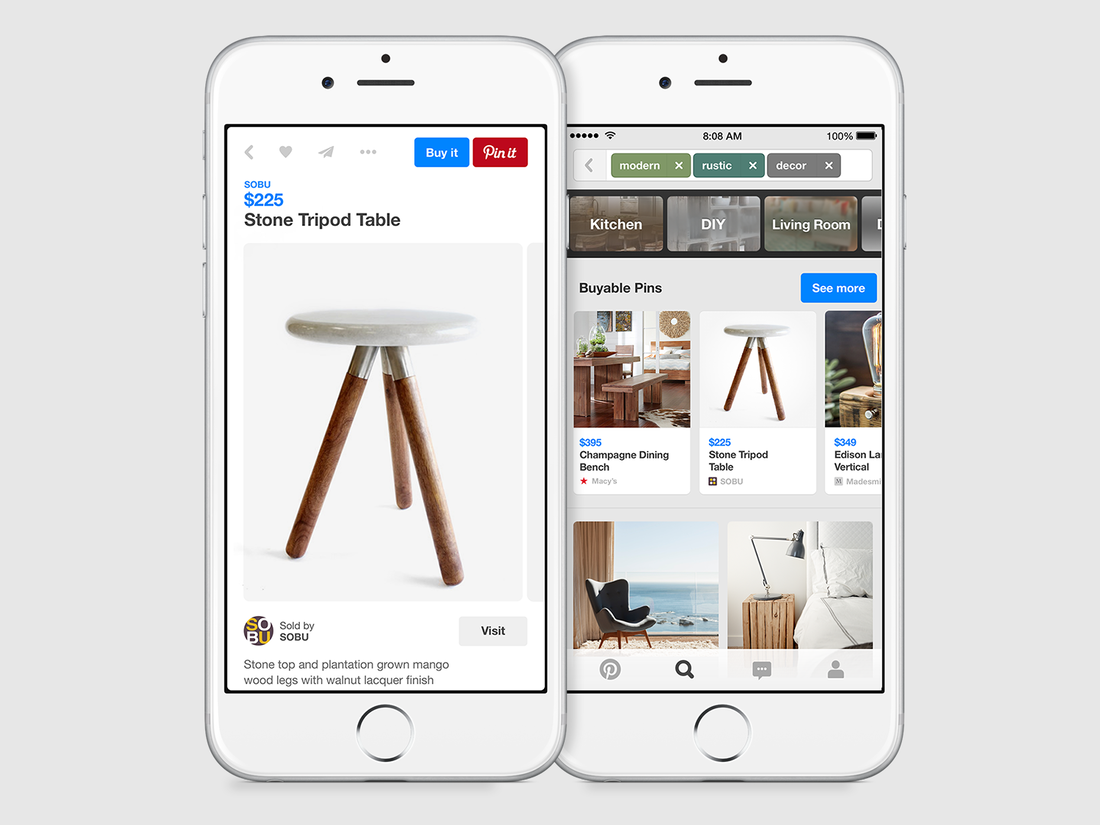 Pinterest will soon allow users to buy products they find directly through the app. The company says users have been asking for that feature for a while. Pinterest hide caption 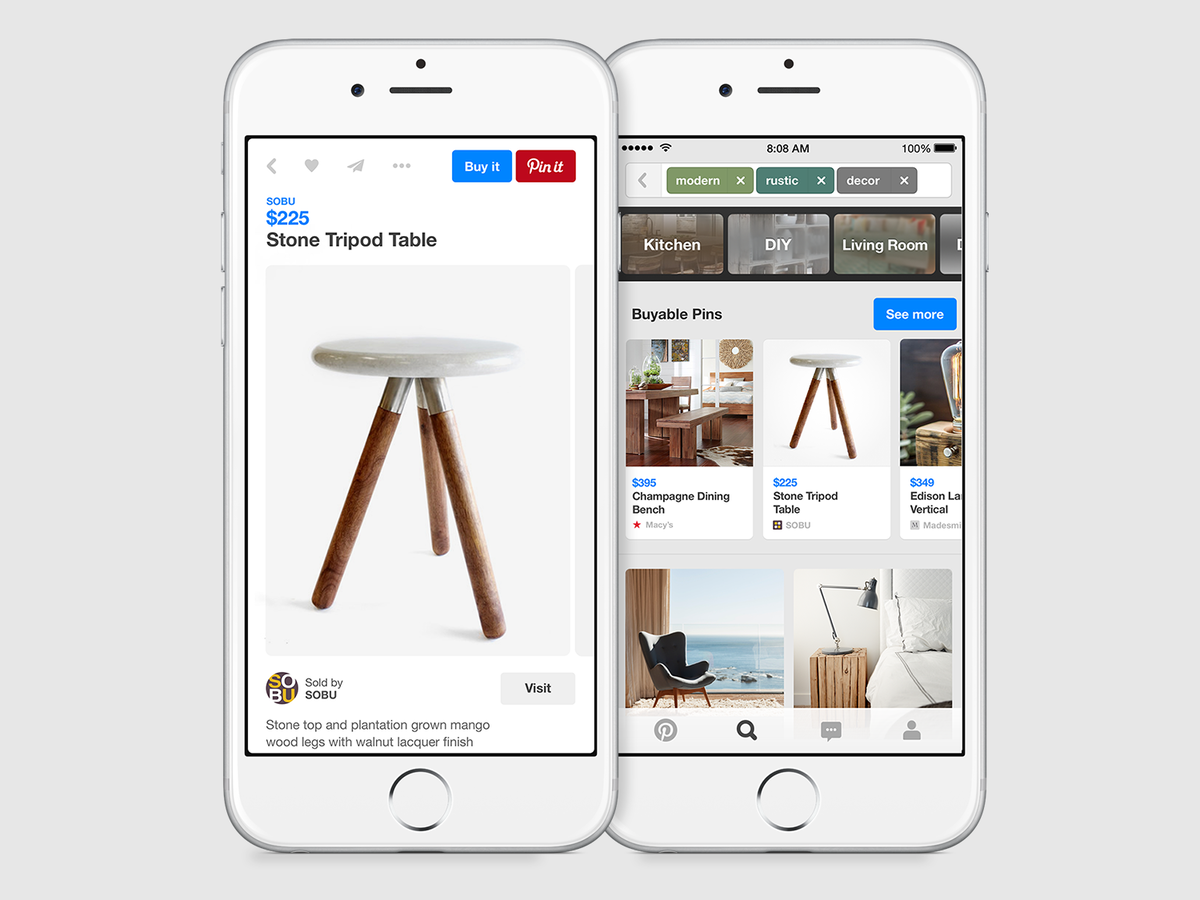 Pinterest will soon allow users to buy products they find directly through the app. The company says users have been asking for that feature for a while.

Both social apps have the announcements in posts to their respective blogs. Instagram says its new ad strategy will bring "new formats, increased relevance, and broader [ad] availability." Pinterest is more direct; the title of its post is "Coming soon: Buyable Pins!" Here's a breakdown.

Instagram says it's going to experiment with several new methods of "direct response" in ads on the app. In its post, the company says that soon "people will be able to learn about a product or service and then take action directly from an ad to sign up on a website, buy a product, or download an app." Instagram says it will start testing those features in the coming days.

The company also announces that it will begin using demographic data from Facebook to better target Instagram users. (Facebook bought Instagram in 2012.) "Working with Facebook, we will enable advertisers to reach people on Instagram based on demographics and interests, as well as information businesses have about their own customers," Instagram's post says. "We will also improve the feedback mechanisms within Instagram to give people greater control and improve the relevance of the ads they see." Ad Age also reports that Instagram will "add the ability to target its ads based on what accounts people follow on Instagram."

Instagram also plans to open up it its Ads API, as well as Facebook's ad buying interfaces, to select "marketing partners" in the next few months.

Pinterest will introduce "buyable Pins" in the coming weeks. "When you spot a Pin with a blue price, you'll know you can buy it right from the app," the company says. The buyable pins will also have a price filter, options to choose different colors of products, and the availability to purchase items through Apple Pay or a credit card.

In a post to its business blog, Pinterest says it won't take a cut from sales, and businesses will handle their own shipping and customer service "the way you always have." Pinterest says the buyable pins will be available on Apple products first, then Android in future releases.

So far, Pinterest's announcement has been getting a more positive response than Instagram's. Pinterest says its users have actually been begging for a "buy" button for some time. Business Insider says the move sets the company up to become "one of the largest e-commerce platforms." It points out a survey of Pinterest users that found almost a third bought something in a store after seeing it on Pinterest.

Instagram is a different story. Ad Age says the app is about to get "More Facebook-y," which might not be a compliment. And eMarketer's Debra Aho Williamson told the New York Times, "It's not necessarily going to be the beautiful imagery that fans are used to."