Accessibility links
How Apple Hopes To Take A Bite Out Of The News Business : All Tech Considered With its new News app, Apple is doing something that has already been done. But it has an undeniably large built-in consumer base: hundreds of millions of iPhone and iPad users. 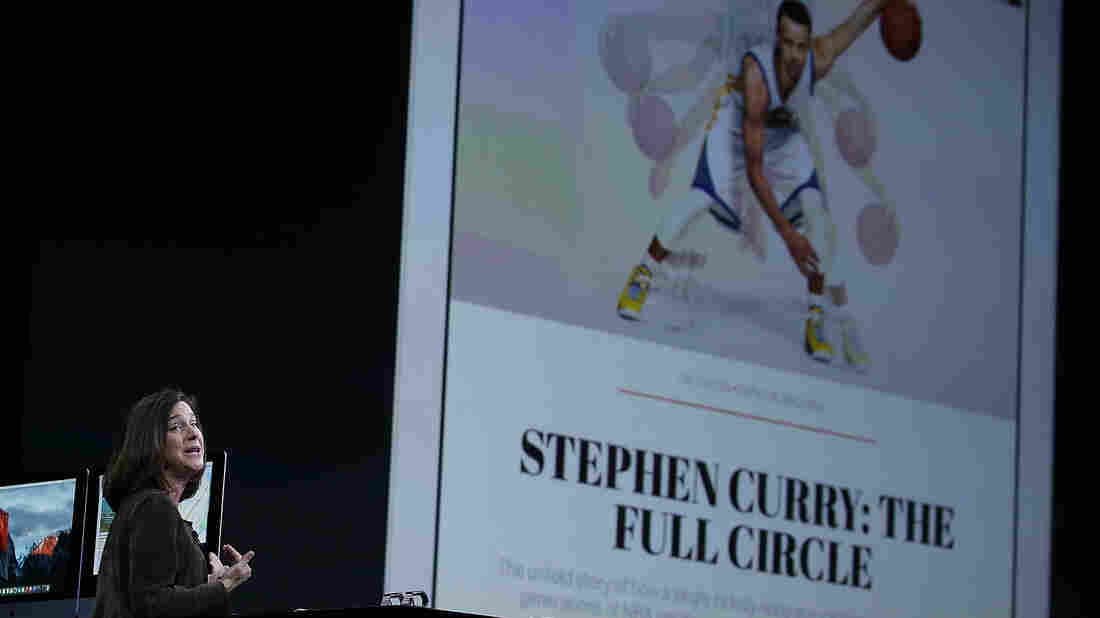 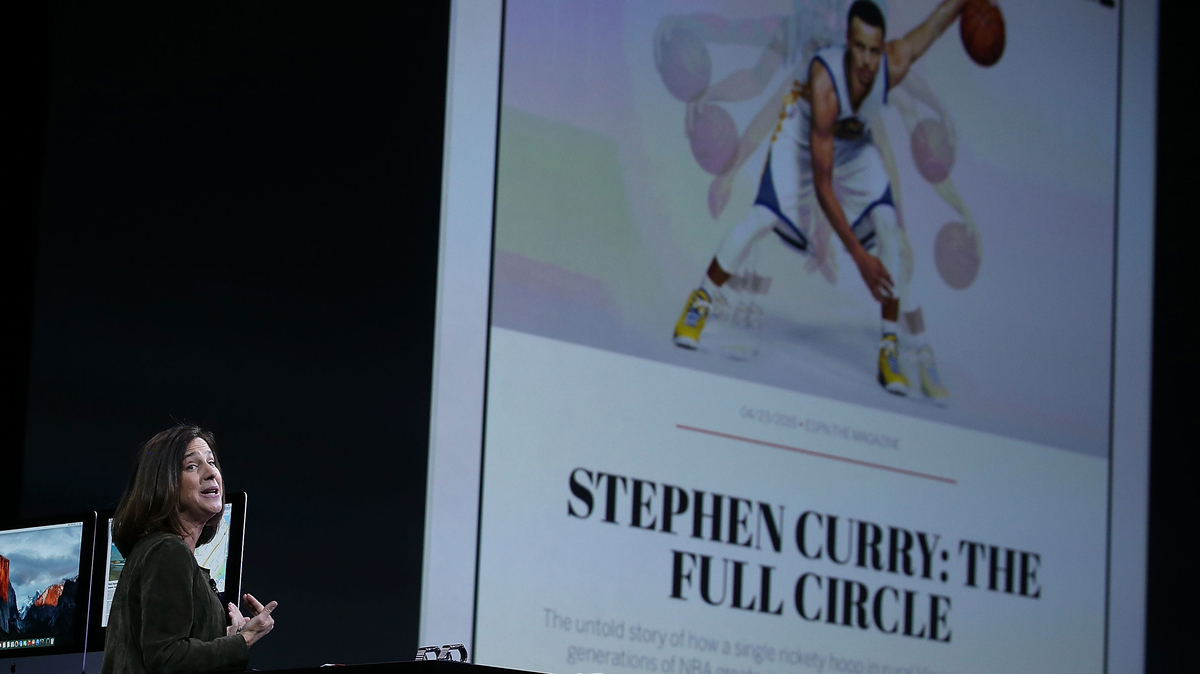 What if there were an app where a user could have all of the news he was interested in, from the outlets he trusted, all in one place?

That's the goal of Apple's new iOS 9 feature, called, simply, News. It will be a permanent fixture on the iPhone and iPad home screen, just like Calendar, Maps and Weather.

If that app sounded familiar before it was unveiled Monday, that's because other apps are already doing the same thing — Facebook, Flipboard, Twitter, Yahoo News and NYT Now are trying to become the gateway between news consumers and information.

Apple, which announced the app during its debut of iOS 9, is just the latest company to throw its hat into the ring, and it has a distinct advantage over the competition: The News app will automatically be an undeletable part of any Apple mobile device running iOS 9 starting in the fall.

News will be on the radar of millions of Apple users, making it one of the most salient apps on the market. As the Washington Post points out, News could quickly become a contender.

"If the algorithm is good and expansive enough, this could eat market share from Flipboard, Twitter and even, theoretically, those daily newsletters people send around. Not to mention from those outside the ecosystem."

News won't necessarily be a big success. Its predecessor, Newsstand, turned out to be unpopular with publishers.

Instead of making a home for news apps, as Newsstand did, Apple is partnering with publishers including BuzzFeed, CNN, Conde Nast, The New York Times, Time Inc. and more, displaying their content within the News app in a customizable wrapper. (NPR is among the media organizations that intend to make news available for the News app.)

In an article for NiemanLab, Joshua Benton explained this new relationship between Apple and publishers:

"Individual news apps and individual news brands aren't the primary point of contact with news any more. They're raw material, feeding into broader platforms. The loss of power for publishers in that exchange is obvious; the potential benefits remain mostly undiscovered."

Publishers are trying to keep up as these platforms explore new ways to distribute information to consumers, but the future of News (the app, and the content) has yet to be determined.