Accessibility links
What's Trending On Instagram? A Battle With Twitter : All Tech Considered Instagram wants to be a source for your news. The photo-sharing app is rolling out an update that features trending tags and a beefed-up search tool that should help it compete with Twitter. 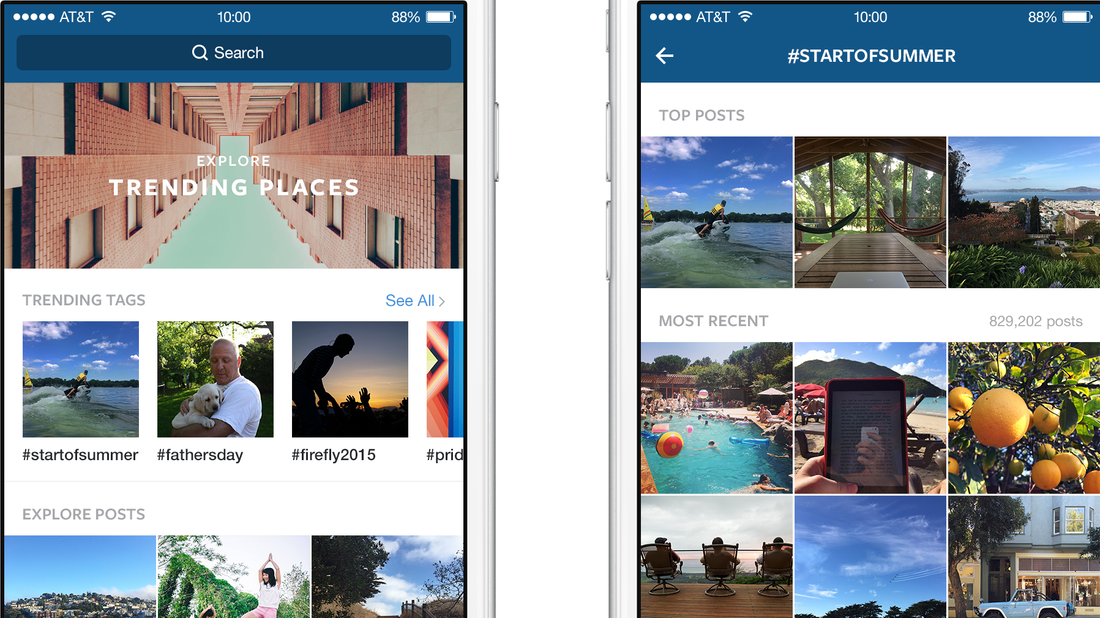 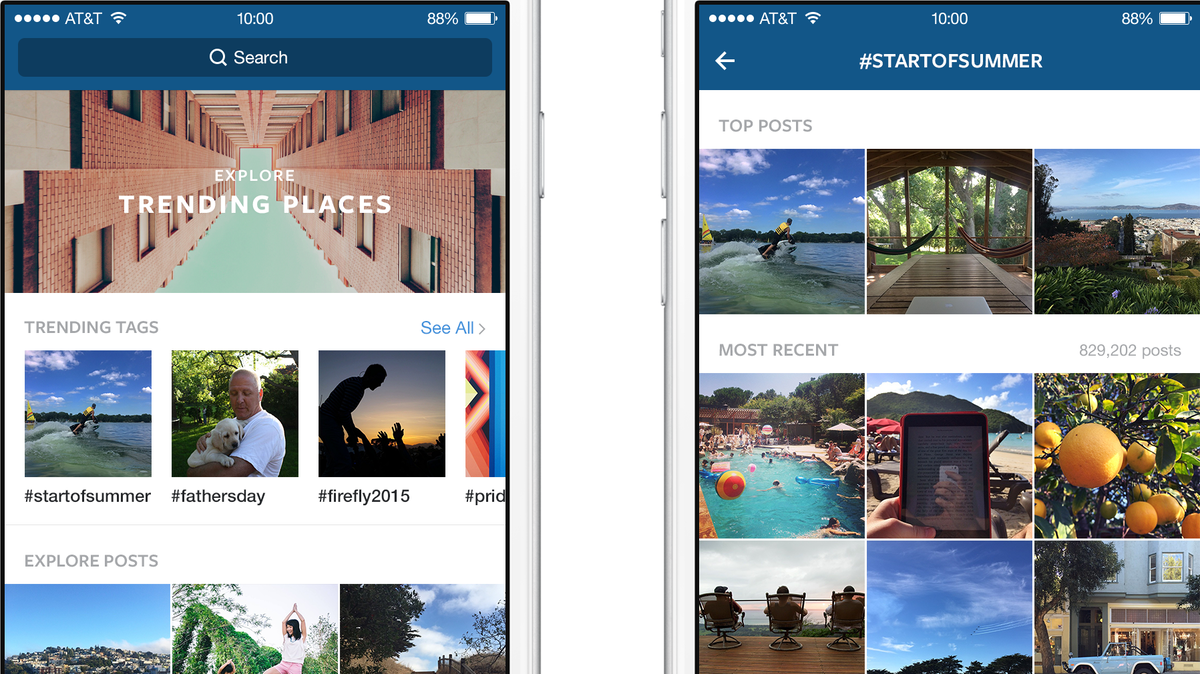 Consider yourself warned: Instagram rolled out an update Tuesday, and the photo-sharing app may be about to eat up a lot more of your time.

More substantial than other recent makeovers touting new filters, this change will transform Instagram into a stream of real-time updates from around the country. Following in the footsteps of Twitter and Facebook, Instagram wants to be a source for your news.

Instagram has historically not been a good venue for news — it's more a source for brunch envy and jealousy of your friend's Tulum vacation. But within minutes of looking at the Explore tab of the updated app, I saw Patriots fans staked out outside of NFL offices in support of Tom Brady, tributes to James Horner and new album releases.

Instead of painstakingly searching for images of the U.S. women's World Cup victory on Instagram after learning about the news elsewhere, Instagram will be its own source of visual news.

How Twitter Can Revive Itself, Even Without Naming Snoop Dogg CEO

"This is our North Star — what we've been shooting for all along," Kevin Systrom, Instagram co-founder and CEO, told Wired in an interview. "It's a real-time visual pulse for what is happening in the world."

The update also makes it easier to find quality content from other users. A rotating banner at the top of the explore page offers to usher me to curated collections of beautiful rock formations, extreme athletes, trending places, and even shows me a collection of NBA players to follow.

Additionally, new search features will begin to ease the headache of looking for information on Instagram. Users can now search by location, and searching for a hashtag now shows high-quality "top posts" in addition to the most recent posts, meaning the days of searching for the hashtag #nyc and finding only hundreds of spammy, unrelated posts are hopefully on their way out.

In short, the new features will draw users away from looking only at the feed of people they follow and redirect them to more easily connect with users — and advertisers — around the world.

More clicks on centralized, curated content will likely make way for more formats in which advertisers can place targeted content. Instagram announced three weeks ago that it was working to include more action-oriented formats for its advertisers. Instead of merely a pretty photo, users will be able to buy or learn more about advertised products. Using parent company Facebook's data, Instagram also announced it will focus more on letting advertisers reach users based on demographics and interests.

Instagram's move follows that of other social media giants. In January, Snapchat announced a publishing partnership with the likes of CNN, ESPN and Vice. Facebook caused a recent stir by announcing its Instant Articles feature, and its News Feed feature has been a longtime source of news and trends for its users. But perhaps the new Instagram features compete most directly with Twitter, the hashtag pioneer itself.

At a time when Twitter feeds have progressively filled with more photos, Instagram's new features put the two services head to head in competition. Already, both companies have a similar number of users. Instagram announced it had 300 million users in December, while Twitter reported 302 million worldwide users this month.

As Twitter deals with a CEO change and identity crisis, it will be interesting to see how the two companies compete.

Lauren Leatherby is an intern on NPR's Washington Desk.