Accessibility links
Ever Dream You Could Fly? 'Jetman' Has. Let Him Tell You About It : All Tech Considered Yves Rossy flies like Superman. But instead of a cape, he uses 7-foot-long wings and four engines. "You are like in a parallel world that normally doesn't exist," he says. "It's beautiful." 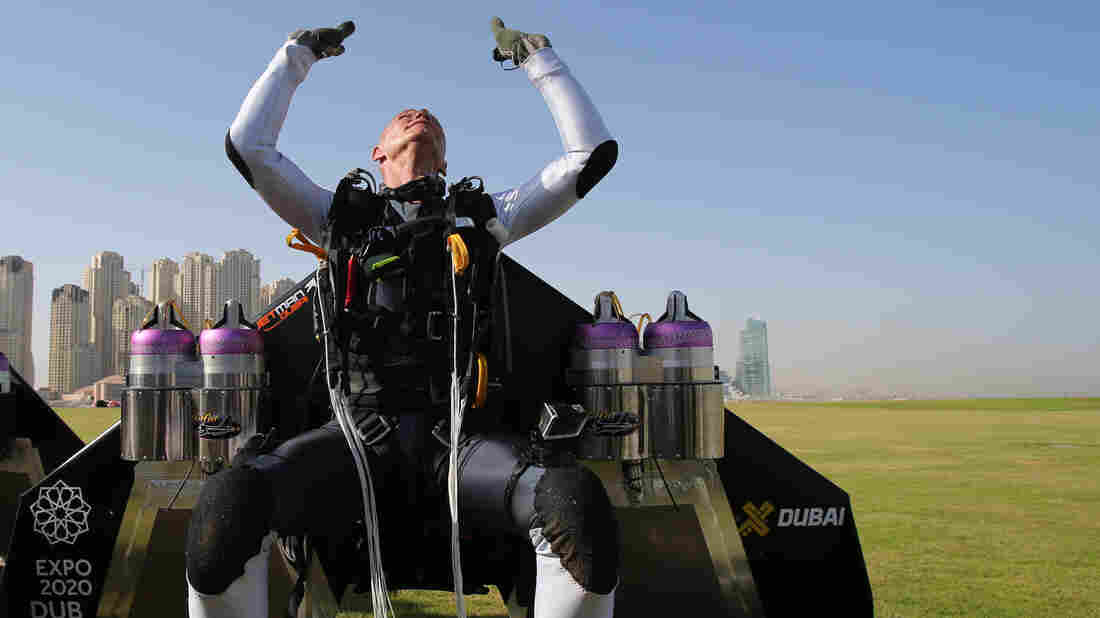 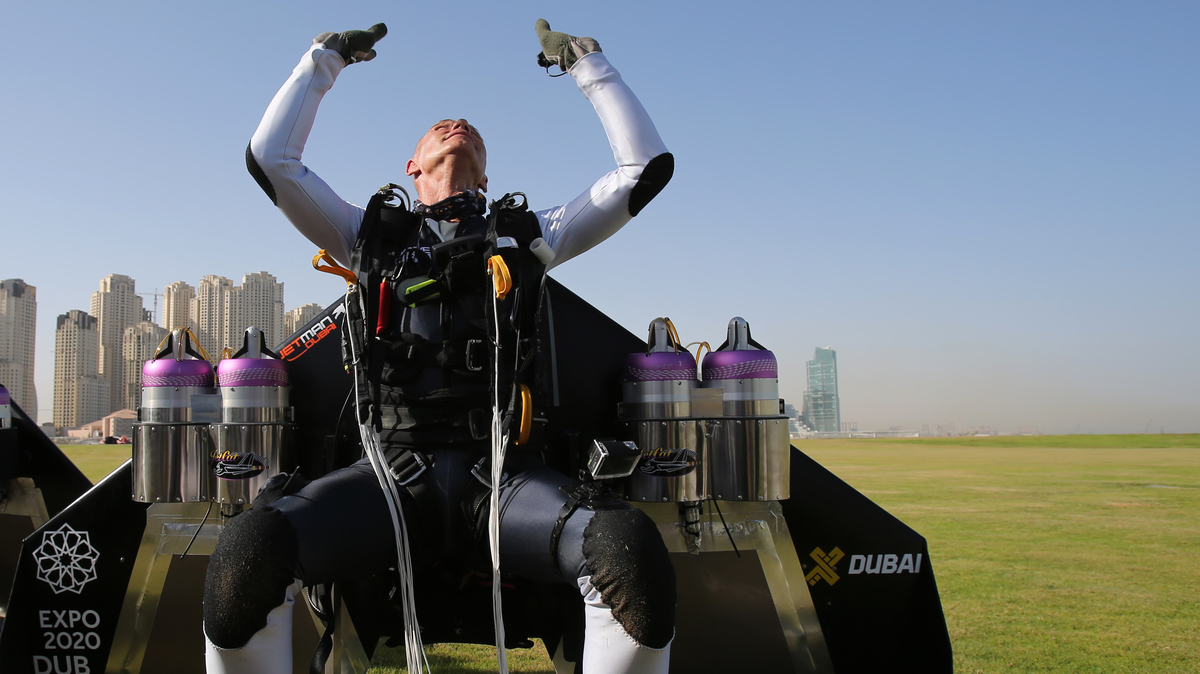 This is the first story in an occasional series exploring gadgets that can give you real-life superpowers.

Summer is the season of superhero movies. Coming soon to a theater near you: Fantastic Four and Ant-Man.

Yves Rossy, sometimes called Jetman, has been trying to fly like a superhero for the last 20 years.

"It's kind of unreal because normally, as a human, you fall. So it's a very good feeling. You are like in a parallel world that normally doesn't exist. It's beautiful," he says.

Rossy pretty much flies like Superman — horizontal, hundreds of feet in the air — but instead of a cape, he uses 7-foot-long wings and four engines.

"First, you fall like a stone and as you are getting speed this element — air — becomes more and more consistent, like water," he says.

For 10 minutes, Rossy knows what it is to fly.

Rossy and his protege, Vincent Reffet, both started out as skydivers.

They loved the air and the rush, but they wanted more. They wanted to know what it was like to fly like a bird. 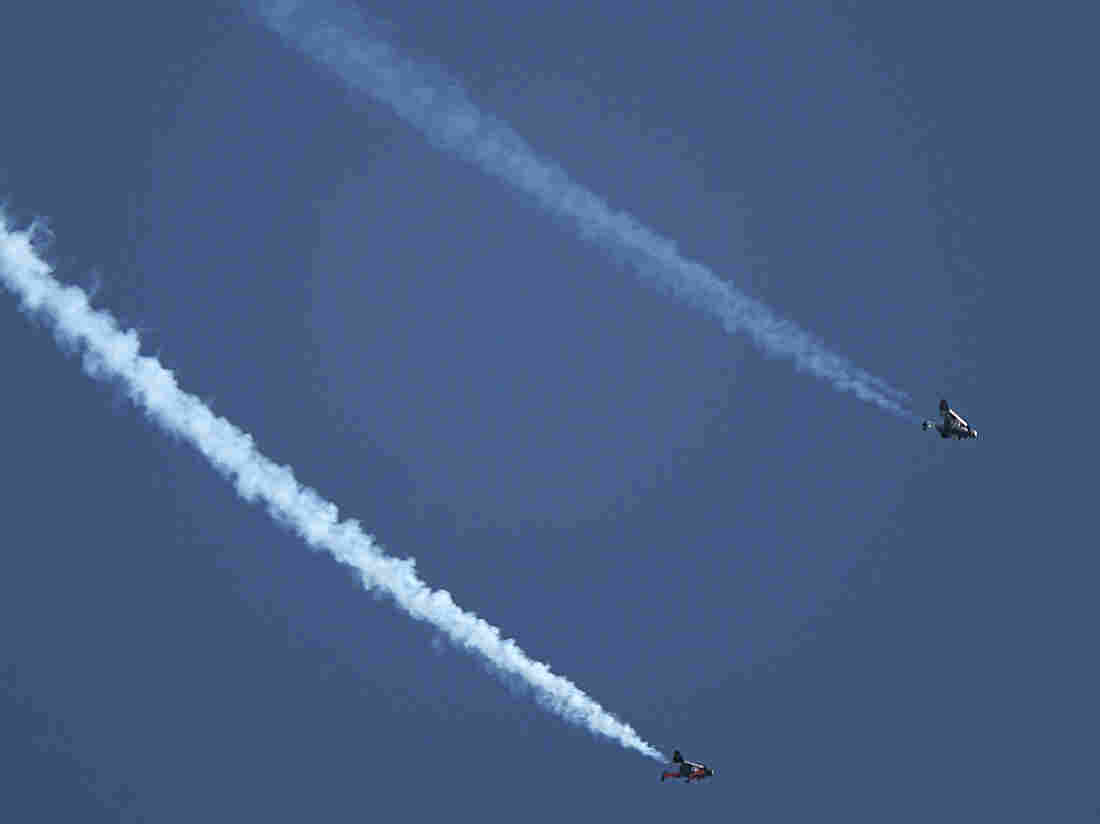 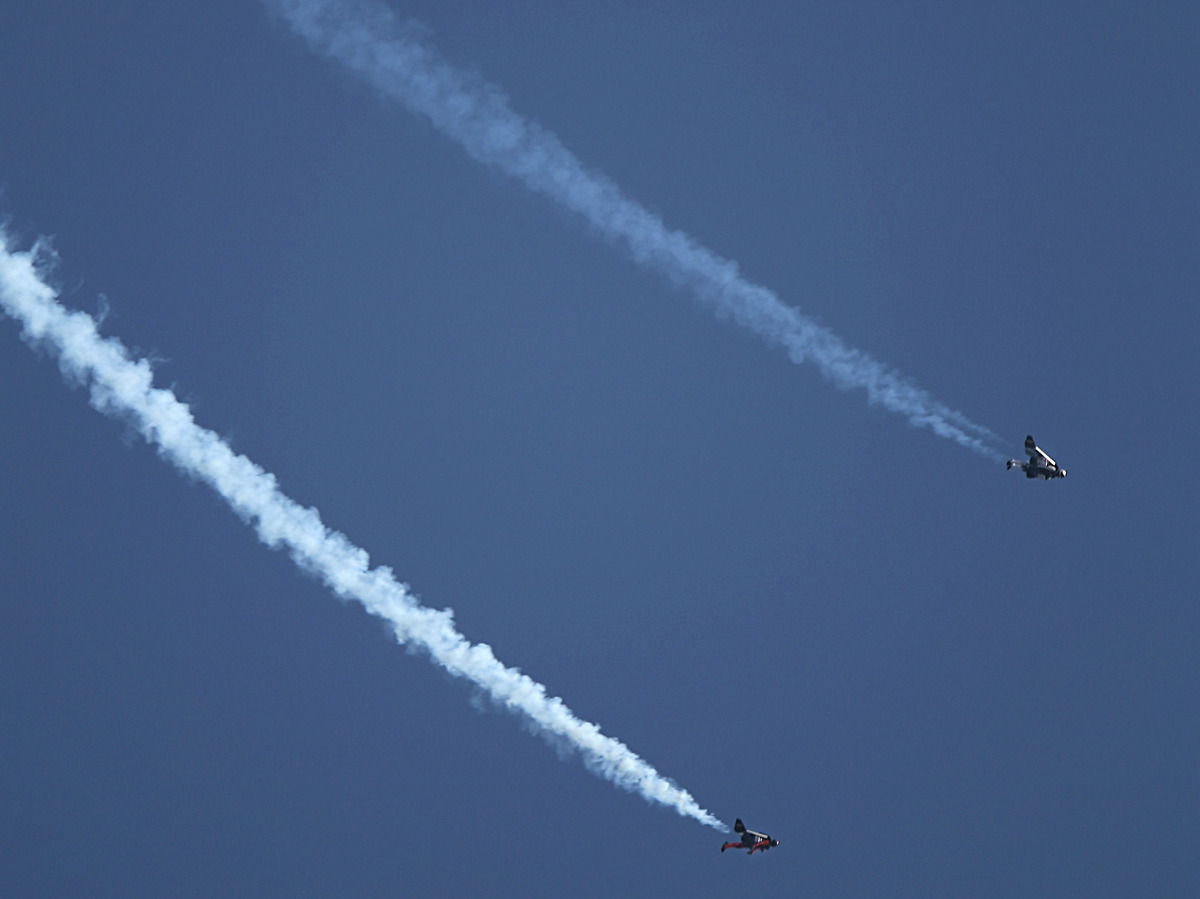 So they went from skydiving to jet packs.

Reffet says the technology is pretty simple. But you can't just strap on wings. First you need to learn how to fly.

"If you compare to a bird," Rossy says, "the bird needs to train for weeks so that he becomes strong with his wings, and it's the same for us. You have to train a lot."

Each pack weighs about 120 pounds. For them to stay up longer than 10 minutes, they'd have to add fuel, which would make the packs even heavier.

"So, you cannot give that to my grandmother," Rossy says. "Yet."

He thinks making the packs light is probably the next step. He hopes one day, there will be a way for anyone — including his grandmother — to fly.