Accessibility links
The Blog Ewe Didn't Know Ewe Needed: Google Sheep View : All Tech Considered It's the year of the sheep, so it follows that a new blog would celebrate the woolly four-legged creatures. Readers submit sheep spottings from around the world, with the help of Google Street View. 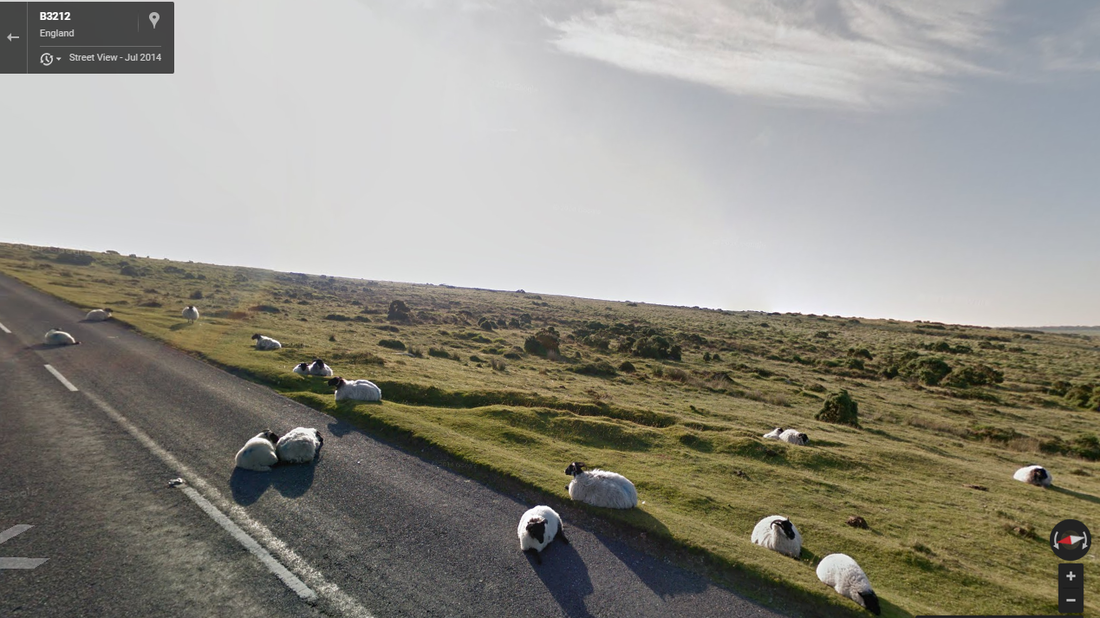 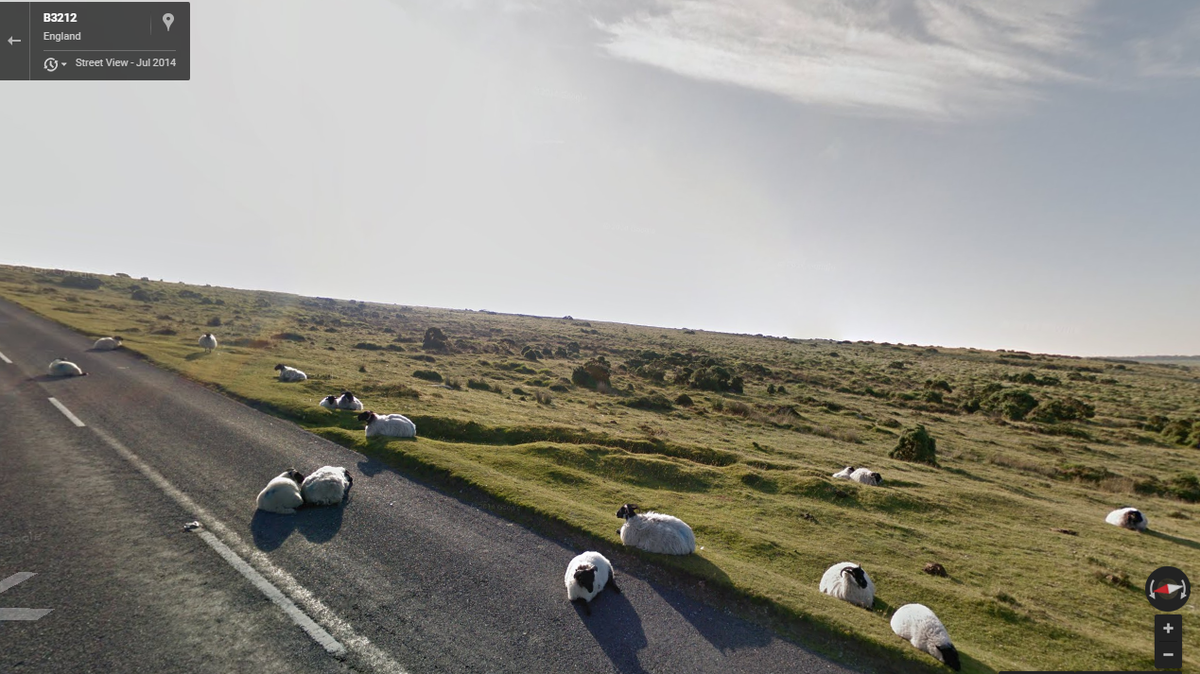 These sheep in England chose an ill-advised napping spot as the Google Street View van drove through town.

Google Street View has caught a lot of wacky sights during its drives across the world — weird bird people in Japan, a giant uncooked chicken in Pittsburgh, and a lot of people showing their ... well, assets.

One new blog collects Google Street View images, but not of people in creepy masks standing at the side of the road. Instead, this blog collects pictures of sheep.

Google Sheep View was created to mark 2015 as the year of the sheep.

Ding Ren and Mike Karabinos write on the blog that they enjoy the "sheep view" when riding trains in the Netherlands, and they dedicate the blog to the zwartbles sheep in particular.

This might seem discriminatory and sheepist to some, but the zwartbles originate in the Netherlands, where both Ren and Karabinos currently live.

Google Sheep View has more than 10,000 followers, and over 100 posts of sheep across the world. Most of the posts are submitted by readers, and the photo captions bear the location of each sheep sighting so that anyone can explore the herds.

Ren and Karabinos don't want to pull the wool over your eyes — they fact-check the sheep submissions to ensure that only legitimate sheep make it on the blog. In the "Outtakes" section, there are photos of cases of mistaken sheep identity: a misleading goat, large lumps of hay in a field, a cow and some statues. This isn't just your average sheep blog — they have ethics over at Google Sheep View.

It's this sort of thing that makes ewe look at the Internet and think, "It's not such a baaaaaaaaaaad place."

In a previous version of this post, we referred to Ding Ren as a man. Ren is a woman.