Accessibility links
What Does Your Uber Driver Think Of You? : All Tech Considered Uber passengers are accustomed to rating drivers. But with Uber feedback, judgment goes both ways. A couple of simple steps can show you your Uber passenger rating — if you really want to find out. 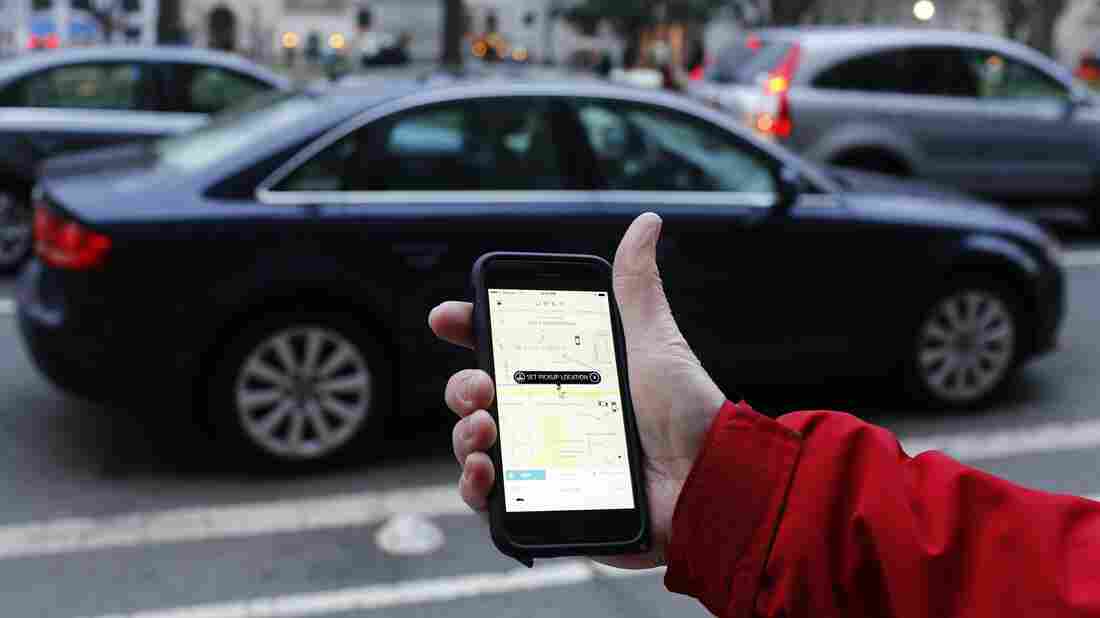 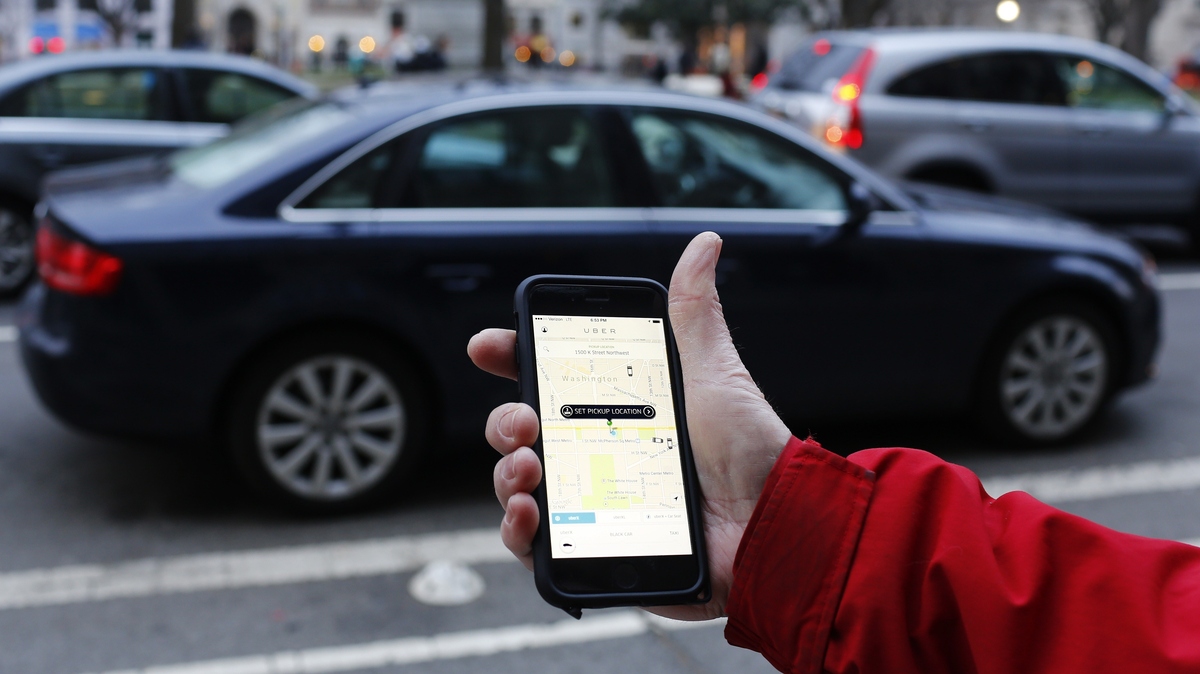 An Uber app is shown in Washington, D.C.

Veteran Uber passengers are accustomed to rating drivers on a scale of 1 to 5 after each ride. But passengers aren't the only ones giving a rating. Drivers also rate passengers on a similar scale after every ride.

Enter Uber's mysterious passenger rating. As it stands now, that passenger rating is not visible to riders anywhere on the app. Your Uber driver is judging you, and the app won't spill the beans.

Last year, software engineer Aaron Landy published instructions on Medium about a hack he discovered in the Uber website's code that allowed riders to view their passenger rating. Within days of posting the instructions, Uber changed the code so passengers could no longer find their rating.

That rating is still not currently visible anywhere on Uber's app or website, but there are two simple ways you can find out what your Uber drivers think of you. Warning: You may regret that one late night you crammed five of your friends into an Uber driver's Prius.

One way to find out is to email Uber support at support@uber.com with the phone number and email associated with your account. Many users (myself included) have gotten answers within minutes.

Another perhaps more straightforward way is to simply ask your driver what your rating is the next time you're taking a trip.

That's how Washington, D.C., intern Adam LaRose found out he had a coveted five-star rating.

"I felt very gracious," said LaRose, a master's student who is interning with the White House Neighborhood Revitalization Initiative. "I try to make conversation and really get to know my drivers. They all have interesting stories."

Hustle Behind The Wheel: What It's Like To Be An Uber Driver

But not every passenger has such a clean slate. Passenger ratings are designed to protect drivers from the type of customer who plays protagonist in Uber horror stories of backseat vomiting or inappropriate behavior. While it doesn't seem to be the norm, Uber has confirmed that riders have been suspended or barred from using the app because of such behavior.

"If there's a problem with a passenger, Uber will see that and say OK, this driver gave this rider a 2, then this driver gave a 1, then this other driver gave her a 2," said Stephen Andoh, a Washington, D.C.-area Uber driver. "When it continues that way, they will deal with that rider, so it's good for drivers and riders."

Uber has said it's considering ways to show passengers their ratings in future versions of the app. Critics argue that Uber passengers should be able to see their ratings like eBay buyer feedback scores because it could encourage better passenger behavior.

Uber competitor Lyft also keeps its passenger ratings private, but has recently experimented with notifying some passengers when a driver rates them five stars and sending emails to tell a passenger they have a five-star rating.

"It's one of a number of ways we are looking to engage with passengers in markets across the country and applies only to five-star rides," a Lyft spokesperson told GeekWire.

Andoh and Tarig Hamad, another D.C.-area Uber driver who has been driving for about a year, say that they give almost every customer five stars.

"Honestly, for me, every rider gets five," Hamad said. "When you get a hard time, you might give that passenger three or two stars, but that's not normal."

Even if Uber does not suspend or bar a passenger from using the app after the rider receives bad scores, Uber drivers can choose not to pick up a rider who has a low score. But Andoh and Hamad say they don't ignore customers who have low ratings.

"I pick up passengers with low ratings. They're normal," Hamad said. "For me, I don't normally have problems. I've worked for a year, and I don't normally see anything from anyone. Maybe just one or two times."

In situations with an especially disgruntling passenger, Andoh, who says he developed a lot of patience in his former career working with people facing developmental disabilities, says he doesn't worry too much about it.

"At the end of the day, how long are they going to stay in your car? Ten or 20 minutes at most usually. So it's good to act professional and allow that person to go, because everyone has their problems they're dealing with," Andoh said.

And that is precisely where ratings come in.

Lauren Leatherby is an intern on NPR's Washington Desk.