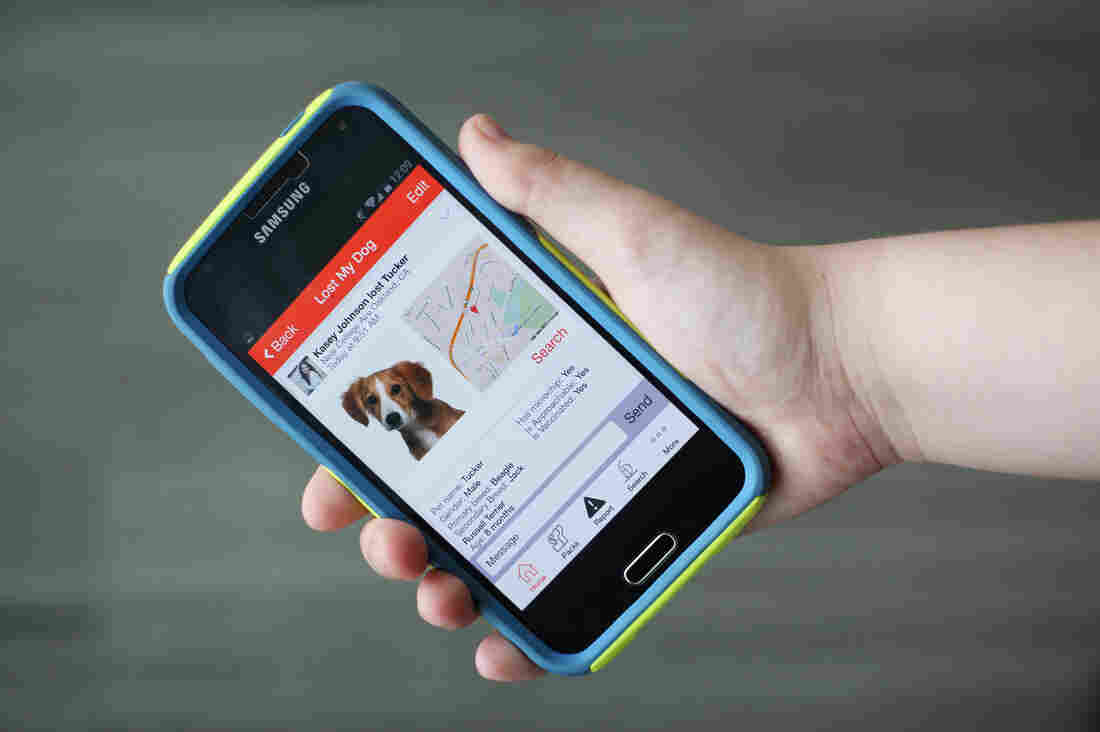 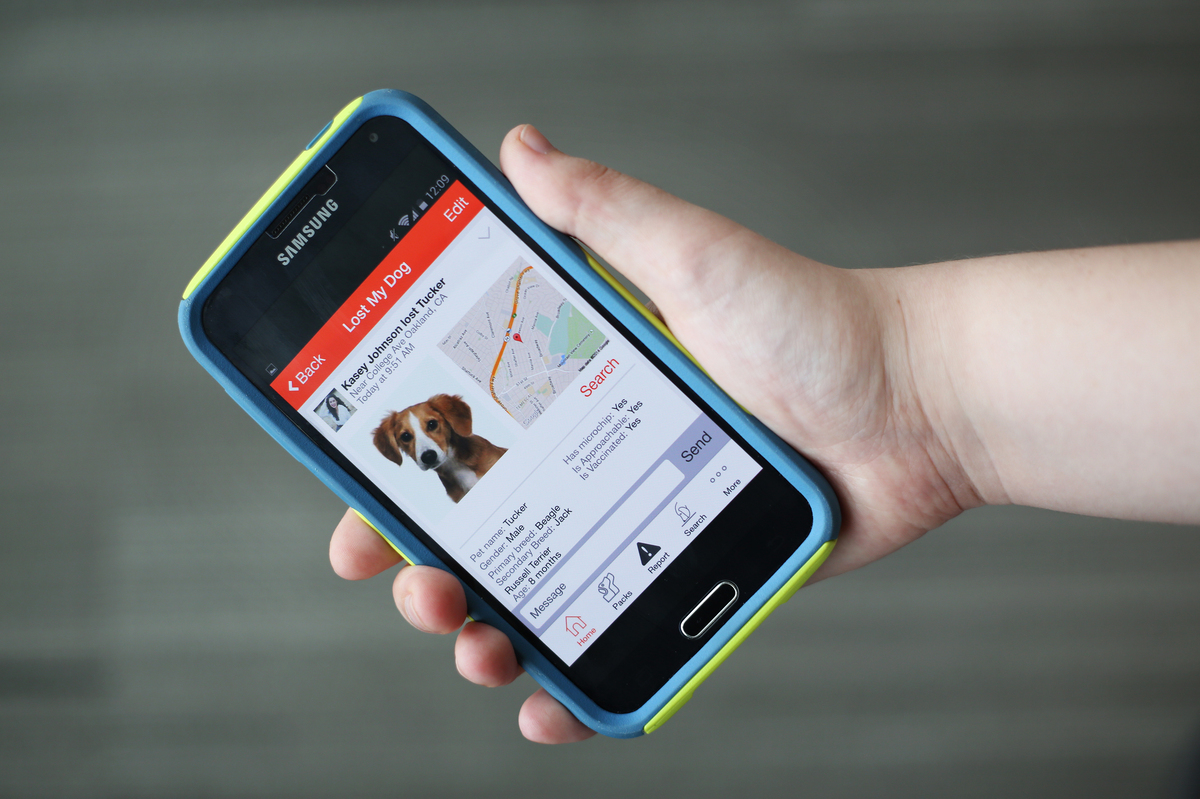 How many times have you seen a "lost dog" poster hanging up on a street corner?

John Polimeno was at a coffee shop when he spotted one of those posters. He thought about his own experience looking for a lost pet, with crying children in the backseat, and knew there must be a better way. After seeing several of the coffee shop customers glued to their smartphones, Polimeno had an idea.

It's a smartphone app called Finding Rover, and it uses facial recognition technology to reunite lost dogs with their owners. Polimeno is the founder and CEO of Finding Rover.

Launched in the Apple Store in late 2013, followed by Android and Web versions, the app uses software developed by Polimeno and a team at the University of Utah. They studied facial recognition technologies used in prisons and casinos to develop algorithms for pets, locating all of their unique facial features. The technology boasts an accuracy rate of up to 99 percent, and the company reports more than 600 tales of pet-and-owner reunions.

It works like this: Pet owners upload a picture of their dog. Shelters and other Finding Rover users upload pictures of found dogs. Once a dog is reported found, its picture is scanned through all of the "lost" pictures. A found dog and lost dog are then matched based on the technology, and the worried owner is notified. 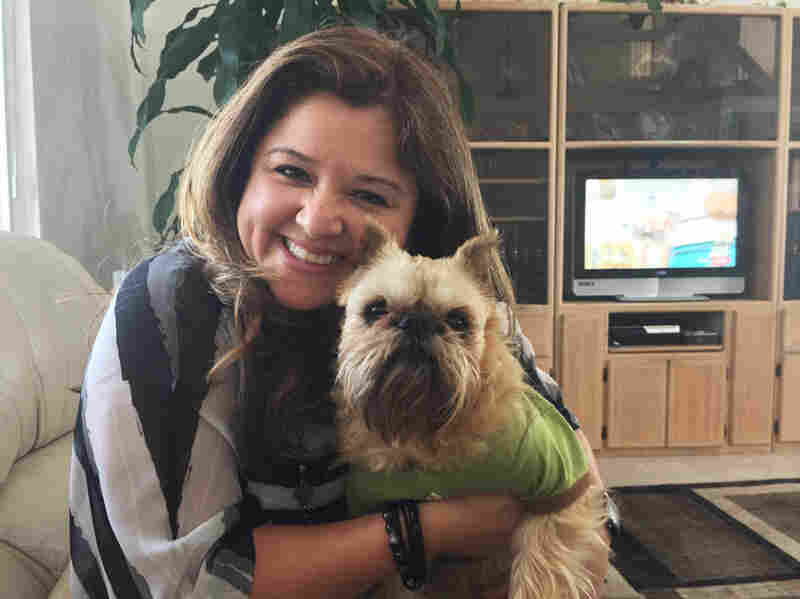 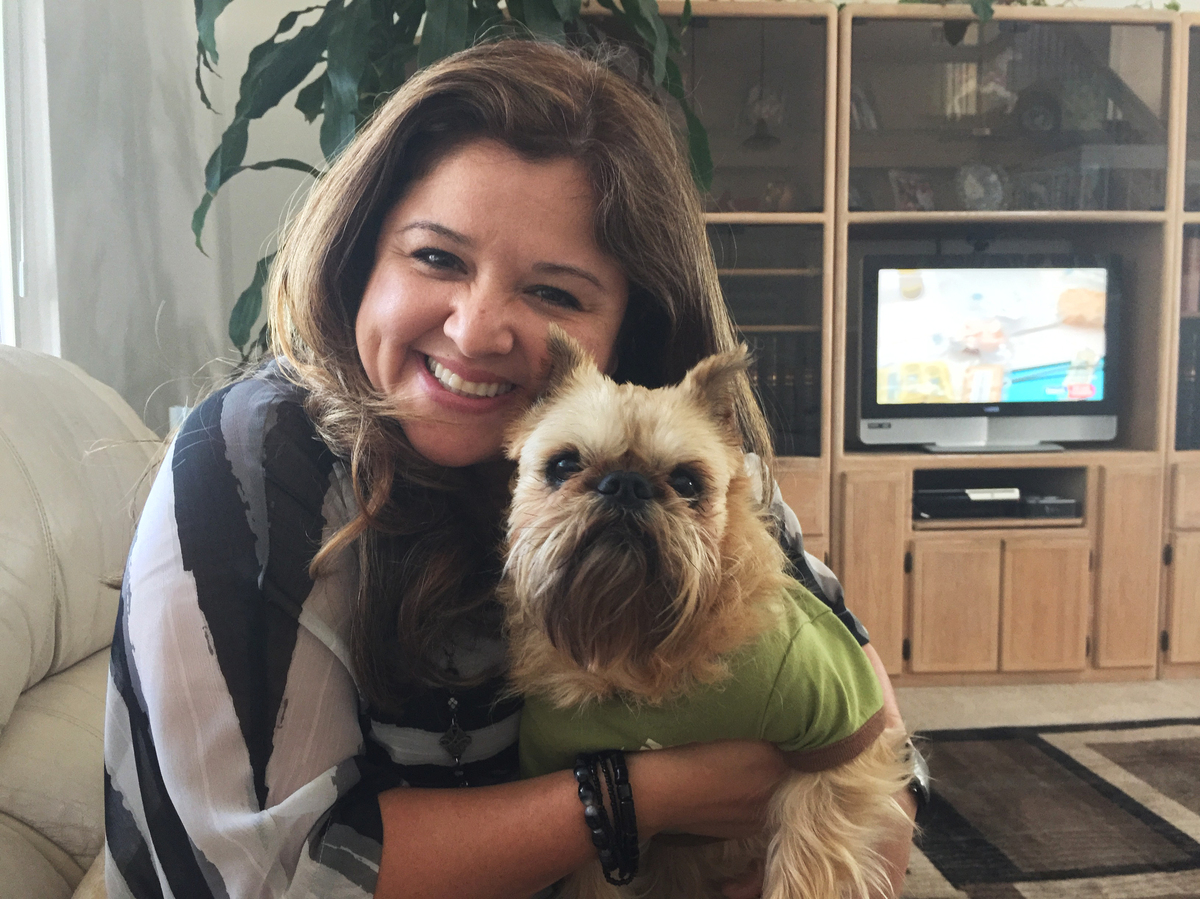 Laura Steveson and her dog Monchichi. When Monchichi went missing, Steveson's husband uploaded a photo to Finding Rover. Minutes later, Steveson received an email that her dog was safe and found at the San Diego County Department of Animal Services.

Laura Steveson of Chula Vista, Calif., was one of those owners. She describes her 5-year-old Brussels Griffon, Monchichi, as "her everything." They have been through a lot together: divorce, remarriage, moving, and everything in between. When Steveson and her husband traveled to City of Hope Cancer Center for his chemotherapy, Monchichi went missing. Steveson says she "fell to pieces" and her husband, near the end of his week-long treatment, started searching for ways to find their pet.

He happened upon Finding Rover, and Steveson uploaded a picture of Monchichi. Minutes later, Steveson received an email that her dog was safe and found at the San Diego County Department of Animal Services. She was glad to receive piece of mind so quickly in such a stressful situation.

Steve Cox of El Cajon, Calif., knows the stress of a lost pet, too. Roxy, the family dog who is now deceased, ran outside during a thunderstorm last year. Cox and his family spent days checking the shelter until they downloaded Finding Rover.

"I did not sleep much," he says. "The whole family was worried and out looking for her, thinking we would never get her back."

The same day Cox downloaded the app, he went to the shelter. No Roxy. Later that day, however, he received a call from the shelter saying Roxy had been found.

"It was just unbelievable," Cox says.

Roxy did not have a GPS collar or a microchip. But Monchichi had been microchipped, a popular method for owners to locate a lost pet. A microchip is an implant that is injected into a dog or cat's loose skin. When scanned at a shelter or a veterinarian's office, the chip responds to radio frequencies that identify the animal's owner. The average cost of a microchip is $45 and it lasts the pet's lifetime.

With Monchichi's microchip, all area animal hospitals would have been alerted of her disappearance, but Steveson says it would have been three days before she was notified if the dog was found. Several companies make microchips, GPS collars and tracking devices for dogs and cats.

Daniel DeSousa, deputy director of the San Diego County Department of Animal Services, promotes microchipping and any method that helps lost pets reunite with owners. However, DeSousa says he has noticed some owners and pet-sitters remove the GPS tags. Microchips have to be scanned, which means they have to be taken to a facility with that equipment.

With Finding Rover, DeSousa says, all a person needs to do is take a photo of the dog.

Polimeno estimates that Finding Rover has over 100,000 users. Finding Rover's network includes over 100 shelters worldwide as well as several thousand veterinarians. Those may seem like small numbers compared to the 3.9 million dogs that enter animal shelters every year.

Polimeno says the biggest challenge Finding Rover faces is getting people to register and download the app. Using microchips and GPS trackers is an individual approach to finding a pet. With Finding Rover, the public can have a greater hand in helping lost dogs reunite with their owners.

Polimeno hopes the app's low price (it's free) will encourage that. For now, Finding Rover relies on investors for funding, but Polimeno expects advertising in the app's social network for pet owners will pick up soon.

There are other apps that do what Finding Rover does, including PiP, which also uses facial recognition technology and sends out alerts if a pet goes missing; users pay a subscription fee. Some apps operate as a part of a GPS tracker or microchip.

Currently, Finding Rover only helps find lost dogs, but next month cats will be added to the app.

Elizabeth Miller is an intern on NPR's National Desk.