Accessibility links
Beam Me Up? Teleporting Is Real, Even If Trekkie Transport Isn't : All Tech Considered Teleporting from one place to the next looks so fun on the big and little screen. But physicists who actually can do something like that with single atoms say teleporting people would be much messier. 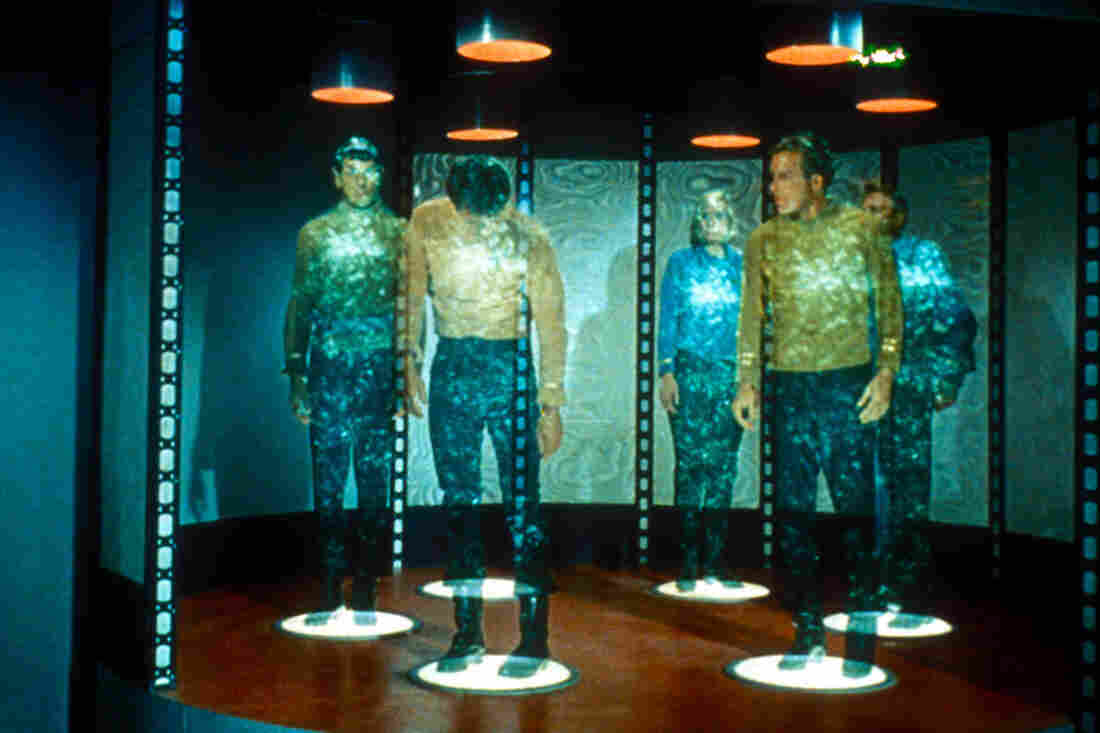 Star Trek's Mr. Spock and Captain Kirk never even lose pocket change when they use a transporter to get from TV's Starship Enterprise to distant worlds. What gives? Paramount Television/The Kobal Collection hide caption 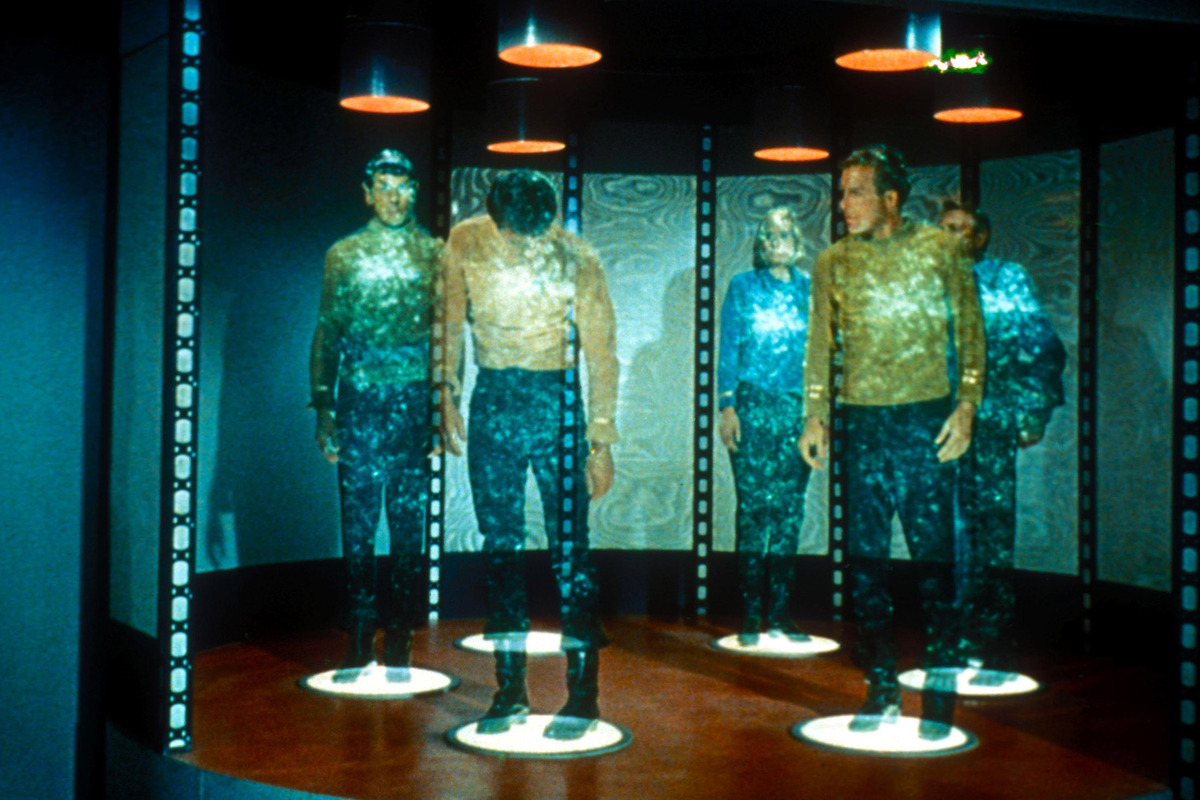 Star Trek's Mr. Spock and Captain Kirk never even lose pocket change when they use a transporter to get from TV's Starship Enterprise to distant worlds. What gives?

"I have a hard time saying this with a straight face, but I will: You can teleport a single atom from one place to another," says Chris Monroe, a biophysicist at the University of Maryland.

His lab's setup in a university basement looks nothing like the slick transporters that rearrange atoms and send them someplace else on Star Trek. Instead, a couple million dollars' worth of lasers, mirrors and lenses lay sprawled across a 20-foot table.

"What they do in the TV show is, they send the atoms over a long distance," says David Hucul, who recently got his Ph.D. with Monroe. "But, really — if you could build anything, you wouldn't send the atoms."

That's because atoms are big and heavy, and you don't really need them, he explains. The laws of physics say that any atom of carbon is identical to any other atom of carbon. Oxygen, hydrogen and so on: They're all perfect atomic clones.

The Pitch Of A Lifetime: One Enterprising 'Star Trek' Fan's Big Chance

"The thing that makes us unique is the states of those atoms," Hucul says. "So you'd really send the information — the state of the atom."

The particular arrangement of an atom's electrons, or protons, or neutrons is what makes it special. Now, it's not quite as simple as looking at how everything is placed inside the atom. The laws of quantum mechanics say that "measuring" an atom's information will destroy it.

Instead, researchers have to use this complex system of lasers to transpose some of that information from one atom to another.

In a tiny, steel chamber, they trap one single atom of the element barium. And there's an identical chamber on the other side with another atom of barium in it.

When the team sends the command, the lasers do their work: They suck the delicate quantum information out of atom A and send it into atom B. From the perspective of physics, it's the same as teleporting atom A across the table.

But here's where the reality clashes with the superpower. Imagine you built a human-sized version of this technology. To teleport, you'd need about a billion-billion-billion atoms waiting at your destination that could be arranged into you.

And remember the information isn't copied, it's moved. So, what would happen to all the atoms that used to be you at the start? Chris Monroe says they'd be left behind in a gunky mess: "It'd look like a big pile of Jell-O, I guess," he says.

Also, the system isn't perfect, so there would be a good chance of errors.

"An error probably wouldn't be like your arm is gone," Monroe says. "It'd be something much more disgusting."

All joking aside, this kind of teleportation could never work for people. There's just no way (that we know of) to read out all the information in a billion-billion-billion atoms, and then transport it and put it back somewhere else.

That's not to say one-atom teleportation is useless. Monroe thinks it might be useful in building advanced quantum computers. But for now, big-time teleportation will probably stay on the big screen.