Accessibility links
Drones Increase Heart Rates Of Wild Bears. Too Much Stress? : All Tech Considered Scientists studying animals in their natural habitats can now just send in a drone with a camera, rather than trudging through rough terrain. But a new study finds that the drones don't go unnoticed. 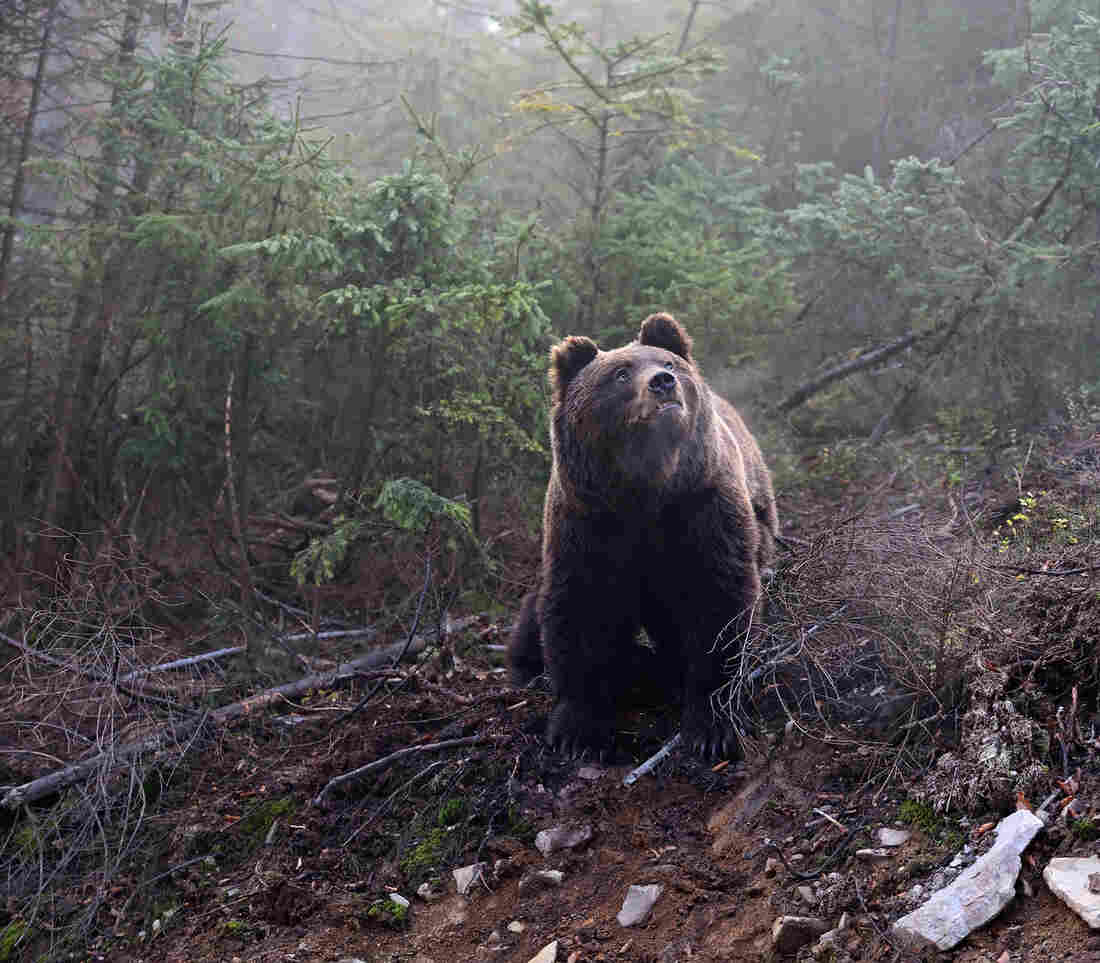 A brown bear in its natural habitat. Wildlife ecologists in Minnesota found that black bears in their study experienced an increase in heart rate when buzzed by drones. iStockphoto hide caption 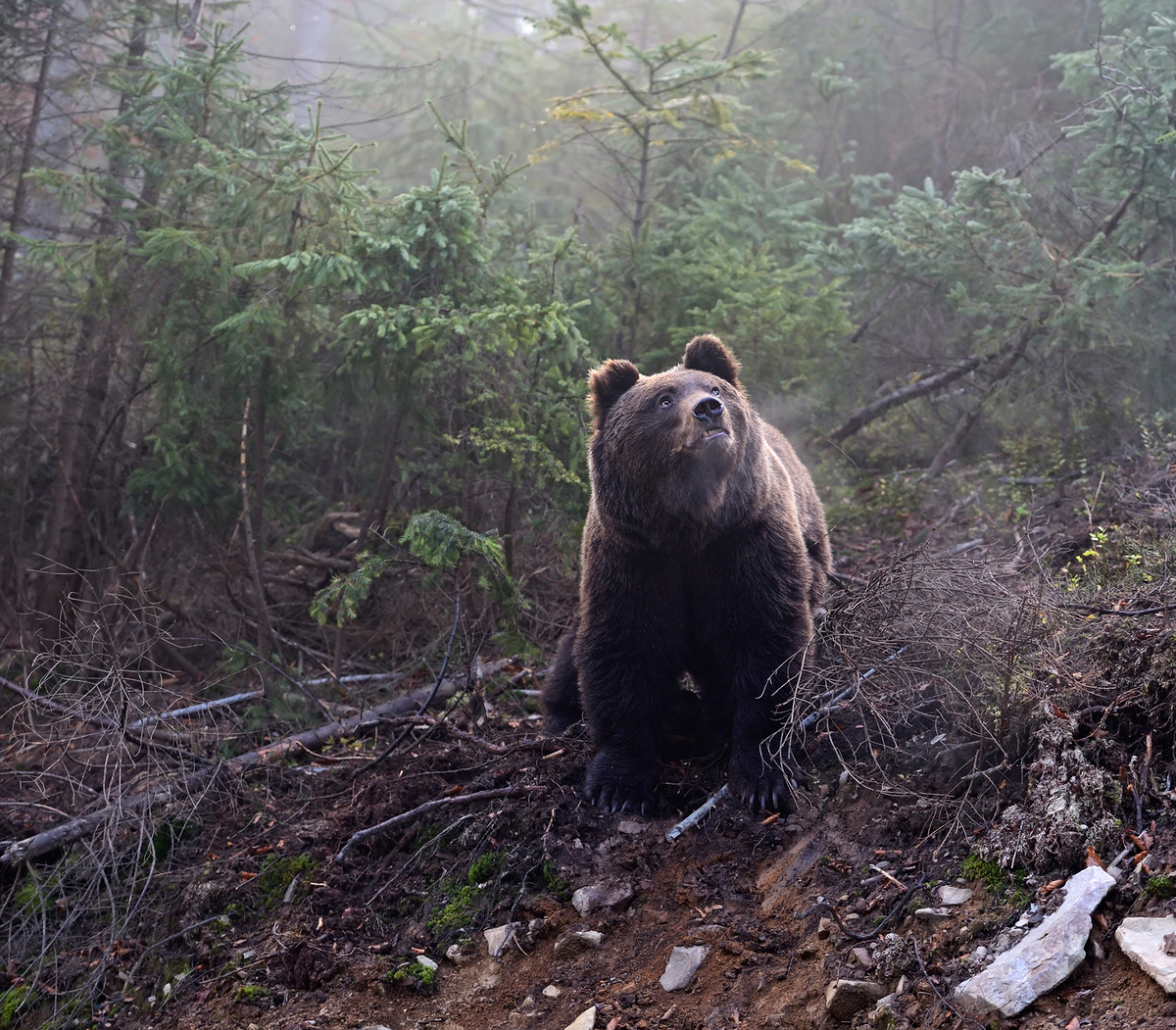 A brown bear in its natural habitat. Wildlife ecologists in Minnesota found that black bears in their study experienced an increase in heart rate when buzzed by drones.

For wildlife biologists, unmanned aerial vehicles are like a dream come true.

Instead of struggling through rugged, difficult terrain to get to the animal they want to study, they can just send in a drone with a camera.

And as drones get cheaper and more available, everyone in biology seems to have new ideas for how to use them, says Mark Ditmer, a wildlife ecologist at the University of Minnesota, St. Paul.

But how do the animals feel about these little UFOs hovering overhead?

That's what Ditmer wanted to know. He wondered how drones could change an animal's life: "What's the effect on the individual when we have this drone flying in close and kind of watching them?"

Ditmer realized he could explore this question by flying drones over some black bears in Minnesota that were already being monitored for a different study.

The details of what he discovered — that the drones significantly changed the heart rates of the bears — were just published in the journal Current Biology.

For the original study, bears were outfitted with both GPS locaters and small implanted heart sensors "that record every heartbeat continuously throughout the year," Ditmer says.

The cardiac monitors were developed for humans, but they're in the bears as part of an effort to understand how bears manage to hibernate through the winter — and then resume their normal activity with no problems. Figuring that out might someday help prevent muscle loss in people who are bedridden for long periods.

To do the study on drones, all Ditmer's team had to do was get some small, off-the-shelf flying helicopters and program them to make short flights over the monitored bears.

Noise Pollution Hard On Heart As Well As Ears

They managed to conduct 18 flights over four bears. And what they found is that a visit from a drone made a bear's heart beat faster.

This happened even though video taken by the drones showed the bears acting blase.

"We need to be aware that just because we can't visually see an effect, that it doesn't mean there's not some sort of stress response going on," Ditmer says.

One bear foraging in a cornfield did run away for, maybe, 15 feet but then stopped, says Ditmer, "and watched the drone circle overhead."

The study has left Ditmer with a lot of questions.

"We don't know if bears or other species can habituate to having drones flying over them," he says. "Right now, it's just getting started — but I guarantee you in five to 10 years it will just be commonplace to be using them for many aspects of research and conservation."

So far, there's been hardly any research into how wild birds and animals react to drones.

One study published earlier this year explored how birds responded to drones flying overhead. But it looked just at behaviors like flying or swimming away, and not physiological responses that might reveal stress.