Accessibility links
DIY Tractor Repair Runs Afoul Of Copyright Law : All Tech Considered Like a lot of machines, tractors are increasingly run by computer software that has proprietary locks. But if farmers break those locks to fix their John Deere, they are also breaking the law. 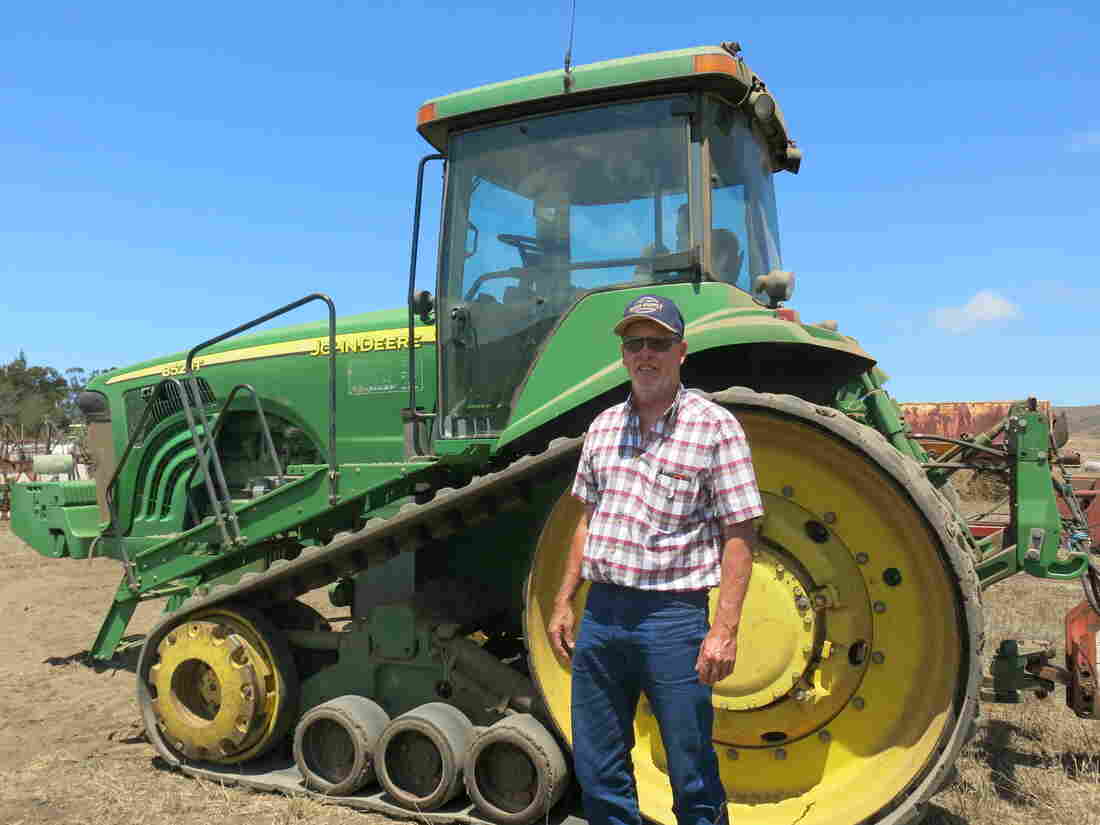 Farmer Dave Alford can't fix his own tractors like this one because it's run by software with proprietary digital locks. Laura Sydell/NPR hide caption 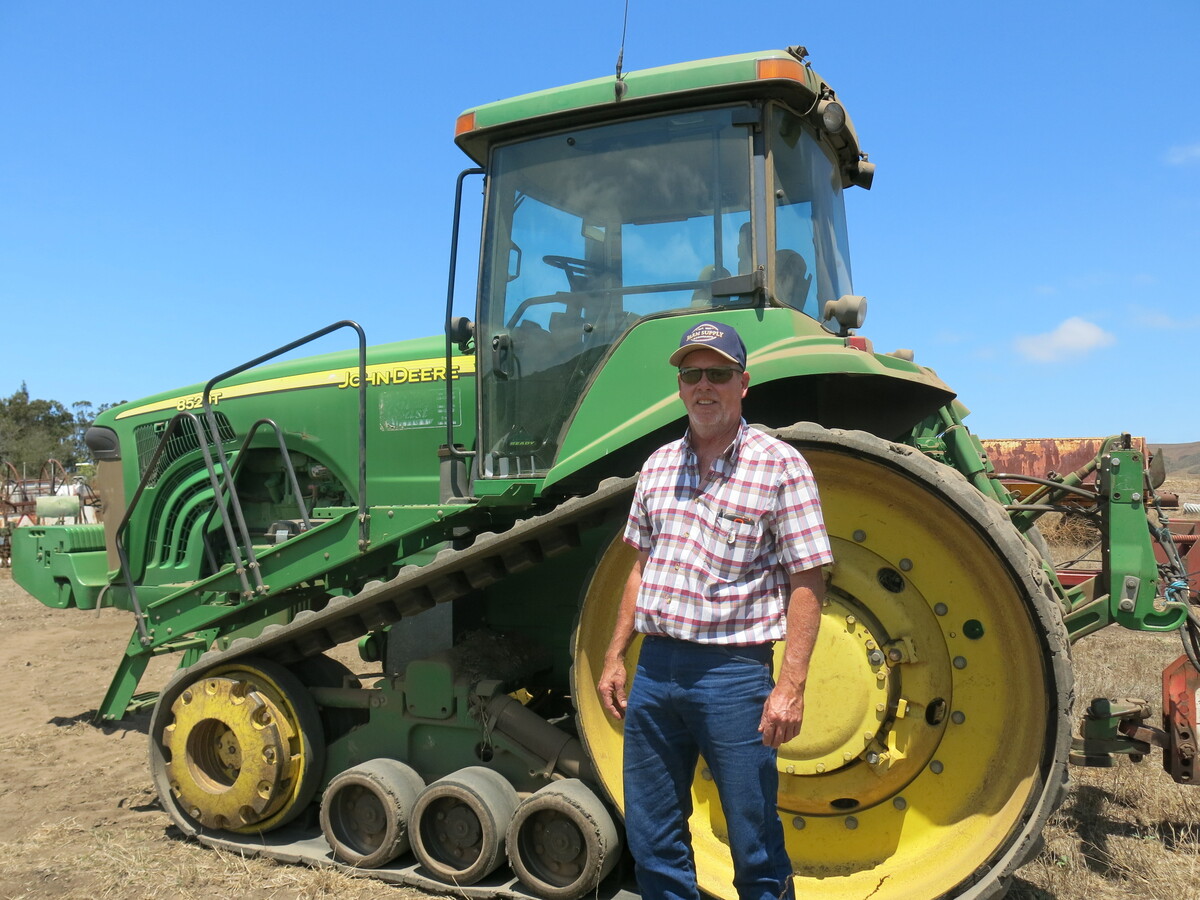 Farmer Dave Alford can't fix his own tractors like this one because it's run by software with proprietary digital locks.

The iconic image of the American farmer is the man or woman who works the land, milks cows and is self-reliant enough to fix the tractor. But like a lot of mechanical items, tractors are increasingly run by computer software. Now, farmers are hitting up against an obscure provision of copyright law that makes it illegal to repair machinery run by software.

Take Dave Alford. He fits that image of the iconic farmer.

"I do farming on the family ranch," says Alford, standing on a piece of grassy earth with a white barn behind him. "I've been farming for the past 30 years and obviously my family much before that."

Alford wears a blue baseball cap with a farm supply company logo across the top, a plaid shirt, bluejeans and work boots. As Alford and I walk over to see one of his newer tractors we pass what looks like a graveyard of rusty old ones.

Alford says he keeps the old ones around, "Just because I'm a farmer. You keep thinking, well, maybe I'll make this one work someday."

Alford considers himself a small farmer — he's got 1,000 acres in San Luis Obispo along the central coast of California where he grows snow peas, garbanzo beans, hay and seed crops. But he jokes that he tells his friends he's a mechanic.

"You spend so much of your time in agriculture fixing things," Alford says. "I'm of a size that it's more economically beneficial to me to fix as much stuff as I can myself."

But that's been getting a lot harder to do.

Alford and I sit in the air conditioned enclosed cabin of his John Deere 8520T tractor. In the cabin are little computer screens that monitor the engine.

"So I can monitor, for example, what my hydraulics are doing that's running the implement behind me," Alford says. "I can monitor the regular standard things in an engine."

And the little computer screen lets him know when something is wrong. Unfortunately, Alford isn't allowed to fix it. John Deere has a digital lock on the software that runs his tractor. And it won't give him the key.

If something goes wrong with one of his tractors Alford has to take it to an authorized John Deere dealer — the closest one is about 40 miles away — or a John Deere rep has to come visit him. Alford had an issue about a year ago; the tractor belts were loose. He waited a day for the John Deere rep.

The problem with this setup is that in farming timing is everything. When the soil is soft enough to till you have to go; when the crop is ripe you have to pick it.

"So if you have a small problem that does not allow your tractor to operate and you have downtime it's costing you money and a lot of stress," he says.

You may wonder why Alford doesn't just break that digital lock and get into the software and fix the problems himself. He could, but he'd be breaking the law. It's called the Digital Millennium Copyright Act of 1998, or DMCA. It was written because movie studios were worried that people would break the digital locks on DVDs, make copies and pirate them. 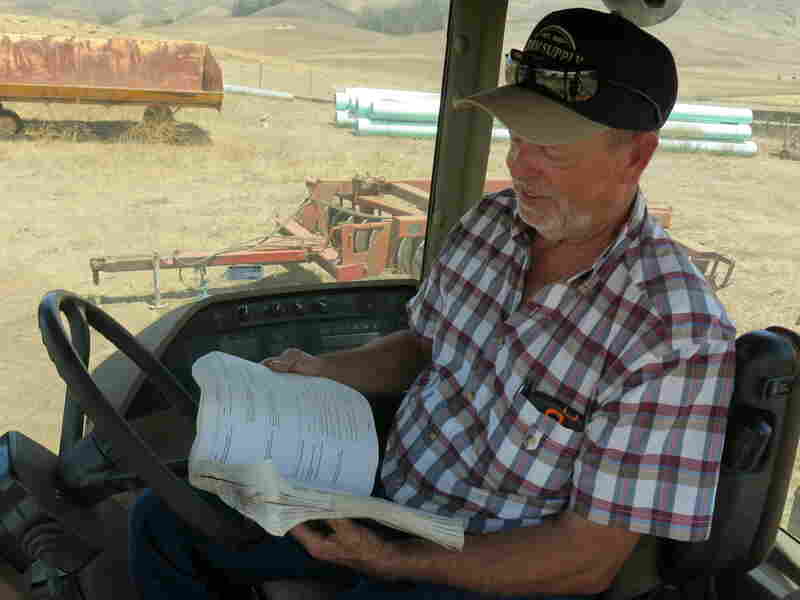 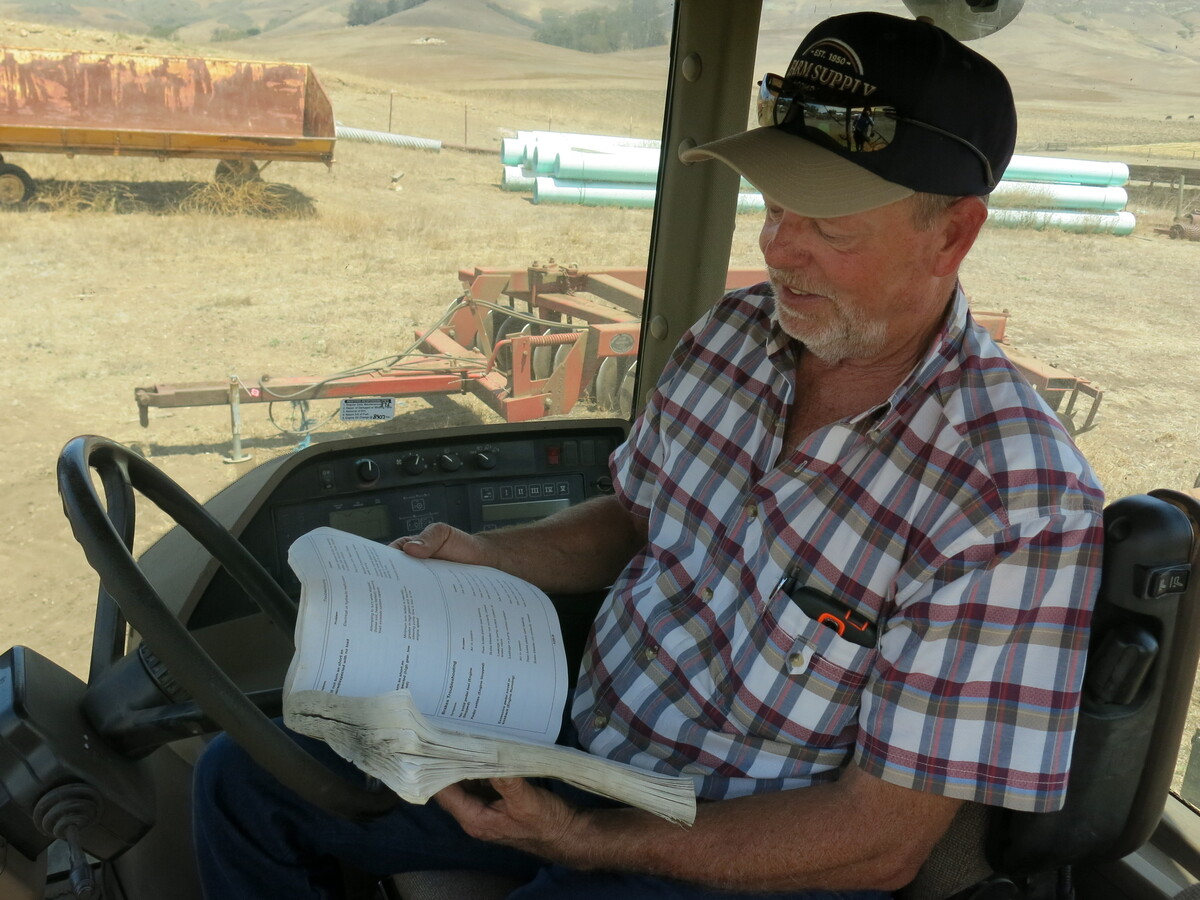 Dave Alford tries to unravel software codes to find out what's wrong with his tractor.

And you can add to this list. It is illegal to break the digital locks on medical devices, such as a pacemaker, as well as game consoles and cars — pretty much anything you purchase that runs with software. If you break the digital lock you can face five years in prison and/or a half a million dollars in fines. Though we haven't heard of that happening to a farmer.

The law provides that every three years the Library of Congress' copyright office can review the law and make exemptions. Farm groups, mechanics, security researchers, consumer advocates are all in the midst of fighting for several exceptions.

Automakers, John Deere and other makers of construction equipment are opposed. John Deere would not talk on tape, but in an emailed statement the company said ownership does not include the right to modify computer code embedded in that equipment. The company went on to say that unqualified individuals could endanger customer safety.

Ryan Talley, another farmer in San Luis Obispo, says he understands safety concerns. But he thinks the manufacturers should work with the farmers.

"I do feel just philosophically when you purchase a tractor, you own the tractor," he says. "And I firmly believe that these tractor companies need to make it so that their clients or their customers can repair their tractors if they so decide to do so."

The copyright office is deliberating whether Talley, Alford and other farmers can have the right to fix their tractors. They'll decide by October. And if they grant the exemption it will only last for three years. Then, the farmers argue for it all over again. Unless Congress changes the law.