Accessibility links
Talking About Women's Issues In Gaming Still Taboo, Developer Says : All Tech Considered One female developer says she hasn't faced much overt sexism in her 20-year career, but there's been lots of "casual exclusion" — like meetings held at strip clubs. It's hard to talk about, she says. 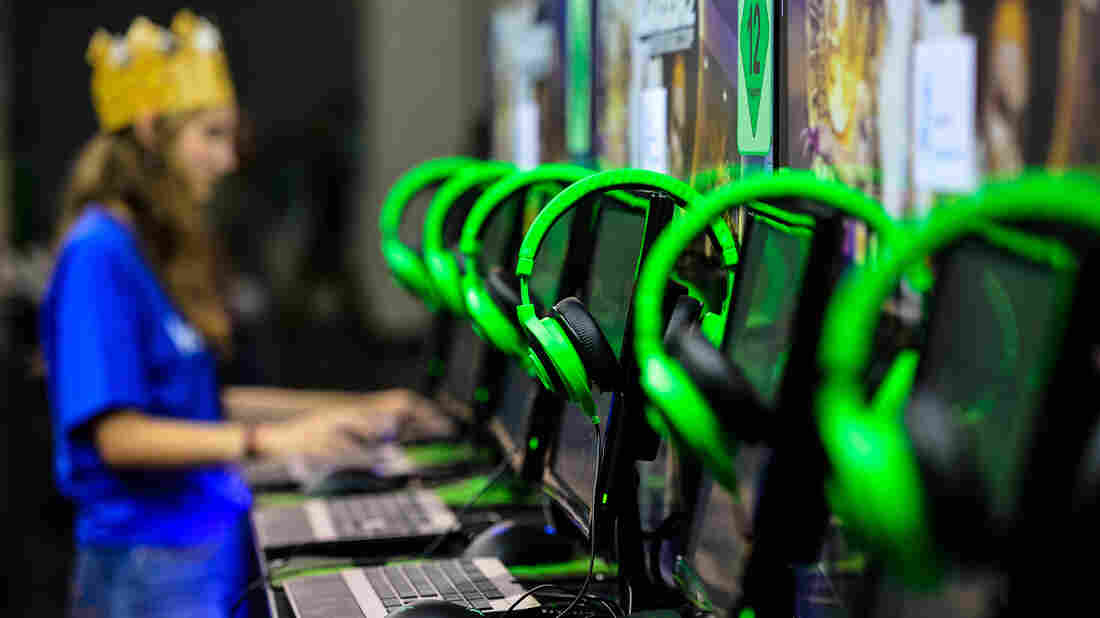 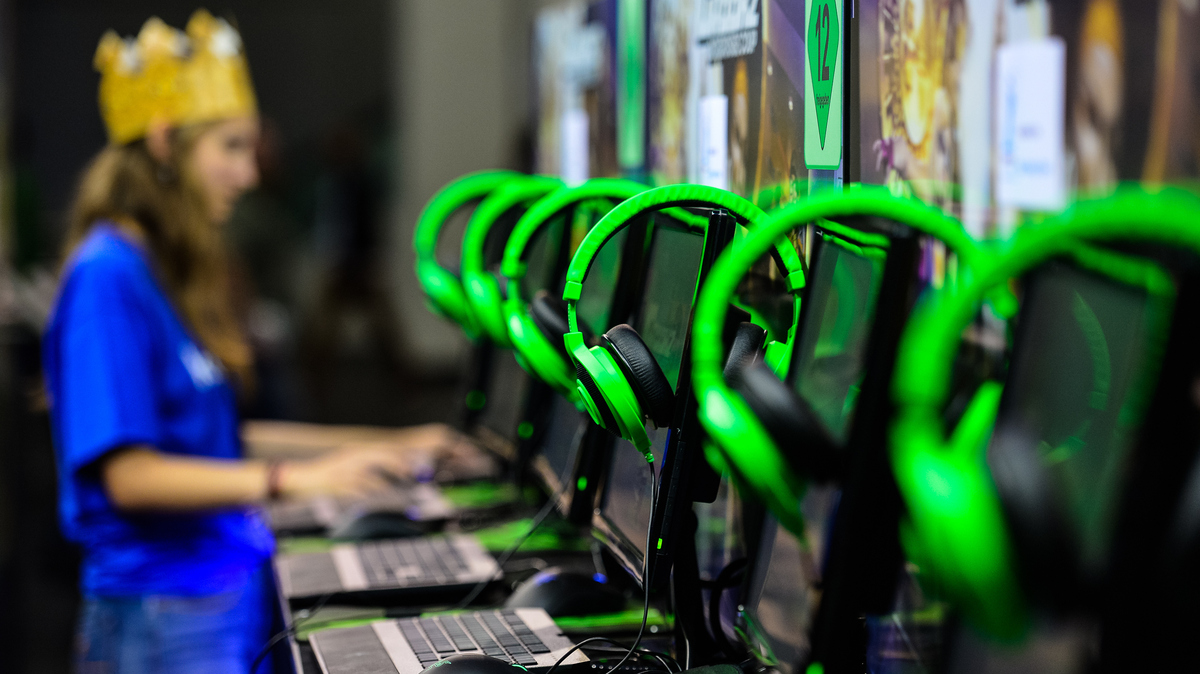 An attendee plays video games at the Gamescom 2015 gaming trade fair on August 5, 2015 in Cologne, Germany.

This time last year, what became known as #Gamergate rocked the Internet and the world of video games.

The stated purpose of the hashtag movement, according to those who supported it, was that it was about corruption and ethical malfeasance in video game journalism, but the debate — played out largely on Twitter, Reddit and other discussion websites — highlighted rampant sexism and harassment in video game culture.

The online firestorm has simmered down somewhat, but many women in the industry still feel it's hard to speak up about these issues.

Laralyn McWilliams started in game development in the mid-'90s. Since then, she has worked many of different roles, but primarily in design. She was the lead designer on games like Full Spectrum Warrior and the creative director for the massively multiplayer online game Free Realms for Sony Online Entertainment. Now, she's the chief creative officer at The Workshop, a game studio based in Los Angeles.

McWilliams says that she hasn't experienced much overt sexism in her career, but just more of what she calls "casual exclusion."

"For most of my career it was things like having meetings with the publisher, when the publisher came from out of town, at strip clubs," McWilliams tells NPR's Tess Vigeland. "Most of the time I just wasn't invited even though I was in a leadership role."

Issues cropped up in meetings where she was included, too. One began with one man telling her, "I hope this goes better than the last time we had a woman at the producer's meeting." She says the statement didn't bother her at the time — but she later realized how such words might affect women just getting started in the business.

In June, McWilliams wrote about the changes she's seen in herself, the video game industry and the role of women in it over the course of her career.

On why now, after nearly 20 years in the industry, she's speaking out about these issues

One Feminist Critic's Battle With Gaming's Darker Side

In 2012, I was diagnosed with stage-IV cancer in my tonsil. Going through that experience really changes the way you look at the world. ... It corresponded with a time when I was starting to hear women [in gaming] ... talking about the things happening to them. And after cancer I just felt like, "I can't hear this and not say something." So honestly it's been out of a sense of love for what I do and knowledge that the more different people work on a game development team, the more our games and teams really grow and can create more and more interesting and dynamic games. And that's ultimately what it's all about.

I would say the conversation right now is almost impossible. It's considered off topic, it's considered political, it's considered identity politics — even when you're trying to talk about something that literally just happened to you. So that makes it difficult.

And then it is compounded by the fact that I think there's almost nothing you can that's not going to make someone feel attacked and make somebody feel angry at you. I have friends who won't speak about it, regardless of their experience, whether it's been good or bad, because of the environment right now. And I think that that's what we need to get past, because as long as we can't talk about it, it means we can't do anything about it. We're just paralyzed.

On why the video game industry, in particular, is having such difficulty with the issue

And I think that because games are one of the lower-paying areas of tech ... compared to non-game related [software] jobs, and because of that the barriers to entry for women have just made women think it's just maybe not worth the extra effort to make less, work more hours, have to move all of the time and put up with all of this crap. I think that has led to a lot of homogeneity in game development that makes it even harder for it to break out of a lot of the issues. ...

There is a tendency in tech, and in games in particular, that if you are a woman who talks about the issues facing women in games, that becomes what defines you. You become "the woman who talks about being a woman." When honestly ... it largely continues to feel like my gender should be irrelevant.

And even that's something that I wrestle with — because I realized maybe it's not that I always wanted my gender to be irrelevant, but more that I felt like the way that would make things the easiest for me was if I made my gender irrelevant.