Accessibility links
Appeals court rules Google Books are fair use : All Tech Considered Google gets another win in a case by book authors and publishers challenging its digital library. Disputes over "fair use" of copyrighted material are bound to continue as more stuff ends up online. 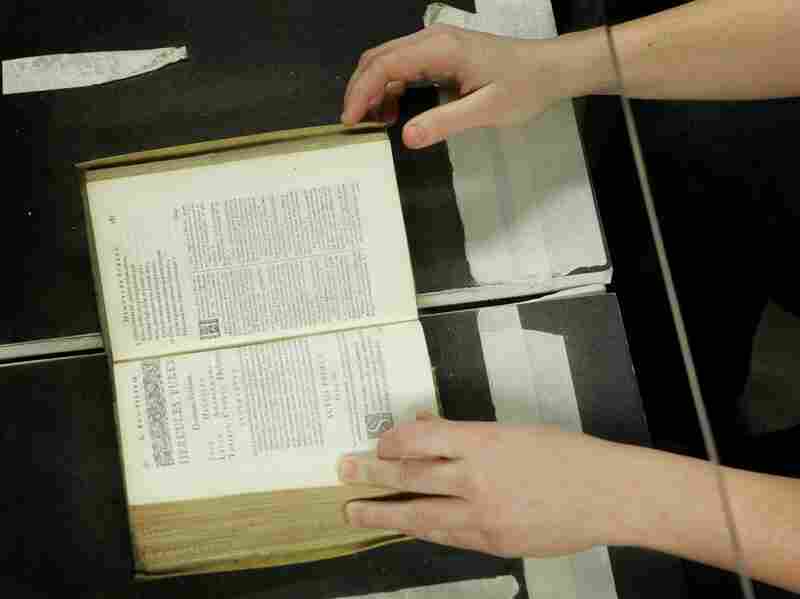 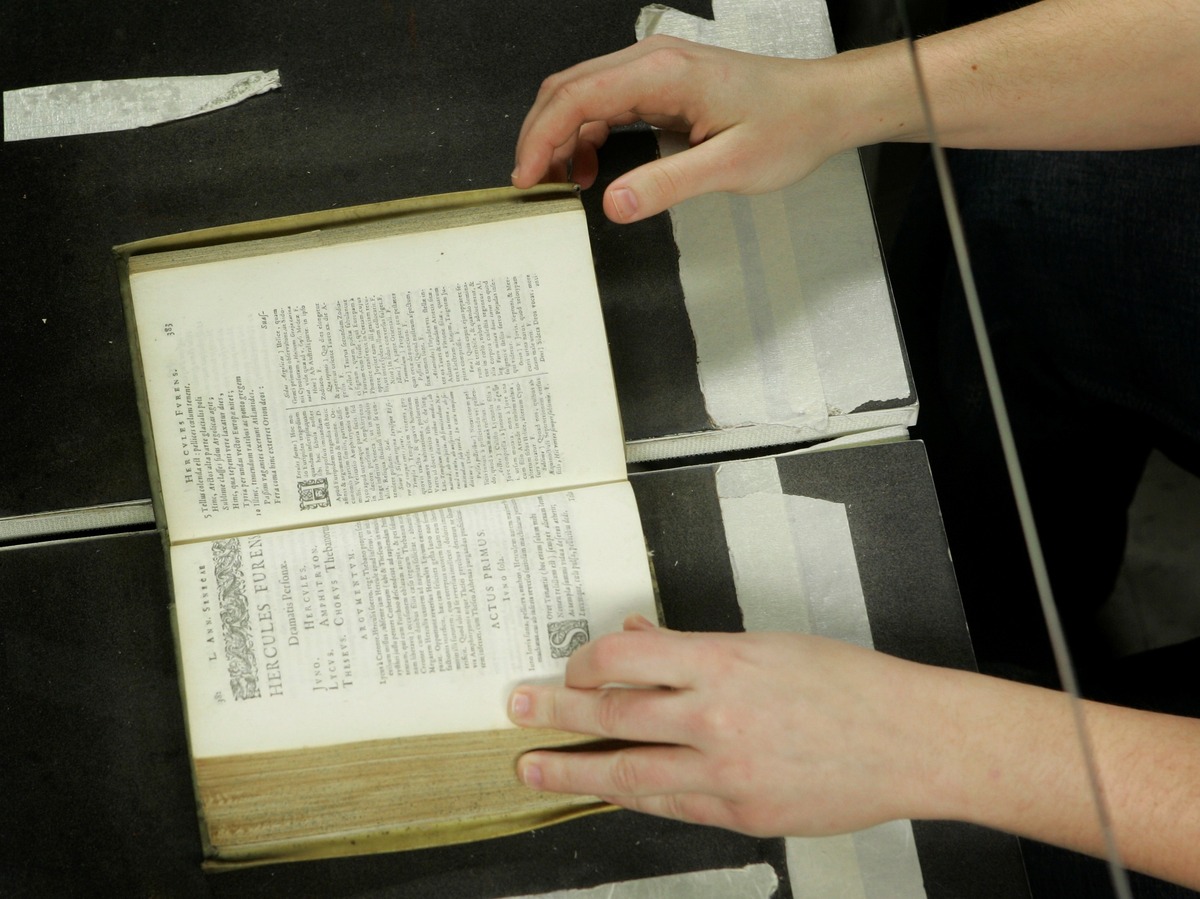 A librarian working with the Google Books project in Ann Arbor, Mich., helps a giant desktop machine scan a rare, centuries-old Bible in 2008.

A court ruling on Friday gave Google a new boost of confidence for its ambitious goal to digitize all the world's books. The ruling also gives us a new test of the idea of "fair use" of copyrighted content for the era, in which we increasingly expect to find everything online including the kitchen sink.

The project is massive: Google wants to scan every book that exists, all 129,864,880 of them by the company's own meticulous counting (as of 2010). Lots of libraries have gotten on board with the idea, contributing books for scanning. Google makes the books' texts searchable and reveals snippets of the contents alongside links to libraries or bookstores where hard copies can be acquired for further reading.

Not surprisingly, the books' authors and publishers haven't been so thrilled about Google Books and its handling of their works without permission. Though Google argues that its online library allows people to discover research and literary works they might not come across otherwise, the Authors Guild has fought the project in court, casting the library project as illegal.

The New Yorker magazine last month said Google has now scanned some 30 million volumes, but legal battles have left it in limbo.

The Authors Guild court case against Google has stretched for a decade, landing at an appeals court in New York, where a three-judge panel on Friday issued the latest opinion, starting it with this proclamation:

"This copyright dispute tests the boundaries of fair use."

The ruling proceeded to side with Google, however, saying that the way the Web giant handled the books was "highly transformative" and represented fair use of copyrighted materials.

All Tech looked at the "fair use" test on Tuesday in the context of Twitter removing sports media accounts after NFL and other organizations complained about GIFs of sports highlights violating their copyright of game broadcasts.

In Google's case, one key issue was whether Google Books cut into the authors' profits from their works. In 2010, The New York Times reported that the Justice Department even worried that Google would get a monopoly on millions of out-of-print books.

The appeals court on Friday ruled:

"The purpose of the copying is highly transformative, the public display of text is limited, and the revelations do not provide a significant market substitute for the protected aspects of the originals."