Accessibility links
NASA Uses Lessons From Space To Design An Efficient Building : All Tech Considered Named Sustainability Base, a NASA facility in California is a model for energy-efficient federal buildings. It's powered by a fuel cell like those used on spacecraft and recycles water for flushing. 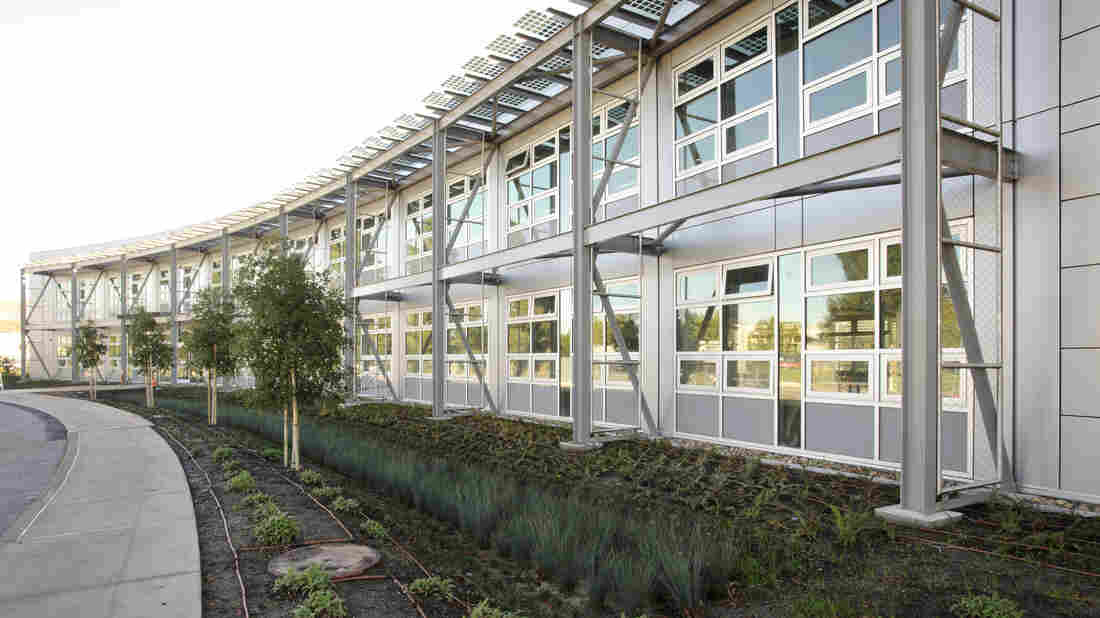 A building called Sustainability Base, at NASA's Ames Research Center in Mountain View, Calif., has an energy-efficient design that allows in sunlight. So for most of the year, the interior is illuminated by natural light. Dominic Hart/NASA hide caption 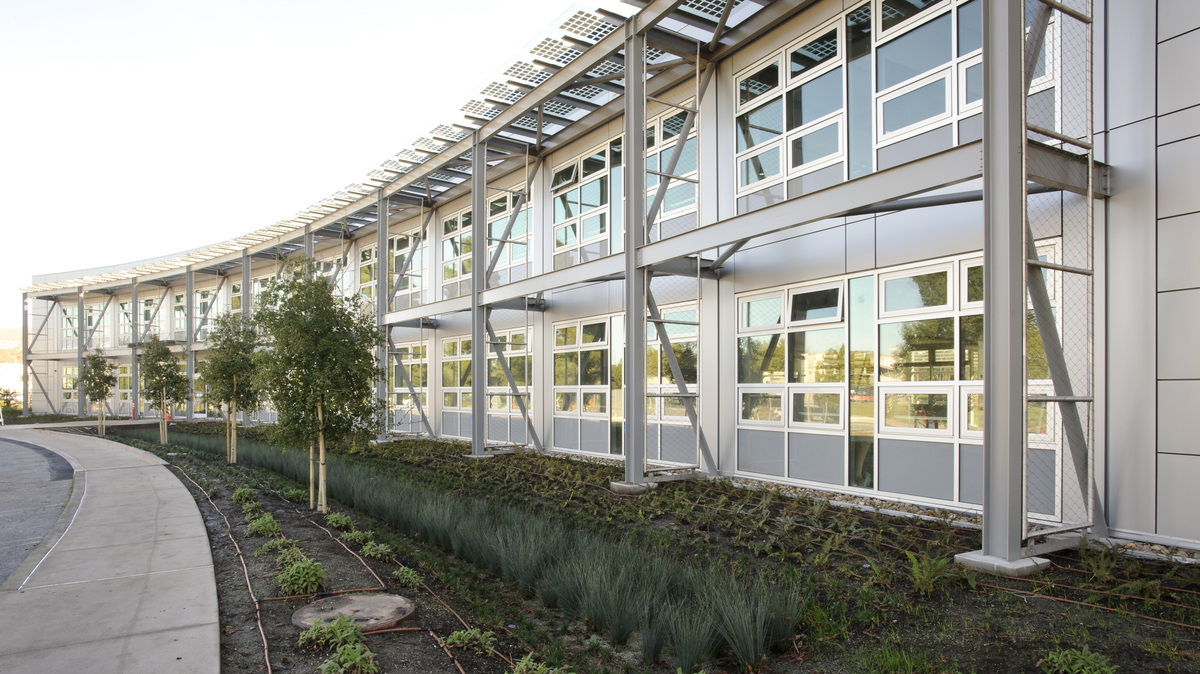 A building called Sustainability Base, at NASA's Ames Research Center in Mountain View, Calif., has an energy-efficient design that allows in sunlight. So for most of the year, the interior is illuminated by natural light.

There's a building in Mountain View, Calif., where energy-saving technologies of the future are being tried on for size.

Step inside, and the first thing you notice is the building is dead quiet: no noisy air whooshing through louvers.

That's because the building uses passive cooling instead of traditional air conditioning. Cool ground water passes through a system of small tubes running below the ceiling.

The electricity comes from solar panels on the roof and a fuel cell, an electricity generator NASA frequently uses in spacecraft.

This building is at NASA's Ames Research Center, and it's called Sustainability Base. As the name suggests, it's designed to minimize energy consumption and waste, and maximize recycling and reuse. The technologies being tried out should help reach a congressionally mandated target of reducing fossil-fuel-generated energy consumption in all new federal buildings to zero by 2030.

Sustainability Base almost didn't get built, at least not as a paragon of energy efficiency.

Steven Zornetzer, associate center director at Ames, first saw plans for the building when he happened into a design meeting in 2008.

"What I saw was something that was very disappointing," he says. "It was a very conventional building that could have been built in 1990, and here we are, NASA, in the heart Silicon Valley, in the 21st century."

So Zornetzer put those plans on hold.

Around that same time, Zornetzer went to a conference at NASA's Johnson Space Center where an architect named William McDonough was speaking. McDonough's talk was all about green buildings — buildings that don't just save energy and recycle, but reuse resources whenever possible. 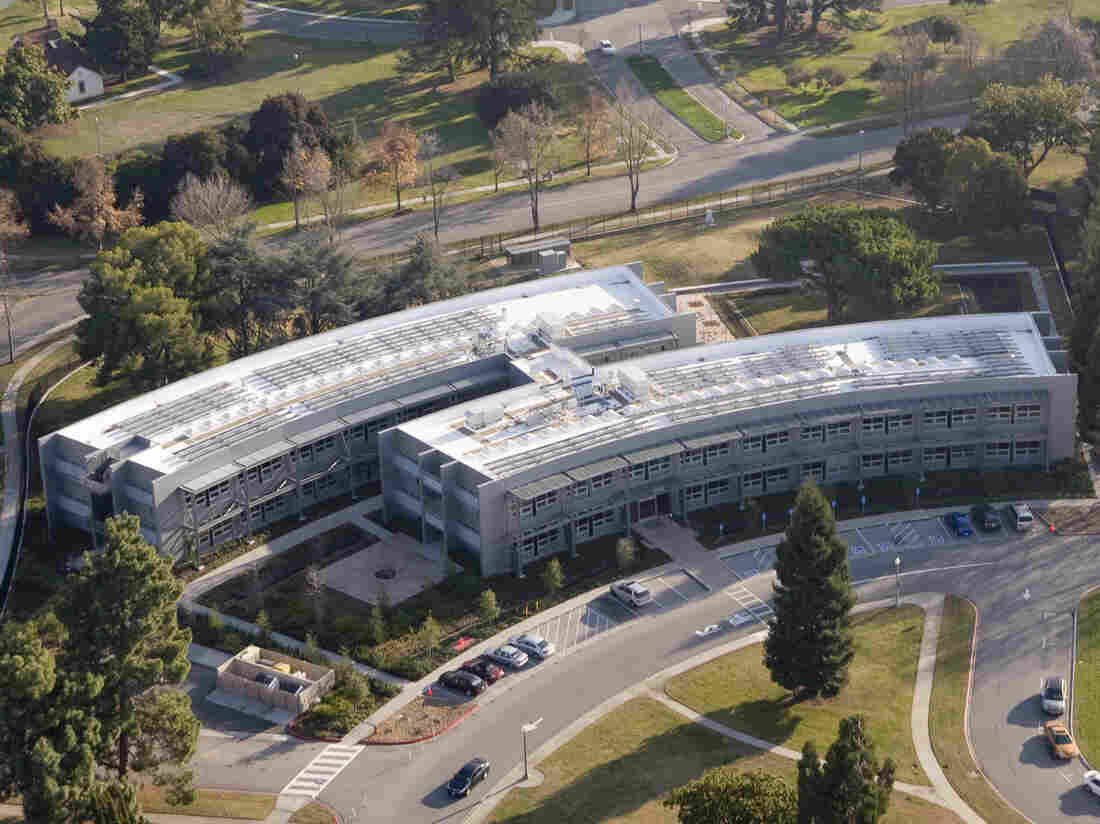 The electricity to power Sustainability Base comes from rooftop solar panels and a fuel cell like those that NASA frequently uses in spacecraft. Eric James/NASA hide caption 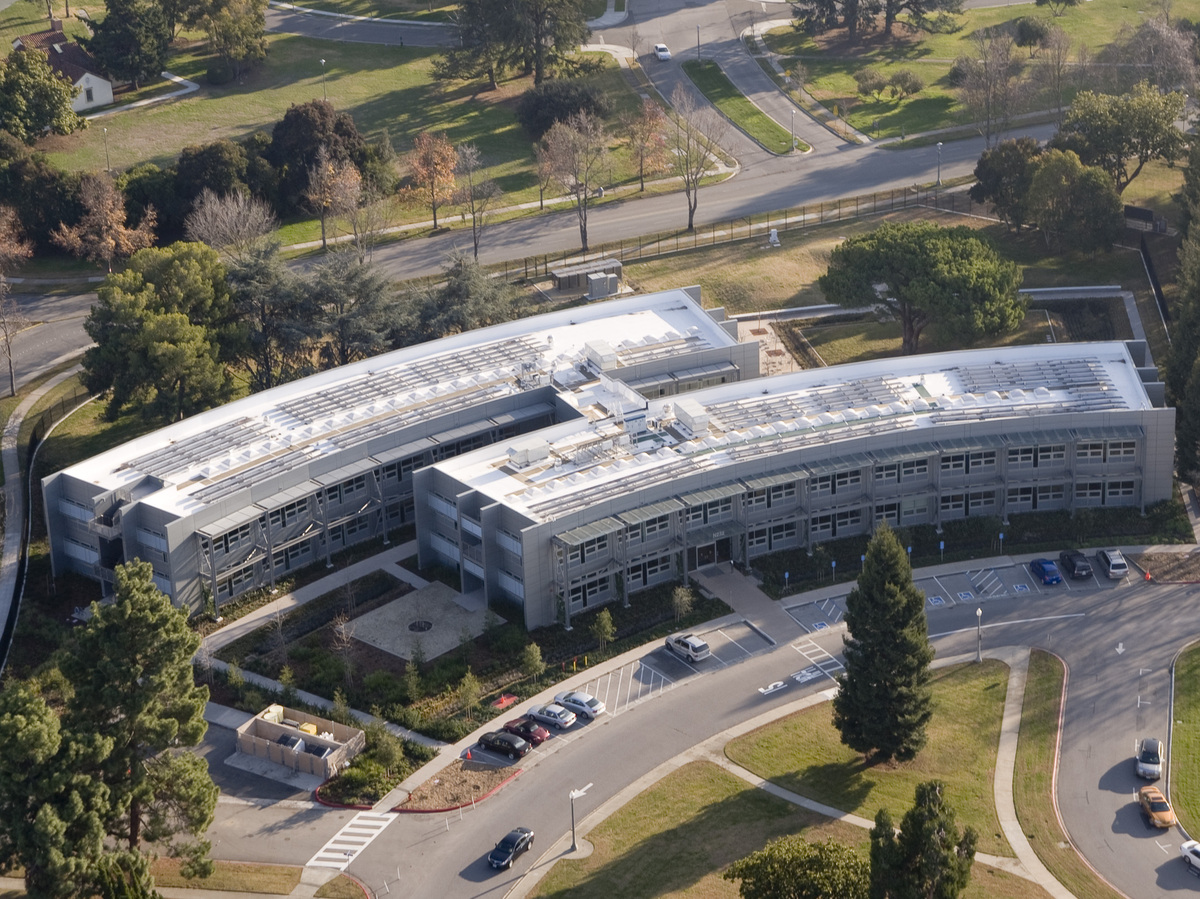 The electricity to power Sustainability Base comes from rooftop solar panels and a fuel cell like those that NASA frequently uses in spacecraft.

"I went up to him afterwards," recalls Zornetzer. "I said, 'You and I have to talk, because I want to build the greenest building in the federal government, and I need your help.' So we just found a small room right after his talk, and we spent two hours with scrap paper and napkins and coffee and we were just talking about how we might proceed."

Sustainability Base has been up and running for three years now. It looks unusual. There's an exterior steel skeleton. This not only protects the building from earthquake damage, but also allows in breezes that can cool the building on a hot day. It also allows in sunlight, so for most of the year, the interior is illuminated by natural light.

The electricity comes from solar panels on the roof and an electricity generator NASA frequently uses in spacecraft called a fuel cell.

"This is a net positive building, in the sense that we are always generating more energy than we are consuming," Zornetzer says. "And we put that extra energy into our local Ames grid, and help other buildings offset the energy they need to take from the grid."

There are several other Space Age innovations: reflective coatings on panels, computer control systems, and reusing water from toilets.

"Instead of flushing it down the sewer system, we collect that water from the building, we clean it up, and we put it back into the building to flush toilets and flush urinals," Zornetzer says.

He says he's hoping Sustainability Base will be the first of a new kind of building, one that can learn to improve its energy as it operates. He likens the process to the way neural networks work, something he used to study during his days as a neurobiologist.

That concept appeals to Kevin Kampschroer, chief sustainability officer for the General Services Administration. GSA is the federal agency charged with looking after the buildings the governments owns or is leasing.

He says Sustainability Base showed that thinking about energy usage when designing a building is key to making savings. And that thinking has to extend beyond mechanical systems.

"Because it's not just technology, it's really about understanding how human behavior intersects with building behavior," says Kampschroer, and then modifying the building so it works best for the people in it while still saving energy.

To do that Kampschroer says new buildings will be filled with sensors that detect things like when someone opens a window on a boiling hot day.

"It's the ability to know what's going on in the building, and adjust," he says.

Kampschroer says lessons learned from Sustainability Base will help achieve the 2030 goal of reducing fossil-fuel generated energy to zero.