Accessibility links
Help A Blind Person Identify Everyday Things, Via Smartphone App : All Tech Considered A new app called Be My Eyes pairs blind people with sighted volunteers who help them with daily tasks that require vision, at home and outside. It's part of a new "micro-volunteering" trend online. 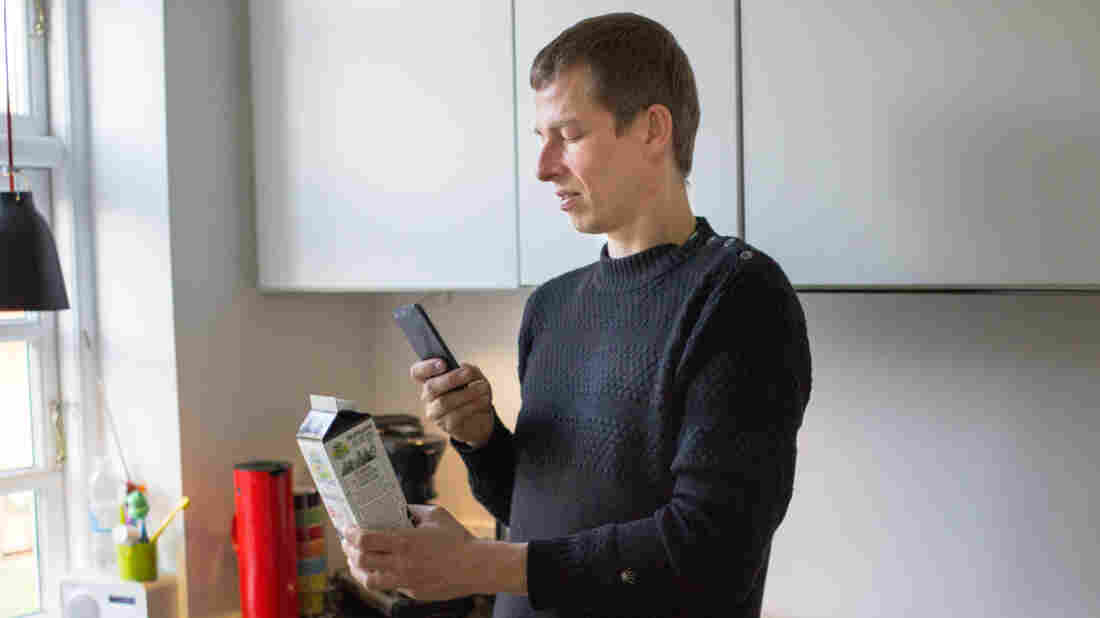 Be My Eyes pairs blind people with sighted volunteers who help them identify objects using a smartphone app and camera. Be My Eyes hide caption

toggle caption
Be My Eyes 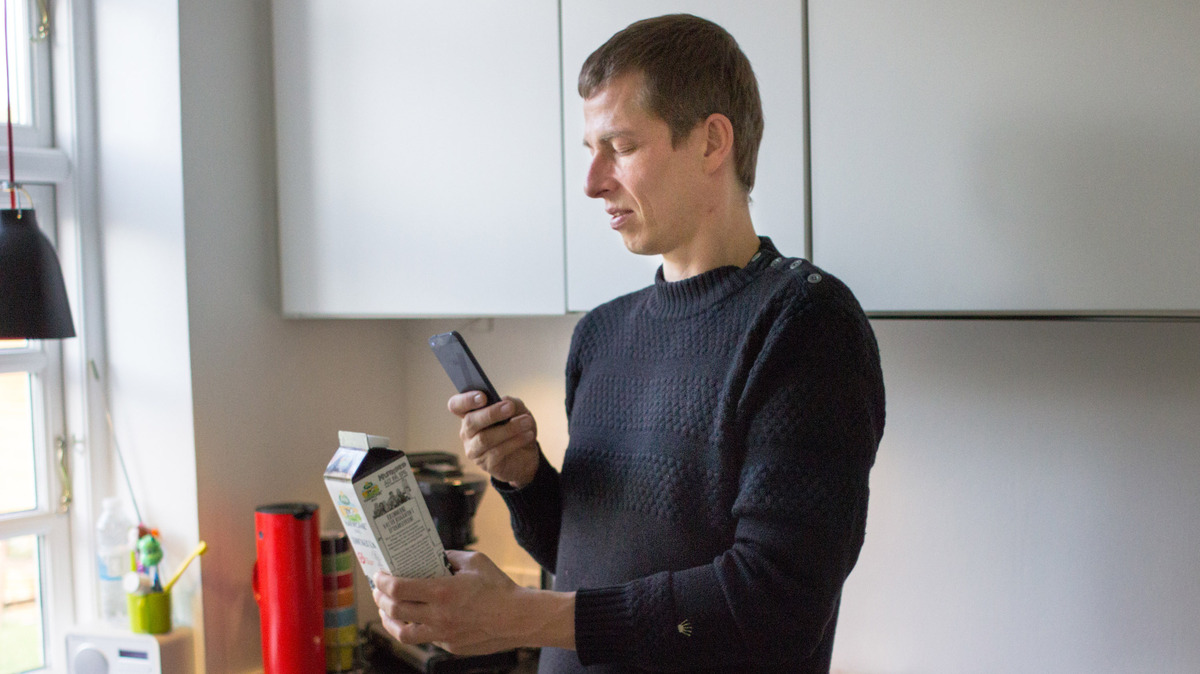 Be My Eyes pairs blind people with sighted volunteers who help them identify objects using a smartphone app and camera.

The camera on your smartphone is powerful. You use it to record your baby's first steps. Take a panorama shot or selfies at the Taj Mahal. Every day, we're finding new uses.

And recently, a startup in Silicon Valley realized: That camera on the phone could be used by people who are blind, to get help seeing remotely. The company Be My Eyes has created a novel kind of volunteer opportunity on the Internet.

I'm in the home of Lisa Maria Martinez. She's got a little bit of vision, but grew up reading braille. "Print is not my forte," she says.

That makes it very hard to read labels — especially those fancy fonts on food packaging. Martinez wants to make spaghetti before her husband and kids get home. "I'm cheating and I'm going to use a pre-made sauce," she says.

It's a weekday. Time for shortcuts.

Martinez already has the key ingredients on the table. I ask her what she's laid out, to which she responds, chuckling, "I don't know."

And that is the task at hand: to sort out what's inside the jars she's pulled from her pantry. She's going to use an app on her iPhone called Be My Eyes.

She taps the icon to launch. You could also launch it using a voice command.

Be My Eyes is a pretty simple concept: The person who's blind connects to people with sight, points the smartphone camera at things and gets help seeing what they are. The app rings — a monotonous, droning ring — until both sides are connected.

On our first call, we get connected to volunteer Kayley Bennett. They say hi and Martinez points her phone at a can. Bennett reads the label. "They are chili beans."

Next jar: "That's some pesto."

And finally: "That is parmesan, asiago, romano sauce."

It's a three-cheese sauce, which Martinez decides she's going to use.

That said, people from all corners of the world respond. Bennett, for example, is on vacation in Exmouth, in Western Australia.

Bennett is from that continent and she happens to have an Internet connection strong enough to stream video chat. This is an unconventional volunteer setup.

I ask her why she's volunteering now. "Well, they just call you whenever," she says.

Be My Eyes isn't just a way to help the blind. It's an experiment in online engagement. To date, the main way you can do good on the Internet is by signing a petition or donating money. Here, you can hop on a quick call to action and clock in some micro-volunteering.

"You have a chance just to step in or step out of your everyday life just for a brief moment and then do something good within a couple of minutes," says CEO Christian Erfurt. "I think that's very appealing for people."

The numbers suggest he's right. The startup (which, Erfurt says, has spent zero money on marketing) has more than 24,000 blind users registered and 300,000 volunteers.

The company has seen a couple dozen cases of abuse, "mostly prank calls from teenage boys pretending to be blind," Erfurt says.

But mostly, people are just trying to help. And to be a truly on-demand service, they need more volunteers. Though one should not volunteer at any expense.

Back in Lisa Maria Martinez's home, we get connected to Bua Bondkotmanee, a student who's never done community service. She says this is her very first time. The app popped up in her Facebook stream. She decided to download it and try it out instead of playing Candy Crush.

She helps Martinez sort through the colors of some yarn, for knitting.

"This one has many colors," Bondkotmanee says. "Pink, yellow, blue and white."

When they're done going through a few other ones, I ask Bondkotmanee where she is currently, by which I mean: what country. (She has a foreign accent.) But Martinez and I get a much more specific answer.

That's right. She's in Thailand, and in a car. Not only that, she doesn't mean in the backseat. She's in the driver's seat.

It's a very awkward situation. Asked why she's on the app at the same time, Bondkotmanee says, "I want to help you."

While this is very sweet and bizarrely global — the last thing the world needs is a headline about an altruistic young woman in Thailand who crashed her car while helping a blind lady in California see.

Wherever you are, if you're going to try Be My Eyes, please do it safely.