Accessibility links
An Odd, Uplifting 'Alien': Meet The Man Behind A 'Weird Twitter' Star : All Tech Considered Jonathan Sun, MIT student: "I thought it would be interesting to look at the world as an outsider." Jonnysun, Twitter celebrity: "*pets a skeleton* u used to b a baby" 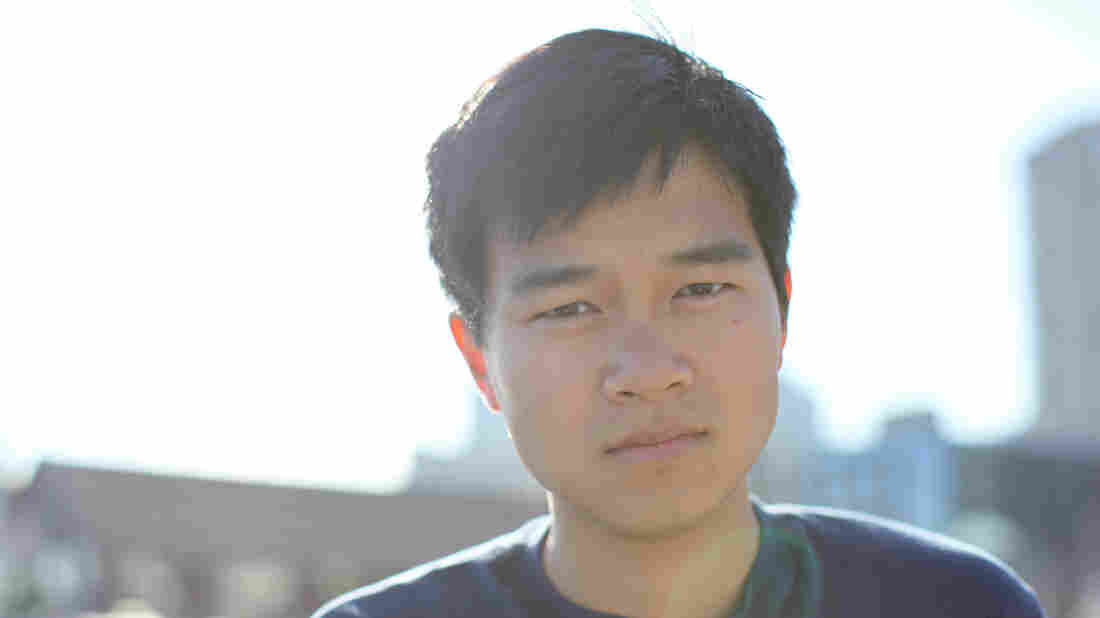 In real life, Jonathan Sun is a Ph.D. candidate at MIT in the Department of Urban Studies + Planning. On Twitter, he's an alien who struggles with spelling and is baffled by human culture. Courtesy of Jonathan Sun hide caption 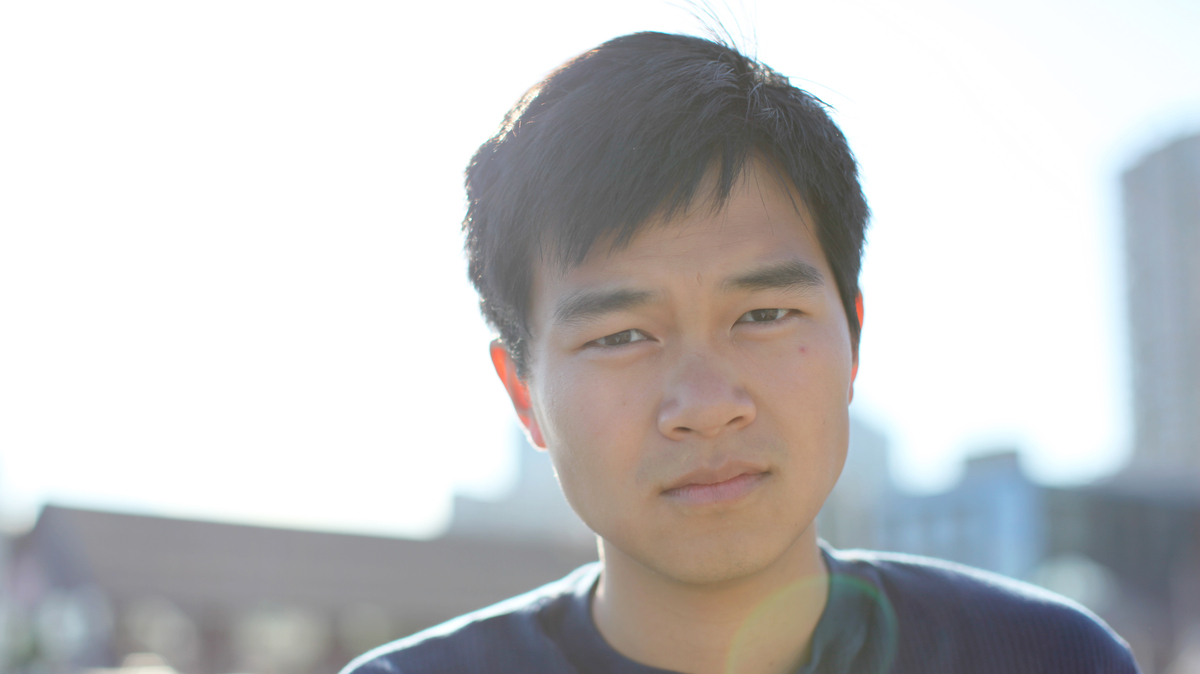 In real life, Jonathan Sun is a Ph.D. candidate at MIT in the Department of Urban Studies + Planning. On Twitter, he's an alien who struggles with spelling and is baffled by human culture.

Jonathan Sun is a Ph.D. candidate at MIT. He's a playwright, an artist, an architect, an engineer and a designer. It probably goes without saying that he knows how to spell.

on earth: a magiciam puts his hand in his hat

in the rabbit realm: The Hand emerges. it is time. the rabit council must chose a sacrifice

"Jonnysun" is an icon of "weird Twitter," an absurd-comedy subculture on the social networking platform.

Sun's alter ego mostly writes tweets that are haphazard and misspelled — but still manage to say something. Sometimes his jokes are just silly; others are downright profound. Many are both.

*pets a skeleton* u used to b a baby

And absurdity aside, with more than 120,000 followers — and the knowledge that his tweets can reach hundreds of thousands more — Sun takes his audience seriously.

"I think anybody with that kind of means of getting an idea out has some sort of social responsibility," he tells NPR's Scott Simon.

On his character "Jonnysun"

He — I guess he, it — is an alien. But this character kind of emerged just through writing on Twitter and writing jokes on Twitter and playing with the idea of misspellings, so I guess from the alien's side, I thought it would be interesting to look at the world as an outsider, to kind of use that naive viewpoint and this idea of curiosity and learning about the planet that we live on.

On one of his most popular tweets:

look. life is bad. evryones sad. we're all gona die. but i alredy bought this inflatable boumcy castle so r u gona take ur shoes off or wat

I think it kind of speaks to the attitude of the world today, of, especially on Twitter, where information moves so fast — and on Twitter, the reason why people share things are either the information is incredibly positive or incredibly negative. So we see this crazy bias of news and information, and with the inflatable bouncy castle, I think it's successful because it's this specific moment of happiness — it has this overwhelming positive effect.

On a tweet he sent out after the San Bernardino shootings:

[year 2030]
SON: dad what were mass shootings like before i was born
ME: well it may be hard to imagine but on some days they didnt happen

I just felt, I think, as a person, personally, I was so upset and overwhelmed by these events that I needed some sort of outlet to express myself, or to talk about it, to just get my worries out there.

On whether he feels obliged to tweet as jonnysun daily

For me, it started as this exercise just to keep, I guess, the comedic side of my brain active. So I originally started, and I still am following... a regimen of trying to force myself to write one joke a day.

For me, it's a discipline thing, where if I can keep this up, I can keep thinking as a comedy writer, or a comedian, and kind of keep that part of my brain sharp while I'm doing research and school.