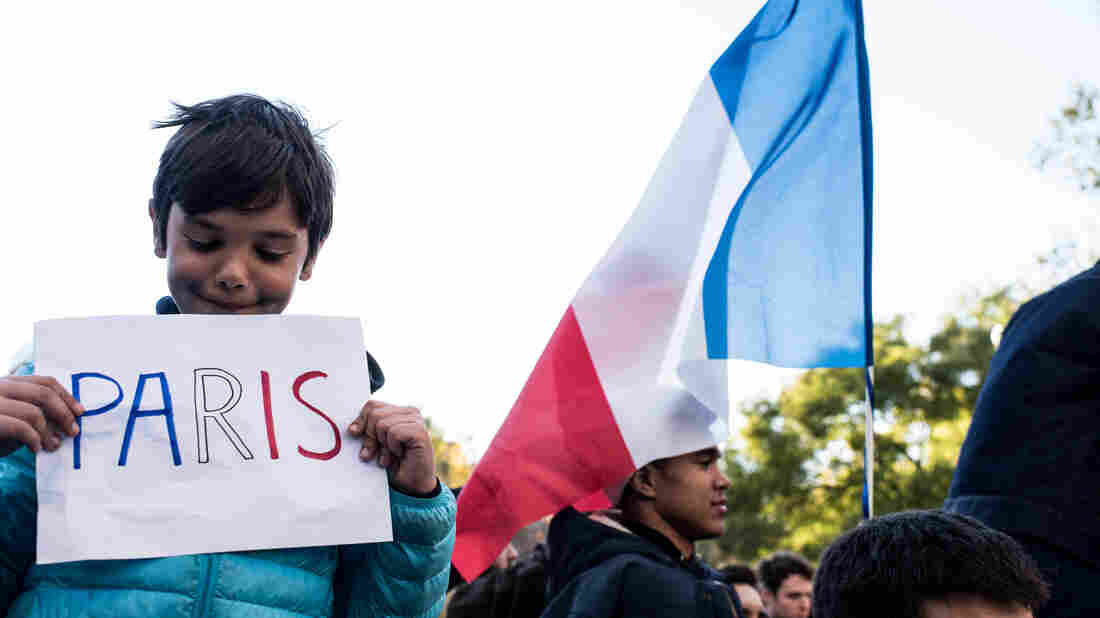 People hold signs and flags while attending a vigil held for the victims of the Paris terror attacks in Washington Square Park on November 14, 2015, in New York City. Searches related to the deadly attacks in Paris were among the most popular Google queries of the year. Andrew Renneisen/Getty Images hide caption 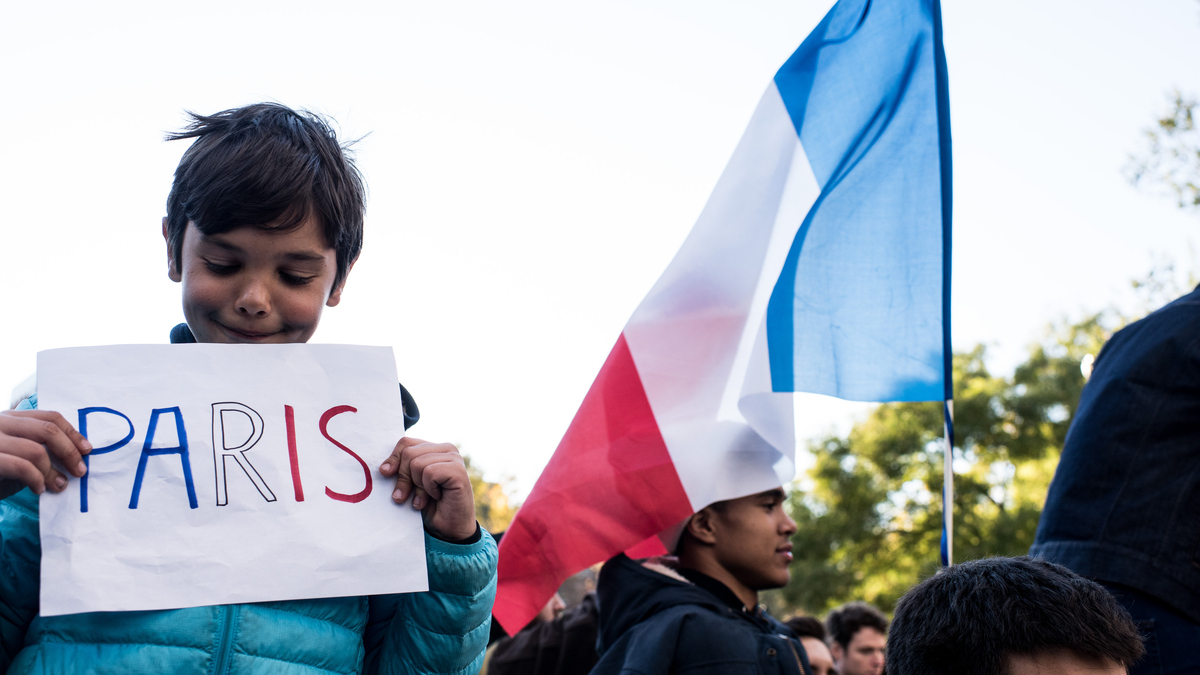 People hold signs and flags while attending a vigil held for the victims of the Paris terror attacks in Washington Square Park on November 14, 2015, in New York City. Searches related to the deadly attacks in Paris were among the most popular Google queries of the year.

If you typed "Lamar Odom" into the Google search bar this year, you're certainly not alone.

The former NBA player and reality TV star was the most popular search item of the year, Google says.

Each year the search engine looks back at our online queries and complies a list of the top searches. Also ranking high in 2015: Caitlyn Jenner, the Paris attacks, Jurassic World and that controversy-inspiring dress (white and gold, or black and blue?).

Simon Rogers is the data editor at Google News Lab, which put together all of this information. He tell's NPR's Rachel Martin that one key takeaway of this year's list is that people around the world are curious about more than entertainment and sports.

On the big trends in search this year

It's been a really interesting year, because normally you might expect that the big searches are going to be ... the fluffier end of the news cycle, entertainment or sports or whatever.

What we've seen are real hard news stories, coming top in a lot of the kind of categories.

But actually what we've seen are real hard news stories, coming top in a lot of the kind of categories that we've been looking at this year. There were nearly a billion searches around the Paris attacks in the days around those events.

And those huge news stories like the refugee crisis, and even the Chinese stock market crashing — all those stories have really generated a lot of search interest over the year, as well as Jurassic World or Caitlyn Jenner or Lamar Odom.

On what the search results reveal about how news travels

The first attacks were around 18 minutes past 9 [p.m.], Paris time. And within a few moments of that, as news starts to spread on social media, people started searching for it as well, and you can really see within minutes people are searching — Berlin, London, even in New York. Within about 10 minutes of those events happening, people have started to search in New York.

From 2014: We Are What We Google: How Search Terms Reflect Our Wealth

We Are What We Google: How Search Terms Reflect Our Wealth

So it's an interesting glimpse: before there's a proper news report out there, before people really know what's going on, they're desperate to find out that information. ...

There's a kind of honesty to the way we search. Because you're not publicly stating something. You're saying, I want to find out more about this. I think that can cover anything from trying to find out how tall a political candidate is — and if you look at the searches around political candidates this year, it's amazing how many of them are for how tall one candidate is compared to another — but but it's also around serious events.

For me, the results of this analysis were kind of reassuring in a way — you know, I like Star Wars. I'm really looking forward to seeing it — haven't yet, please no spoilers. But the fact that there are more searches for the Paris attacks is reassuring to me. We really care about things that matter, and that shows. But we also care about, you know, this great eclectic mix of things that are all part of our lives as well.