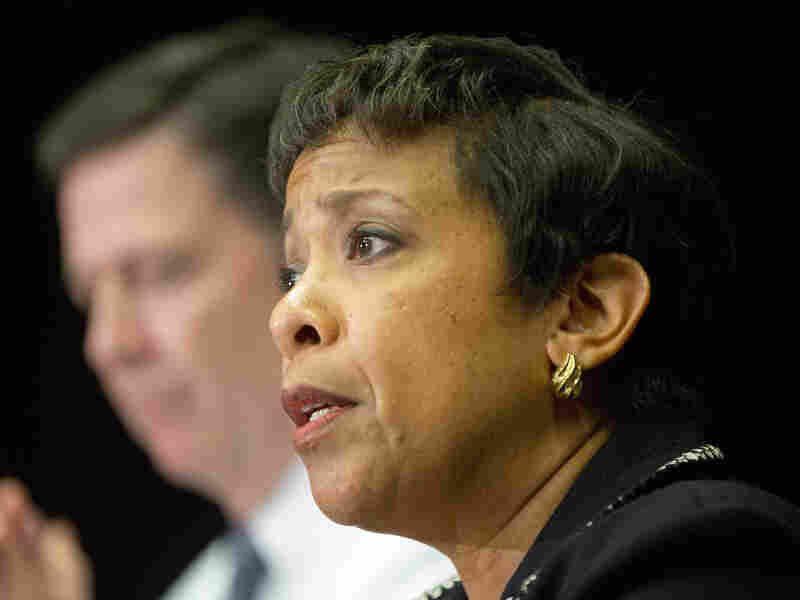 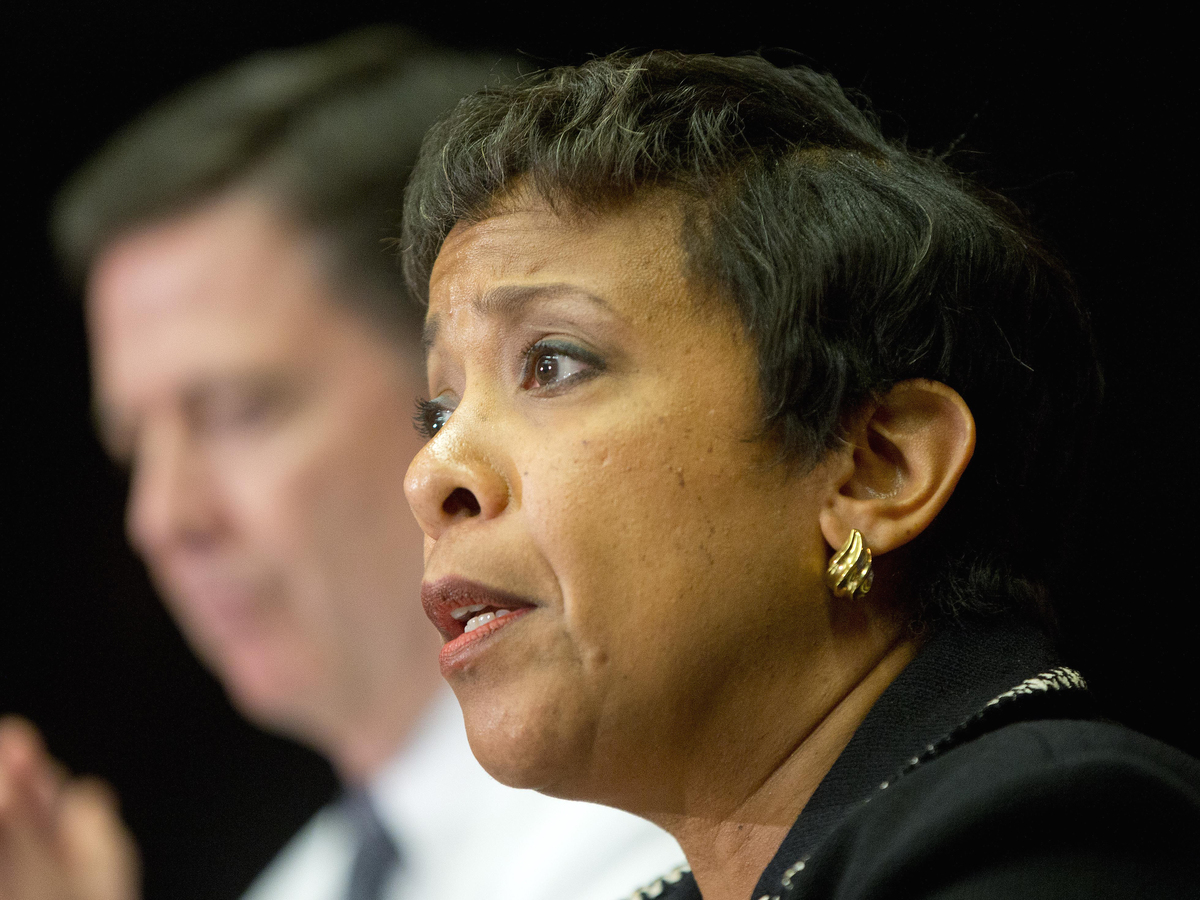 Top law enforcement and intelligence officials were in Silicon Valley on Friday to meet top brass at tech companies. The topic: counterterrorism. The government wants the biggest Internet brands to weed out ISIS recruitment online, and even help run advertising campaigns against ISIS.

The meeting came as the Obama administration announced the creation of a task force of federal agencies to counter violent extremism.

Media were not invited to the Silicon Valley meeting. NPR talked with spokespeople from several companies who were attending, and got a copy of the email invite. It's a powerhouse list: White House Chief of Staff Denis McDonough, Attorney General Loretta Lynch, FBI Director James Comey and National Intelligence Director James Clapper.

Apple CEO Tim Cook was there. Google, Facebook, Twitter and Yahoo were among the other companies that confirmed attendance.

The word "encryption" is mentioned in the invite. But companies who'd be very relevant to that conversation, like Cisco, were not invited. White House spokesman Josh Earnest said encryption was likely to come up at the meeting, but he described it as a "thornier" issue.

The agenda appeared to focus on social media. Specifically: how content that has terrorist overtones can be taken off the Internet; and how Silicon Valley can be agents of the state, if you will, to use its creativity and tech prowess to come up with media campaigns against ISIS.

A spokesperson from one company at the meeting, who didn't want to be identified because of the sensitivity of the issues involved, said it's almost as if the administration wants a Madison Avenue ad campaign, only coming from tech geeks. Another criticized the event as a "bait and switch." Companies were told, more or less: "Hey, the government wants to brainstorm with the very best engineers about how technology can help fight terrorism," the second source said. It was similar in tone to the White House's call for tech support after the massive failure of Healthcare.gov.

But as the planning for Friday's meeting evolved, so did the tone. And in the 11th hour, companies fought to bring their lawyers, because it's clearly not just a technical conversation.

It can also be points of view or endorsements. If a person tweets in agreement with a sheikh who has called for violence but the tweet is not explicitly making such a call, should it be deleted or flagged? You can see where the lines get blurry on free speech.

Reports of the meeting with tech leaders leaked Thursday. While the timing may seem abrupt, the meeting was the follow up to one speech by President Obama, and the prelude to another.

In early December, in response to the San Bernardino killings, Obama urged the tech sector to step up, "make it harder for terrorists to use technology to escape from justice." And of course next Tuesday, he delivers his final State of the Union address.

Meanwhile in Congress, a Republican and Democrat have tag-teamed to ask for more too, calling for a new national commission on security and technology. Rep Michael McCaul, R-Texas, and Sen. Mark Warner, D-Va., don't specify what exactly that commission would do, but they describe the challenge in recent Washington Post op-ed:

"The same tools that terrorists and criminals are using to hide their nefarious activities are those that everyday Americans rely on to safely shop online, communicate with friends and family, and run their businesses."

The president needs to say something, and Friday's gathering was designed to consolidate ideas.