Accessibility links
Self-Driving Cars Are Coming, But Are We Ready For Them? : All Tech Considered Automakers and tech companies are racing to develop them. But is the public ready to give up control of their cars? The University of Michigan's Transportation Research Institute has been evaluating. 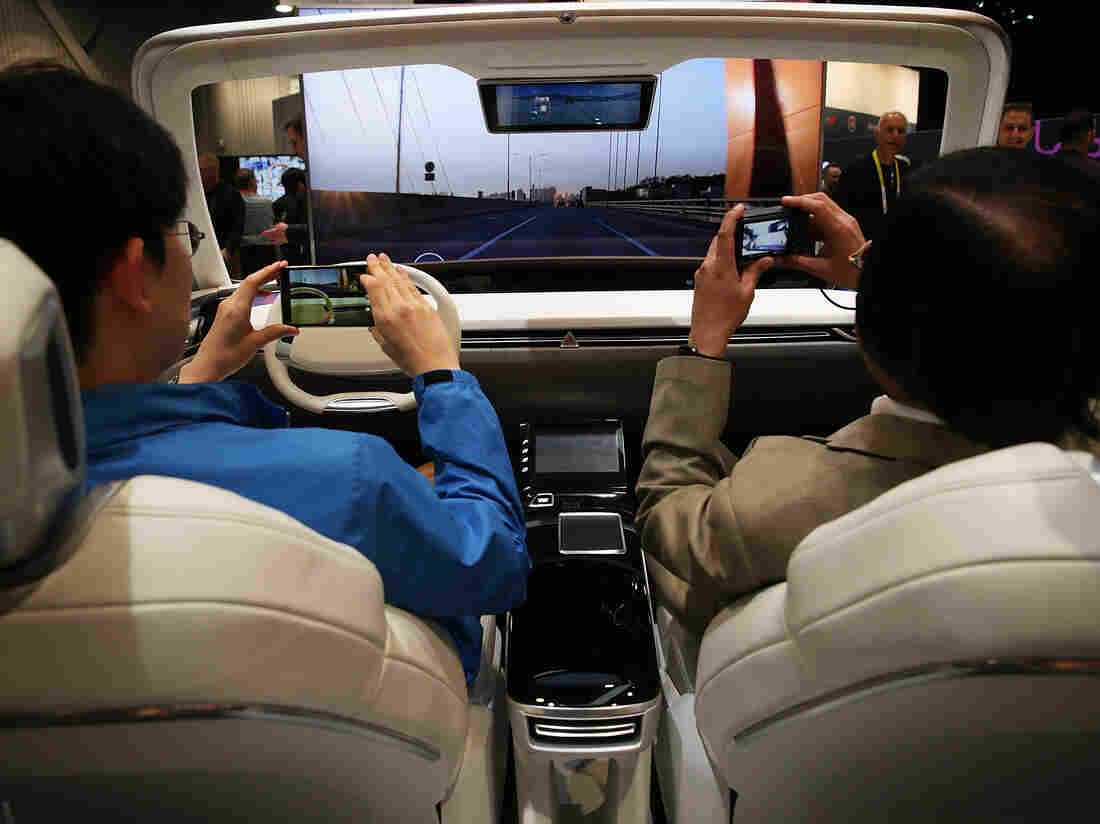 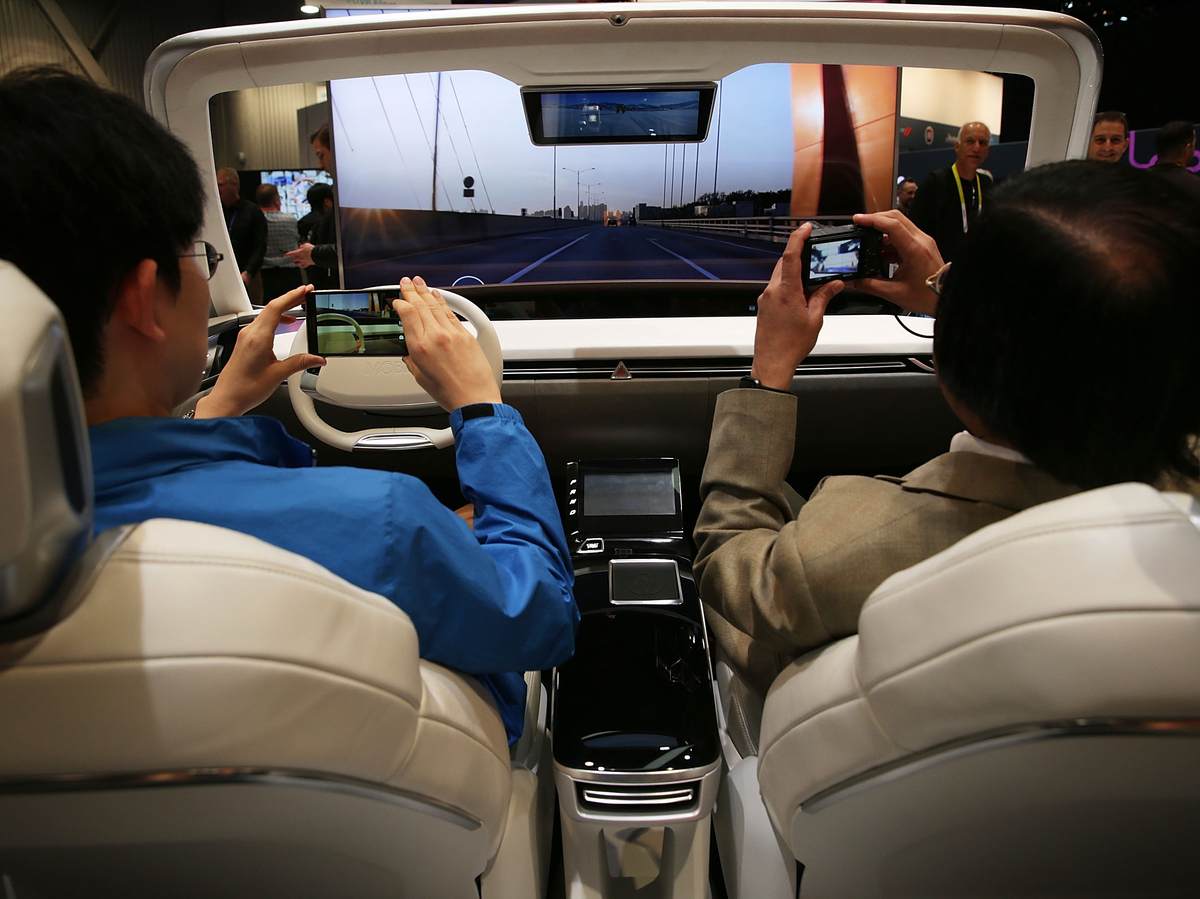 Our cars are getting smarter and smarter: They may help you park or switch lanes, dictate directions if you need them, link up with your phone to play your calls and music or make sure you stop before it's too late.

As NPR's Sonari Glinton has reported, an average car already has millions of lines of code, and some recent research has shown that the technological offerings are the deciding factors in new car purchases. A new study by Autotrader found that 70 percent of shoppers preferred vehicles with autonomous features like park assist, collision avoidance and automatic braking.

This is a big shift in the industry and both the automakers and technology companies are racing to cash in. Companies like Google, Uber, Tesla, Ford, Lyft, Toyota, BMW and General Motors are striking partnerships and making plans to equip our cars with more autonomous features on the way toward a fully self-driving vehicle. Regulators are trying to stay abreast.

But what does the public think about autonomous cars? The University of Michigan's Transportation Research Institute has been looking into this. In mid-2014, researchers there conducted a survey of public opinions in the United States, the United Kingdom and Australia.

Project manager Brandon Schoettle spoke to NPR's Ari Shapiro about the mixed messages that the public has been sending about self-driving cars.

You can listen to the audio above, and here are a few additional excerpts from their conversation.

On whether people want to own a self-driving car

We often get back a bit of a mixed message. In general, people are concerned about riding in these types of vehicles, but at the same time, they're also very interested in riding in and possibly owning one of these vehicles. As much as they have concerns, there's an interest there.

On details of his survey findings

On the biggest concerns that people have

Of course, they're concerned that the vehicle might not do as good a job of driving as your average human driver, for example that it might get confused in situations where a human driver might figure things out a little more easily. They're also concerned about giving up control, every time you have to completely relinquish control to something like a self-driving vehicle, it's something that people aren't always that keen to do. And of course, you have some of the hard-core people who just simply like driving, has nothing to do whether or not the vehicle will drive better. They simply like driving their car and don't want a computer doing it for them.

It's a matter of taking small steps and slowly proving what these vehicles can do, slowly introducing them to the public and giving the public a chance to not launch right into full-blown use of these vehicles but slowly see what they're capable of.