Accessibility links
Batteries With A Less Fiery Future : All Tech Considered Overheated lithium-ion batteries have been a problem for airplanes, cars and even "hoverboards." A chemical engineer at Stanford University thinks she has a solution to the problem.

Lithium-ion batteries are extremely popular because they are lightweight and pack a lot of power.

But when they overheat, they can catch fire. This has been a problem in airplanes, cars and now the popular gift item, "hoverboards." The Consumer Product Safety Commission says it's investigating 37 reports of fires associated with hoverboards.

Why Are 'Hoverboards' Literally Catching Fire?

Powerful But Fragile: The Challenge Of Lithium Batteries

Stanford University chemical engineer Zhenan Bao says she and her colleagues think they have "a very simple solution" that can prevent the catastrophic failure of batteries.

Batteries are essentially a sandwich: two electrodes with a substance called an electrolyte sandwiched between them. A chemical reaction inside the battery causes electrons to collect at one electrode. When you attach an electrical device to the battery, the electrons produce a current that powers the device.

Bao developed a plastic sheet that can be placed between an electrode and the electrolyte like a slice of cheese on a sandwich.

"Looks just like a normal plastic bag, but it's black in color," Bao says.

There are carbon-coated nanoparticles of nickel embedded in Bao's plastic sheet that allow the plastic to conduct electricity. 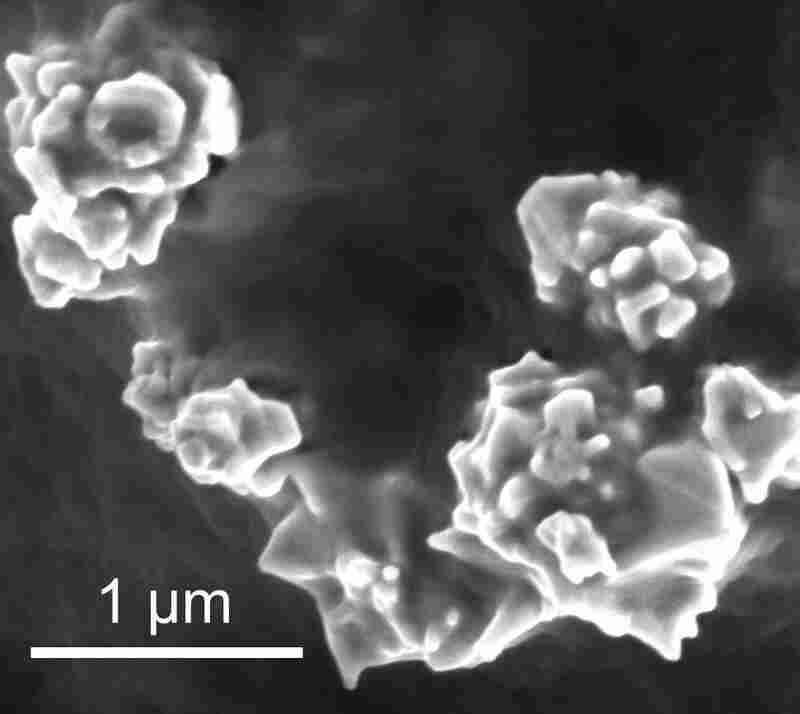 The microstructure of the plastic sheet where the spiky nanoparticles of nickel can be observed. Zheng Chen/Courtesy of Zhenan Bao hide caption 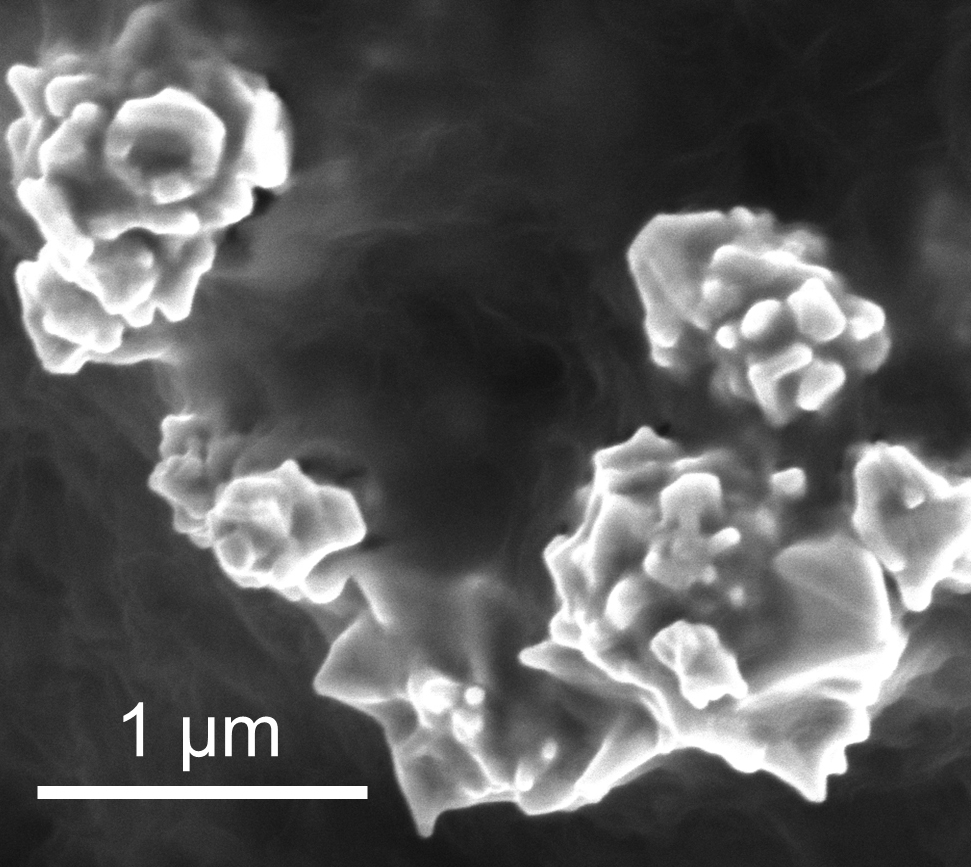 The microstructure of the plastic sheet where the spiky nanoparticles of nickel can be observed.

But the plastic has a remarkable property: It expands when it heats up, and when it expands, the carbon-coated nickel nanoparticles in the plastic are pulled apart so they can no longer conduct electricity.

If the battery starts to overheat, "the plastic will sense the temperature rise and basically stops the battery from operating," Bao says. Once the battery shuts off, it cools down all by itself.

Bao describes her research in the journal Nature Energy. Bao says others have tried similar approaches, but she says the plastic film she and her colleagues developed reacts more quickly than other plastics.

Another feature of her plastic sheet is that when it cools down, the battery that shuts off can conduct electricity and start operating again. Of course, a battery with a tendency to overheat is probably a battery that you want to recycle.

It's unclear when products with these batteries will be on the market — Bao and her colleagues' research is merely a laboratory demonstration. Whether manufacturers will adopt the technology for their products is another question.