Accessibility links
Get A Grip On Your Information Overload With 'Infomagical' : All Tech Considered Ever feel like you can't handle all the information pouring toward you from all the screens? But you keep reading and watching anyway? This five-day experiment from WNYC may just be for you. 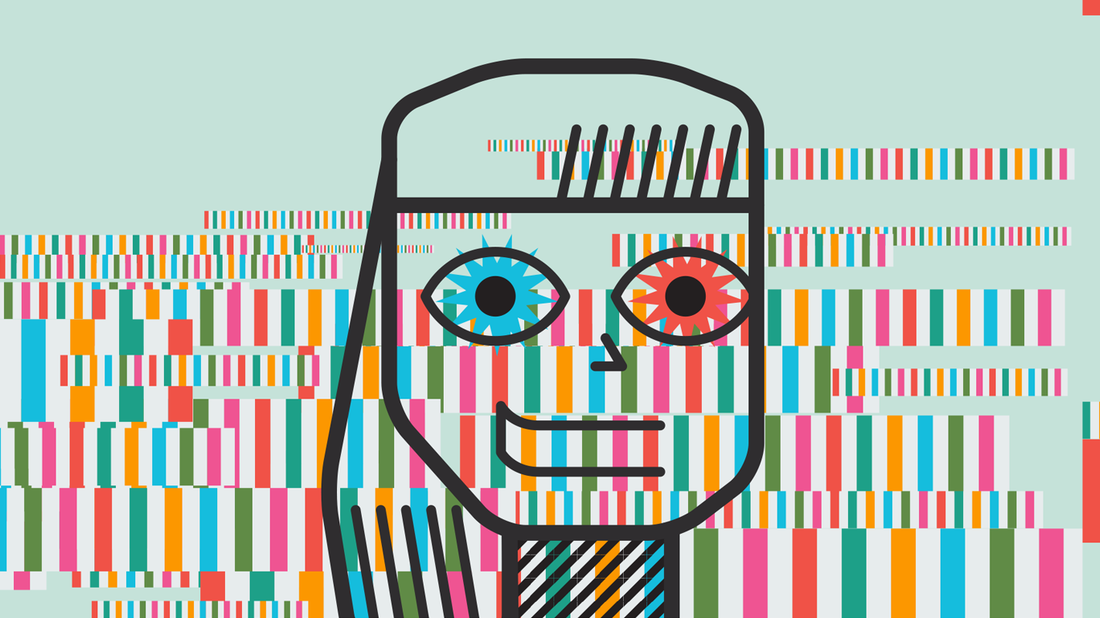 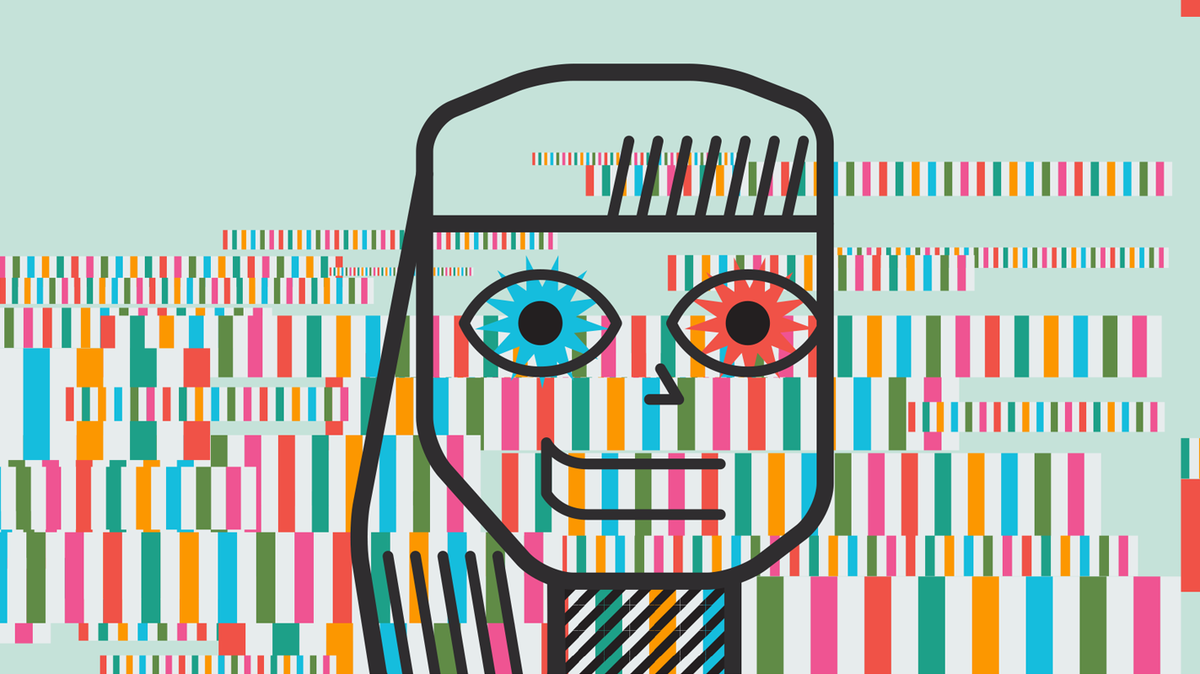 This is a guest post from WNYC's Note to Self podcast, which explores effects of technology on our lives. Its "Infomagical" challenge will launch on Feb. 1, and you can sign up on the WNYC website.

Ever feel like you can't handle all the information pouring out from all the screens? But you keep reading and watching anyway? This five-day experiment from WNYC may just be for you.

You probably know what "infomania" feels like. The problem grows in step with the number of gadgets we use and the number of publishers pushing content onto them. By now there is even an official definition in the Oxford English dictionary: It's "the compulsive desire to check or accumulate news and information."

Information Overload And The Tricky Art Of Single-Tasking

That said, we still don't know exactly where infomania comes from or what we can do about it. And — ironically — sifting through the theories, anecdotes and think pieces about our digital stressors usually just makes us feel more overwhelmed.

We at WNYC's Note to Self podcast decided to see if it's even possible to get a grip on the phenomenon of information overload. Working with neuroscientists, behavioral engineers and social psychologists we have developed a weeklong, interactive project we're calling "Infomagical." These are the key highlights of what we've found.

Dimitrios Tsivrikos, consumer psychologist at the University College London, confirms that it is not, in fact, possible to process more than a certain amount of information in a day. And he has a term for the people who try: "digital junkies."

Businesses talk about the phenomenon in terms of "cutting through the noise." New York University's Clay Shirky famously named it "filter failure." Note to Self listener Gena Conn calls it "FOMO tailspin."

2. The concept of "information overload" itself isn't new, but the scope is.

Scholars, clerics and academics from as far back as the 13th century often complained about having an overwhelming wealth of things to read. New printing technologies brought ancient Greek texts to the Christian West for the first time — a phenomenon that was terribly exciting, but, in historian Ann Blair's words, marked "a first moment of overload."

"One of the big differences between now and then ... is that everybody today perceives and articulates this sense of overload. Whereas in the 16th century it's mainly the educated who will, sometimes not necessarily in Latin, but in Italian or French, will talk about the abundance of books, the 'multitudo librorum.' "

As you might imagine, the problem has grown since the time of the early printing press. In 2011, scientists figured out that Americans take in five times as much information every day as they did in 1986. As of 2011, the majority of Americans were absorbing the equivalent of 174 newspapers every single day. Every day, the average adult consumes 15.5 hours' — 15.5 hours'! — worth of media.

And it's starting to cost us as a society. American knowledge workers — people whose jobs involve dealing with information — waste a quarter of their time dealing with huge data streams, costing the economy $997 billion annually, according to The Information Overload Research Group.

3. Information overload makes us stressed out, but we don't stop.

In a survey of 1,800 Note to Self listeners earlier this month, nearly 80 percent of respondents told us that sometimes they get headaches, insomnia or eye twitches as a result of information overload — but they still continue consuming more.

Gloria Mark, informatics professor at the University of California, Irvine, has found that the habit is a self-perpetuating cycle.

She uses sensors — Fitbit-like "acto-graphs," lightweight cameras, heart rate monitors and regular "probes" — to measure how our bodies and emotions react when we spend time online. And her lab's findings have been fairly consistent: Interruptions stress us out and keep us from properly concentrating, which stresses us out further, disrupting our concentration further, and on and on.

And at one point, the distractions can become almost a default. "People get into a habit — or they're even conditioned, if you will — to be interrupted so that their attention can't last for any particular length of time," Mark says. "If they're not interrupted by an external source, then they self-interrupt."

Neuroscientist Daniel Levitin says our brains "have trouble separating the trivial from the important, and all this information processing makes us tired." In fact, one of the side effects of being overwhelmed by information is having a harder time processing text.

And so we look for shortcuts: infographics, listicles and even the emoticons of the world. Tsivrikos says his research has already started to document the extent to which younger people really prefer to communicate through emoji.

"People do want to communicate more visually," he says. "It's a lot easier." It's like skimming for the pictures in a textbook, but on a huge, cultural scale.

5. The implications are just starting to settle in on a mass cultural level.

Genevieve Bell, chief anthropologist at Intel, says our rising concern about excessive information consumption is a natural outcome of our relatively new love affair with technology.

"One of the challenges is [that] the same pipes that bring us information are also enmeshed in the rest of our lives," she says. "It's where we go to make a living, manage our private relationships, find entertainment. It's hard to tease them apart."

And now, in essence, the novelty of the devices and the media we consume on them is just starting to wear out.

Levitin argues that we have to come up with a new, realistic system of prioritization: "We need to self-select and filter and allow in the information that's meaningful to us and important to us, and then maybe let in a trickle of stuff that's just, you know, whimsical or fanciful. Like, what George Clooney wore at his wedding," Levitin says. 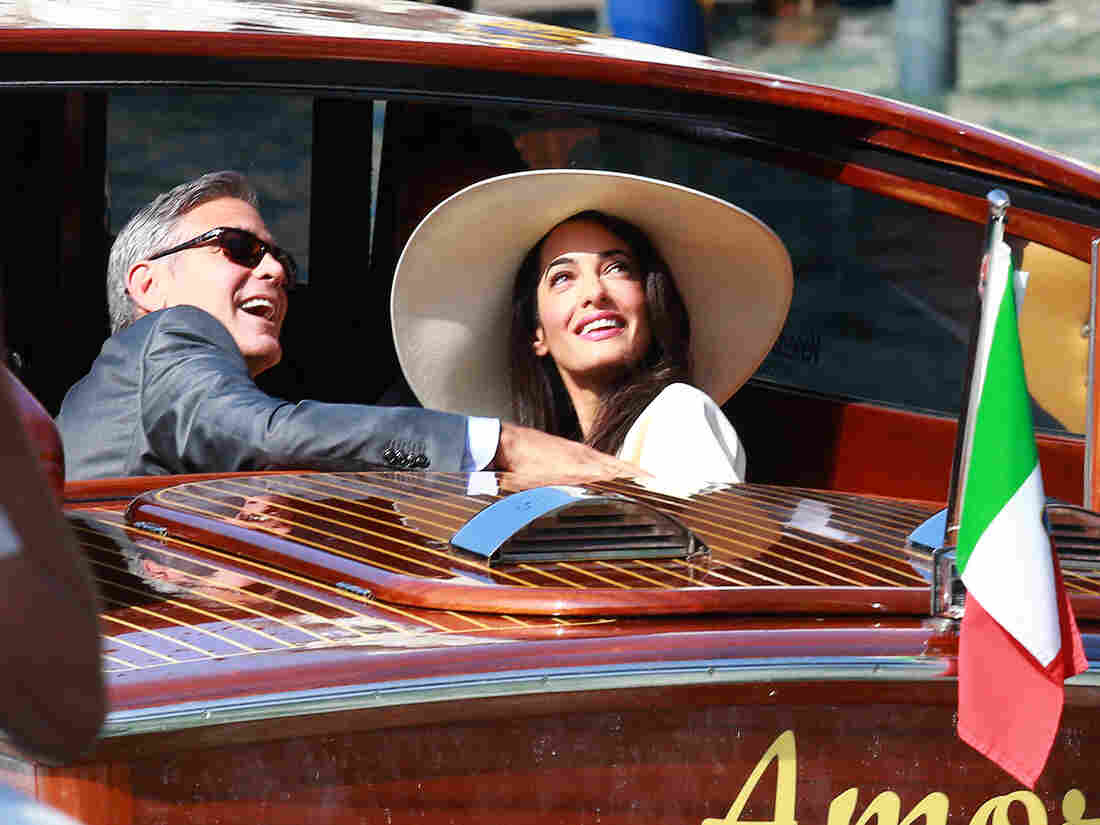 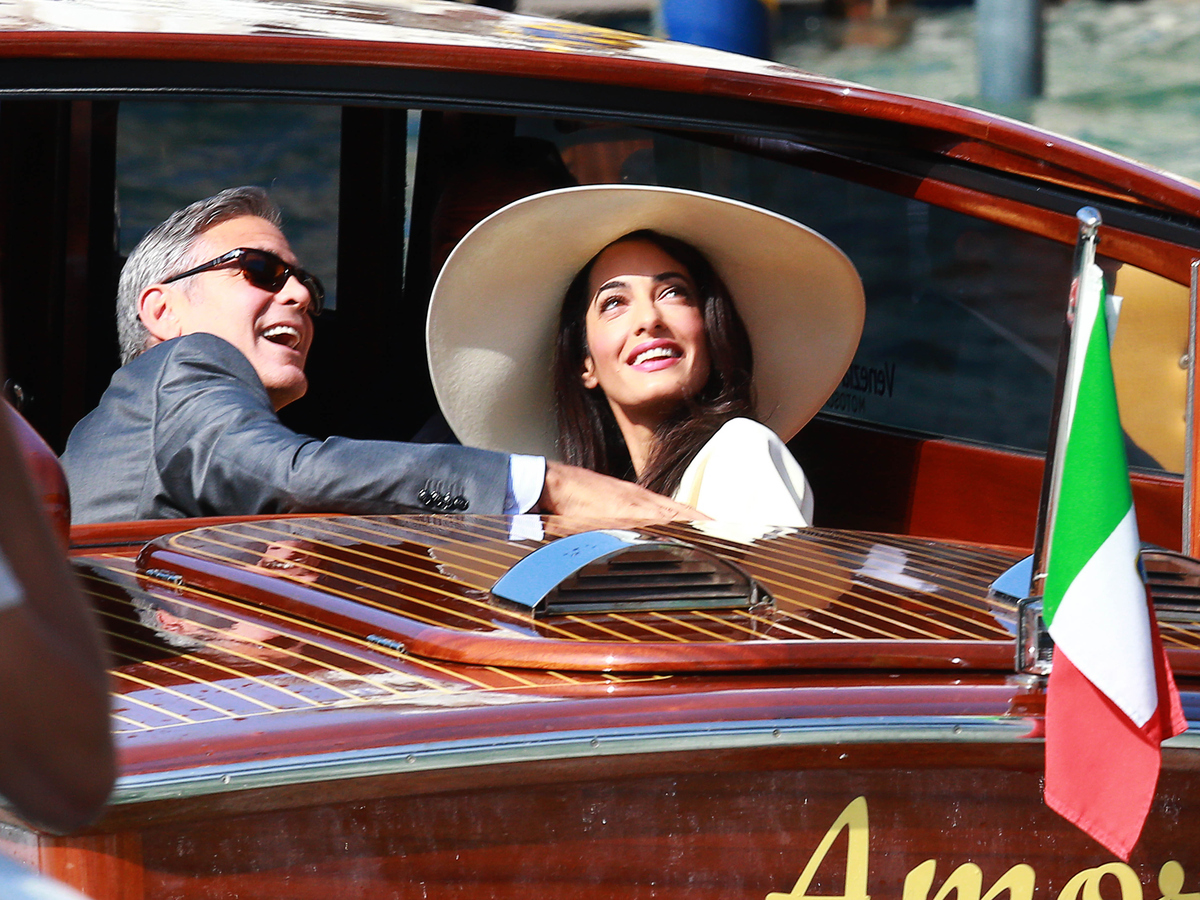 George Clooney and Amal Alamuddin make their way to their civil wedding in Venice, Italy, on Sept. 29, 2014.

6. But! There are things we can do in the meantime.

Anthropologists would remind us that the status quo is always changing. "There's no guarantee that where we sit at the end of 2015 going into 2016 is our destiny," Bell says. "It is in fact a moment in time."

Scientists say there a few basic principles that may help us readjust our information intake to sustainable levels: We have to set information goals; we have to write them down; and we have to be reminded of those goals — or "probed" — at opportune moments throughout our day.

Do you want to try? We've worked with a group of neuroscientists, behavioral engineers and social psychologists to synthesize what's known about information overload into a week of experiments. We think they'll help. But we won't know until we try — actually, until you try!

Sign up for a week of challenges to test it out with us. It's neuroscientist-approved, it'll fit into your daily life, and ... yes, it will even be fun.