Accessibility links
A Video Game IRL: Drone Racing League Aims To Be NASCAR In The Air : All Tech Considered Goggles and onboard cameras put pilots and spectators in the cockpit as the drones race at high speeds through crazy courses. The Drone Racing League's first season kicks off next month in Miami. 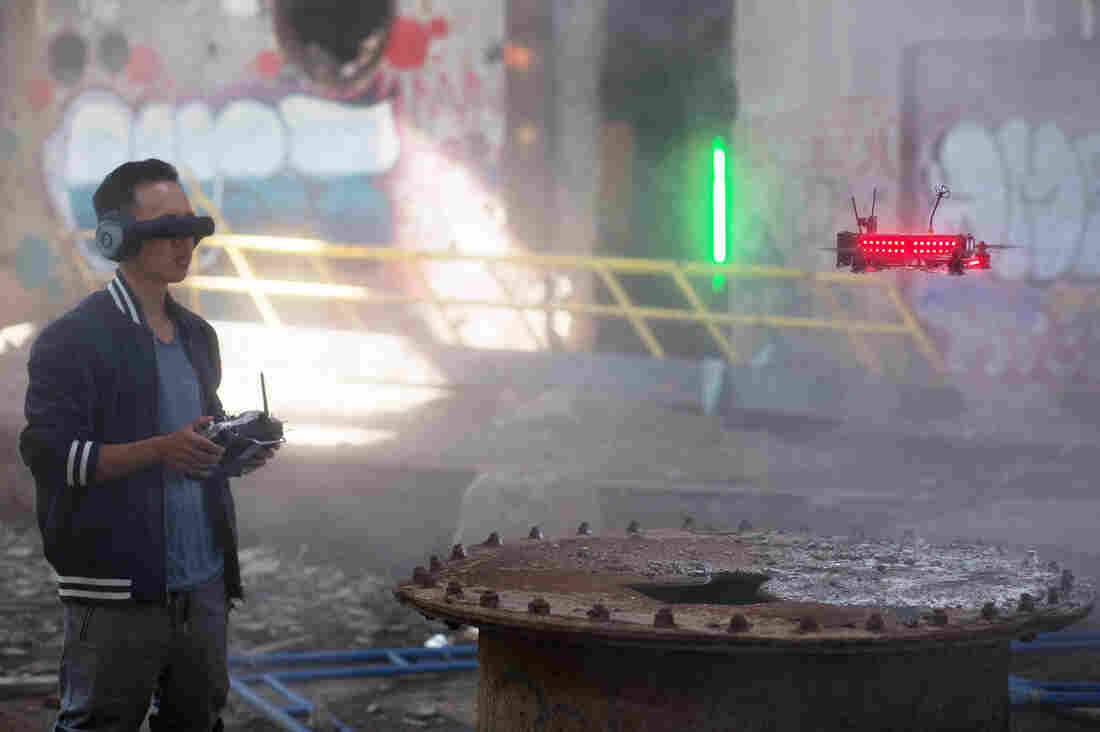 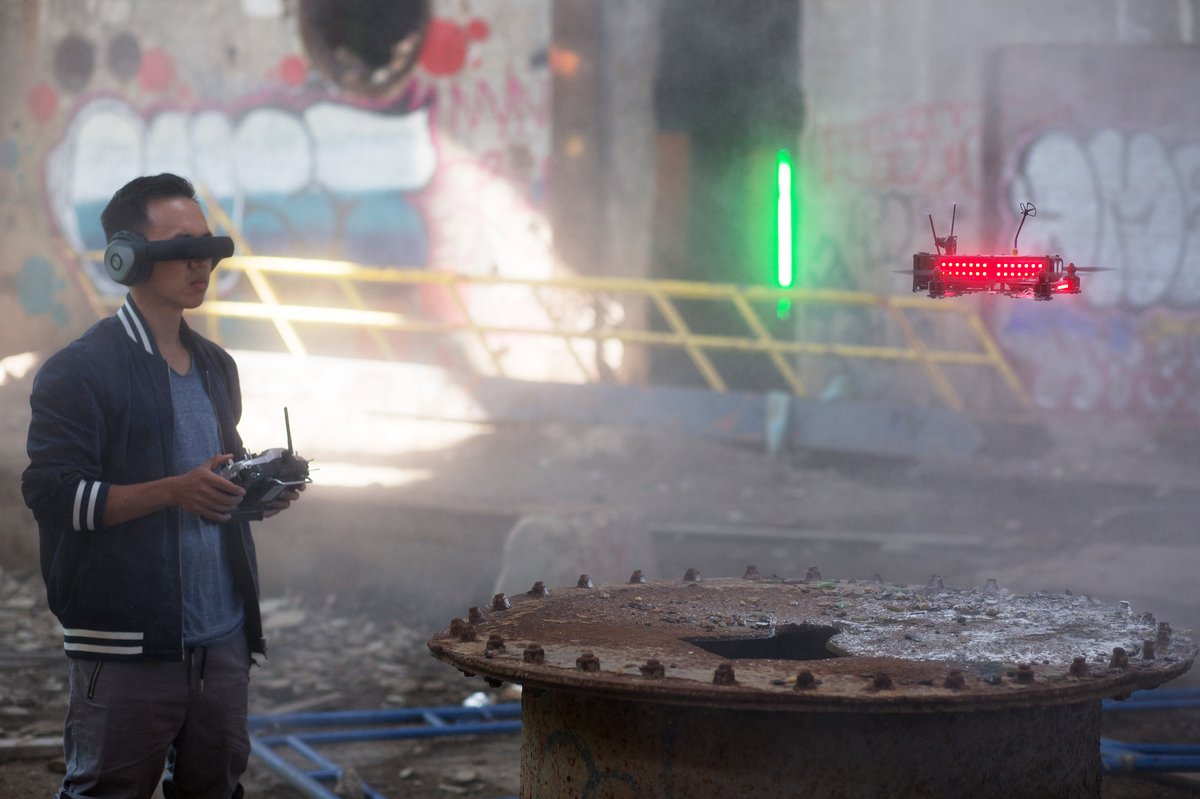 UmmaGawd (Tommy Tibajia), a pilot in the Drone Racing League, flies his quadcopter in an abandoned power plant in New York.

Can drone racing be the next NASCAR? That's what Nick Horbaczewski is banking on. He is the CEO of the Drone Racing League, and he has lined up millions in venture capital to bring his vision to reality.

Using remote-control quadcopters with onboard cameras and virtual reality goggles, pilots race the drones through complicated courses with hairpin turns, obstacles and precipitous drops. The first-person perspective lets spectators watching the race videos online feel as if they are in the cockpit too, racing at dizzying speeds of 80 mph or more.

The pilots are from around the world and race under names like KittyCopter, Legacy, Steele and UmmaGawd — and, like so many athletes, participate in the drone racing version of trash talk.

So far, the races have been filmed and posted online. The league is working toward live events and live broadcasts.

More than a dozen drone pilots are lined up for the 2016 race season, which kicks off next month at Sun Life Stadium, home of the NFL's Miami Dolphins.

"It's a whole new world — it's right on the borderline between the digital and the real," Horbaczewski tells NPR's Rachel Martin.

On the type of drone used

These are small, quadcopter drones, and they go very, very fast. ... Same concept [as the hobbyist version], but ours are sleek carbon fiber, very powerful, and they go north of 80 miles an hour.

These are serious pieces of equipment, and they have a little camera on them that feeds a video signal back to the pilots. So the pilots are wearing these goggles that see what the drone sees, basically, so it's like sitting in the cockpit of the drone. And they fly it with the remote control through complex three-dimensional racecourses that we set up in interesting and unique venues, like NFL stadiums and abandoned buildings all over the world. 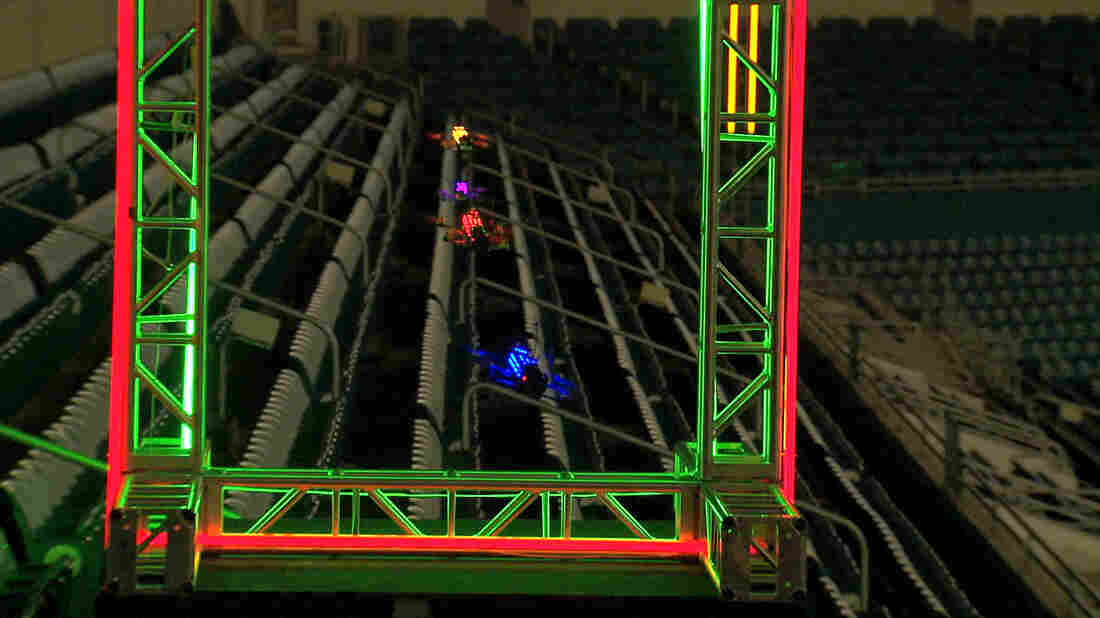 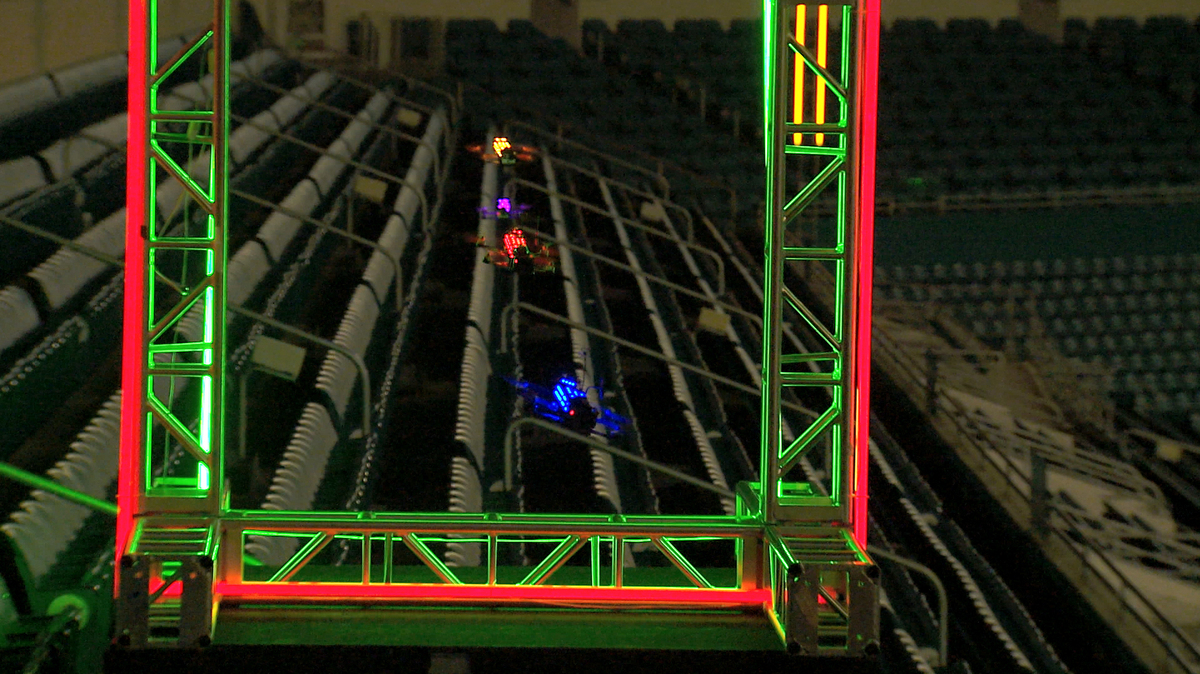 The course wraps around the [Sun Life Stadium's] bowl, through the concourses, down through the people movers. These are actual drones flying through a real space. ...

It's a new sport and you have this three-dimensional course. ... We have these gates that [the drones] fly through that we light up in bright lights so that they can see them and the audience can see them, and the drones have to pass through them and follow a particular path through the space.

On turning a high-speed, dizzying race into a watchable sport 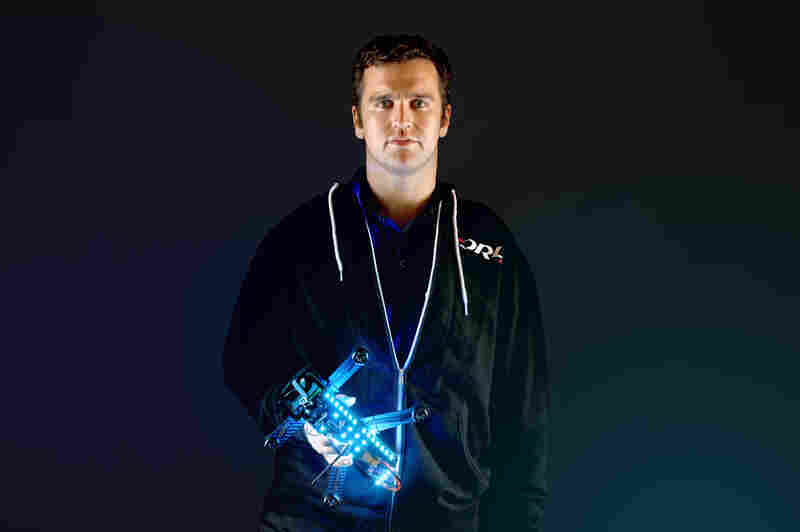 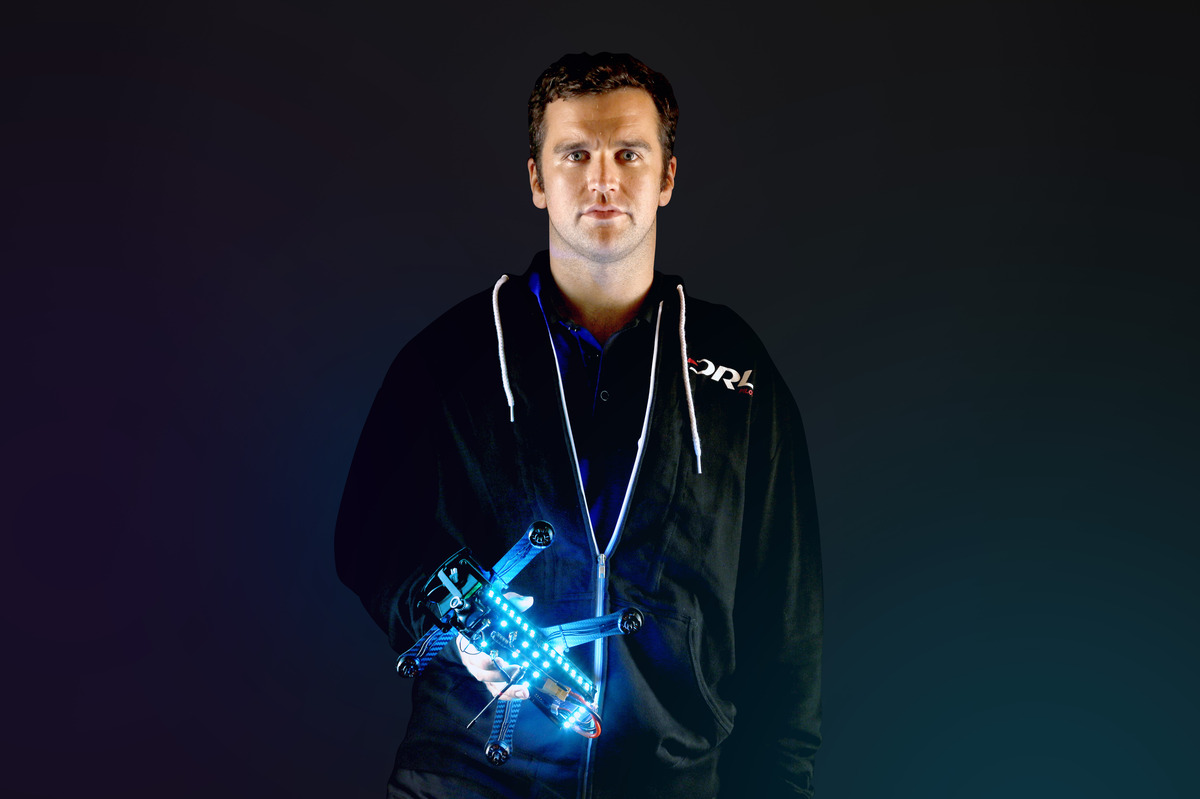 It takes a little bit of getting used to. ... It's like sitting in the cockpit of a drone going 80 miles an hour through a hallway. ...

One of the things that both pilots and spectators love about this sport: When you put on the goggles and you're getting that feed or you're watching it on a screen, you get the sensation of flight. This thing goes up in the air and takes a flip, and your stomach drops a little bit because your mind is thinking, "I'm that drone — I'm going that fast." We call it immersive. ... It's an immersive sport because it pulls you in and it lets you feel like you're riding on the drone. ...

It's a whole new world. It's ... right on the borderline between the digital and the real, 'cause it's sort of like a real-life video game.

At the Drone Racing League, we design and build all of the drones that are used in our events. So we're bringing over a hundred drones to an event, so it's a sizable team of people that are drone engineers and fleet managers that keep all those drones in pristine working order.

What You Should Know Before You Test The Holiday's 'Flyest' Gift

On creating drama and spontaneity

There are tons of unknowns in our [videos]. ... There's drama, there's moments of disappointment, there's ties, there's tie-breakers, there's heartbreak and the thrill of victory. It's all in there. This is racing. It's got all the elements of car racing but mixed with three-dimensional flight. We bring all those stories out, we tell you who the pilots are, we tell you what's happening.

We've launched some of the content over the last few days, and we've been surprised. A lot of it is what you'd expect — millennials who like interesting, fast-paced content, the digital, and love drones and technology. But there's also a huge interest from race fans, the traditional racing fans, people who love car races and speed sports, motorcycle racing. They love the speed, they love the thrill, they love the crashes. ...

Oh, there are lots of crashes. Crashing is a part of the sport of drone racing. You're flying very high-speed craft through narrow spaces, and pilots will occasionally miss a turn and they hit a wall, and these drones disintegrate, because they're flying so fast and they have so much energy. But it's part of the fun. It's a drone. When that happens, we get a new drone, and pilots get a new one in the next race. And no one gets hurt.