Accessibility links
In Apple-FBI Fight, Congress Considers Aggressive And Measured Approaches : All Tech Considered National security hawks want a bill that would order tech companies to open phones for law enforcement; other legislators think a panel should dig into the subject and make recommendations first. 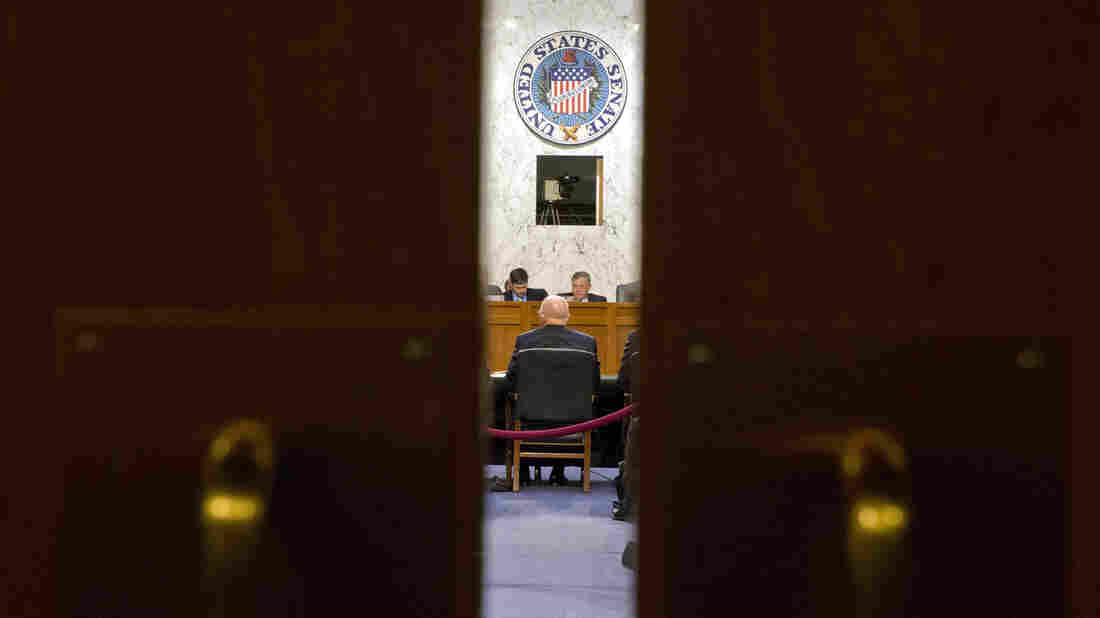 Director of the National Intelligence James Clapper, seated at the table meets with the Senate Intelligence Committee Feb. 9, including Chairman Richard Burr, R-N.C. Burr and the committee's minority leader, Sen. Dianne Feinstein, D-Calif., are working on a bill that would force companies like Apple to help prosecutors unlock the phones of criminal suspects. Alex Brandon/AP hide caption 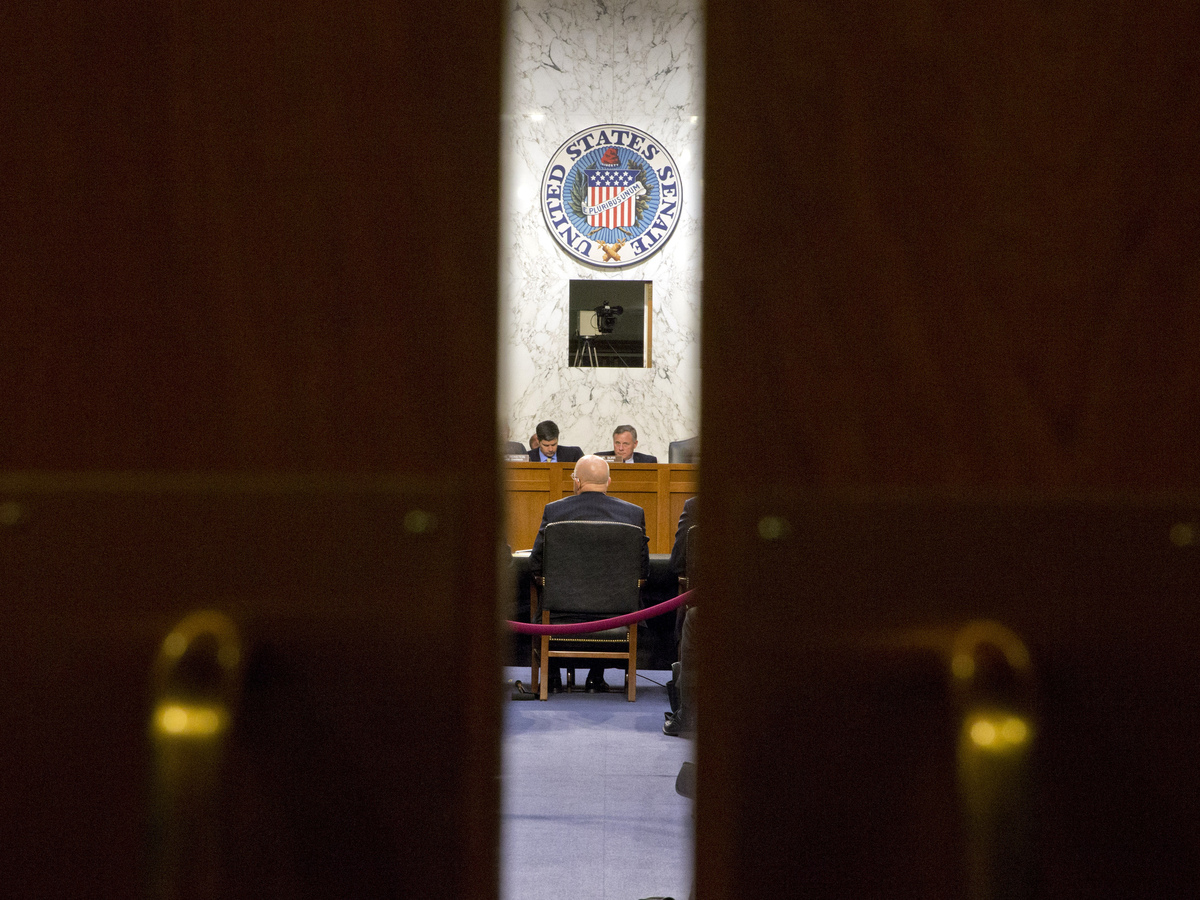 Director of the National Intelligence James Clapper, seated at the table meets with the Senate Intelligence Committee Feb. 9, including Chairman Richard Burr, R-N.C. Burr and the committee's minority leader, Sen. Dianne Feinstein, D-Calif., are working on a bill that would force companies like Apple to help prosecutors unlock the phones of criminal suspects.

While Apple and the FBI fight in court over the government's demand that the tech company to help it break into the iPhone of one of the San Bernardino shooters, Congress is trying to find its own solution to the digital security/national security debate.

Lawmakers' best hope for consensus may be that Washington staple, a commission — like the one outlined Wednesday by Sen. Mark Warner, D-Va., and Rep. Michael McCaul, R-Texas. It would be modeled on the panel Congress formed to investigate security break downs prior to Sept. 11.

McCaul says that he knows some will be skeptical of the idea, as he himself initially was, but that he considers it the best response available right now.

"There is no easy, knee-jerk, legislative response at this time," he says, but adds that leaving the issue alone isn't a good choice either. "If Congress does nothing, as some would advocate ... and we get hit in the United States with a Paris-style attack? I don't want that on my hands."

If Congress approves the commission — which Apple says it supports — McCaul and Warner want to include members from law enforcement, the tech industry, privacy advocates and the Obama administration. The panel would issue an interim report in six months and a final set of recommendations in a year.

Warner says it's something Congress already should have done.

"In many ways the current litigation that's taking place might not have been needed if we'd had this kind of approach a few years back," says Warner, adding that he fears that the sides are "talking past each other."

Warner says the commission's work will go beyond the Apple-FBI battle that's now making news — that, he says, will be settled in court — to instead focus on broader digital versus national security issues that need to be settled by Congress. There is no consensus on what action, if any, that Congress should take — though there already are clear sides being taken by legislators.

On one side are national security hawks, including Sen. Dianne Feinstein, D-Calif., who is critical of Apple for fighting the court order.

"I didn't think a company would set itself above the law," she says, "particularly a California-based company like Apple — which is a great company. And I still hope they will reconsider."

Feinstein, the senior democrat on the Senate Intelligence Committee, is working on a bill with the panel's chairman, Republican Richard Burr of North Carolina. It would force companies like Apple to help prosecutors unlock the phones of criminal suspects.

She says she is fine with a commission exploring solutions to the matter, which she says does not "contravene passing a bill ... which simply says everyone must cooperate if there is a probable cause court warrant."

But intelligence committee member Ron Wyden, D-Ore., says such a bill would not be the right approach for lawmakers to take.

Wyden says even if Congress were to weaken encryption protections in the United States, there are plenty of foreign encryption apps available that would allow bad guys to get around that law. Wyden has asked Director of National Intelligence James Clapper to review Don't Panic, a report produced by Harvard University's Berkman Center for Internet & Society, which argues that much data usable by law enforcement is currently unencrypted and likely to remain so.

Wyden says he too could support a commission, as long as it's not "stacked" in favor of law enforcement.