Accessibility links
Should Law Enforcement Have A Warrant To Know Where You've Been? : All Tech Considered Among many privacy issues debated in the courts and Congress is whether law enforcement officials should be able to know someone's whereabouts, as recorded by cellphone towers, without a warrant. 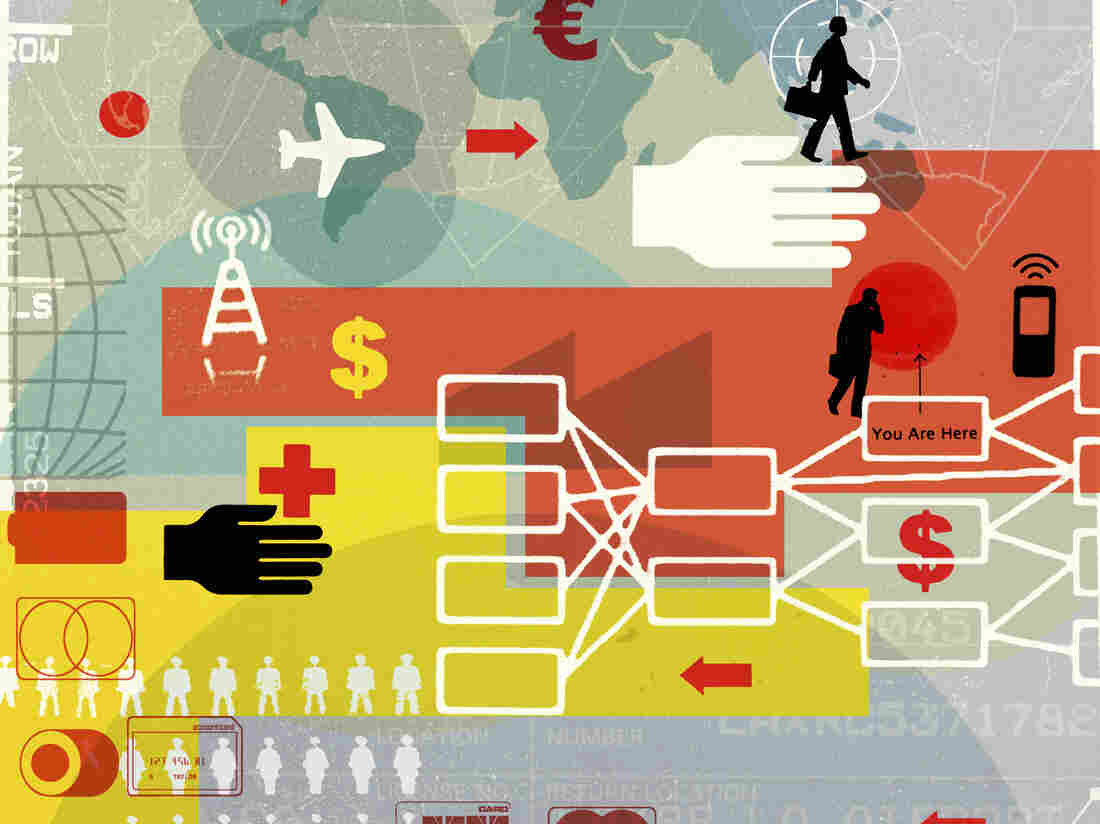 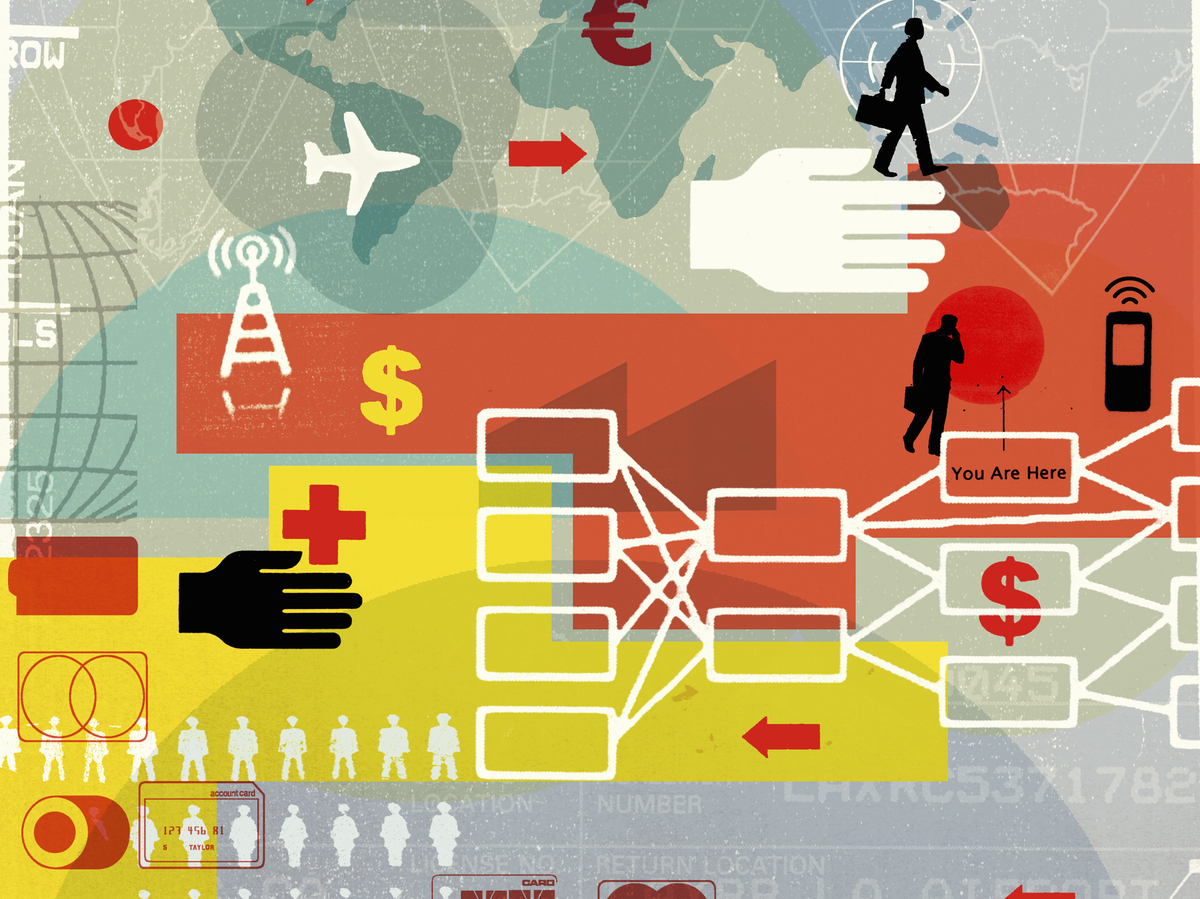 One day after congressional lawmakers grilled the FBI chief and Apple's top lawyer about government's access to encrypted data, another smaller, less spotlighted panel convened on Capitol Hill — to tackle the question of the government's warrantless geolocation tracking.

The issues aren't exactly similar. In Apple's legal clash with the FBI, at stake is the scope of government's power to compel the cooperation of an unwilling tech company to gain access to encrypted information. Here, the question is how easy it should be for law enforcement to track someone's whereabouts.

But underlying it all is the heated — and growing — public debate over privacy in the age when technology makes our lives increasingly transparent and information-gathering more convenient.

It's a debate that's flooding media headlines, landing in courts around the country and, in Washington, creating unlikely alliances.

"I find myself in a very difficult spot. I don't know that I have on many occasions ever agreed with the [American Civil Liberties Union]," North Carolina Republican Mark Meadows said at the hearing of the House Oversight Committee. "And I don't know on many occasions that I've ever gone against law enforcement. And yet this fundamental question that we're here today addressing is ... very troubling, because the expectation of privacy foundationally is what all Americans presume that they should enjoy."

The remark was addressed at Richard Downing, deputy assistant attorney general at the Justice Department, who testified about the value of location information to investigators. Someone shot at a federal judge in Florida and records of the phones that were nearby helped quickly narrow down the list of suspects. In California, shooters killed two people and stole the victims' phones; phone location details helped build a case against the two suspects.

The overarching question that the lawmakers are tackling is whether law enforcement's access to details of where someone has gone or will go, as recorded by phones and other devices, should require a search warrant and "probable cause."

The issue goes back years. A seminal court decision landed in 2012, when the Supreme Court ruled unanimously in U.S. v Jones that attaching a GPS device to a car and tracking its movements constituted a search under the Fourth Amendment, which protects against unreasonable searches and seizures of people and their effects.

Justice Antonin Scalia, in the court opinion, argued that installing such a device on the car of a suspected drug trafficker under an expired warrant amounted to a search and violated the Fourth Amendment. However, he left unresolved the question of whether the process of tracking the movements of the car, over time, was something that required a "probable cause" warrant.

Different federal courts have since ruled differently on whether "probable cause" or "reasonable suspicion" may be the right standard to obtain various geolocation records, and two cases are pending.

None have yet dealt with any newer technology, like fitness trackers or navigation systems built into cars, but the debate has long centered on cellphones.

Advertising Company Will Use Its Billboards To Track Passing Cellphones

Phones regularly ping cell towers (aka cell sites) to register their position, producing location histories and other records. Such historical data are a business record collected by phone companies, and in their responses to an inquiry from Sen. Ed Markey, D-Mass., in 2013 major telephone carriers said they retain location data from cell towers for as little as six months and up to five years.

Investigators could also request real-time updates from telephone companies. Or, they could use a device called a cell-site simulator, more commonly known as a Stingray, that intercepts phone signals and collects geolocation and other data by pretending to be a cellphone tower.

Facing a public outcry over the use of Stingrays last year, the Justice Department set a new requirement that all federal investigators get a warrant from a judge demonstrating probable cause, in most domestic criminal probes.

According to Downing, the Justice Department's guidance also does require probable cause warrants for real-time tracking of phone locations, as they are considered more intrusive — but not for historic data from cell towers, which are technically subject to the reasonable suspicion standard.

Though phone carriers have generally aligned their approach with the DOJ standard, the federal tracking policies don't directly apply to local and state law enforcement, and their potential application to new technologies is unclear.

The DOJ has a memo delineating all elements of the federal agency's interpretation of the Jones decision by the Supreme Court, but it remains unavailable even to lawmakers, prompting ongoing tiffs with House Oversight Chairman Jason Chaffetz, R-Utah.

"There's just not a great deal of transparency over what data is being stored and what law enforcement believes the standard should be," says Neema Singh Guliani, legislative counsel at the ACLU, which has been lobbying for greater transparency and stricter legal standards.

"It's like you're trying to cure the disease and you don't understand the disease," she says.

The distinction between historic and real-time data in particular drew concerns from various lawmakers at the hearing. "I completely don't understand that distinction," said Rep. Ted Lieu, D-Calif. "I think it's stupid and meaningless."

Several of his Republican colleagues particularly zoomed in on the fact, disclosed by The Guardian last year, that the Internal Revenue Service has Stingray gear and could be tracking people. The IRS has been in the bull's-eye of many conservative Republicans following the allegations that it targeted political Tea Party groups.

Chaffetz's bill, the Geolocation Privacy and Surveillance Act, would require a warrant for any geolocation data and has the support of the ACLU — but it's not actively moving through Congress since its reintroduction last year.

Michael Doucette, the commonwealth's attorney from Lynchburg, Va., argued that requiring a search warrant to get a suspect's past phone locations would thwart investigations in early stages: