Accessibility links
When You Become The Person You Hate On The Internet : All Tech Considered Author Sarah Hepola has complained for years about the random hatred of the Internet. Then, with one careless post, she became part of the problem. 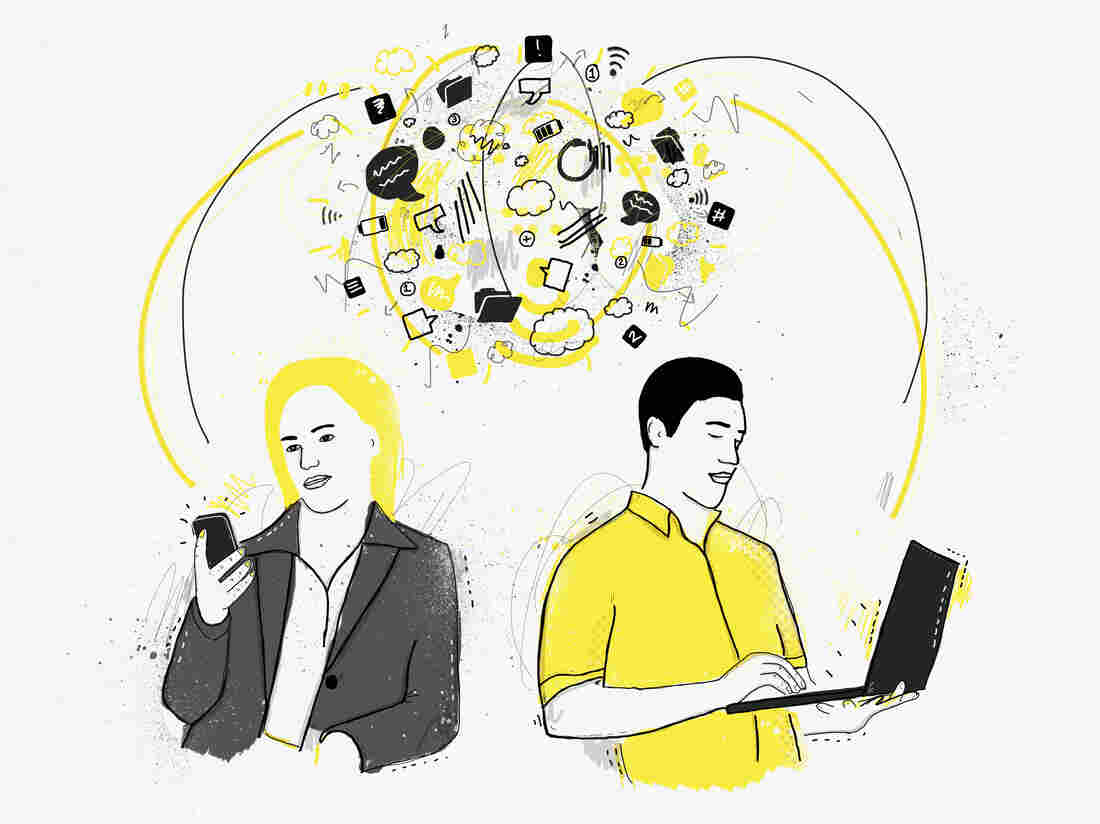 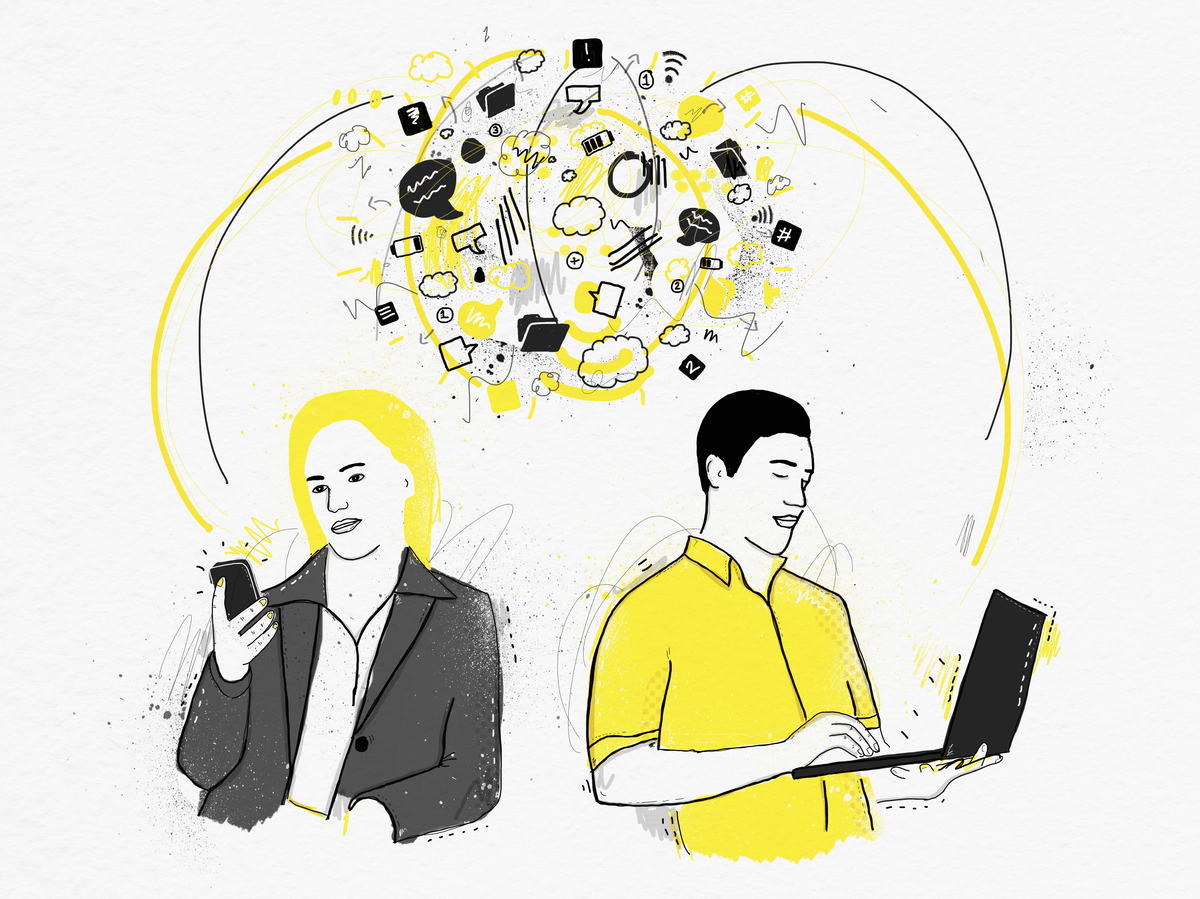 I was feeling cheeky one afternoon when I posted to Facebook that the '90s hit "Breakfast at Tiffany's" was the worst song of all time. It had been nearly two decades since the release of that single — about a bickering couple who reconcile thanks to an Audrey Hepburn film — but I heard the chorus in passing that day, and it got stuck on this crazy-making loop in my brain.

From the reaction to my post, I could see I wasn't the only one who still held a grudge against a harmless '90s earworm. My friends piled on, creating a delightful little bonfire of disdain, but I had forgotten one detail: A guy from the band was in my friend circle.

I didn't know him very well. He lived in Dallas, like I did, and I'd met him years ago when I was the music editor for an alternative paper. He was something of a local hero, having turned that one-hit wonder into an indie record label, and he was known for being a good guy — all important details I remembered roughly 45 minutes after hitting the "post" button.

For years, I've complained about the random hatred of the Internet. It was the worst part of writing online: Show up with your heart in your hand, and a bunch of strangers line up to throw rocks in your face. I was so freaked out by comments on my own stories that I had once considered not writing at all anymore. I badly wanted a thicker skin, but I also knew I had become a writer because I was thin-skinned. I took on other people's discomfort, and I flinched at the tiniest finger flick of rejection. I was a sensitive person — but I had just done a very insensitive thing.

I would never have said this to his face. But technology is such a bait and switch, giving you the feel of anonymity at the very moment your words have the farthest reach. And my comment was exactly the kind of random stone-throwing that had wounded me over the years: Boo, you suck, go away. I had done this ... why? For a tiny dopamine hit? For a few people to think, for 20 seconds, that I was clever?

Policing The Trolls: The Ins and Outs of Comment Moderation

I should have just deleted the post. I can't tell you why I didn't do that, except I worried that deleting the post would draw more attention to the mistake. I was starting to shame spiral. I alternated between "how could I do this?" and "was it really that big of a deal?" Maybe he doesn't check Facebook. Maybe he wouldn't even notice! Facebook is such a swift-moving stream of drunken selfies and political outrage and adorable videos of baby elephants, and what were the chances this one guy would see this one dumb little post?

He did, of course. And he left a comment, although he didn't sound angry so much as disappointed, like he'd thought I was a nice person. And I am a nice person, although I sometimes do not-nice things. I've long felt torn between the opinionated crank who wants to sneer at the world and the good little girl afraid to hurt anyone's feelings.

I went to a comedy show that night. I didn't laugh much. At one point, I excused myself to go to the restroom, but I sat in the lobby instead. I had deleted the post by then, but I still wanted to explain myself. And what was my excuse? In the past, I'd reached out to people who wrote nasty comments on my stories, and they often said the same thing: I didn't think you would read that. I was embarrassed to find myself in the same place. I'd spent all those years complaining that people on the Internet could be such bullies. I had forgotten that "people on the Internet" included me.

I wrote him a message. It was short and imperfect. "All I can say is, 20 years after that song came out, people are still talking about it," I said. "Also, I'm an idiot."

He didn't respond, but he also didn't unfriend me, which I thought showed a nice restraint.

... use social media enough and it will put you directly in touch with your own mistakes.

We hear a lot about how social media lets us present our glossy, perfect selves, but use social media enough and it will put you directly in touch with your own mistakes. Some clumsy opinion. Some joke you wish you could take back. We can all be thoughtless, we can all be cruel, which is good to remember the next time you find yourself on the receiving end of that random scorn.

I wish people would be more civil online. I wish they'd be more civil off-line, for that matter. But the messy human-ness of the Internet is part of what makes it so endlessly fascinating. I don't think the mass of humanity will ever stop throwing rocks, but I'm trying to be a little smarter about when I chuck mine.

Sarah Hepola is the author of the memoir Blackout: Remembering the Things I Drank to Forget.